"Digital out of home is the powerful missing link in brand-building; the noise around this sector is as loud as it has ever been."

Tim Bleakley should know. As Ocean CEO, he has presided over the evolution of the Ocean Digital Creative Competition from its modest launch 10 years ago to the established annual diary fixture that now fills Waterloo’s IMAX with a crowd of 500-plus. Run in association with Campaign, and rewarding innovation and excellence in DOOH, the contest has given life to boundary-pushing ideas that have grown to become internationally recognised, reputation-building campaigns.

At this year’s awards ceremony, judges, winners and industry experts looked back over the past decade. Here are the top 10 takeaways from the development of DOOH creativity through the lens of the Ocean Digital Creative Competition.

1. We’re leading the world
"The Ocean Digital Creative Competition provides rich inspiration for everyone who believes in the power of advertising.

"A key moment in its evolution has been the growing international focus. When 18 Feet & Rising’s ‘March for giants’ took the international prize in 2016, it was a clear acknowledgement of UK creativity’s potency on the global stage. The campaign was intended to stop the slaughter of African elephants for ivory and marked the world’s first, real-time, fully integrated campaign generated entirely by consumers and brands.

"It was proof that brilliant ideas start here and fly around the world. It’s exciting to consider that British creativity is one of our most powerful and profitable exports."
Claire Beale, global-editor-in-chief, Campaign

"Important areas of evolution in DOOH have been: quality and accessibility in screen development; the scale of opportunity across the UK; and the promotion of creativity and fresh thinking around what is possible. All you need is an idea, and the magnetic pull of the medium and the ways we can use it will develop accordingly.

"Another key element is the importance of collaboration to push things forward, with media owners working with the whole industry to ensure we deliver what we say, when we say, in a way that is unique, creative and engaging."
Helen Haines, head of marketing and events, Ocean

3. DOOH allows imaginations to run riot
"Ten years ago there was no iPad, Snapchat or Instagram. DOOH was just starting to happen, as was this competition, as was this wonderful new thing for us all to play with – technology. The most powerful competition entries are those that leverage tech to make an emotional connection deeply rooted in the advertiser’s message.

That’s certainly what ‘Mindpong’ did, a winner in 2013. The Brain Tumour Charity wanted to raise awareness of the symptoms of brain tumours in young people. It invited people to play the classic arcade game Pong on a massive screen, but with their minds. An EEG headset read how much the wearer was concentrating and moved the paddle on the screen. It worked, raising awareness and money for the charity."
Glen Wilson, managing director, Posterscope 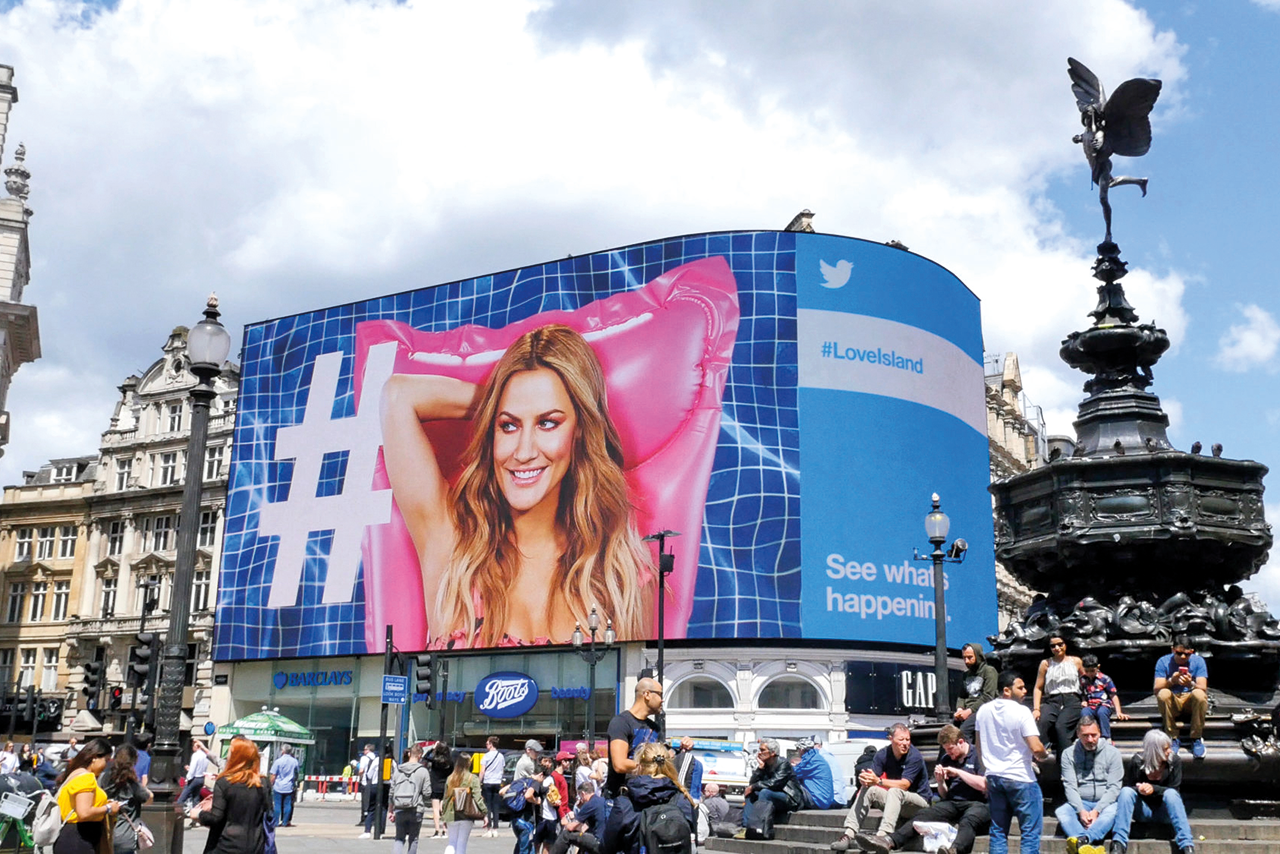 4. The competition pushes boundaries
"In 2012, Elvis won with its ‘The world’s first really live feed’ campaign for Compassion in World Farming. It invited shoppers to live-feed free-range pigs by linking smartphones to a pig farm in Buckinghamshire. They then watched apples being thrown to the pigs on Westfield’s billboard. We saw a 37% increase in traffic to this small charity’s website, and over 5,000 interactions and donations over the days we were live. It used sophisticated tech to deliver a seamless, interactive experience that overcame the inherent logistical complications of working with live broadcast.

"The expanding capabilities of the medium inspire us to push boundaries and approach clients to deliver best-in-class DOOH away from the constraints of what ‘should’ be done."
Emma Gardner, managing partner, Elvis

5. Collaboration is key
"In 2014 we entered the competition with an idea called #LiveTrends, partnering with Topshop during London Fashion Week, with the challenge of democratising fashion.

"Throughout the week, as key trends were being discussed on Twitter, designers at Topshop turned them into curated looks that appeared across the UK on Ocean’s digital screens. The location of the screens meant we could spotlight the looks within a 10-minute walk of a Topshop store, where those items could be purchased. We saw the real power of out of home and Twitter when working together.

"Since then, outdoor has been a huge player for us. Last year we kicked off a partnership with Ocean at Landsec’s iconic Piccadilly Lights. Using gigantic hashtags, we showcased the biggest cultural moments that were setting Twitter alight, encouraging people to ‘Join the conversation’."
Vivyen Bowdler, creative strategist, Twitter

6. DOOH can do good in the world
"In 2011, while at DLKW Lowe, we won an award for our client MicroLoan Foundation, a charity that makes small business loans to the poorest women in Africa. We came up with the idea of people to throw money at a poster, from their phones, and for it to land on the screen, creating a portrait of a woman in Africa, made out of pennies. When the donation landed, we wanted each portrait to appear in an online gallery, and each coin to be clickable so people can see who donated it. We didn’t know if it was possible then... but it was.

"I’m currently working on a DOOH project for a client that recognises the value of the kind of creative work that DOOH makes possible. Every year it pushes the boundaries of what can be done – it gives us new ways to solve clients’ business problems and the ability to attract, engage and motivate customers."
Paul Hancock, creative director, Engine Group, (ex-DLKW Lowe) 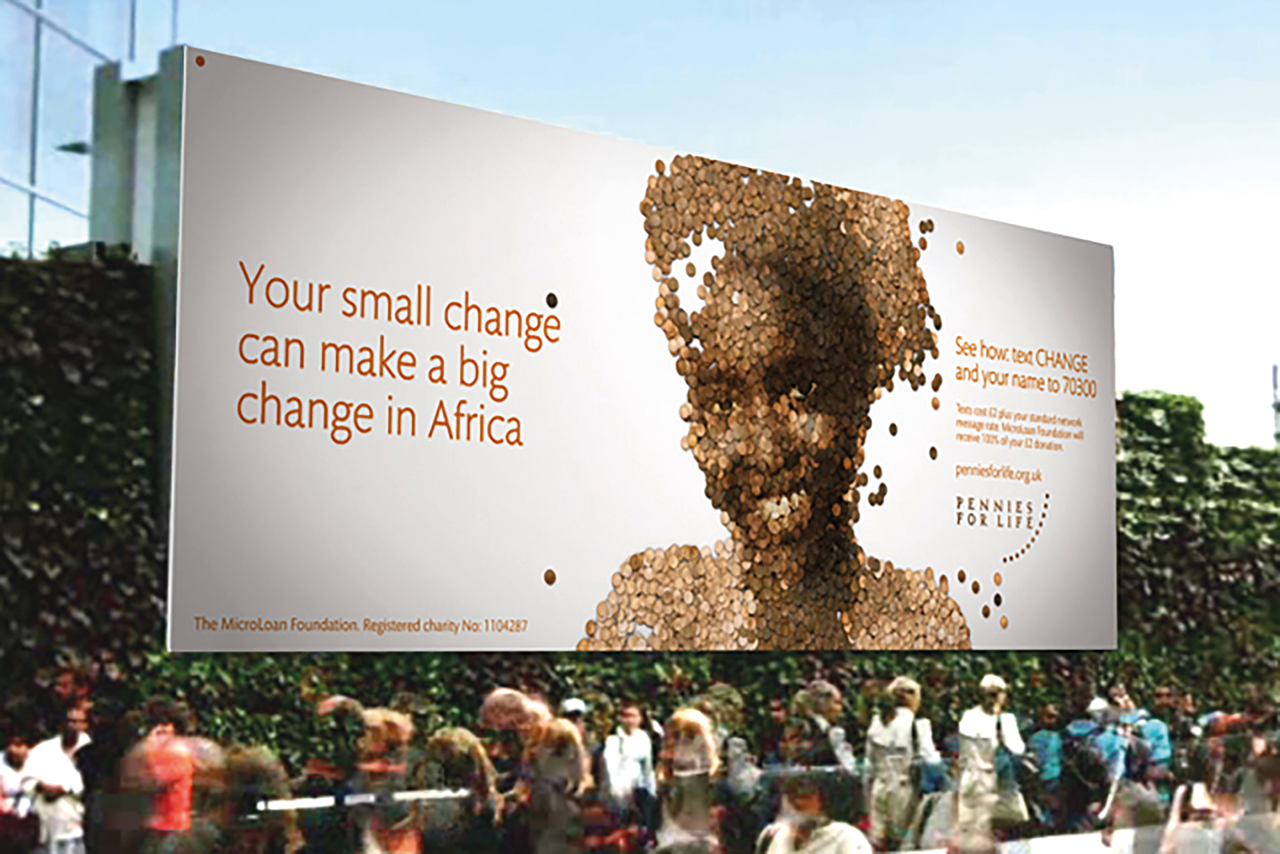 7. Physical + digital = magic
"We are on the brink of a paradigm shift in the understanding of the scale of opportunity that live streaming can provide, in a hyperconnected and impatient society.

"It plays on the fundamentals of what makes us human, the need to feel connected and part of something bigger. But in DOOH, it is transformed into a shared physical experience.

"Linking physical to digital creates immersive street theatre, the kind of experiences people want to share on social, making our medium punch above its weight. We know through our LookOut technology that these experiences deliver emotional shifts and drive genuine brand love."
Cat Morgan, director of Ocean Labs, Ocean

8. Digital cities for digital citizens
DOOH is a powerful tool to drive engagement with elusive audiences. With people more reliant on digital technology in their everyday lives, cities have become digital hubs where connectivity is crucial.

The importance of understanding human behaviour within those cities in order to cut through the noise is where DOOH comes into its own. It can help brands communicate with these ‘digital citizens’ by capturing their attention with numerous activations like no other medium.

9. We strive for excellence
Engine London’s ‘Look at me’, an interactive ad for domestic abuse charity Women’s Aid, was voted Ocean’s Grand Prix Winner of the Decade. The billboards featured a woman with bruises on her face, which remained if passers-by ignored her, but began to heal if people stopped to look. Voters in an online poll chose it out of 23 previous winners of the Ocean Digital Creative Competition to win the Grand Prix. Ocean CEO Tim Bleakley says: "This was a watershed for DOOH, drawing together large-format premium advertising with full motion, interactivity and gazedetection technology. ‘Look at me’ is a classic, not just because it was original, but because it had all the necessary elements to drive that all-important outcome – memory encoding."

10. DOOH looks to the future
"Neural interfaces or ‘cognitech’ will enable humans to share ideas and control machines by thought alone – and present big opportunities for DOOH. Consumers in smart cities will be able to buy products immediately after seeing DOOH advertising on giant holographic screens purely by the power of thought.

By 2030, machines will take over more analytical tasks, such as AI assisted technical production, which leaves us free to manifest new ideas, content, and thoughts into our consciousness and then into our lives. As creatives, we need to now elevate ourselves in the value chain and think more about what it means to be creative."
Matt O’Neill, futurist

No Medium of the Decade? Cinema would be a worthy winner