When you think of the accusatory bombardment the government communication machine faced throughout its century long life – from being the agent of nannying politicians to being complicit in their political propaganda – it should come as no surprise to learn that it was born amid conflict.

The Great War still had 21 bloody months to run – and the Russian Revolution was kicking off – in February 1917 when ministers established a Department of Information. It began a process that, 84 years later, led to the government becoming the UK’s biggest advertiser.

You might argue – as the government’s current communication chief, Alex Aiken, does – that much hasn’t changed during those hundred years. Helping to transform people’s behaviour at home while managing Britain’s reputation abroad, including countering Russia’s dissembling, has been its constant raison d’être.

What sparked that machine to life in 1917, however, was challenging the kaiser’s propaganda.

The PR campaign mounted against the Germans, which had begun at the war’s outbreak in 1914, was based very much on intellectual argument. A stellar group of literati – among them HG Wells, Rudyard Kipling and Arthur Conan Doyle – was invited to a meeting in London by the then British War Propaganda Bureau and several agreed to write books and pamphlets making the government’s case. 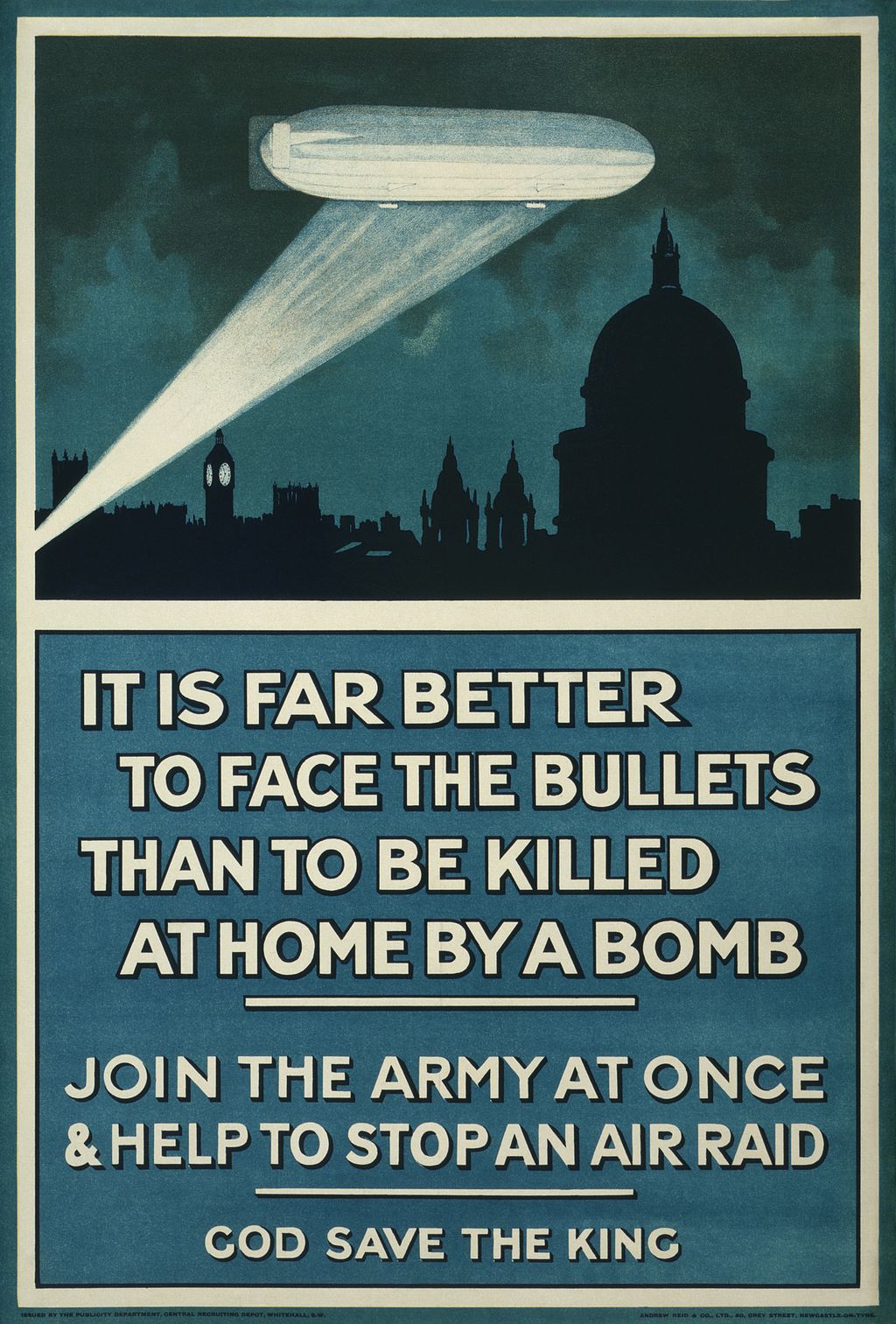 The literary link was carried forward into the Department of Information, whose first head was a newly promoted lieutenant colonel and former army intelligence officer paid the princely sum of £1,000 a year. His name was John Buchan, author of The 39 Steps.

By early 1918, however, the government, having decided to put propaganda in the hands of a political heavyweight, appointed Daily Express owner Lord Beaverbrook as minister of information.

With the armistice, the ministry was felt to have outlived its usefulness. Communication, now devolved to individual government departments, became half-hearted and sporadic because ministers felt little need for it. Campaigns that did run were almost exclusively devoted to bolstering Britain’s image abroad.

The return of hostilities in 1939 kick-started the government communication machine again. Within a day of war being declared on Germany, the Ministry of Information was back in business. This was partly because of an urgent need to fill gaps in public services caused by the drafting of so many men into uniform, but also because of an acknowledgment that maintaining civilian morale would be crucial.

It started badly for the ministry, which quickly gained a reputation for bungling incompetence and an association with lumbering bureaucracy that its post-war successor, the Central Office of Information, found hard to shake off.

It was epitomised by the dithering over the now famous "Keep calm and carry on" posters, of which 2.5 million copies were printed before officials expressed last-minute doubts about whether the message was too patronising or obvious. Unable also to settle on an appropriate time for the posters to run, the majority of them were pulped. 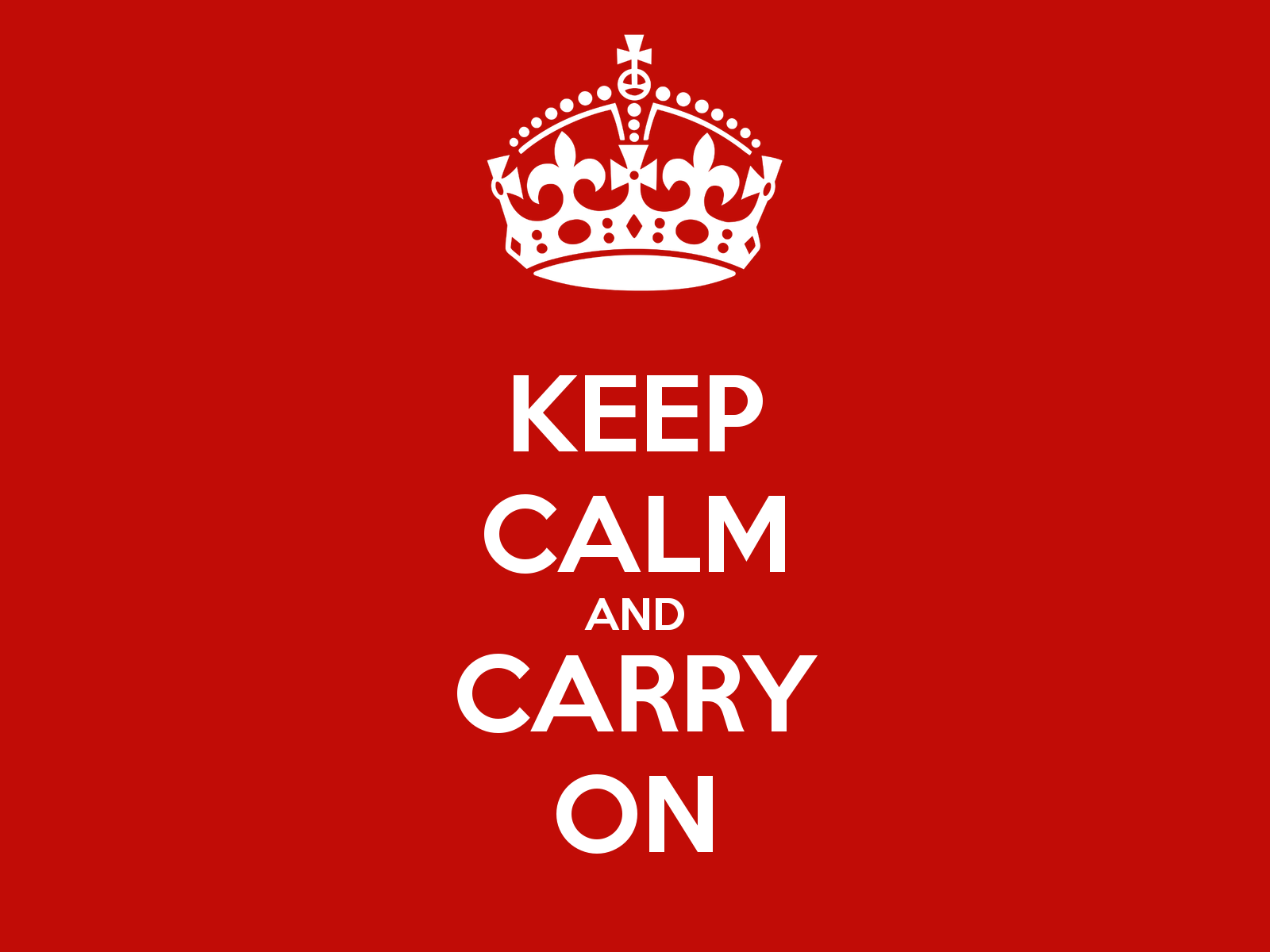 Little wonder the place broke the spirit of three ministers of information. One of them, Duff Cooper, told Winston Churchill that he was quitting in 1941, after one year in the job, because his heart wasn’t in it. "I suppose it was my fault," the prime minister said. "You should never harness a thoroughbred to a dung cart."

Nevertheless, the war years were the period when government advertising hit its stride, particularly because the Newspaper Society agreed to do its bit by offering the government a discount on the full rate for ad space.

Familiar issues such as road safety and blood donation were promoted in newspapers and on posters, along with more unusual ones such as killing rats, not being defeatist and curbing loose talk.

By the war’s end, government communication had built up a sufficient head of steam to ensure there would be no return to the devolved days of the interwar years. Not least because Clement Attlee’s 1945 Labour government, elected on the promise  of radical reform, was ushering in the new National Health Service and a social security system in need of objective communication.

The upshot was the formation of COI in 1946. With more than 1,500 staff, it enjoyed a high degree of autonomy from the beginning. Determined it should not become the Ministry of Propaganda, Attlee ordered that no government minister should be given responsibility for it, although it was under the Treasury’s wing.

Not having its own minister, though, was a double-edged weapon. While it brought COI a high degree of independence, the problem was that it had no friends in high places to fight its corner when the chips were down. This became sadly apparent when, as an adjunct to the Cabinet Office, it was given the chop in 2011.

Sixty-five years earlier, though, it had a tidy annual budget of £15m and a big say in how this was to be spent. Ostensibly, government departments and public-sector bodies could choose to appoint their own agencies, but two major ones – Transport for London and National Savings & Investments – were never in COI’s fold.

Others, though, welcomed COI’s hand-holding, particularly those faced with running privatisation campaigns, such Young & Rubicam’s "Tell Sid" for British Gas that promoted wider share ownership among the public. COI handled 25 privatisation campaigns between 1981 and 1996, helping departments through the complex flotation "dance steps".

These government relationships produced a string of iconic campaigns. None more so than the 1986 Aids awareness activity through TBWA that warned "Don’t die of ignorance" and its compelling demonstration that British advertising could be an overwhelming force for good.

But as the relationship with its "clients" changed – and COI began being paid out of departmental budgets for the services it provided – it was forced to grow more commercially astute. Once seen as a "semi-retirement home" for civil servants seeking an undemanding last post, COI began tapping into adland’s talent.

"Unless you’re running your own agency by the time you reach your early forties, you can feel very vulnerable," Peter Buchanan, a one-time Saatchi & Saatchi and Publicis senior manager who became COI’s deputy chief executive, says. "But these people had bags of experience and we set out to hire them."

This policy was a major factor in the accumulation of a COI reel crammed with award winning work, much of it from up-and-coming creative agencies that were nurtured and encouraged.

And if agencies were never going to get rich on COI business, they never had to chase payments, while creatives relished the freedom no other accounts allowed them.

This change in emphasis also manifested itself at the very top of COI, where first Tony Douglas and later Carol Fisher set a trend for appointing heads from a marketing and advertising background.

Alan Bishop, who succeeded Fisher in 2003 and a former Saatchi & Saatchi global chairman, was a particularly popular figure at COI’s North Lambeth home. He brought the kind of expertise that COI prized, providing it with a user-friendly outward face and, through his cultivation of Howell James, the first and only permanent secretary for government communication, ensured COI’s voice was heard where it mattered. Bishop’s abiding love of the arts, though, led to his resignation in 2008 to become chief executive of the Southbank Centre.

By the time Mark Lund replaced him, COI executives could see the government’s knives flashing. Steve Hilton, David Cameron’s strategist and one-time Saatchi & Saatchi executive, believed people’s habits could be changed using the right "nudges" rather than overt messaging.

At the same time, there was a growing belief among the Tories that much of COI’s output was politically tinged and "nannying", while COI itself was creating a demand it had to fulfil.

For their part, COI senior executives were resentful that they were being made scapegoats for a government marketing spend of £530m – 40% of which went on advertising – that they had no power to control.

Fighting for its life, COI proposed slashing staff from 650 to 150 and drastically reducing its activity. Whether or not this reinforced a long-standing criticism that COI was a bloated organisation is a moot point.

"You could make that argument," a former COI senior manager acknowledges. "In fact, the idea gained no traction and we knew we’d reached the point of no return."

He and others might be forgiven for their schadenfreude at the chaos that followed the decision to shut COI without thought of the consequences.

The Government Procurement Service, set up to centralise procurement and take over COI’s advertising remit, had no permanent specialists with marketing expertise. The resulting shambles so appalled the IPA that it passed an unprecedented motion of no confidence in the system.

Out of the mayhem emerged the Crown Commercial Service, boasting a wider remit and broader expertise than the GPS. It also saw the arrival of Aiken, Westminster City Council’s former communications chief, as the executive director for government communications.

"He’s a redoubtable and clear-thinking figure," an associate says. "What’s more, he’s done a lot of things COI was working towards in terms of fewer and bigger campaigns."

With a marketing spend of £250m to oversee, the CCS can be expected to put an emphasis on campaigns telling people how they can stay healthy and ease the pressure on an overworked NHS. Anything that can help bring a return on government investment, from boosting small businesses to encouraging young people to become apprentices to stimulating inward investment, may also get high priority.

Others suggest government communication may also be forced to sail close to the political wind by helping to bring about social cohesion in the post-Brexit era. M&C Saatchi won a £60m brief to tackle extremism last year. Aiken believes it’s very easy to define the line between public information and political spin. "It’s never an issue," he insists.

At the same time, the CCS has to balance the need for cost-consciousness and the temptation to use PR and social media when more traditional communications are still needed. Aiken himself acknowledges how well out-of-home performed in a recent trial campaign for universal credit in Greater Manchester.

The CCS, no longer under the scrutiny of an independent Advisory Committee on Advertising, unlike COI, has already sprung some surprises. While new rosters were expected to include more regional and smaller shops, the axing of long-time government roster shops such as Abbott Mead Vickers BBDO, Leo Burnett and McCann London caused some dismay.

One observer has described it as a "tick-box exercise" but suggests that agencies, hampered by the short amount of time given to complete the hundreds of questions posed on the procurement specification, did themselves no favours by assigning the job to junior staff.

"It’s been painful," a senior manager at an agency that found itself unexpectedly dumped admitted. "But while I don’t much like the new roster, it does seem pretty sensible."

Aiken believes he has a system that will work while delivering optimum value for money – unlike COI, which, he contends, clearly did not. "We have built very good relationships with the creative and PR industries," Aiken adds. "And I’m sure we have the best companies in place."

What remains to be seen is whether a government roster populated by so many small agencies will be effective. The upside is that those outside London and the south-east may be closer to the issues in their local communities than Soho shops.

And the downside? "It may make it harder to run an integrated campaign if your agencies are in Manchester, Glasgow and Bristol, and need to be talking face-to-face," Buchanan says. "You also have to ask if an agency with no more than 20 full-time staff has the necessary resource."

What’s certain is that, in its centenary year, the government’s communication machine remains unique.

Why? "Because of the repertoire of things in which it has to involve itself," a long-time observer says. "The commercial world doesn’t come close. Government communication is like water running downhill. The water might get blocked – but it always finds a way through."

From 'die-hards' to 'devastated pessimists', early thoughts from the Brexit election voter tribes