The Jubilee and Olympics brought only temporary calm to the storms that beset adland, from the eurozone crisis to the UK double-dip, lower client spend to agency collapses. By Ian Darby

It was the Chinese Year of the Dragon, but WPP’s Sir Martin Sorrell invoked a winged beast from the real world to describe 2012. Running short on letters of the alphabet or bathroom features to describe his mood, Sorrell talked instead of "grey swans".

Banish any thoughts of WPP’s leader up to his crotch in waders, squinting through military-issue eyewear in the hope of glimpsing the airborne bird.

He was alluding to imagery used in The Black Swan by Nassim Nicholas Taleb. "Grey swans" were four factors, including the eurozone crisis, that played merry havoc with the advertising market in 2012. But at least these were predictable. Just pray Sorrell doesn’t spot any black swans. These are real trouble, apparently – less visible and with wings capable of smashing the business world to pieces.

"Grey" at least describes many people’s experience of 2012. A colour palette that brightened fleetingly during a summer of celebration that promised to dispel both the real and economic dark clouds.

In the old pre-recession days, a year containing both an Olympics and the US presidential election would have represented an opportunity for the advertising industry to post several percentage points of growth.

It was an eventful year, characterised by big deals and pockets of great work

Yet, as the economy worsened once more, adspend forecasts for the UK were downgraded. The overall growth of 1.6 per cent now predicted by ZenithOptimedia for 2012 is a dip on the 2.2 per cent initially forecast. For some sectors, the news was worse. Newspaper ad revenues are expected to fall by 7.3 per cent in 2012, while the TV market, after a flat 2012, is expected to contract by 1 per cent in 2013.

At least linguists had a field day. "Jubilympics" seeped into common parlance, while Lord Coe and his fellow Games organisers must have been relieved that another neologism, "omnishambles", coined by the creators of The Thick Of It, was in no way applied to the Olympics. Danny Boyle’s lovingly crafted opening ceremony was a creative highlight for many this year.

People were grateful for the presence of the Games because the rest of the backdrop to the ad industry in 2012 seemed unrelentingly grim: the eurozone crisis dragged on, the recession lurched into a double-dip and standards in public life and the publishing world were shown under a harsh light throughout the saga of the Leveson inquiry. The BBC’s ineptitude in dealing with "Savilegate" threatened to destroy much of the goodwill it had created with its Olympics coverage. There were also some sad losses in adland – the director Tony Scott and the former IPA president Winston Fletcher both passed away.

Despite the gloom, it was an eventful year for the advertising business, characterised by big deals and pockets of great work created against the odds.

In the summer, advertising was an exciting place due to a flurry of acquisitions. As a result, oligarchs and Robbie Williams found competition from newly created advertising millionaires when bidding for overpriced property in central and west London. 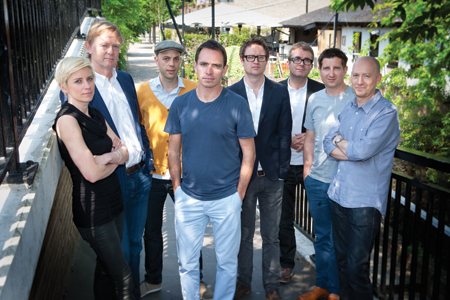 DDB’s purchase of Adam & Eve (pictured) for around £60 million in May might have been motivated by the urgent need to turn around its UK fortunes, but the deal has also created an agency capable of becoming a UK powerhouse. It might even come to rival Bartle Bogle Hegarty, which once again outperformed its London rivals. Adam & Eve’s founders (James Murphy, Ben Priest, David Golding and Jon Forsyth) became rich in the process but, alongside the executive creative directors Emer Stamp and Ben Tollett, are committed to staying with the new shop. 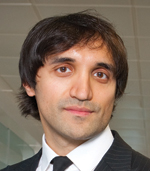 A sequence of international takeovers was triggered during Cannes week with WPP’s $540 million acquisition of the digital network AKQA. Despite the febrile Cannes atmosphere, Sorrell and AKQA’s founder, Ajaz Ahmed (pictured), soberly embarked on a strategy to take the digital network forward.

WPP’s bid to strengthen its digital credentials was followed by Dentsu’s attempt to build its global scale with July’s successful £3.2 billion bid for Aegis, which owns the media networks Carat and Vizeum as well as digital properties grouped under the Isobar brand. Aegis’ chief executive, Jerry Buhlmann, led the list of executives who will pocket a fortune once the deal goes through, and it will be interesting to see how long he remains at the group.

Hot on the heels of the Aegis deal was Publicis’ September swoop for LBi with a £333 million offer. Rival networks, including Omnicom, had also looked at the digital group, but Publicis successfully added to its portfolio of digital assets, which also includes Razorfish and Digitas.

Industry consolidation prompted questions about the future of Interpublic, with rampant speculation that it was considering the sale of its underperforming ad units Draft Worldwide and McCann Worldgroup. This now seems to be on hold as IPG’s chief executive, Michael Roth, instead opted to oust the McCann chief executive, Nick Brien, and appoint the PR man Harris Diamond as his replacement in a bid to solve its problems.

Activity on the global stage ran in parallel to the launch of several UK start-ups. The more notable among these included Joint, the much-anticipated agency from Damon Collins, Richard Exon, Lori Meakin and Nik Upton. Others included The Corner, Hometown and Atomic. Meanwhile, Dentsu signalled its intent to build a serious creative business in Europe by rebranding Dentsu London with the Mcgarrybowen name.

The agency swiftly went on to win accounts including Honda and Toblerone – an indication that the move was a shrewd one.

The year was hard for some of the more established shops, which cut their cloth – and, on occasions, their headcounts – to match the economic reality and the vagaries of client spend. One of the more notable car crashes involved Rapier, which went into administration after the loss of key accounts, but resurfaced with 50 per cent backing from CHI & Partners and with its founder, Jonathan Stead, still at the helm.

There were management overhauls at TBWA UK, which will look to rediscover past magic under Peter Souter and Lindsey Evans (pictured). Ogilvy & Mather parted company with its chief executive, Hugh Baillie, who is looking for pastures new after a change in direction at the WPP shop.

Pitch activity seemed to ebb and flow, with periods of frenzy followed by lulls. The Government’s ad account review, precipitated by the closure of COI, attracted derision in some quarters as it kicked off late and seemed to involve a mess of a process overly dominated by procurement. The creators of The Thick Of It would have had a hard time making it up.

The £110 million Tesco account moved from The Red Brick Road, which is now in the process of a management buyout of its founders, to Wieden & Kennedy, which bounced back after its 2011 disappointment at losing the Nokia business.

Karmarama captured the £40 million B&Q account from McCann London, which will add scale to the agency’s offer, while Saatchi & Saatchi landed the consolidated EE business – a blow for its sister agency Fallon, which lost the Orange account.

For UK media shops, it seemed to be a case of plus ça change as the larger businesses focused on building trading desks to grow digital revenue and share while seemingly doing little to prove the case to clients that they deserve to be handed the keys to the boardroom. Perhaps this is partly explained by a relative lack of change at the top of media agencies. Most of them look set to go into 2013 with the same leadership, with the same brief to deliver savings and more efficient trading models. That said, forward-thinking shops have spotted an opportunity to offer fast-turnaround creative services to clients as an alternative to ad agencies (witness Carat’s Bodyform "chief executive" online execution).

In turn, ad agencies such as Beattie McGuinness Bungay and CHI & Partners are building their media resource in the belief that media planning will come back into the creative fold.

The media owner landscape continued to recalibrate with the likes of Twitter and Facebook building their sales teams around some serious ad products. The growth of dual-screening among viewers is set to benefit social networks and TV advertisers alike, and it was reassuring to see the major TV sales points investing in their product. ITV received plaudits from agencies for its proactive approach, while Channel 4 launched innovative video-on-demand ad formats. While newspaper publishers undoubtedly face a daunting task, some appear to be getting their heads around new models. Mail Online, for instance, which offers a free content model, increased ad revenues by 74 per cent. However, its total revenue of £28 million remains relatively modest. 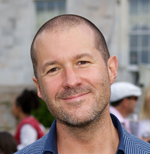 On the creative front, D&AD’s 50th anniversary, during which Sir Jonathan Ive (pictured) picked up gongs for most-awarded brand and most-awarded design studio for Apple, provided the opportunity for a wistful glance backwards and there seemed to be a general consensus that groundbreaking work was thin on the ground in 2012. BBH’s "three little pigs" work for The Guardian and 4Creative’s "meet the superhumans" for Channel 4’s Paralympics coverage were obvious highlights, but the naysayers seemed to neglect exceptional work from the likes of the British Heart Foundation (by Grey London) and Paddy Power (by Crispin Porter & Bogusky). The latter was one of the few campaigns that brought old-fashioned TV and print to life by linking them with viral phenomena.

Once again, elements of the ad community declared the future to be about "building stuff" rather than building brands. They seemed vindicated, in part at least, by R/GA’s Nike+ FuelBand platform. 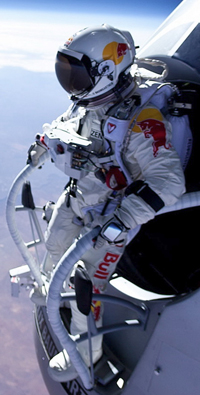 Yet perhaps they would do well to focus on their core strength of content. Red Bull’s Felix Baumgartner skydive (pictured), accompanied by a film distributed on YouTube, was applauded but must have contributed to anxiety about disruption to the agency model and paid-for media channels. The likes of Red Bull and Coca-Cola are leading the way in talking directly to consumers and building co-creation models that threaten the existence of agencies.

And when it comes to creating traditional advertising, the grip of clients on agencies appears to be tightening. There were encouraging signs during 2012, with big clients such as Unilever and Procter & Gamble talking up their corporate social responsibility credentials. Yet the concern persists that lesser clients are not extending these ethical concerns to payment terms for agencies – that many are unwillinto pay for strategy, ideas and intellectual capital, and are increasingly moving towards shorter-term relationships.

Following a year when business headlines were dominated by the shoddy corporate practices of a few, agencies should look to prove their case to clients in the hope of more favourable terms in 2013.

This, combined with greater flexibility in building varied forms of content, could be the key to future growth.