The pay-TV company launched in 1989 and became Britain's biggest advertiser in 2011.

When Sky was bought by Comcast in October, its new owner hailed the pay-TV company as a "tremendous brand". Sky has always invested in advertising, since its launch in 1989, and became Britain's biggest advertiser in 2011. The investment paid off as Sky shareholders, including founder Rupert Murdoch, banked £30bn from Comcast.

Click on the image to see a larger version. 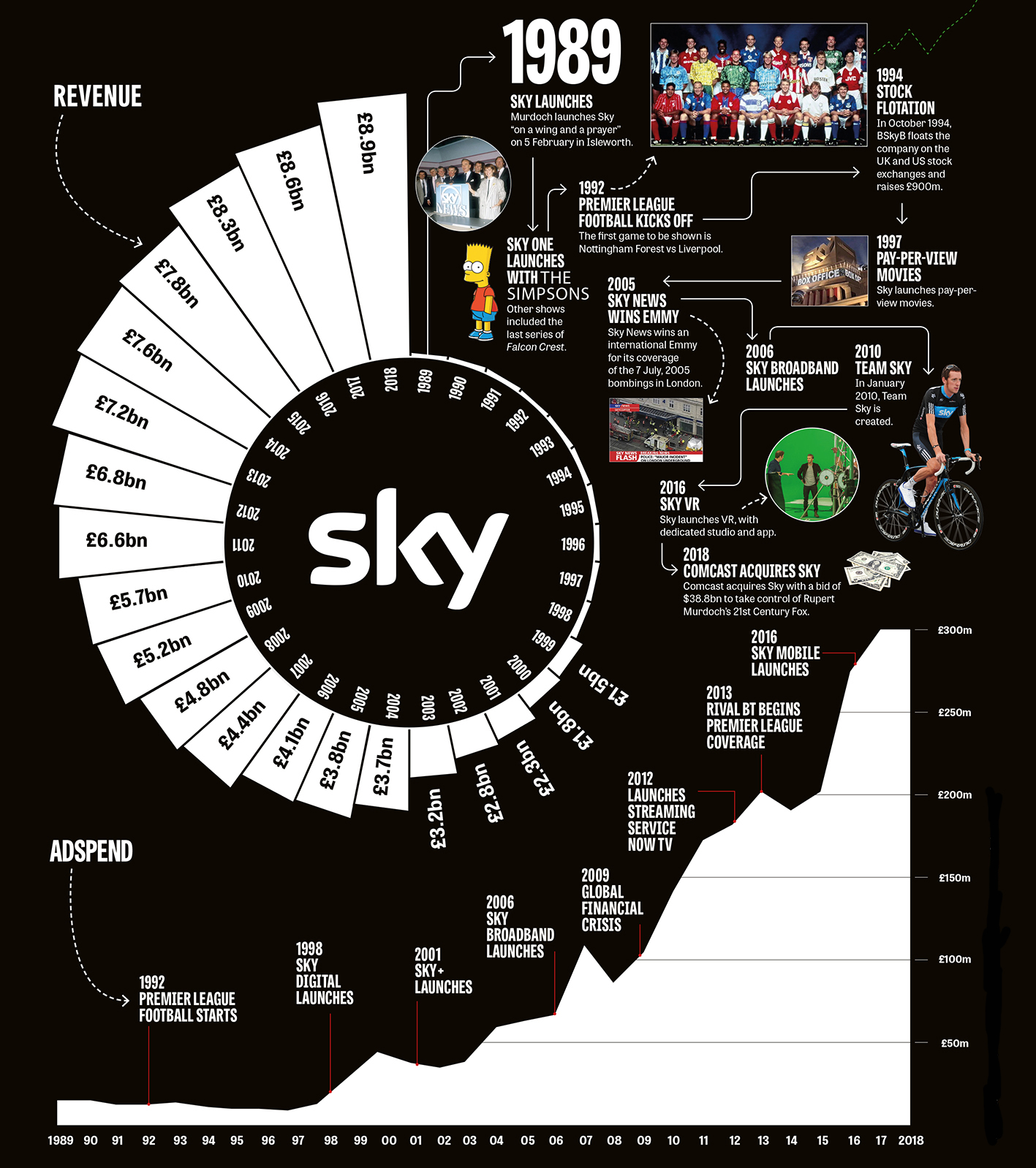 Source: Campaign estimates and company records. Note: revenue figures are for the UK and Ireland only