Brands celebrate Back to the Future Day on social and industry experts look at how the film's future predictions have shaped digital marketing. 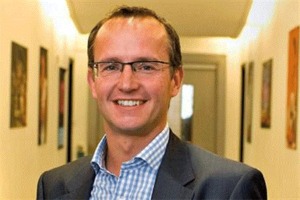 Sky Media's new Sky AdVance platform has been created to deliver sequential advertising to viewers on video on demand and online.

As reported by Campaign's news editor Omar Oakes, the technology, which will launch in January 2016, allows advertisers to ensure a viewer sees an ad, if they've not seen it before, via digital ads in on-demand and display.

AdVance will also complement TV campaigns by reinforcing a message online to TV viewers, as well as delivering a digital campaign to viewers of a particular show or genre.

Jamie West, Sky Media's deputy managing director, told Campaign Sky AdVance was all about "bringing TV understanding to a digital world". He said it would be built on data gathered from three million customer households, provided by second-by-second viewing data.

The news comes a year after Sky announced a number of developments to its tailored advertising service, AdSmart, including delivering TV ads to Sky homes by area postcodes.

Back to the Future Day: Brand reactions on social

21 October 2015 has been a long awaited date in the calendar for many brands, as this was the day Marty McFly and Doctor Emmett Brown travelled to in a DeLorean in 1989 cult film Back to the Future II.

The day has arrived and social media has been whipped up into a Back to the Future frenzy. You can see our full roundup on the slideshow below.

Aside from social, brands have paid homage to the movie trilogy in their own ways. Burger King France has released a video showcasing the "hovertray".

While Uber and Pepsi Max have teamed up to offer members of the public a ride in a DeLorean, a car made famous in the film as the Doc's time-travelling vehicle.

Tap to the future and get a time machine on demand! Enter code "PEPSIMAX" into our app today #BackToTheFuture pic.twitter.com/c3LBINaGnQ

The one that is really bugging us is Nike, and the brand teased its following yesterday with this ambiguous tweet to Michael J Fox, aka Marty McFly:

C'mon self-lacing sneakers, we're ready for you. UPDATE: This tweet from from @darrenrovell, ESPN sports business reporter and business correspondent for ABC News, could be promising: 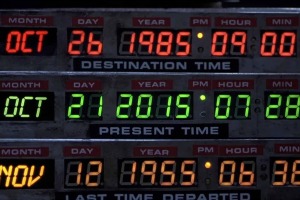 While the main purpose of Back to the Future Day has been to mark the all-important time-travelling date, the occasion has thrown up some interesting thoughts on how the film has impacted on digital marketing over the years.

Thinkbox's chief executive Lindsey Clay said the film has thrown up two ideas worth considering – long-term thinking and ageing future predictions. Of the former, she said:

I had a conversation with someone recently who thought marketing directors should have a minimum tenure – say, five years – so that they have to be around to see the consequences of their decisions.

Interesting thought. And when it came to tech predictions, Clay stressed these need to be taken with pinch of salt. Savvy's managing director, James Lunn, backed up this same point about technology, suggesting the importance of reality about future:

Technology doesn’t always make things ‘better’ but instead gives us new challenges. The new inventions likely to achieve breakthrough will be ones which feel almost seamless, like natural extensions of ourselves.

Yes the film's got 3D films, wearable tech, augmented/virtual reality and robots spot on. But it missed some big ones – the internet and social media are some examples. But Trigg highlighted that it's difficult for anyone, let alone a Hollywood blockbuster in the making, to predict what's coming in the next 30 years:

Technological advancements are moving so fast now, it’s hard to predict what technologies we’ll have to be adapting to in another 30 or so years. But as Back to the Future teaches us, we must not be afraid to try new things, and ensure we constantly innovate and adapt to a wealth of new devices and consumer touch-points.

The Advertising Standards Authority has banned a Hostelworld ad for encouraging dangerous practice.

The one-minute spot, created by Lucky Generals, features naked people jumping off a cliff into a pool of water. The regulator said the ad received 20 complaints, which believed it depicted "tombstoning" – jumping into "untested" areas – and was "very dangerous and could result in serious injury and death".

Hostelworld denied the spot encouraged this type of activity, adding the location of filming, the Ik Kil cenote in Mexico, was "a popular site of natural beauty, which was open to the public for swimming", making it clear how deep the water was.

The ASA ruled the ad was, "likely to condone or encourage a dangerous practice" because one man in the film was beckoned to jump, and when he did so it was suggested that his behaviour was admirable. It added:

We considered that the man was being presented in a more positive light for having done something which might be considered dangerous.

The William Heath in Advertising exhibition, open between 10am and 5.30pm, features Heath Robinson's work from the early 20th century, which has been described by the agency's chief executive, Zaid Al Zaidy, as "eccentric" and "capturing the imagination of the public in his age".

Heath Robinson also did a lot of work in the advertising world, including illustrations for such brands as Great Western Trains and Shredded Wheat, and this exhibition is the first time this side of his work has been shown.