For significant improvements in reaching client outcomes in some cases everything has to be re-imagined. Old rules abandoned. Old hierarchies ripped up. New expertise applied.

In the cases below, different combinations of data and new agile ways of executing media strategies have transformed the approaches that clients have taken to navigate around barriers to growth. Working with new data sources in business as usual ways won’t deliver.

These four examples show how MediaCom’s entire approach to the customer journey revolutionised in order to drive client’s business success. 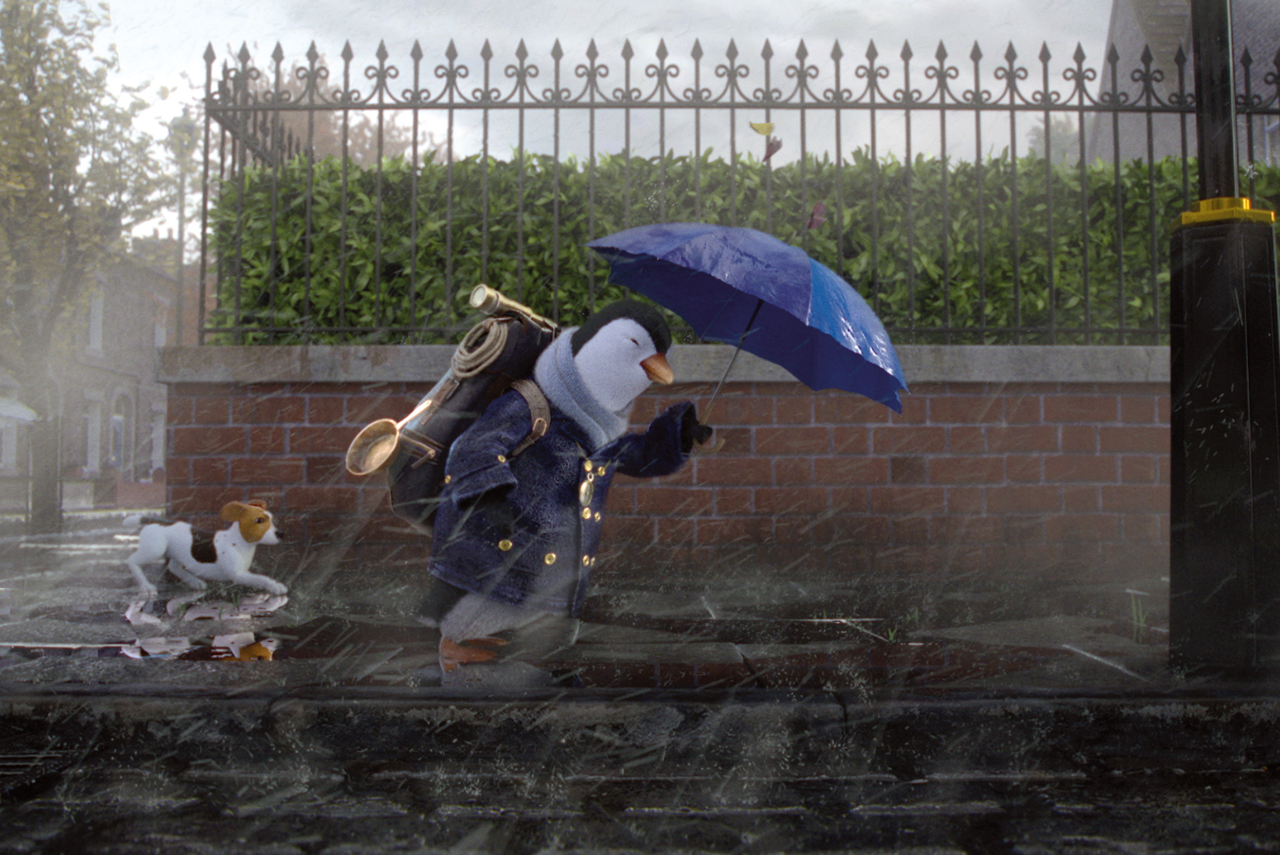 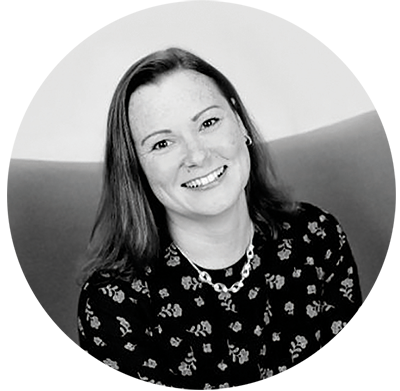 Cold weather directly affects demand for British Gas HomeCare products and, in turn, the fleet of engineers who service boilers. For every degree that the temperature drops below the seasonal norm, sales of HomeCare and Home Installs increase by 3%.

Consumers search for help when in boiler distress, so beating the competition at high-demand moments was vital and at the same time, we needed to manage demand for engineers. There are a number of engineers in each area, and wait times increase during peak periods. So if no engineers were available, we didn’t want to drive too many people through, with the result that the service suffered.

We created a script that connected a series of data sets (actual temperature, seasonal norm temperature, city, postcode and engineer availability). Then, we used these factors to amend bids and copy on a daily and weekly basis.

Sound simple? It wasn’t. Each time the norm temperature changed, so did our engineer availability, which meant that our rate of modifiers needed to be either reduced or increased.

The results spoke for themselves: the approach increased click rate by 5%, which, in turn, improved our Quality Score. The CPC also fell significantly. 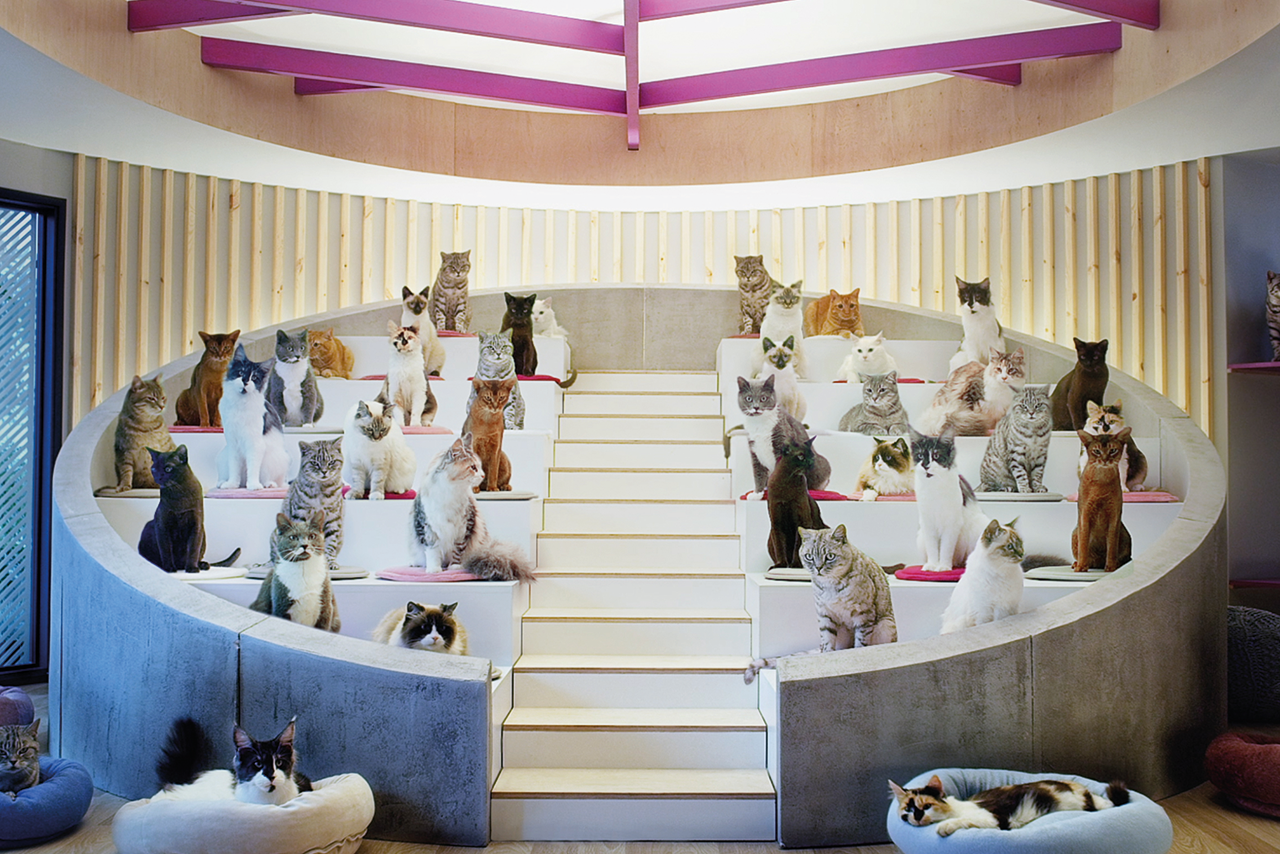 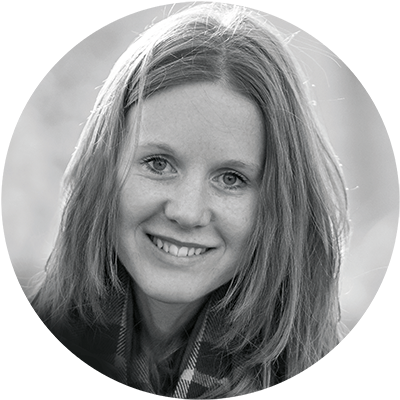 WHISKAS® K.I.T. was created in partnership with MediaCom, Abbott Mead Vickers BBDO and Google, and developed with the Waltham Centre for Pet Nutrition. The videos were designed for mobile and, to maximise reach, we used multiple YouTube formats: Bumper ads, long-form Trueview ads and Discovery ads. The WHISKAS® website served as a hub for all video content and in-depth articles, and we restructured our paid-search strategy to focus on cat-care-related keywords.

From originally starting our mission in 2015 with Kitten Kollege – a YouTube series that taught owners how to care for kittens – and then developing WHISKAS® Kat Institute of Technology, this data-driven media strategy and ecosystem has driven a record ROI for the brand and cemented WHISKAS®’ position as the reference point for cat care online. 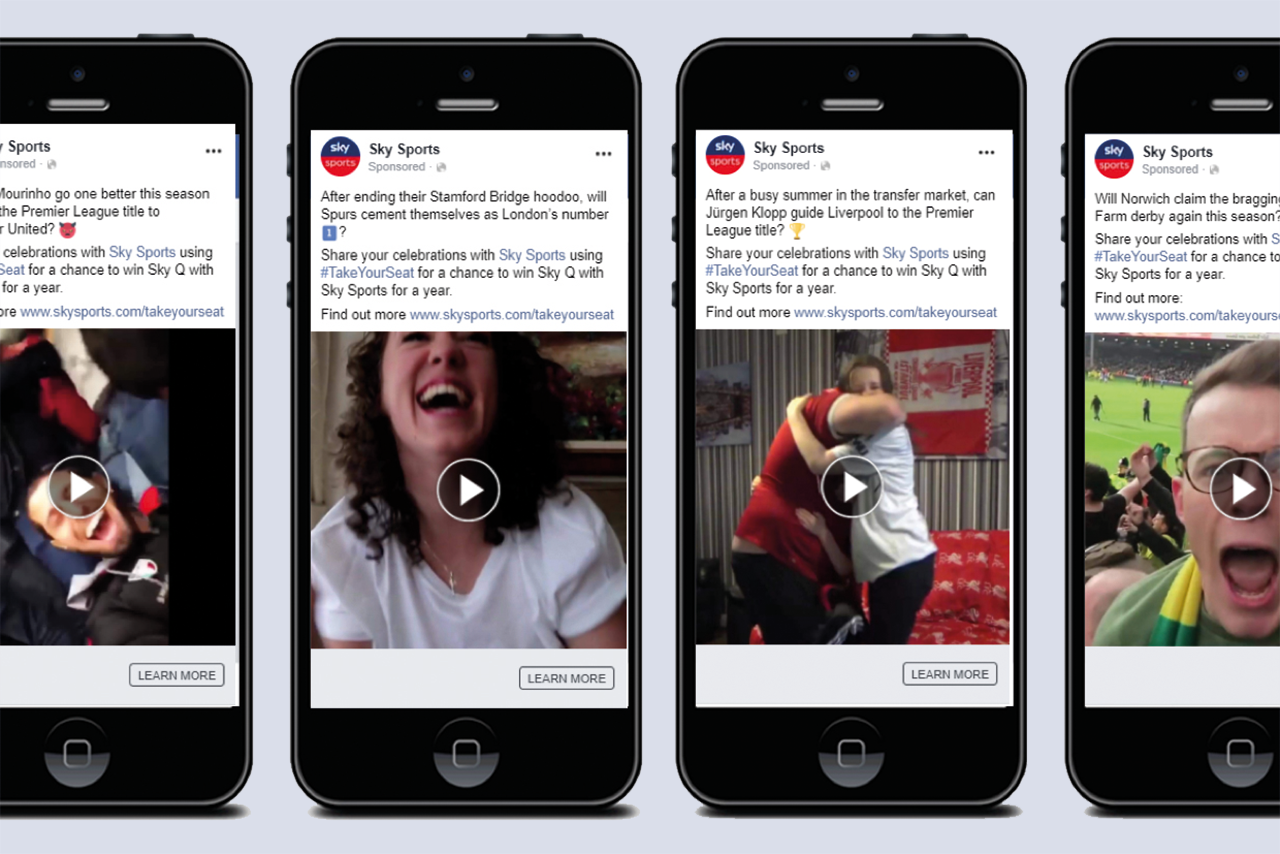 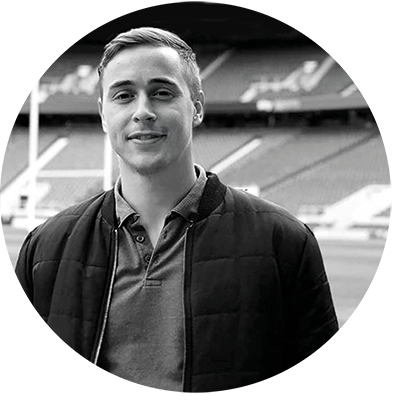 During peak football season, we found that fans felt brands are up in the gantry rather than down on the terraces.

Working with MediaCom, Optastats and Captify, data showed that support extends beyond the game, and that pre-season is a period where fans – starved of matches – hunt for news, fuelling dark social interaction, where 80% of online football chat takes place.

We wanted to show that we were fans, too, as excited as they were about the upcoming start of the season, and do so in a way where we could ignite their passion further, rather than stand on the sidelines. The ‘Cruyff turn’ in our strategy was building our campaign on the emotion of football, not just the skill. We mixed Sky Sports goal clips with real, fan-filmed celebrations, showing not just the product, but also the powerful emotion it creates in supporters.

We created a suite of 20-second films, each built around a specific Premier League team, focusing on the regions where our potential new subscriber volume was highest.

These films showed moments exclusive to Sky Sports and the subsequent pandemonium in the crowd and in homes around the country. Each of these was then distributed digitally to target supporters of that specific team.

To prevent fans being served with a rival’s celebrations, we worked with MediaCom, Captify, LadBible and Brave Bison to cross-reference multiple data points from a variety of sources, and make sure each supporter saw the right clip.

We accurately targeted 10.5m football fans, and with relevant content, we drove great results, increasing our intention to upgrade and year-on-year upgrades to Sky Sports during pre-season. 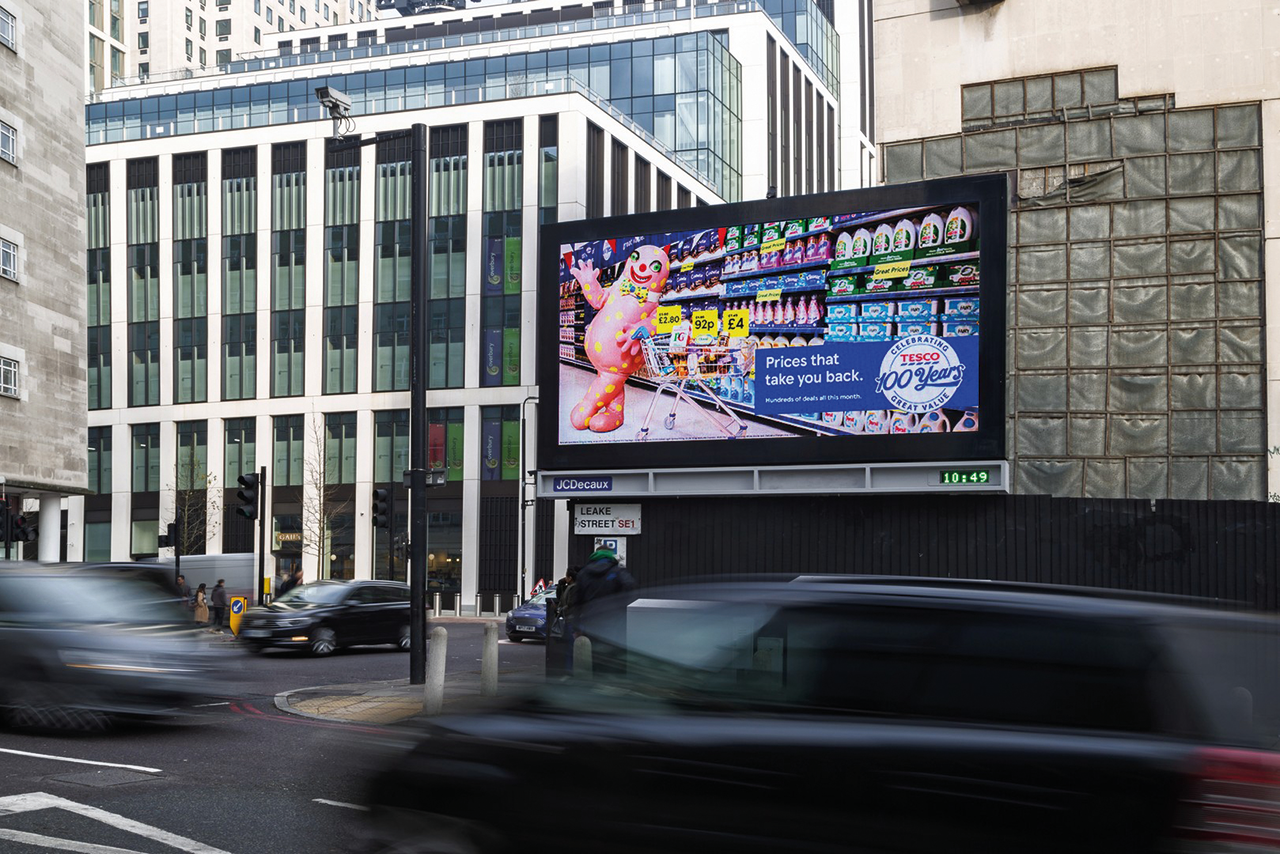 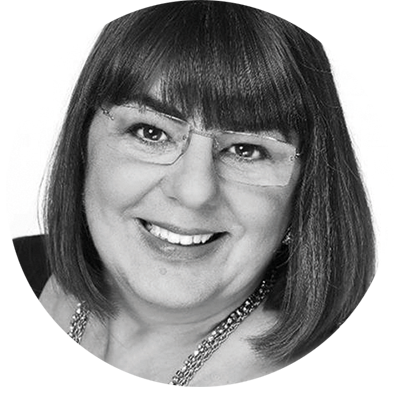 To mark our 100th birthday, we celebrated by helping Britain’s shoppers save on the products they love. As always, our customers were at the heart of the campaign but nostalgia was also key. So we set out on a trip down memory lane, celebrating 100 years of great value with Tesco.

We launched via broadcast channels with creative showcasing some of the 20th century’s most celebrated characters, such as Morph and Mr Blobby, shopping at Tesco. We made our Centenary activity unmissable with geo-targeted social and heavyweight out of home.

Throughout the campaign, social listening tools identified key topics of conversation around food on Twitter. These insights then identified the right products for Tesco to feature as part of "Prices that take you back". We then used Twitter to announce the price cuts as part of the centenary celebration, encouraging users to go in-store to purchase.

In January, chocolate was in the top three most tweeted-about foods every month and that there was a trend for users to track the price of Freddos, pining for the original 10p cost of a bar. We reacted by discounting the product for one week, using Twitter – as a reactive and native platform – to announce it.

In May, we went even further, injecting ourselves into the live debate. Using Twitter’s poll solution, we asked the nation whether it would rather see prices reduced for Skips or Frazzles, before sharing the results on Twitter and reducing prices nationwide.

We are very pleased with the performance of the campaign and are happy to have registered real engagement with our customers throughout the three editions so far this year.