The final Thinkboxes shortlist of the year – who gets your vote?

This year's seasonal campaigns had that touch of melancholia that endures through this most difficult of years. But all offer hope, happiness and humanity. 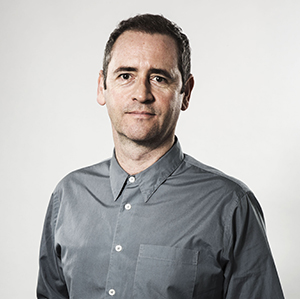 From the NHS's inspiring recruitment campaign to Amazon's powerful storytelling, this year-like-no-other has produced five bits of work that simply inspire – not least when you consider the logistical barriers of production and the delicate balance of capturing the nation's mood with commercial imperatives.

Both agency insight and a view from Dave Henderson (pictured), creative partner at Atomic talk through the work.

Henderson says: “Anything with a dancer is going to be engaging, especially when you combine ballet with Brixton. Nicely directed and thoroughly watchable. And a nice light touch with the product too.”

The agency says: "Rather than focussing on Christmas sales or deals this year, we decided to celebrate the irrepressible human spirit shown by communities throughout the pandemic, through the story of a ballet dancer who wins the lead role in a performance early on in 2020. As the spot progresses we see how she has her dreams dashed when lockdown cancels the performance. But with the support of her local community, she is able to finally perform, showing that no matter what this year throws at us, with the support of others, and a little help from Amazon, “The Show Must Go On”."

2. John Lewis & Waitrose and Partners ‘Give a little love’

Henderson says: “This year’s film in this iconic campaign takes a sensitive approach; in what has been a quite angry year for everyone. Of note are the really gorgeous animation styles that we really excel at here in the UK.”

The agency says: "In our Christmas campaign for John Lewis & Partners and Waitrose & Partners, we show how a little love can make a big difference. Raising money for FareShare and Home-Start, the campaign is a heart-warming celebration of different forms of moving art - from 2D animation and Claymation to CGI and puppetry. The campaign was directed by acclaimed British director Oscar Hudson with a soundtrack written and recorded by British soul singer Celeste. #GiveALittleLove"

Henderson says: “I’m not sure anyone needs the idea behind the NHS selling to them – but this film skilfully plays on the emotional connection we all have at some point with this most venerable of institutions. I’m sure it struck a chord with most this year.”

The agency says: "The campaign shows real people, patients and situations and fondly looks back on the NHS, from its foundation 72 years ago to the present day and forward to what the future might bring. We wanted this film to show just how special the NHS is, to raise the hairs on the backs of people’s necks and inspire thousands to consider a career with this special institution."

Henderson says: “Very nice. Well written and pacey and a lovely idea… no naughty list for the creative team on this film.”

The agency says: "With 74% of the nation saying they wanted to see light-hearted content in this year’s festive ad offering, the humorous Tesco advert shows people from across Britain worrying about the things that might put them on the naughty list this Christmas – from bad video call etiquette to buying too much loo roll. 2020 has been quite the year and we've all had to improvise to get by; 78% of us admit to a naughty slip-up this year. As they deliberate over whether they are allowed a festive treat, we hear the voice of Tesco encouraging them not to think twice, not after this year."

Henderson says: “Probably not good to watch while you’re eating, which most people do at Xmas. Although featuring a dog, a cat and Uncle Kenneth having a toilet moment, I found it thoroughly entertaining. Merry Christmas everyone!”

The agency says: "The ad marks a new direction for Plenty. We wanted to talk about mess in a fresh way, depicting life with our loved ones the way it really is: messy, occasionally yucky, and sometimes downright revolting. But that’s what real love is: when you invite people into your life, you accept the collateral damage. You wipe it up, laugh it off and move on. Love is messy. That’s especially true of Christmas, where there’s more love and mess than any other times of year – Andy Williams was wrong, it’s not the most wonderful time of year, it’s a test of love."

2021 Thinkbox TV Planning Awards reflect a year like no other

Brands that referenced Covid in Christmas ads turned off consumers