We ask one Thinkbox Academy member to cast her eyes over the best TV creative from the past two months. Stand out spots from Lucozade Sport, Stroke Association,Virgin Trains, Walkers and Warburtons make up the latest Thinkboxes award shortlist, selected by the marketing body for UK commercial TV. 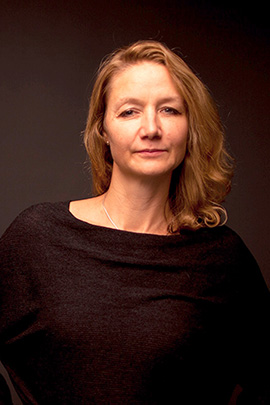 It has to be the success story of the summer (if I’m permitted to call this collection of months summer, despite the distinct lack of warmth or daylight from a shining ball of fire in the sky).

The proliferation and long-sought recognition that sport may be played at top level by everyone. Suddenly there’s live coverage and a bandwagon every brand has been attempting to board.

But this Lucozade one is a good one.

Taking the underdog ‘seen it all before’ sentiment from the original Lightning Seeds lyrics and playing it out from a new perspective, in a new voice.

Not falling into well used tropes, with just enough chippiness and angst to be real, but not bitter - and enough passion to drive it home.

Love the direction, the grade with pops of colour to emphasise the play - simple and inviting. Gently states that this is the same game, just different players and more opportunities for glory. And what’s not to celebrate about that?

In seeking to cut through the marketing noise surrounding the Women’s World Cup, Lucozade Sport drew on the enduring power of the Three Lions song. It has established itself as an emotive tournament touchstone for England fans since Euro 96 – and Lucozade edited the lyrics as a backing track to a montage of on-pitch action and personal testament, illustrating the growing importance of women’s football. The ad also supports a nationwide campaign encouraging more women to take up the beautiful game.

A range of ingenious animation styles showing heads exploding, innards of brains unravelling and faces melting are used here to illustrate a scary catalogue of stroke onset symptoms, described in voice-over by the people who’ve experienced them. Then the animated sequences go into reverse and we cut to these "victims" talking to us straight-to-camera, testifying to the fact that these are more than victims, they’re survivors – evidence in the flesh of the work done by the Stroke Association in helping rebuild lives.

A man on a bench in a town centre decides he needs to get to Wigan, pronto. But how? As he ponders this, he imagines the bench growing wheels then becoming an open carriage, rattling off down the road. As it does so, it begins growing in size and accruing all sorts of bells and whistles, including a food service, WiFi and toilets. As it finally morphs into an enclosed compartment with comfy seats, it turns out he’s only gone and invented a Virgin Train.

Good-natured comedy here as the Spice Girls have some fun sending themselves up. They’re in the house of their Best Ever Fan to offer him VIP tour tickets. He’s eating a bag of crisps and they ask him to share it round but, astonishingly, he refuses his idols' requests and a struggle ensues. When he settles the matter by finishing the bag and necking the crumbs with a flourish, the girls flounce out, proving that, when it comes to the crunch, it must be Walkers.

Warburtons’ latest comedy epic sees the brand partnering with its most impressive star turn yet – Robert De Niro. The notion is that, as an archetypal New Yorker, he’s enraged that a Lancashire bakery can lay claim to expertise in something so intrinsically associated with the Big Apple – the bagel business. De Niro decides he’s either going to close it down or take it over – and mayhem ensues in this lovingly crafted homage to his role in the Goodfellas film.