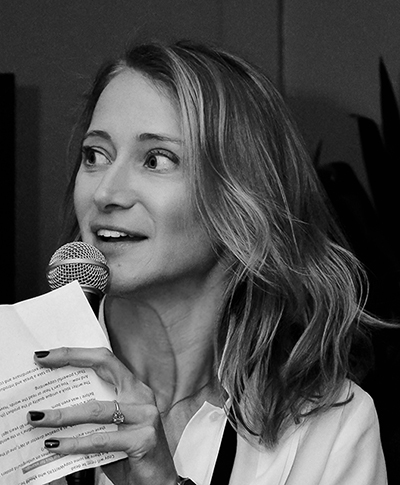 After months of lockdown there’s a whiff of hope in the air.

But beware, one news report later and the whiff of hope could quickly become stale air, trapped in another lockdown scenario.

This is the treacherous world we’re all living in, no-one quite knows what tomorrow will bring. Which makes creating future-facing campaigns somewhat tricky.

Staying ‘safe’ has suddenly taken on extra meaning. We all want to stay safe, naturally, but staying safe now means being sure you’re saying the right thing at the right time – otherwise known as trying to predict the future. We’re also challenged with needing to write ideas that are feasible to shoot in a way that applies to the right rules at the right time, enabling everyone to stay safe on the shoot itself.

All of these campaigns are undeniably ‘of the moment’ (and some already feel dated), but what they all demonstrate is the speed at which the industry can react, learn and evolve.

As the Covid-19 curve (hopefully) continues to go down, the learning curve is definitely going up.

Building on Maltesers' seemingly effortless ability to raise genuine issues with a side-serving of humour, this campaign embraced the new Covid-19 world of video calls. This launched as we were all just getting to grips with virtual meetings and the insightful realness felt fresh. As one friend mentions that she’s going on her first ever video date in an hour, another friend questions, "In that room?", hence poking the inner turmoil we’ve all felt about our own video call backdrops.

"What’s wrong with this room?"

Great dialogue. And a reminder that your plants can say a lot about you.

Many brands sat and debated for far too long about what they should say during lockdown. Others knew that silence wasn’t the answer and just got on with it.

In this reactive campaign, clearly shot in peak pandemic times, we follow various staff via phone footage as they do what it takes to help British Gas customers. With some lovely human touches, the message is loud and clear: British Gas is helping every way it can, despite the pandemic.

3. TikTok 'A little brighter inside'

Andy Warhol famously said, "In the future, everyone will be famous for 15 minutes." Well, make that 15 seconds and he could have been describing TikTok.

As the harsh reality of lockdown kicked in, the world wanted to escape somewhere ‘A little brighter inside’. I’ll admit, lockdown found me visit the crazy world of TikTok more than I’ve ever done before. At one point I learned the Footshake dance and was even considering attempting a Gemma Collins lip-synch challenge (dark times). And that’s the thing about TikTok. It’s poo-poohed as something only kids do but it’s actually got all ages and demographics happily living side by side in this joyful, dream-like world. The choice of track, a modern take on a timeless classic, really works in that respect.

4. Cadbury 'This doesn't need to end'

This film took the Covid-19 aesthetic of UGC and empty streets and elevated it. We hear the voices of people discussing the lockdown on a phone line. Discussing how they’re doing, checking in on each other, describing how they’ve got to know people they never knew before – because they offered to help. The accompanying visuals and music captivate you and the final message: ‘When lockdown is over, all this doesn’t need to be over’ is a perfect summary of the better future we all hope for.

Never discount Snoop Dog. He always pops up when you least expect it. I remember watching the L Word in 2004 and, boom, there he was. What Snoop dog had to do with glamorous lesbians in LA is a foggy detail but who cares? Same for this ad. What Snoop Dog has to do with takeaway food is anybody’s guess. But who cares! Because no-one wants to see a real person eat a real burger (that’s travelled 9.7 miles) but show me Snoop Dog rapping atop a huge sesame bun and I’m ordering. I really hope it doesn’t arrive cold though, so I can drop it like it’s hot.