In the first of a new series, Paul Brazier and Ian Pearman identify the six pieces of work that define the agency's history and culture.

Being asked to choose six key pieces of work from the agency’s history has only served to remind us of the debt we owe to David Abbott.

Three of the campaigns we have chosen were created by him. All three are still clients. Sainsbury’s has been with us for 35 years, The Economist 30 years and BT 20 years.

But if those campaigns chose themselves, picking the next three was extremely difficult. We have tried to stick rigorously to a brief of work that has had the most influence on Abbott Mead Vickers BBDO’s journey.

We began as an agency with a reputation for print, then earned one for TV – and, in recent years, we’ve been building our digital experience. We think that is reflected in the work that follows.

Paul Brazier is the chief creative officer and chairman, and Ian Pearman is the chief executive at Abbott Mead Vickers BBDO

The Economist’s campaign broke the mould for poster advertising. Instead of an eight-word headline and visual, David Abbott and Ron Brown decided that the publication’s masthead should be the only visual and used it as the art direction for the whole campaign, giving that iconic and brilliantly branded look.

Everyone in the creative department fought over The Economist briefs when they arrived and created tons of great work trying to crack them – the buzz in the department when the brief was in was tangible.

Perhaps the best part of the campaign was the media strategy. The idea that a target audience of hundreds of thousands should be advertised to via outdoor was completely counterintuitive, but ensuring that millions saw the ads and played the game of decoding the posters further boosted The Economist’s aspirational value. This, in turn, increased the chances of people wanting to claim they were Economist readers.

For a business dependent on "claimed readership" to support its advertising sales, that was pretty important. It was work like this that made AMV one of the best print agencies in the industry. PB 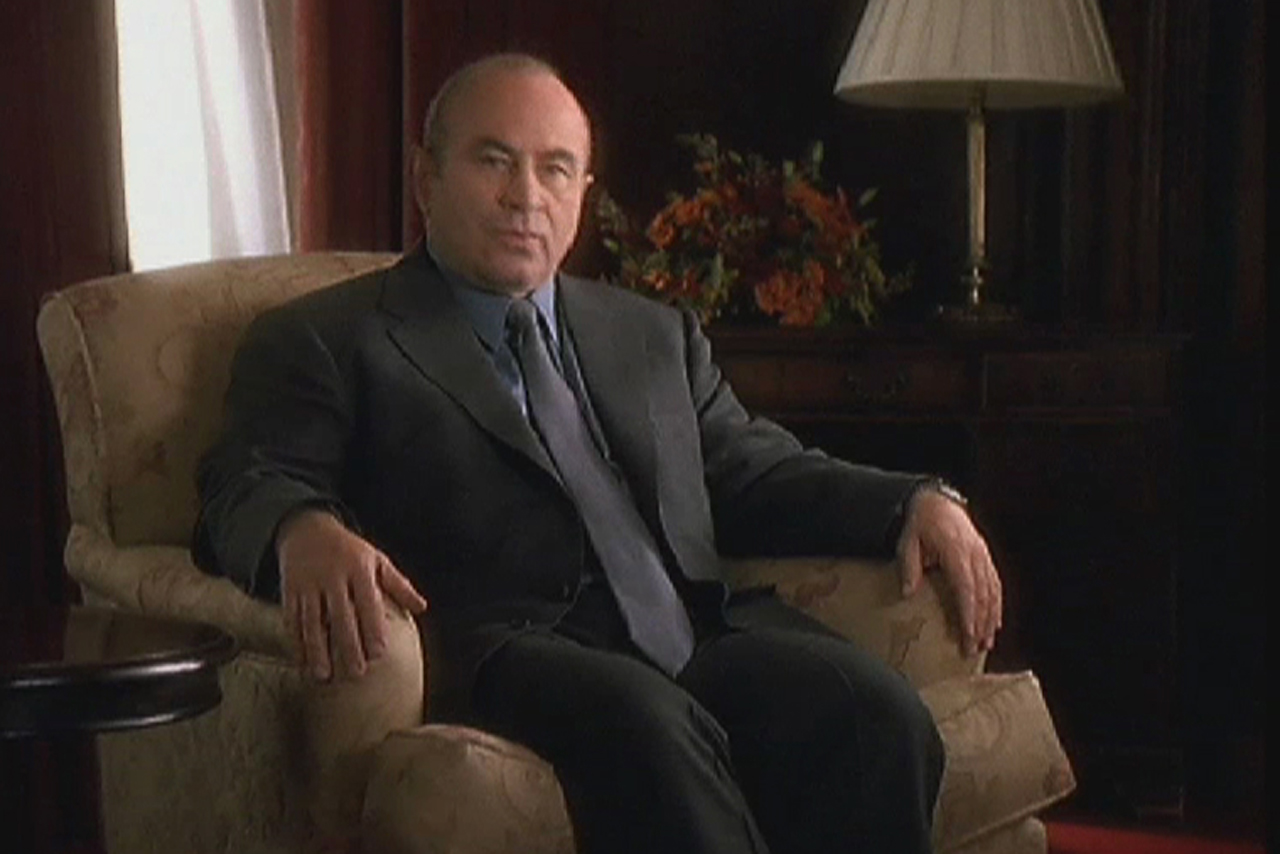 Having built a reputation for brilliant print, the agency became obsessed in the 90s with improving its TV output and attracting more big brands. Award-winning work for Volvo ("twister"), Dunlop ("unexpected"), Wrangler ("whatever you ride") and Dulux ("you find the colour") followed, but the brand that changed the business most during that era was BT and the "it’s good to talk" campaign.

BT was the biggest spender in the UK during the 90s and it was a massive prize for any agency. But it was the size of its ambition rather than its budget that is most memorable. Brands pursuing their noble cause are ten-a-penny these days, but BT must have been the first. Teaching the nation to communicate better with one another was a big idea, and none of us could watch one of the ads featuring the late Bob Hoskins without feeling a pang of guilt that we hadn’t made "that call".

Hugely ambitious yet perfectly credible, it was driven by a razor-sharp focus on behaviour change that has echoes in all of our best work to this day. The fact that it stimulated calls in the process was also pretty helpful, and the endline remains buried deep in the public’s lexicon – we still hear it regularly in research groups.

It was this and the work we did for Sainsbury’s and the Yellow Pages during that period that really solidified the agency’s reputation for creating big, popular campaigns for mass brands. IP 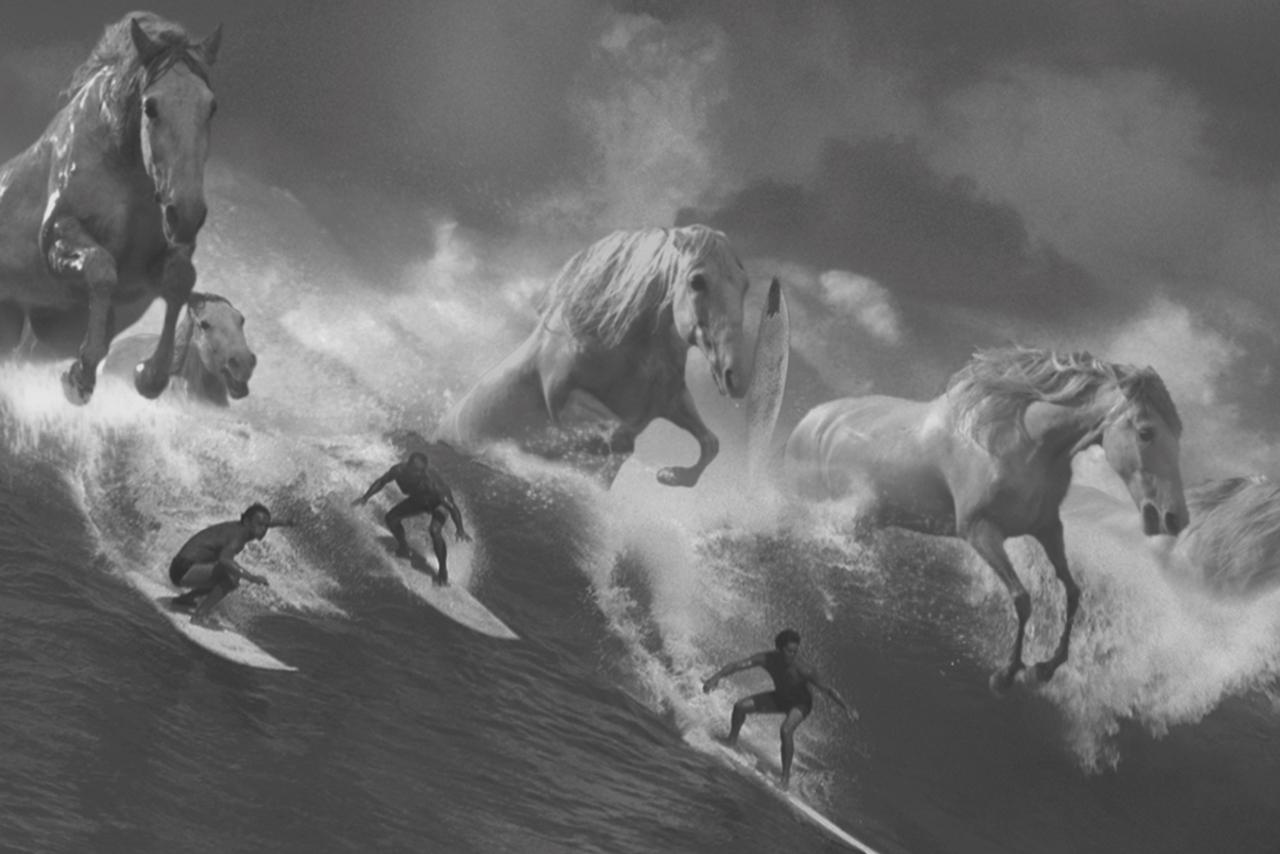 Well, we weren’t going to leave this one out. By the late 90s, the agency was in the swing of TV and there was fierce competition within the creative department to do the next barnstormer. Especially for Guinness.

The fact that a pint of Guinness takes 119.5 seconds – lending itself beautifully to two-minute ads – was a real customer barrier. Order a round of ten in a bar with one tap and you would lose the best part of half-an-hour hanging around. So turning that negative into a positive was a beautiful piece of thinking by Tom Carty and Walter Campbell.

It was a truth that led to some truly memorable storytelling, with Jonathan Glazer, the director, providing distinctive imagery – frames that are imprinted on our memories.

The choice of casting was also remarkable – an older guy, kind of rough-and-ready-looking, didn’t have the best physique in the world, but with undeniable personality.

And that music. The heartbeat – to this day, whenever it’s played, people know. It’s a masterpiece. PB 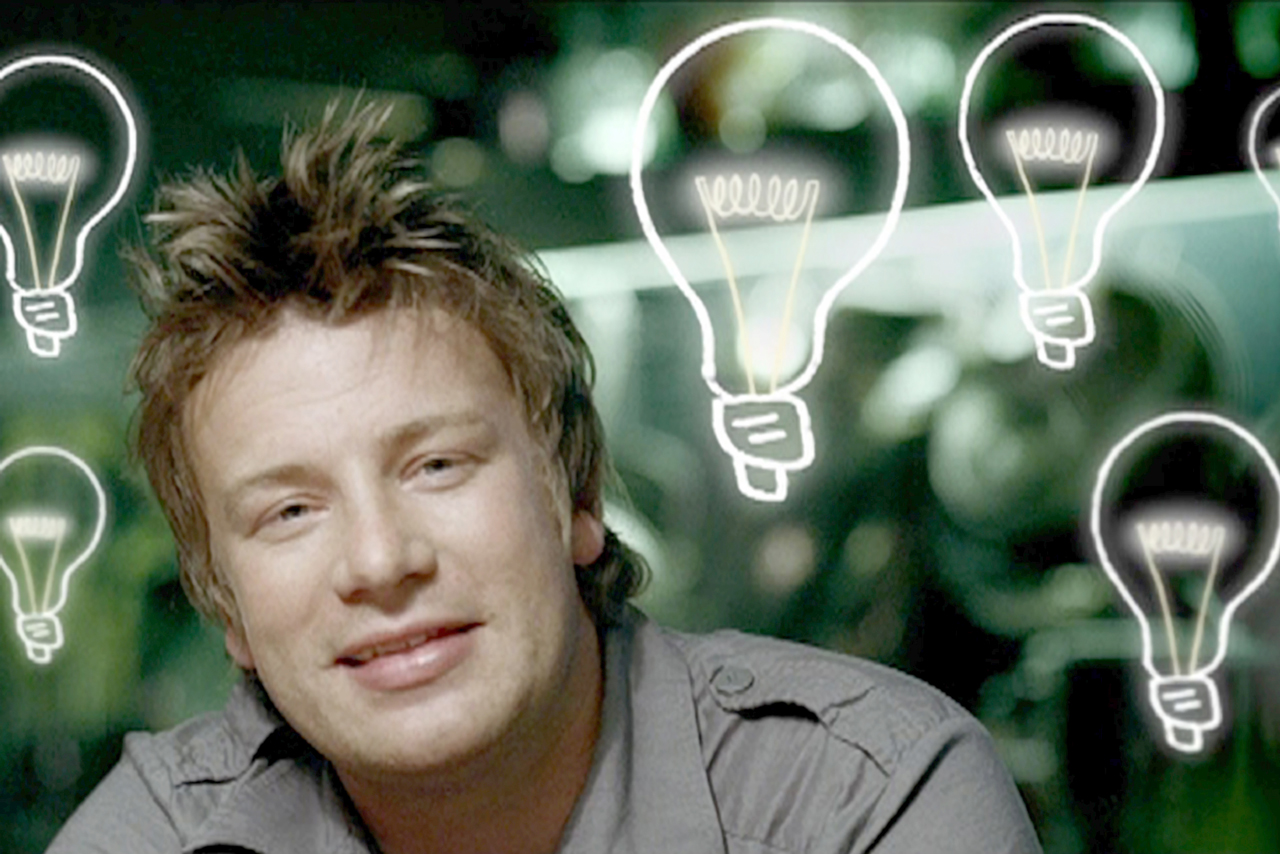 2005 was the year those dreaded three phone calls happened. Within three months, we found ourselves repitching for BT, Sainsbury’s and Homebase while struggling with the next phase of "good things come to those who wait".

And we had a new line-up: Cilla Snowball, Farah Ramzan Golant and I had stepped up to new roles; Paul Brazier took on the executive creative director role; Colin Fleming became the chief financial officer; and Bridget Angear and Craig Mawdsley were handed the reins of planning.

We won all three. For Sainsbury’s, it was with the "try something new today" idea that helped Justin King drive the brand to greatness again. It marks an inflection point in the history of both of our businesses.

And it was a huge testament to the bandwidth of the creative department that the ever-so-tricky Guinness brief became the ever-so-lovely "noitulove" that picked up the Grand Prix at Cannes a year later. IP 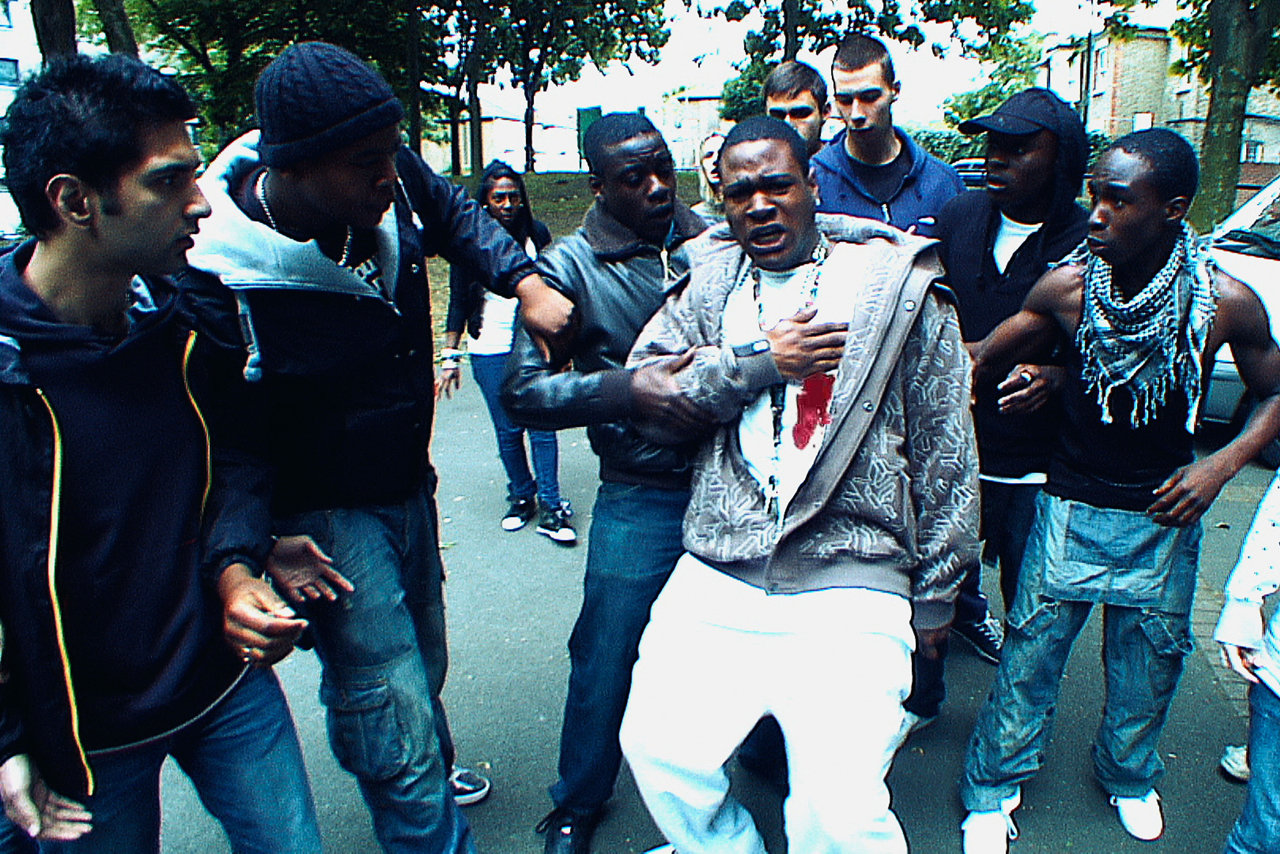 Over the next couple of years, we began a concerted effort to broaden the nature of our output. Could we compete with the best pure-plays in town?

It was a big learning curve – we didn’t even know what we didn’t know – and we made a lot of mistakes.

We had some early success with Walkers’ "do us a flavour" – one of the first big engagement ideas from an ad agency – but "choose a different ending" for the Met Police was the campaign that really marked our entry into digital.

The brief actually came in as a request for an outdoor campaign aimed at potential gang members, but we wanted to try something different. I remember being in the room with Steve Jones and Martin Loraine, and we were looking at all the options. There were some poster ads, there was a TV ad and then we had this wall full of Post-it notes we were all staring at. The planners had drawn out all these different permutations of what happens when you pick up a knife, and I remember us fumbling through this, thinking:

"If you did this, this would happen… and, if you did that, that would happen…" And everyone joked: "But you would have to make 27 films if you wanted to show all that." Which is exactly what we did, each impeccably crafted.

It was the most successful piece of communication the Met had ever done, the most-awarded campaign of 2009 and a key contributor to making us Direct Agency of the Year in Cannes in 2010. For an ad agency to be winning in the direct category was a really big moment for us and, again, built the confidence of the agency that interactivity was now core, not a frill. PB 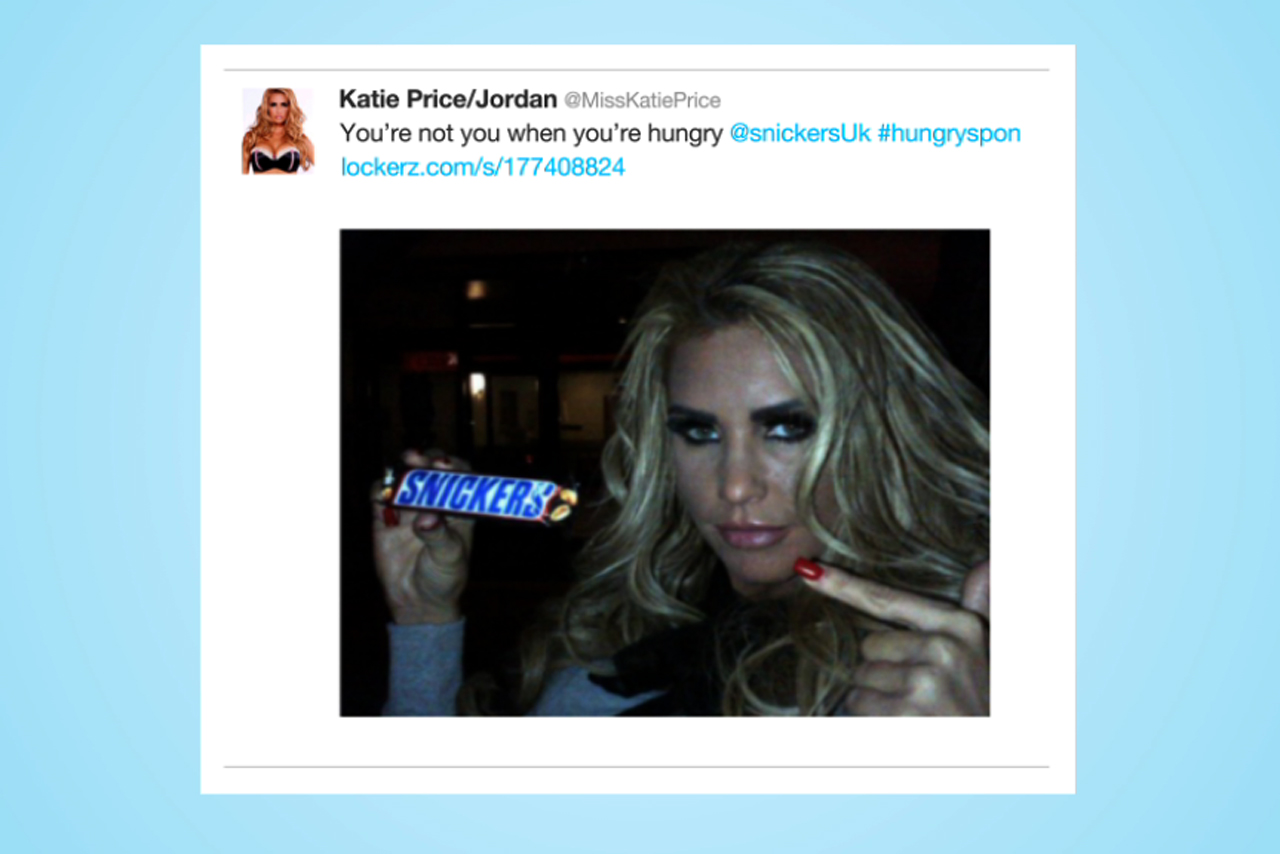 Just as the technology had made the Met Police "choose…" and Walkers’ "Sandwich" possible, so it was with Snickers in 2012. It was such a simple idea – five celebrities combined with 25 Tweets to create a campaign that ended up being mentioned in the House of Commons and won a Pencil.

I recall we’d given the "you’re not you when you’re hungry" idea to a couple of teams to play with, and Tim Riley popped back from The Landmark, two pots of Earl Grey later, with a single page that had it all on.

A month later, it was done. The rest of the department was so envious. And Sainsbury’s benefited, as the renewed sense of competition yielded "Christmas in a day". A cracking example of how great work begets great work. IP