“Addressable TV isn’t a fad,” believes Kristian Claxton, head of engagement at Finecast, the addressable TV ad service, it really is the way forward for brands and campaigns of all kinds…

Near real-time feedback would allow advertisers to reallocate or optimise budgets accordingly and target specific segments with specific product offers.

Has addressable lived up to the promise and what’s next? Claxton, in discussion with Direct Line Group’s head of group commercial/ performance marketing Sam Taylor, explained at Campaign360 why addressable TV is the future. Here are the six key reasons:

1. It's no longer one-way traffic 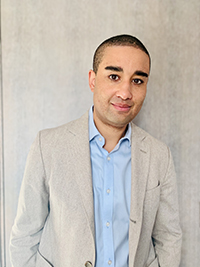 “It’s clear that one day, all ads will be moving more into a served world rather than a broadcast world,” says Claxton (pictured). Global addressable TV ad spend has increased 38% year on year; half of UK households now have a connected TV and streaming and on-demand increased by 71% YoY during lockdown. The decline in linear TV consumption is so steep that it is likely to have dropped 21% by 2025 and by 56% in the 18-34 age bracket. Claxton added: “I'm excited that served media opens the door to more technology, more data and so more addressability options.”

2. Your reach has just got bigger
The partnership between Finecast and Audience Project compares reach across linear and non-linear platforms. “This is still not a deterministic model,” explained Claxton. “But that ultimately isn't available in the market. And this is a really strong methodology that can provide really strong insights into the attribution of reach and frequency across linear and nonlinear channels.” Taylor explained that for a recent Direct Line test linear reached 70% and broadcast VOD reached an additional 3.2%, or 6.4% for 16-34s. “So you can see we are driving incremental reach. That's a good start.” said Taylor.

3. And offers greater all round value 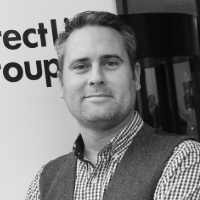 There are opinions across the market that addressable is five times more expensive than linear but, according to Taylor (pictured), broadcast video on demand could become more cost effective when a linear campaign reaches 60% – which in Direct Line's case equated to a cost saving of 5.4%. This rose to 22.3% for 16-34s. “There are potential cost effectiveness benefits of pivoting spend from linear into BVOD as you start to hit some diminishing returns [with linear],” said Taylor. “[The results] suggest we under-invested in BVOD potentially and over-invested in linear.” Fast forward 12 months, said Taylor, and those savings increase to 12.9% overall and up to 32% for the 16-34s as more linear ratings will be needed to deliver the same audience. “It's such a simple but impactful set of results,” said Claxton.

And when it comes to social media vs linear, the results are surprising. Taken at face value, social has a lower cost per thousand (CPM) but Taylor countered: “As soon as you factor in the incremental reach and impact of those platforms relative to linear TV, it showed that social media is still about seven times more expensive to deliver the same outcome."

4. Brand and performance… when you want it
It isn’t a binary choice between short-term sales activation or long-term brand building. Both are important. “It’s all about balance,” said Taylor. “The key is to make sure that you’re watering the tree and harvesting the crop in equal measure.

“We all know that an ad can’t be brilliantly imaginative and brilliantly combative at the same time,” said Taylor. “What addressable allows you to do is to deliver a mass marketing campaign, but target the messaging to individual needs, to make it individually relevant to different cohorts. That I think is what the gift of addressable TV will become in the future as it grows.”

5. Accessible to everybody – big or small, experienced or inexperienced
Addressable provides opportunity for smaller or niche brands, who would never previously have considered TV. An example is the partnership between Finecast and What Car? magazine. Using addressable only, the brand wanted to geo-target households near specific dealership locations overlaid with third-party data about households that had a new car interest. The campaign outperformed all other channels and reduced the cost of inquiry from £70 to £20. “It also delivered really strong brand health scores, as measured by YouGov,” said Claxton. “They found that addressable was the one that allowed them to speak to their core audience the most effectively.”

6. Test, test, test – iterate, iterate, iterate
If brands want to take the plunge, there needs to be a willingness to experiment. Taylor explained: “You can’t just invest in what’s worked in the past because the future looks nothing like the past. One thing brands should really look to do is to try and get permission to have a small amount of money aside, to be able to test and learn.”

As addressable becomes more abundant and reaches a point of scale, planners will lead with addressable audiences, maximising reach against cohorts before filling the gaps with broad audiences.

Finecast is advancing TV advertising experiences for brands and viewers. The Finecast approach is based on partnerships and alliances underpinned by technology, providing advertisers a single point of access to the whole TV ecosystem. Find out more here >>>