The television landscape is changing at "unprecedented speed,'' according to Harry Harcus, the managing director of Finecast, with an explosion of content, proliferation of devices, the rapid growth in viewing on demand and the disruption of the FAANGs...

... but audiences are harder than ever to reach which is why Finecast has launched its industry-first reach-and-frequency feature in partnership with Danish market researchers Audience Project. The challenges of measurability for linear and non-linear TV was thrashed out by our panel of experts at a Campaign-Finecast hosted breakfast briefing in Soho, London this month, attended by over 100 brand, agency and media leaders. Here are eight takeaways:

1. Catch-up if you can
"The fundamental problem is that the consumer has changed quicker than the industry has," said Bobi Carley, head of TV and media for ISBA. But she believes that "2020 is going to be a really significant year of change. Tech is catching up and things that have been progressing will come to fruition".

And they will need to, according to Matt Hill, director of research and planning at Thinkbox, the marketing body for commercial TV in the UK. "In the past the non-linear opportunity was a nice-to-have," he said, "but now it’s a need-to-have because of the scale of the opportunity. We've moved to a point where it's a fundamental part of effective planning."

Gareth Jones, CMO UK at eBay, added: "I'm not sure if moving into non-linear is an opportunity, it's a pragmatic necessity."

2. Blurred linears
Even to differentiate between linear and non-linear TV is passé, believes Emma Moorhead, head of AV planning at Wavemaker. "Our job as an agency on behalf of our clients is to navigate the ecosystem and reach the consumer who isn't differentiating," she said.

Jones agreed, saying: "If somebody is watching Derry Girls on Channel Four or All 4, it doesn't make any difference to them – they're just watching TV. The delineation between linear and non-linear is a moot point for us because we want to measure the commercial impact of TV full stop in the same way that we measure the efficacy of the investment in all of our digital marketing activities."

3. All I want for Christmas…
"What the whole industry wants," said Moorhead, "is this holy grail of single-source measurement that allows us to be able to independently verify viewing across all platforms. We want to be able to compare all video viewing opportunities on a like-for-like basis."

4. Measure for measure
Finecast are not the only ones trying to deliver Moorhead’s "holy grail". "BARB are now measuring across all devices, as well as television sets so they’re reporting total audiences at a programme level," said Hill while Jonathan Lewis, head of digital and partnership innovation at Channel 4, believes that CFlight, the Comcast/Sky product could deliver game-changing opportunities if the whole industry backs it.

"They have access to a huge amount of set-top box data but they also own FreeWheel, one of the biggest ad servers in the world," Lewis explained. "They're able to marry those two data sets together and it’s pretty robust." He added the important rider that this product is being offered up to the industry as a whole.

5. Think of a number
Hill questioned the validity of data that might rely, in part, on modelling and assumptions. "This whole area is bloody difficult," he said. "That's what has held BARB back from being able to move quicker. I don't want to go down a road of modelling on a model, fusing one data set with another in a non-meaningful way when you just end up with some numbers on a bit of paper."

But Jones felt this was a futile and unnecessary pursuit of perfection. "We have been saying it's difficult for a long time and we clearly need credibility but what degree of precision on that measurement are we prepared to accept?" he said. "Dave Trott talks about the McNamara fallacy, where sometimes you can have a false precision in these numbers and clients just sometimes need to take a bold leap with some intuitive decision-making."

6. Good telly is still good telly
Credible measurements of non-linear audiences will restore confidence in TV, which remains one of the most powerful ways to grow or improve "the long-term health of a brand", according to Moorhead.

"Something which I hear a lot – and it amazes me – is brands having to justify the spend on TV," said Carley. "That puts pressure on marketers and sometimes it makes them not want to be on TV because it's easier not to. This whole movement [towards measurability] will help everybody understand the value of TV and be able to compare like for like."

"The reason that we invest in TV is because it gives us quality at scale," added Jones.

7. Content quality is everything
It’s easy to assume that the increase in VOD viewing and the vast number of platforms available to the consumer means the mini-screen experience is where it’s at. Well, it depends.

Channel 4’s Lewis said: "We’ve found that around 75% of our VOD viewing is on the big screen, while mobile is less than 10%. We’re going in a completely different direction to the social and digital platforms with their thumb-stopping moments. Our viewers want to watch the best content on the biggest screen."

Hill countered: "A bigger factor than the screen size is the quality of the content – you’re judged by the company you keep. So if someone is watching Game of Thrones on your phone, as an advertiser you’re aligning yourself with some high-value, appreciated content."

Moorhead agreed: "We’ve been talking for several years now about how not all impacts are created equally. It's more than about understanding the strategic value of different types of video opportunities – if the content is good enough, people will watch. It’s the forced view versus the clickable view."

8. The future is … collaboration
Moorhead is not alone in wanting independently verifiable data but in order for that to be achieved, there needs to be collaboration between broadcasters. "The more that media owners can work together, the better from our perspective," she said. "We've seen that more in the last year than ever before. Even five years ago, TV was a given on a media plan but now it’s facing challenges and having to justify itself. Broadcasters will have a much stronger voice when they come together."

Jones added: "As a client, we need a collective view from all the broadcasters that gives us commonality in terms of how we measure this.

Advertisers can benefit from positive developments progressing in this area, while they're waiting for increased collaboration. Finecast's Viewer Metrics method answers a client problem – they need to show the effectiveness of TV somehow in the absence of common currency across the industry, and this new solution is a "good enough" way for marketers to measure this medium, according to Jones. 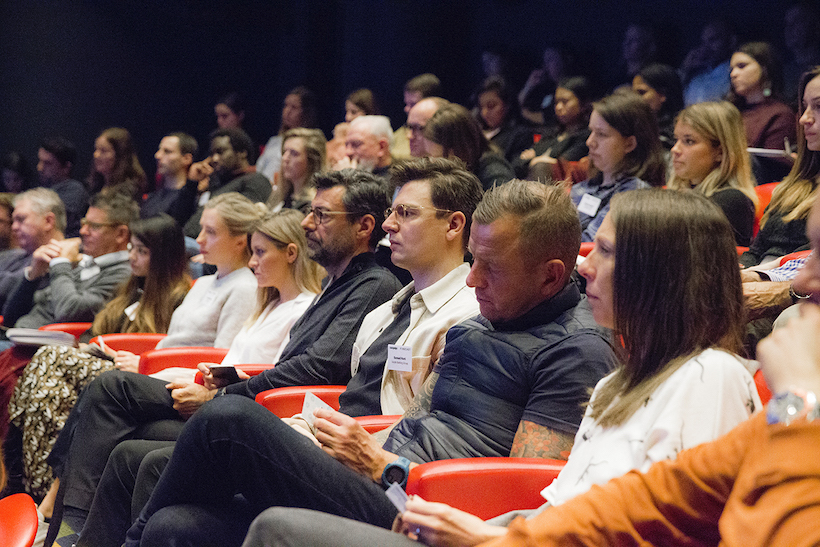