“I’m just glad I wasn’t one of the people painting out the many puppet strings.” It won’t have been the only thing creative director Matt Woolner was relieved about after the complexity of remotely shooting an ad with a production team and puppeteers in Latvia, directors in Canada and the agency and client zooming in from their homes in the UK.

The resultant ad, ‘That Feeling’, was voted by the Thinkbox Academy to be the best that debuted in July and August. The commercial features Tukker, a long-haired dog, who embodies the response of a nation denied for many months the freedom of a car journey. Celebrating the feeling of getting back on the road, the spot aims to remind people that the AA is there by their side as they return to the driver’s seat.

As a brand that stands for the freedom of driving, the AA had an unprecedented opportunity to step up and own the moment and emotion, explains Adam & Eve/DDB’s Steve Wioland, Woolner's fellow creative director. “An opportunity like this merited an ambitious and original approach,’ he says. One with  brand communications that were “positive, bold and confident in action, tone and visual identity.” Also “yellow,” adds the AA’s group marketing director Tracy Abraham.

TV was a no-brainer. “Across brand and DRTV, we see impressive return on investment and the most positive public response to our TV ads versus any other channel,” Abraham says.

When the agency pitched the idea of a puppet dog, complete with shades, putting a tune on the record player and revelling in the wind from a fan rushing through his fur, the client was sold. And so Tukker the dog was born. But there was still some convincing to be done.

“Motorists were missing the feeling of being out on the open road with the windows down, the sun shining and their favourite music track blaring...We thought it would be fun to show a dog replicating the feeling it gets from hanging its head out of a car window as the warm rush of summer air flows through its fur,” Wioland explains. “There was a lot of discussion around ‘how will the viewer know what he is feeling?’ but any concerns were quickly allayed once we got into rehearsals. The set received a liberal application of Pantone 116C and we were good to go.”

The AA's marketers also needed some persuading on the ad’s dream sequence, Woolner reveals. Helpfully, though, Will Harrison, the AA’s head of brand marketing, suggested the music track himself, so that was cleared before the shoot. 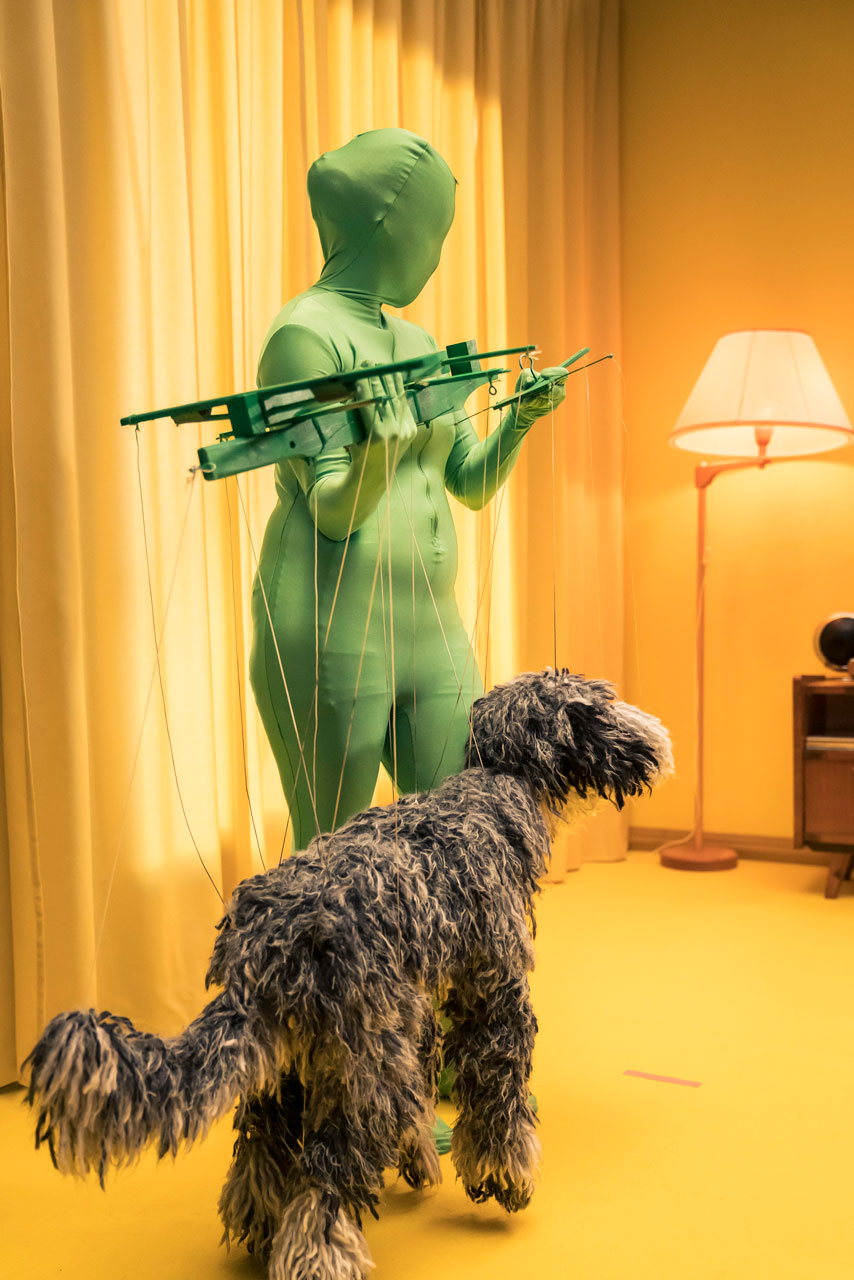 There was a lot to get through in a very short space of time,” Harrison says. “From choosing thickness, colour and ‘windsweep’ of fur, to signing legal documents required for shooting during a pandemic.” Considering the constraints of remote shooting and directing,  “it was remarkably smooth,” he adds. “We were very clear on timelines and expectations in advance and puppeteer practice and agreeing set design early all helped towards a really exciting shoot.”

As directors, the Perlorian Brothers “really got the insight with a much needed dose of joy and humour,” says Abraham. “We were convinced they would deliver a bold, quirky and unique spin on the story we wanted to tell with a smart and contemporary executional style.”

The directors’ simplicity also won them the gig, admits Woolner. “[They] kept it simple. They showed us a clip of someone walking a dog marionette puppet down a street. It was so life-like and had buckets of charm, so we knew that was the way to go. They also came up with the idea of the dog putting on a record and wearing shades, which amused us.”

Being unable to attend the shoot brought a few regrets - not being able to meet the crew and puppeteers or to give Tukker, [ the puppet], a well-deserved pat on the head - but, Woolner notes, “we didn’t get the chance to eat our own body weight in shoot food, so that was good.” And post-production took twice as long as it would have done in normal circumstances. 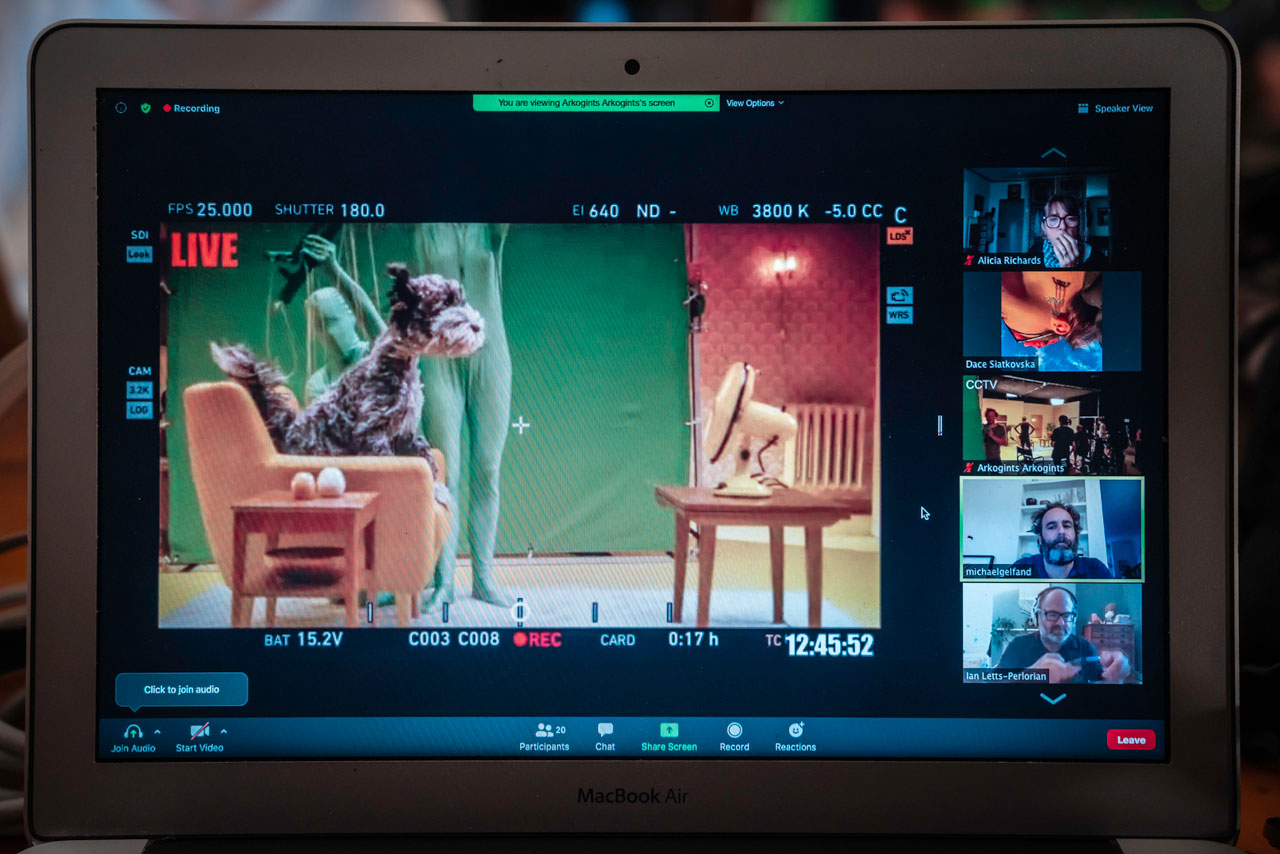 The campaign was teased and launched on social media on Friday 10th July, followed by TV on Monday 13th July. TV took the lion’s share of investment with radio, out of home, press and digital adding to a multichannel campaign launch. Ads ran in Coronation Street, Celebrity Gogglebox and Premier League football, with 50” specials spots cherry-picked to give broad coverage build in the first two weeks of the campaign.

It seems people were yearning for a breath of fresh air, says Wioland of the reaction from AA members and the public. “We’ve been blown away by the positive comments [and] commercial results so far have been positive.” And Harrison reports that YouTube views and engagement alone have been beyond anything the AA has done before.

Abraham’s advice for getting a great idea from script to screen? “A clear insight and vision. Equal doses of flexibility and standing your ground when things feel right. Planning, prepping and pre-prepping. A good sense of humour. And brilliant teamwork internally and externally.” And Wioland’s favourite element of the ad: “Simply the fact that it makes people smile.”

Second place in the May-June Thinkboxes award went to 'Smell Ready' for Lynx by MullenLowe and third to 'Let it Out' for Promote Iceland by M&C Saatchi.

Also shortlisted were ‘Let's not go back to normal’ for Durex by Havas London and ‘This is it’ for Rightmove by Fold7.