Absolut, the Pernod Ricard vodka brand, has wrapped two London buses in a rainbow print to support the LGBTQ community.

Passengers will be able to donate to LGBT equality charity Stonewall by tapping their smartphones on the back of the seats, which Absolut says is a media first. NFC chips have been integrated into bespoke vinyl ads on the seats.

The buses will also have digital screens running geo-targeted messaging as they travel on routes 14 and 19. The four-week campaign has been created by Exterion Media, Posterscope and Havas. 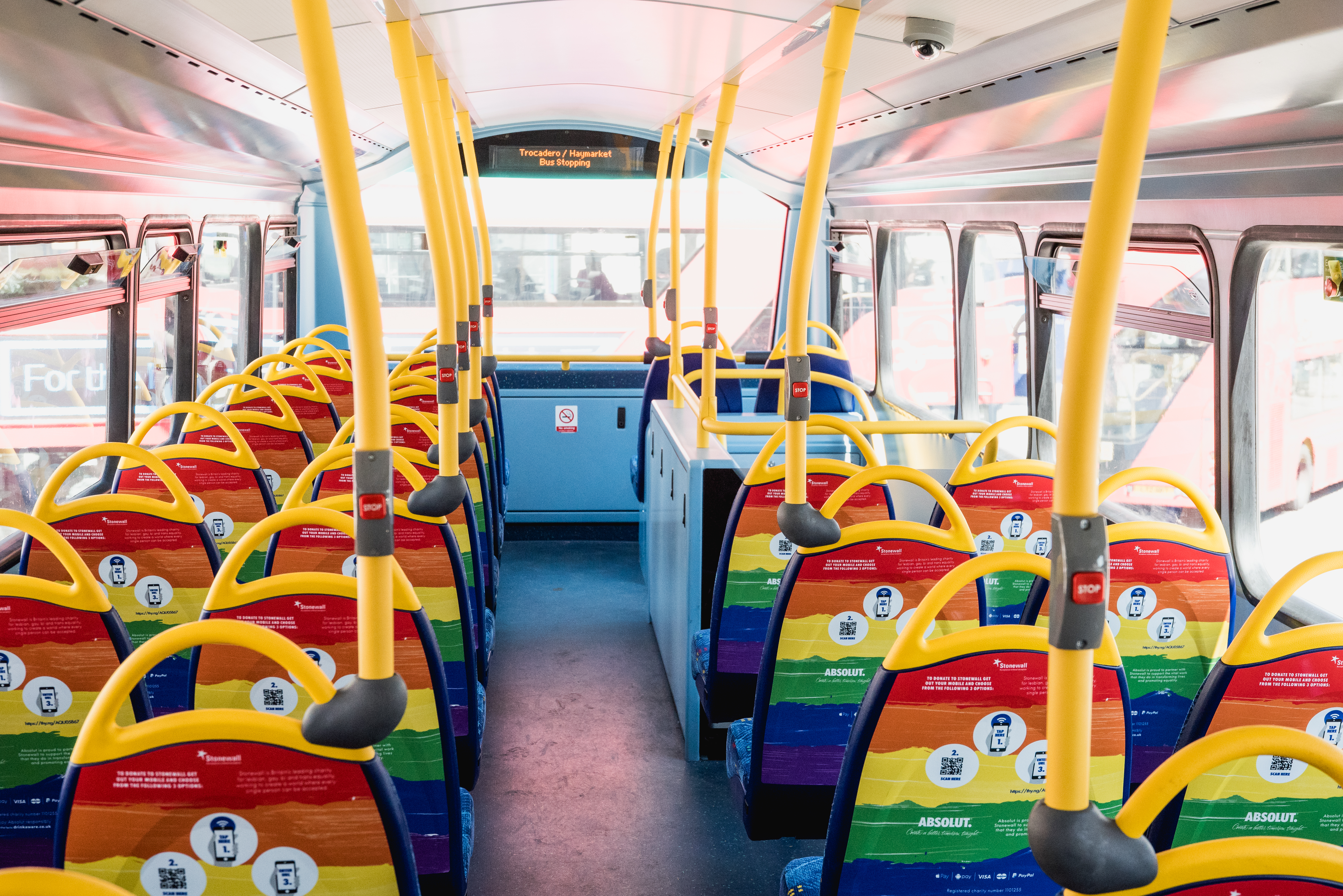 The campaign is supported by a limited-edition rainbow Absolut bottle, which launched last year. 50p from the sale of each bottle will be donated to Stonewall.

Adam Boita, head of marketing at Pernod Ricard UK, said: "Absolut believes in creating a better, more open world, where everyone has the freedom to express their true selves, without fear or recrimination. For 35 years, Absolut has stood with the LGBTQ community and we are proud to support the vital work Stonewall do to promote equality."

Pernod Ricard CEO: 'Outsourcing media buying? Why not do it ourselves?'