World's biggest commercial podcast platform had previously insisted it would not adopt 'free to all' model.

Acast is opening up its podcast-hosting engine to podcasts of any size for free, having previously insisted that it would never adopt a "free for all" model.

It is launching Acast Open as "a new product for anyone looking to create their own podcast for the first time or who want to take the next step in their podcasting journey".

Acast Open will have three service tiers, including a free starter option. Subscribers at any tier will be migrated to the Pippa platform after Acast acquired Pippa earlier this year. The Pippa brand, meanwhile, is being scrapped.

Acast said podcasters will get access to exclusive functionality such as automated episode transcription and the Snipper audiogram tool.

The move comes two years after Acast co-founder and chief executive Mans Ulvestam insisted that the business would not adopt a "free for all" model in the style of YouTube for video.

Ulvestam told Campaign in 2017: "The long tail on YouTube is the majority of the content. And if you can’t control that and advertisers don’t want to advertise towards that, then you can’t just host it, it costs money to host and stream.

"You have to monetise it somehow, and the only way is to charge either the end consumer, like a subscription." 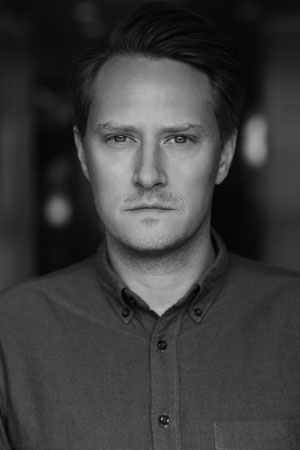 When asked by Campaign why Acast had changed its policy, co-founder and chief product and technology officer Johan Billgren (pictured, left) said the company has since gone "way beyond sponsorship and advertising".

He said: "In the past year, for example, we’ve launched Acast Access, Acast Live and Acast Studios to bring even more opportunities to our network.

"We acquired Pippa earlier this year, so we could offer the power of the world’s most sophisticated podcasting engine to every show, big or small – because you never know what the next global hit will sound like. Acast Open is our new product pulling all of that together.

"[Our existing network of Acast-hosted podcasts] will continue to receive the premium service Acast has been offering since the start for our top talent, which includes monetisation through advertising and sponsorship."

Acast is the world’s biggest podcast company, having grown quickly since being founded in Sweden by Billgren, Ulvestam and Karl Rosander, president of Acast Stories US. It now has 180 employees with offices in Chicago, London, Los Angeles, New York, Stockholm and Sydney.

However, the podcast monetisation market is getting increasingly competitive as popularity of the medium grows rapidly. While Acast, Audioboom and Global’s Dax are the UK’s biggest players, there is increased competition from Spotify and Podfront, a new UK joint venture from major US companies Stitcher and Wondery.

Audioboom charges a monthly subscription, but it is regarded as covering the costs of distributing podcasts rather than as a source of revenue. Dax does not charge fees to non-Global podcast publishers.

Billgren said: "Acast is the only truly global, end-to-end podcast platform that can take creators from bedroom heroes to worldwide success stories. Now we’re putting the same tools we’ve built for the world’s biggest and best podcasts and publishers into the hands of every podcaster on the planet.

"With Acast Open, we’re combining the simplest, smartest way to host and share your show with the might of the world’s biggest podcast company."