Ad-blocking is an issue like no other we've faced before, but we lack a collective approach to the problem, says Starcom Mediavest Group's Marco Bertozzi.

Ad-blocking, now in its next chapter. The converted network in the form of Three is going to banish ads en masse. We have lived through a number of chapters in this story, we are reading fast because it is such a page-turner. On a panel a week or so ago I was asked a number of good questions.

The first was why had we taken so long to wake up to the issue when ad-blockers had been around for some time. The second was "what are we actually going to do about it?" and finally a question about what advertisers think. The questions raised some good points because right now the whole industry is standing around admiring the problem with little visible action.

Let's start with the advertisers, why are they not up in arms on this topic? Well the answer is that it has not affected them, as far as they can see. They ask for media and they get media, often at a lower price than last year so everything is rosy. The mobile network Three’s partnership with the ad-blocker Shine might start a trend that means the only feasible answer is restricting inventory and increasing pricing. Advertisers will then find the cost of their digital ads goes up. When you see that six months after bringing in new rules on its exchange Appnexus has reduced traffic by 90 per cent, you start to see the potential impact if you clean up ad fraud and restrict eyeballs.

I believe we did not notice the problem until other businesses started to make money out of the problem. Not unlike the earliest protection racket that started up around the olive groves of Sicily, once it was clear that there was money to be paid the topic was widely distributed by the aforementioned racketeers, sorry ad-blocking companies. Since then, ad-blocking has seeped into the common consciousness appearing in articles, films and more. In fact as Caspar Schlickum of Xaxis said, we basically brought it upon ourselves by talking about it so much.

We are now admiring the problem from every angle like a fine work of art. Yet this is an industry issue like no other we have had before. This is an issue to end the industry and we need to create a collective approach to the problem. We have to do something on the scale of the alcohol industry. "Please drink responsibly" needs to change to "please advertise responsibly". We need to get behind a body of people capable of creating change. 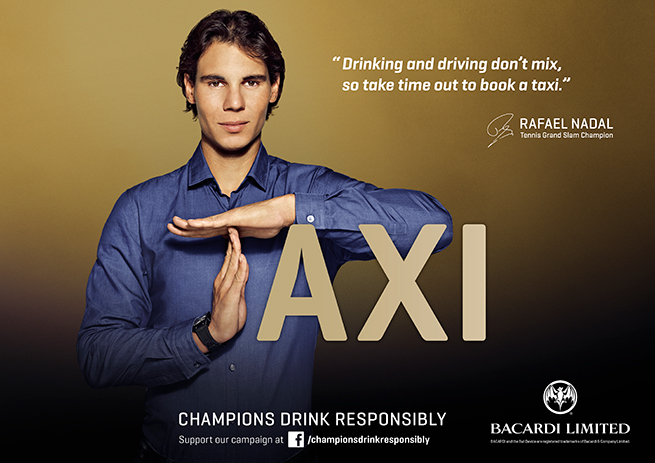 Advertising needs its own version of the 'drink responsibly' industry effort

The question is who is going to put their hand up? The Internet Advertising Bureau, IPA, and Advertising Association have to come together to start the ball rolling. Some of that should be official sounding work and some more basic. The easiest example is to all collectively agree to not build certain ads.

And as a parting remark, I would say it is not helpful that other parts of the business are rubbing their hands together on this topic. Whether it be people working in other media channels like TV who think that people actually like TV ads, when actually they have no choice really, give them an app to dodge TV ads and they will, or creative agencies blaming programmatic. We all have a part to play and it threatens all of us.

One thing we could all do is not allow ad-blocking companies into conferences as the IAB did in the US because the lights that beam on the stage, the food they happily eat in the break, the drinks they consume in the bar afterwards and everything in between is paid for by advertising. For that reason alone they should not be invited.

City AM to ban all ad-blockers on desktop browsers