Industry believes fame and money are widespread desires; in fact, very few are bothered about them.

The ad industry is woefully out of step with some of the values and priorities of ordinary consumers, a new study from Reach Solutions, The Aspiration Window, has found.

The publisher of the Mirror and Express surveyed 2,000 UK adults and interviewed 200 advertising and marketing professionals in February, then repeated the study in April to see whether the coronavirus pandemic had affected people’s views. From the first set, it identified the "modern mainstream", defined as the middle 50% by household income.

There was a particular gulf between the mainstream and the industry professionals surveyed when it came to people’s desire for money and status.

Most strikingly, industry professionals on average thought that two-thirds (68%) of the mainstream wanted to own expensive possessions – more than six times higher than the actual proportion of people who said this about themselves (11%). 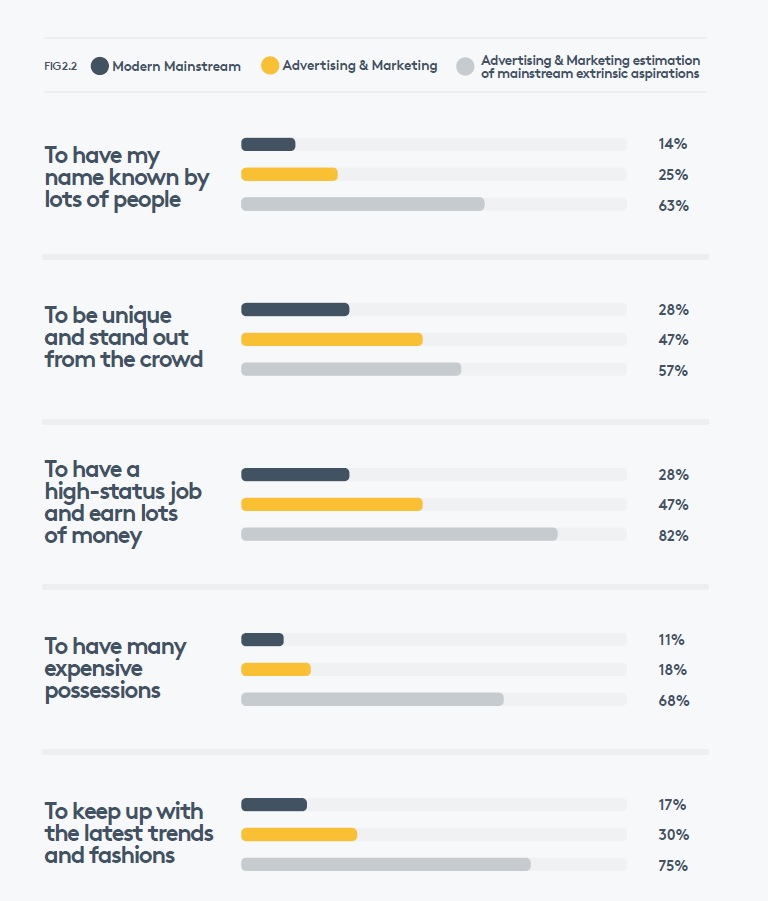 Just 18% of industry professionals, meanwhile, said this about themselves – placing them much closer to the reality of the public than they are to their perception of the public.

Similar patterns can be seen in the desire for a high-status job – an aspiration of 28% of the public and less than half (47%) of industry people, but believed by the latter to be something that 82% of people want – and fame, which 14% of the public and 25% of industry professionals want, but was thought to be an aspiration of 63% of people by the industry.

"'The aspirations window' is open far too wide and it causes us to persistently miss the mark in capturing what really matters to the mainstream," Andrew Tenzer, director of group insight at Reach Solutions, said. "This is a problem of market orientation – an aspiration gap that ruthlessly exposes our industry’s basic lack of understanding of mainstream people."

The report identified a crucial factor that could explain some of the differences between the industry and the public: 70% of advertising and marketing professionals come from an AB background – the top two socioeconomic groups – compared with only 29% of the population as a whole.

"Our notion of mainstream aspiration is seriously flawed due to the elitist composition of the marketing and advertising industry," Tenzer added. "We need to start addressing the elephant in the room – social diversity."

The study paints a gloomy picture for marketers who believe a strong brand purpose is the key to success. Across three factors – brand values, position on social issues and political affiliations – there was a lack of enthusiasm from both the industry and the public. 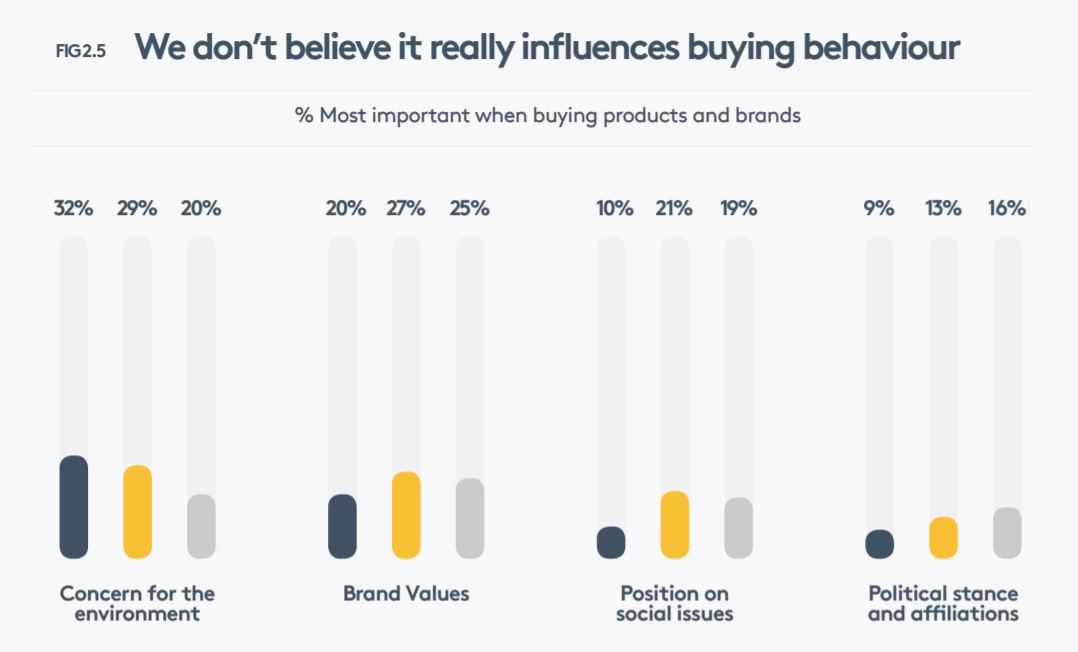 In all three cases, few industry professionals described them as important factors when making their own purchase decisions, while they also predicted they were relatively unimportant for the mainstream. But in each case, the mainstream rated them as even less important.

A fourth factor, concern for the environment, stood out in that industry professions underestimated its importance to the mainstream. 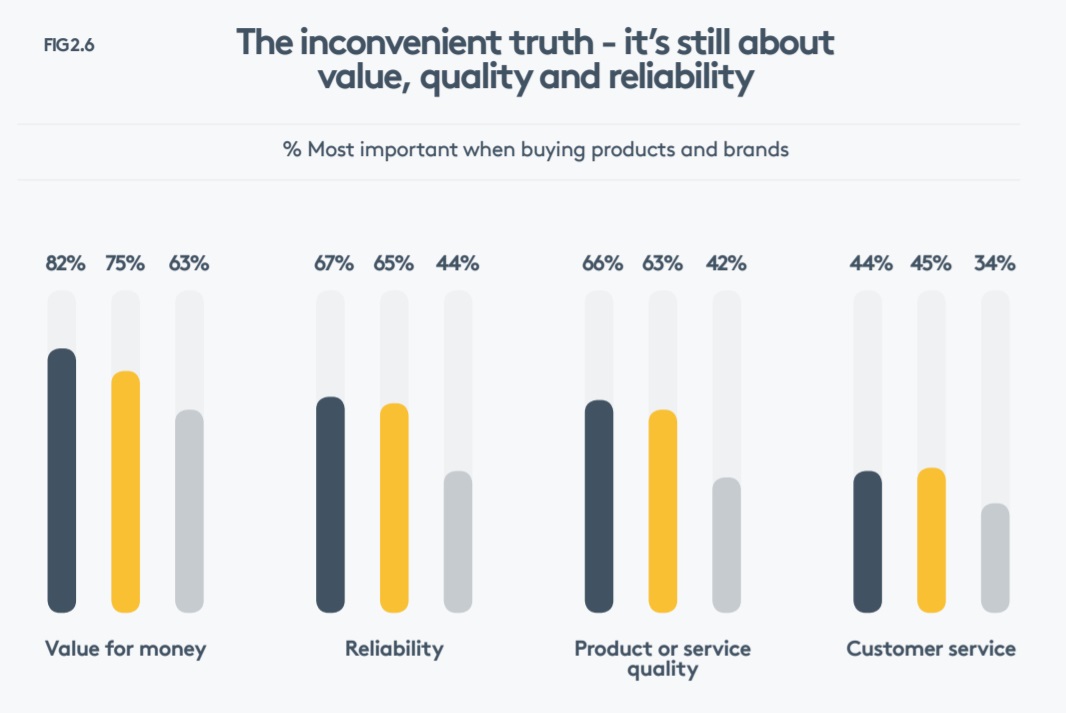 Instead, members of the mainstream considered value for money, reliability, quality and customer service to be the important factors – priorities similarly shared by industry professionals when talking about their own consumer behaviour, but underrated by between 10% and 24% when they were asked to estimate how important these were to the mainstream.

"We have identified a clear disconnect between one of the dominant narratives in our industry and practitioners’ beliefs about what actually works," Tenzer said. "The simple fact is that even people in the industry don’t believe social virtue matters to mainstream audiences. We believe the industry probably champions it to make it feel better about itself."

Our report on aspiration exposes the consequences of adland's elitism

Measure what you treasure

Unilever, Tesco, Mastercard and more on why CMOs need to invest in advertising

"At the IPA, we tie communications and creativity back to business value"