In a Campaign column this week, MullenLowe's Laurence Green argued that the ad industry is losing sight of campaigns in favour of disruptive stunts.

The ad industry has fallen out of love with long-running campaigns and been seduced by the promiscuous gratification of short-term marketing stunts.

At least that's what concerns Laurence Green, executive partner at MullenLowe London, who in a column for Campaign this week argued that agencies and clients have "grown out of, and sometimes even ditched, the campaign habit".

Green cites a growth in awards recognition for work that is reactive or impulsive rather than considered. It's an approach epitomised in KFC's "FCK" – a campaign that (neatly, it has to be said) straddled the line between PR/crisis management and advertising.

His argument is backed by research. In 2017, an IPA study by Les Binet and Peter Field noted that a rise in the number of short-term campaigns (those that ran for six months or less) had contributed to a decline in overall advertising effectiveness.

Binet and Field found that mass media, as opposed to niche audiences reached via social media, contributes to long-term effectiveness and efficiency, but that spend was being undermined by a belief among marketers that mass marketing is inefficient.

A group of marketers at this year's Cannes Lions spoke at a session chaired by Campaign, in which they discussed the conflict between a "quick hit" and long-term brand-building. Patrick Stal, EMEA head of marketing at Uber, insisted that "short-term growth is actually the enabler of long-term value" and that "if we don’t grow today, then we won’t have the platform we’ll need to grow tomorrow".

Brands such as BrewDog use marketing to actively spark publicity, begging the question: is it the message that's the campaign or the social reaction it provokes? The beer brand's recent "Advert" campaign is a case in point: a studiedly meta stunt that pillories the notion of an ad, while irrefutably being one.

Green argues that an emphasis on the short-term campaign, the "glorious one-off" as he puts it, is taking the ad industry "away from the time-honoured upside of the campaign".

Has the ad industry lost the art of making campaigns? 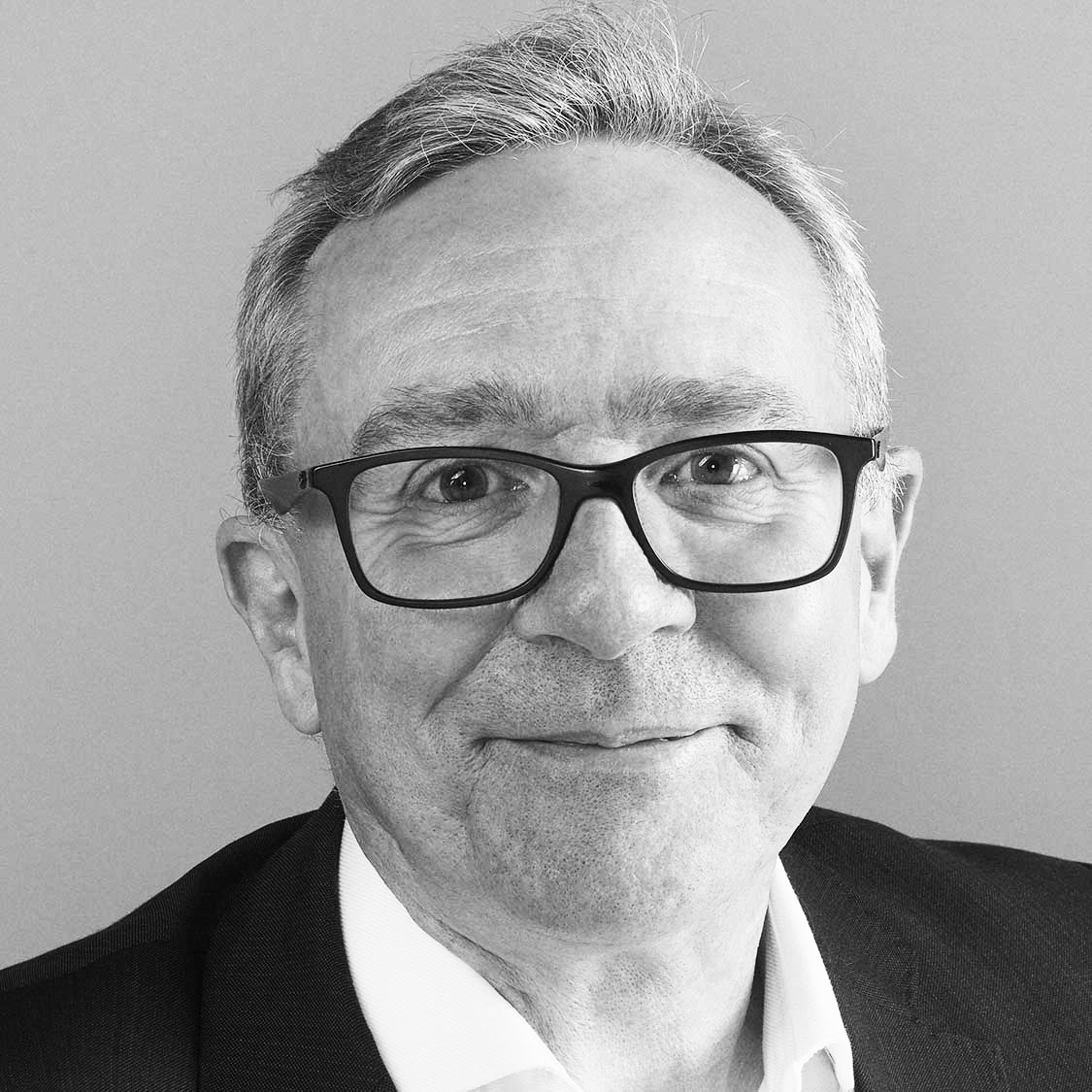 Short-termism in marketing is a problem. It's leading advertisers away from brand-building, leading agencies away from long-run campaigns and compromising marketing effectiveness. It's particularly pronounced in digital, where innovation and disruption are highly prized and projects are often short-term. That kind of one-off creativity can work, but works best within a long-term brand framework. As Byron Sharp says, effective creative work needs to be fresh and interesting, and consistent with what's gone before. And it’s that consistency that we’re losing. We get bored with our ideas long before our audiences do and conflate genuine creativity with mere novelty. 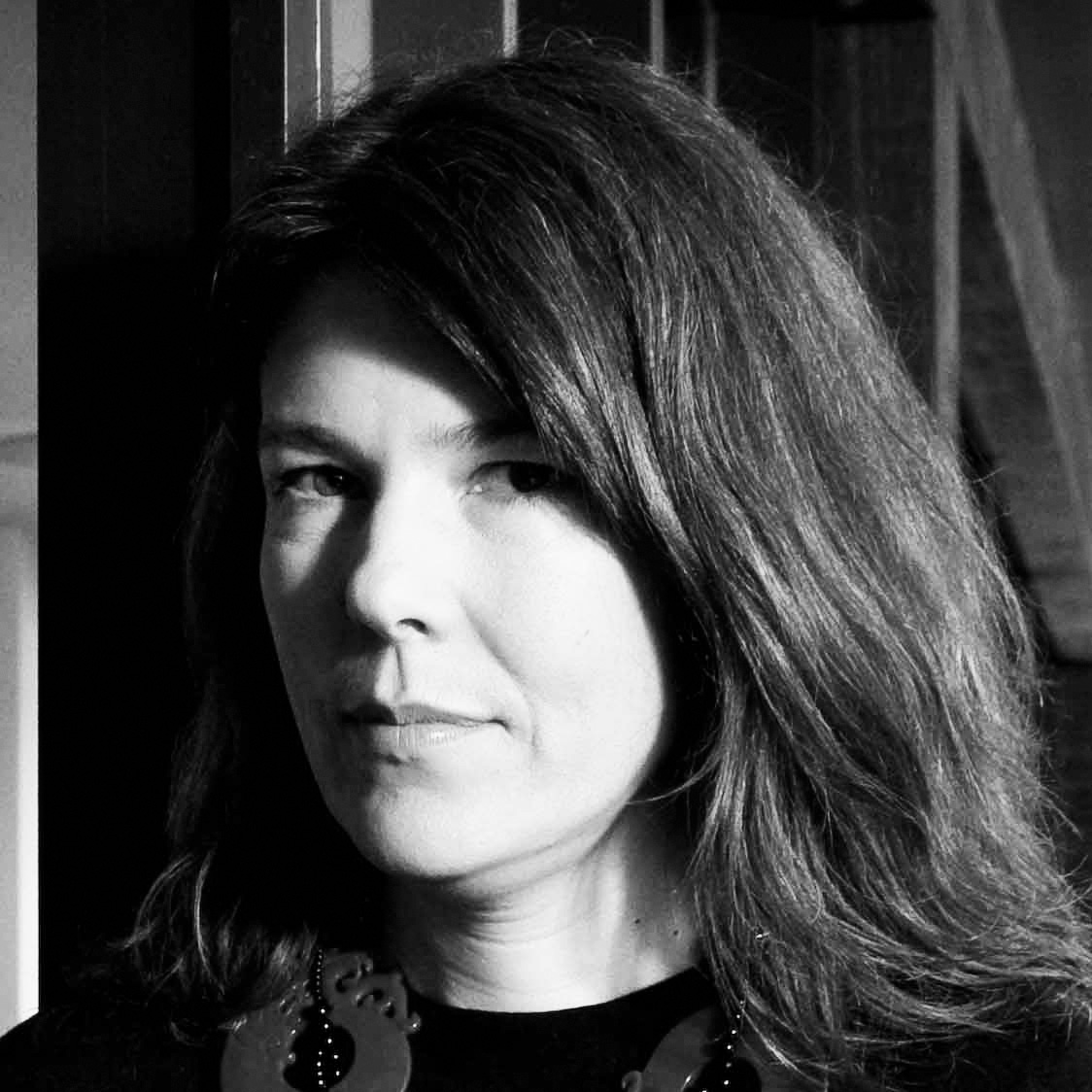 I’d be pretty happy if we had lost the art of making campaigns. Campaigns evoke waging war on consumers. Not building relationships. Campaigns also evoke the world of TV advertising, but little else. It’s the wrong metaphor and mindset for our business.

Superficial slogans, comic characters and punchlines create a brilliant assault on the senses, but don’t we need something deeper too?

Sure, brands are built over years, not months. But they are also built through an increasingly complex web of experiences from search and social, to NPD, recruitment and CSR initiatives. Campaign thinking gets in the way of all that. Instead, you need a clear operating system for every brand. It may be rare, but it’s more important than ever in a project-based world. 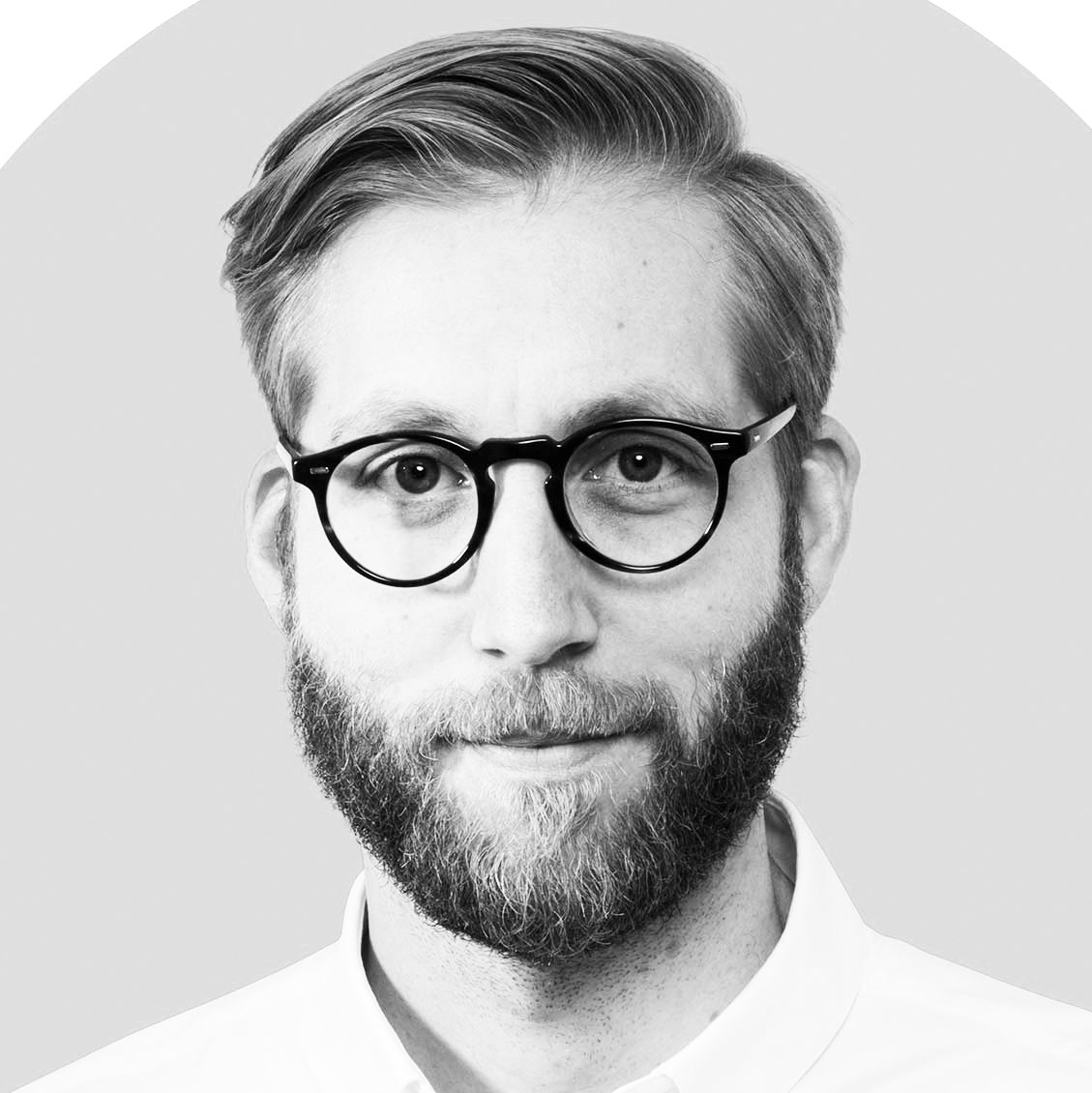 When the irate spittle-flecked mob demand to know whether the politician plans to invest in fixing the NHS or putting more bobbies on the streets, their answer can only ever be "yes". I’d wager the same is true of Laurence’s quandary. The cumulative ROMI of Aldi’s enduring campaign foundation is beyond doubt; however, its impact in people’s lives has been carefully maximised through tactical "one-offs" like "Teatime takedown". In short, both offer value, albeit very different kinds. Where campaigns maintain brand momentum, one-offs help refresh public interest, creating new impulse forces in the process. 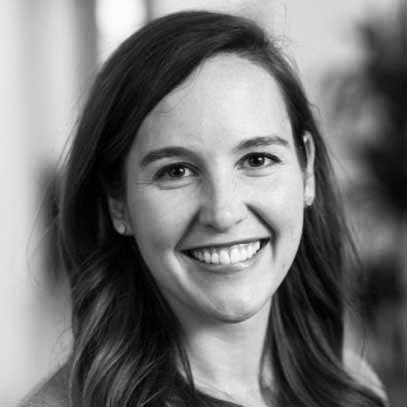 The art of making campaigns hasn’t gone away, but it has evolved over time. The question we should be asking ourselves is: has the industry caught up? Instead of reminiscing on the past, we should be looking at what creativity means in the era of today and tomorrow. There’s a lingering perception that technology has slowly chipped away at creativity, pushing us to efficiency over effectiveness. But there’s no reason both can’t be achieved, with people working in partnership with technology. By automating some of the more repetitive tasks, we give ourselves more time to explore taking strategic risks and building brands for the future. So, the art of a beautiful campaign is not lost, as long as the ambition to create something beautiful is still there. It’s up to brands to ask for longer-term investment in their story and for agencies to help write that story beyond the next quarter. 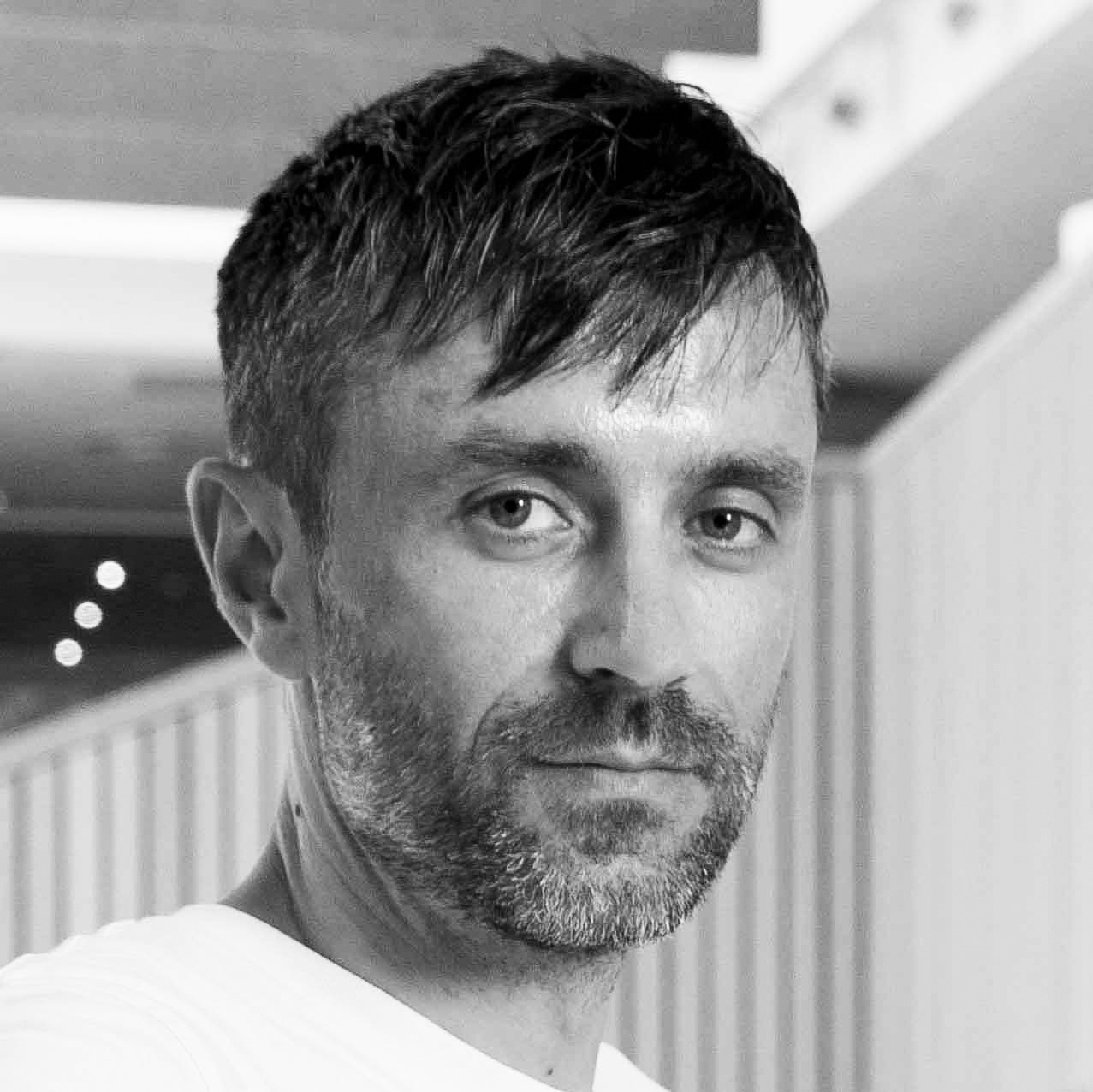 Campaigns are definitely few and far between now. But it’s important to note the different types of campaigns. There are the brilliantly insightful, super-tight ones – "Good things come to those who wait" and "The power of dreams" – that put the ball right on the penalty spot for subsequent creatives. And then there are the mile-high, brand-organising campaigns – "Vorsprung durch technik" and "Just do it" – that give the creatives a goal kick, a proper hoof down the pitch and a number of different ways to get to the goal. Both are in short supply.

I think it’s a result of short-term, immediate sales driving thinking from clients, combined with faster and faster turnover rates of CMOs. Plus, of course, the cold hard truth that they’re hard to come up with in the first place. And it's a shame because, as Laurence says, long-running campaigns make the creative department’s life so much easier. I can’t help wondering if the increasing rate of creative burnout is happening because when we’re getting briefed, we seem to be starting from the centre spot; we’re not 100% sure where the ball is and we only have 15 seconds to score the goal.

Oh and don’t think this longing for campaigns only applies to the "traditional" media channels either.  Give me "The power of dreams" and a social media ask, or an entertainment opportunity, or a brand experience brief, and I would have a damn good chance of hitting the back of the net, because the ball would be right where I want it – smack bang on the penalty spot.

Our industry needs its own marshmallow test