This year's Faces to Watch share the single biggest change they would like to make to the advertising industry.

Meet this year's Faces to Watch

If change is the lifeblood of creativity then creating the space to listen to the next generation of talent should be a business imperative. With this in mind we asked this year’s Faces to Watch to suggest one thing the industry should change to improve the experience of working in adland.

The suggestions were both diverse and hard-hitting. Ranging from tangible changes such as tackling the gender-pay gap through to transparency and asking media owners to donate a proportion of their ad inventory to more general concerns such as  bursting the London bubble to embracing integrity and honesty. Here are a selection of the best suggestions; 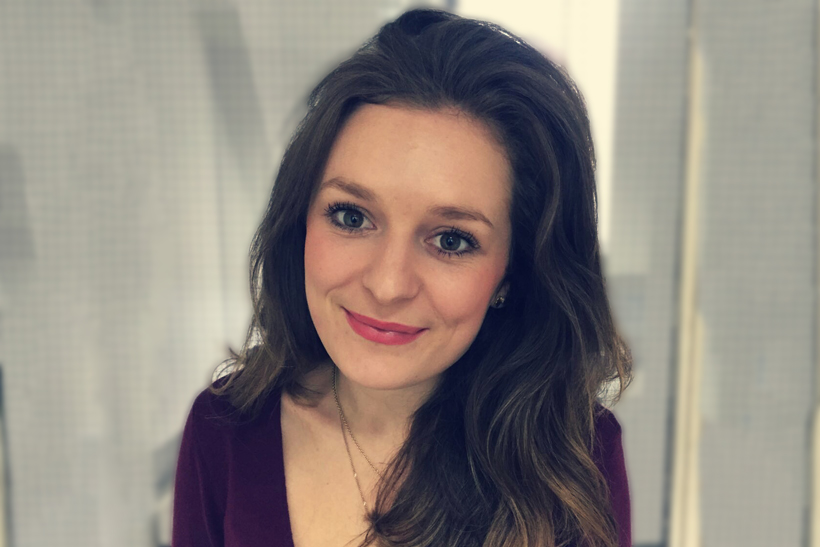 Our industry is full of smoke and mirrors when it comes to hiring, promotions, firing and pay. The BBC publish the salaries of their most senior people and we have all read the recent scathing media analysis of the results, which have opened up a conversation [about equal pay] that needs to be had. Our industry, and our agencies, have a responsibility to move towards a more transparent approach to the people they employ. I would like to see all IPA agencies publish a full list anonymised salaries by job role.

It is about more than male and female counterparts being paid the same. It is about our employers making it clear that the relationship between them and us is one of respect. Those at the top need to take a stance from their considerable positions of power and authority, not by vindicating or vilifying individuals but by exposing inequality rather than protecting themselves.

Reshape the future of pitching 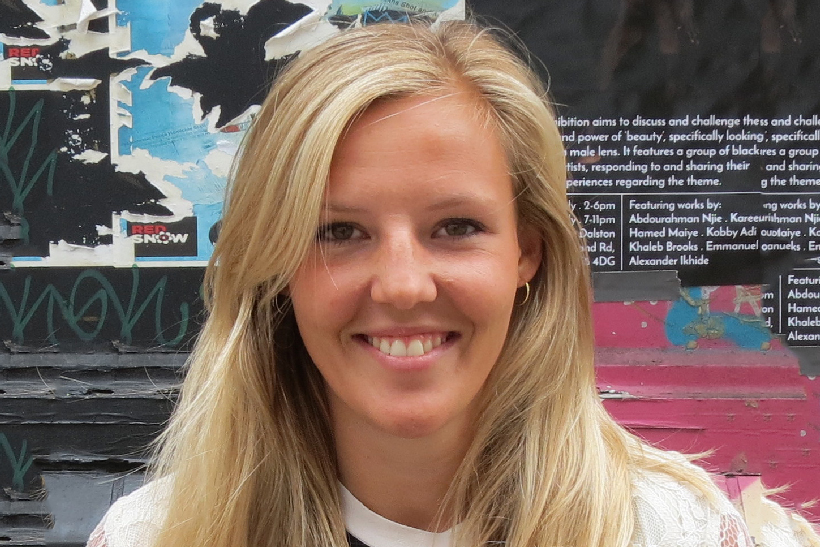 For an industry that spends so much time talking about progress and changing agency models, we have barely scratched the surface on the outdated nature of pitching. There are not many professions that give the answer away to a prospective client.

It still feels like everyone is too nervous to stick their heads above the parapet, and so we are stuck in a continual arms race. When one does it, we all do to.

More and more, clients and agencies alike would be better served by a different model. Extended chemistries and workshops, for example. The most important thing is always the team clients are buying. So should we be testing the team dynamics more than the starting idea?

We need a model that better benefits the whole industry - and I include clients in this. Even more acute in a world where project-based work is more prevalent.

The same goes for the PQQ-RFI-RFP-ITT-RFX-ABC-XYZ’s. Deployed sparingly they serve an important purpose. But less is definitely more.

Change the way we pitch 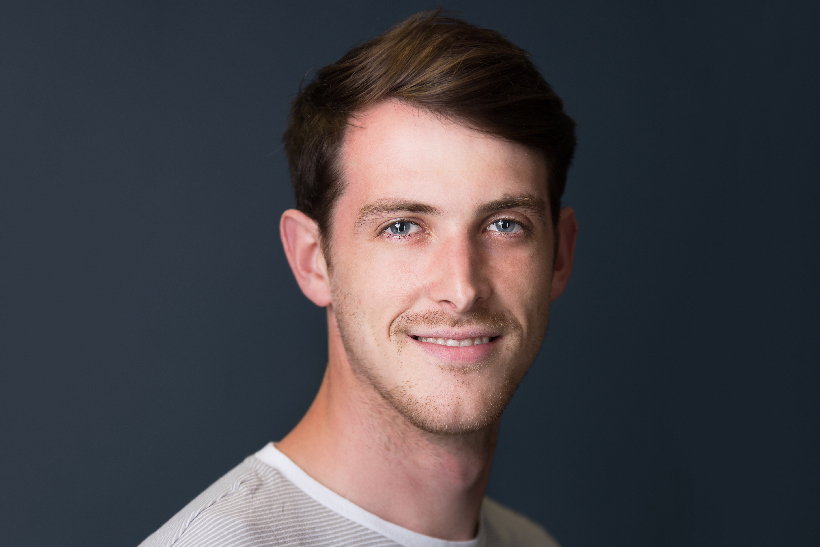 I would like to change the way that we pitch for business. It is a process that seems to burn people out and is heading in a direction that doesn't seem entirely sustainable. There are more agencies than ever vying for business in London and around the world, so we have to start thinking of new ways to establish relationships with clients. 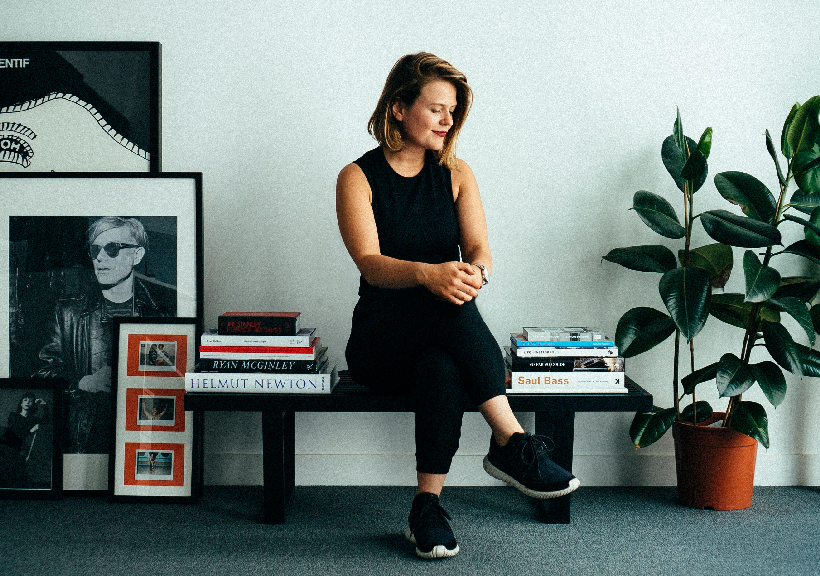 Advertising needs to become less about global noise and more about localised community ownership. Where the brand serves and gives back to the consumer. Providing useful and meaningful tools, services, products & spaces.

Red Bull Academy is a great example of this as it provides the space and equipment for people to create. More brands should see this as the future of coexisting with their consumers.

Better representation at the top 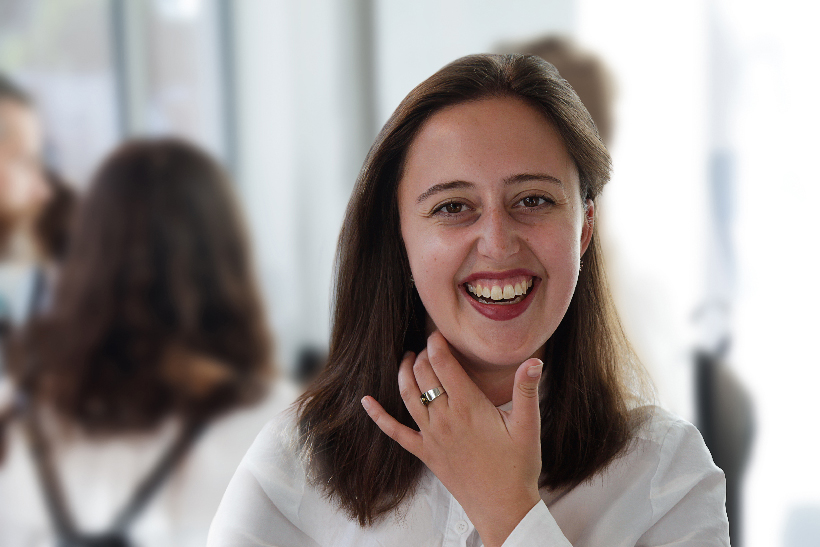 I have just finished mentoring a team of industry hopefuls as part of a scheme aimed at attracting more ethnic minority candidates to the marketing communications industry. Their ideas were astoundingly original, drawing on experiences that I never could have had. Similarly, some of the most talented people I know in the business are women. There’s so much diversity – of people, of opinions, of ideas – at the bottom but that’s gradually homogenised as you move further up the ranks. It’s not enough to just recognise it. We need to actively be doing more. We are supposed to be storytellers: people who capture the world and reframe it in the most effective, compelling manner. But how can we do that if we only occupy one small part of the world? To represent everyone in our advertising, we need to be representative in our industry.

Get women at the top table 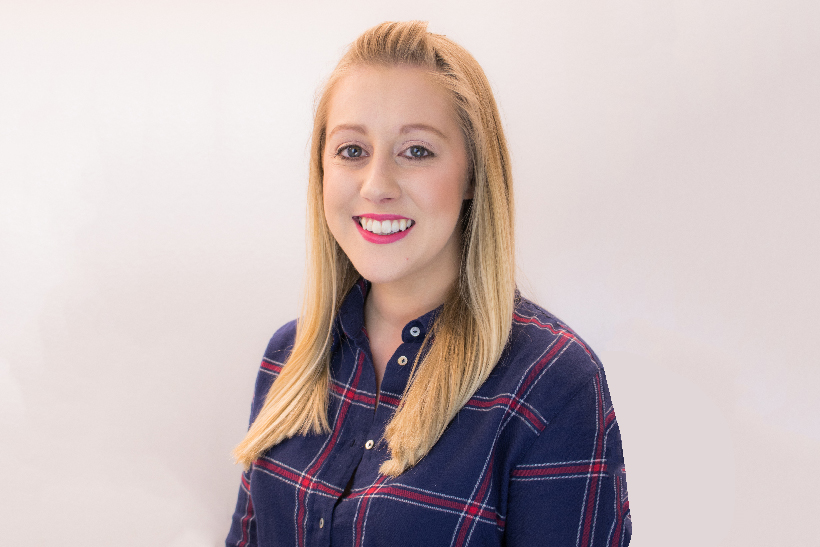 A measly 12% of senior decision makers are women despite counting for 80% of global purchasing. It is vital we educate women that as individuals we bring difference, and that is what ultimately drives a different way of working.

For me, it is about making sure the voices of the talented, driven women around me are amplified to the wider business and industry, so that we may champion their unique attributes and give them a platform for success. On a basic level this means challenging any attitude that perpetuates the ‘male, pale and stale’ status quo.

Change starts at a grass roots level; working closely with women that surround me to understand what initiatives we can develop, in order to magnify abilities and support needs. Whilst business leaders at Havas lead the way, it should be the ears close to the ground and the foghorn voices like mine that articulate what we need.

Bring back a sense of confidence 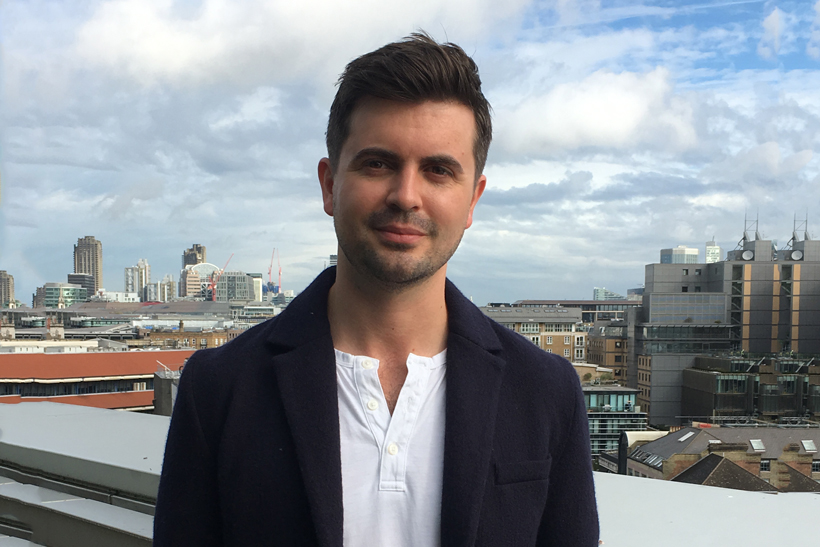 I’d like to bring back a sense of confidence and conviction to the industry. As we’re going through the inevitable shifts caused by the rise of digital and data, the role of advertising and agencies is increasingly being called into question, leading people to question our purpose. The risk is that we continue to respond to this through naval gazing and defining our work through inward facing award shows, rather than committing to fully explore the possibilities that this new world presents us. With new platforms, new technologies and ever more data to play with our outputs may take on ever more unfamiliar forms, but you can’t deny that it’s a truly exciting time to be in advertising. We just need the conviction to make it happen. 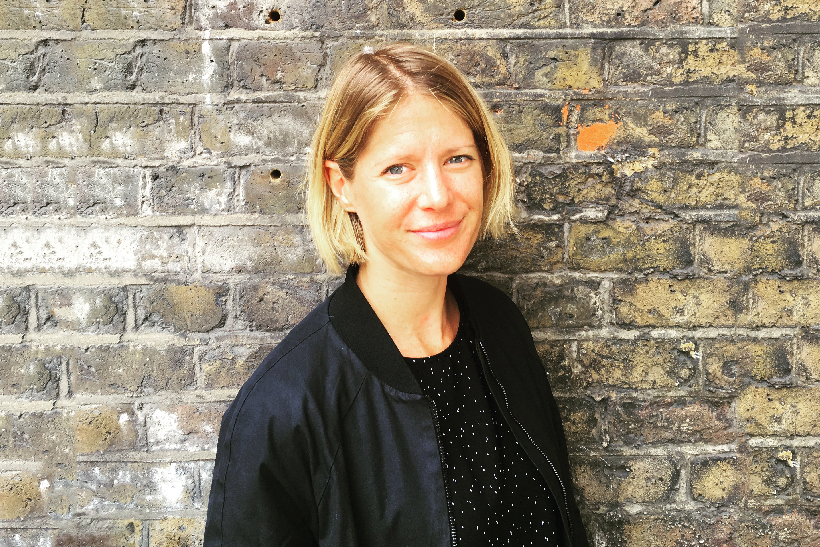 Can we all just ditch the bravado and ego that permeates this industry and makes us all feel like we’re never doing enough? Every year we work harder, worry more, and spend even more on CBT sessions - all in the name of creativity. In the last year, I’ve experienced crippling anxiety and self-doubt in my own ability and seen all too similar symptoms in my peers. All smiling, putting in the hours and pretending we’re fine. Diversity, yes. Equality, yes. How about adding a new dirty ‘I-T-Y’ word to the agenda – integrity. And a little honesty about the fact that there’s no magical talent tree. We all have an equal amount of hero and zero days, no matter what part of the org chart we sit on.

Break the cult of the Christmas campaign 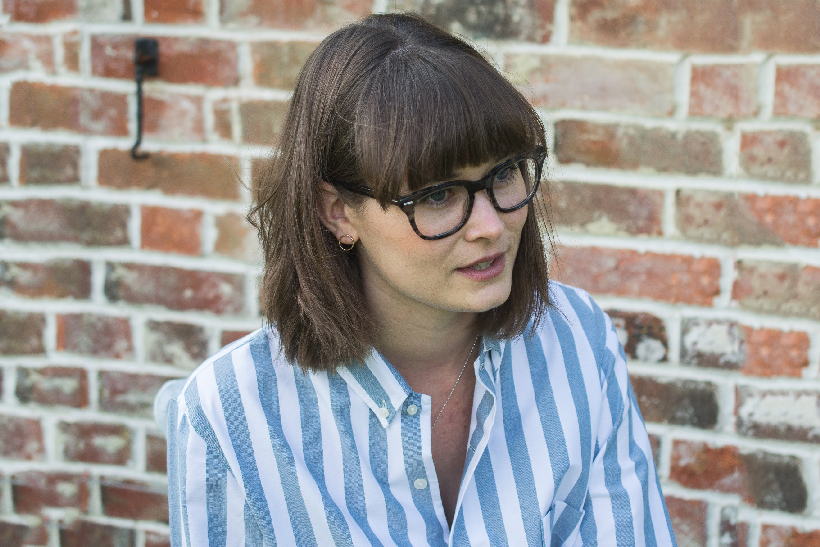 I’d like to change the cult of the Christmas campaign. Brands allocate a huge budget to this single deliverable, and it is one of the few campaigns that regularly makes headlines beyond the industry press. There are so many other innovative campaigns but nothing gets the same kind of coverage as the obsessive documenting of the pros, cons, successes and failures of the Christmas campaigns. I can’t help but feel that this budget could be more meaningfully allocated throughout the year, with brands using this resource to practise their purpose through meaningful and engaging campaigns, rather than create that warm fuzzy feeling once a year. After all, a good ad is for life, not just for Christmas… 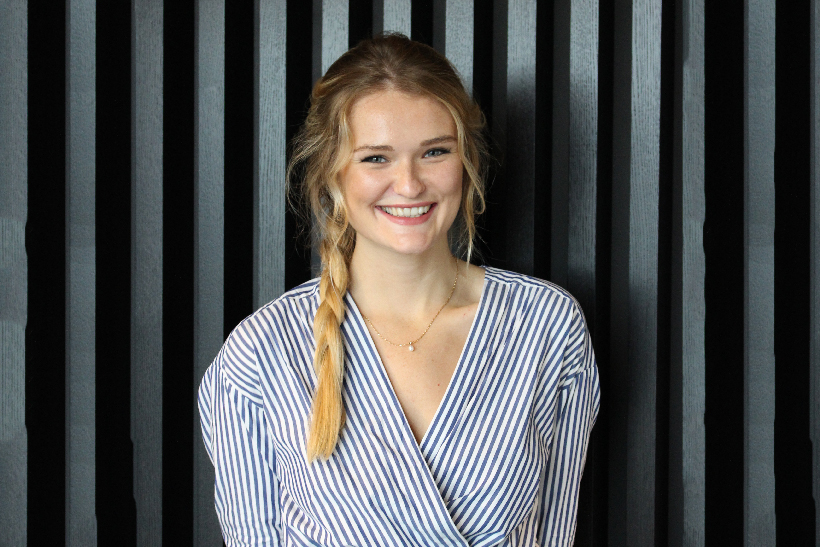 I write this overlooking my amazing office view of the London skyline, which doesn’t make this easy to say, but: burst the London bubble. Particularly in a time when the concept of echo chambers is a real and growing concern, advertising is too London-centric – both behind-the-scenes (the group of people making the adverts) and on-screen (the scenarios, locations and issues we depict). Even disregarding the negative effects on socio-economics, that’s just bad for business. As a proper, Northern country girl, I would love to see advertising branch out from its unhealthy obsession with London. More and more businesses are moving their offices to (or at least opening new offices in) the hustle and bustle of cities like Leeds, Manchester and Newcastle – yet we stick rigidly down here. And I thought we set the trends? 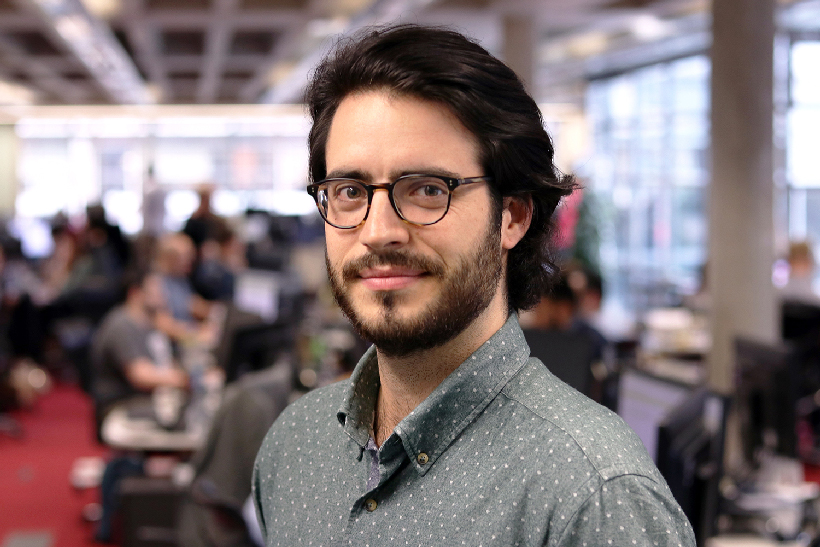 The march towards an ecosystem of full-blown programmatic delivery means that the line between "relevant" and "creepy" advertising is growing closer and closer. I have a hunch that, while this might fly in the relatively privacy-carefree US, over here there might be pushback from understated Brits. This is an issue that GDPR might go some way towards balancing next year, but the closer the direct interface between human and computer (voice at the moment, Brain-Machine-Interfaces possibly in the near-future) -  the more intrusive the ad will feel. Charlie Brooker’s Black Mirror and "Hyper Reality" provide unerring and uncomfortable visions of this sort of potential near future.

Better use of advertising in the real world 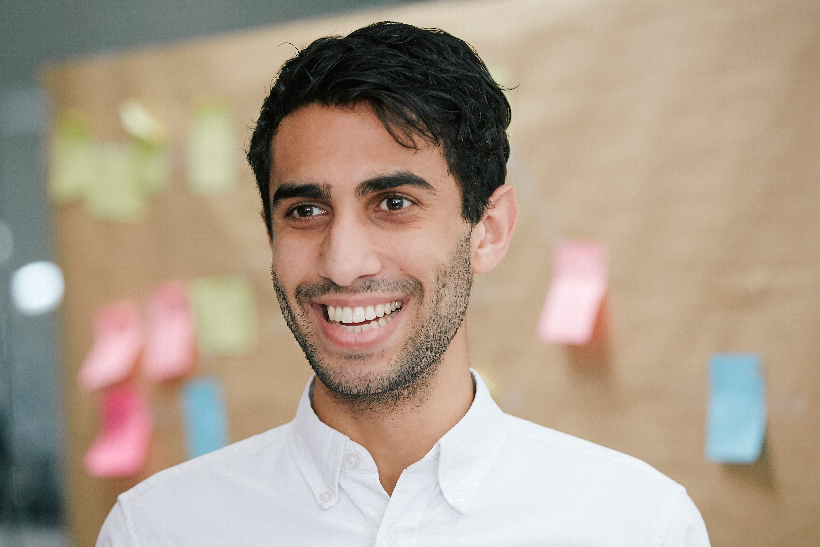 I’d like to see an industry that puts its time, space and creative verve to better use in the real world.

Just as countries apportion income for international aid, let’s ask every media brand to donate a portion of their inventory to charities that champion worthwhile social causes. Some do it already, but an industry standard will set a level playing field so no one gets unfairly penalised

We could debate the number, but I’m stumping for 5%. That’s one in twenty ads with some sort of social agenda. That feels about right. Then let’s ask every agency to donate 5% of its time to come up with brilliant ideas to fill that space.

A social good target would help us all channel our creativity towards worthwhile organisations, which may not otherwise have the voice or the platform they need to effect change. That can't be a bad thing. 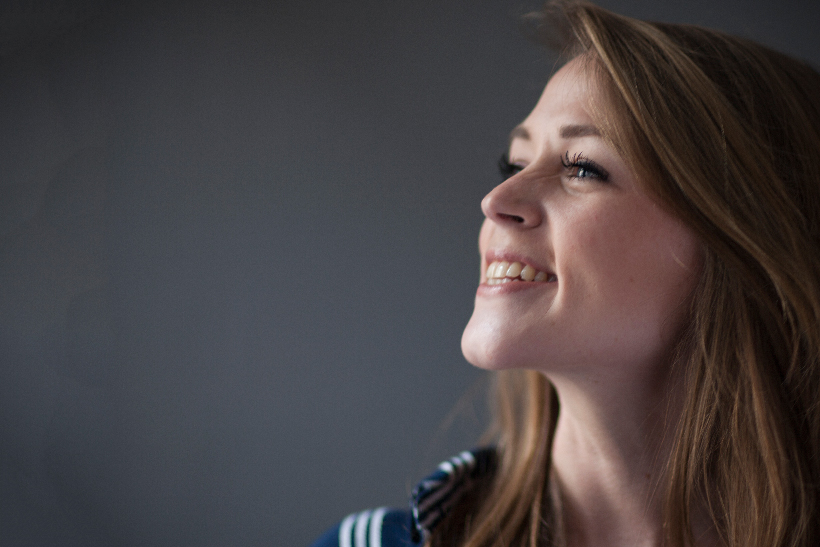 Gen Z are digital natives. They have grown up with mobile phones in their hands. AR, VR, and conversational tech like chatbots will be second nature to them. Oxford University offers degrees in the Internet and more and more schools are teaching code. So, before they’ve even begun to refine their skills and study, Gen Z are lightyears ahead of most agency boardrooms.

The industry needs to be ready for a new breed of creative talent and should look to adapt and create roles that capitalise on new skillsets. Why are we still recruiting ‘traditional’ copywriters and art directors; why not creative technologists, UX designers, creative coders? As well as flexible roles, I believe a key to attracting young talent is flexible working and offering it to help maintain a good work/life balance, which is the most important thing to 75% of millennials in work.

Why your employees hate you

Faces to Watch 2017: Meet the future of the ad industry