The Advertising Association, the DMA, Facebook, Twitter and a host of UK agencies and trade bodies have written to Brexit Secretary David Davis to support keeping the Information Commissioners Office on the EU data regulatory board.

However, a paper from the Department for Exiting the European Union published on 24 August on "The Exchange and Protection of Personal Data" proposes an "adequacy plus" status which will allow the ICO to continue to have a seat on the network, following the UK’s exit from the EU.

"This deal should allow the Information Commissioner’s Office to continue to participate fully in the European Data Protection Board, including allowing the ICO full voting rights, and allow UK consumers access to the one-stop shop mechanism under the General Data Protection Regulation," the letter read.

It continued that the deal would be a "huge gain for the entire UK economy" but in particular for the nation's "world-beating marketing and advertising sector" as it relies on being able to exchange personal data freely across EU borders.

The full list of signatories to the letter are: 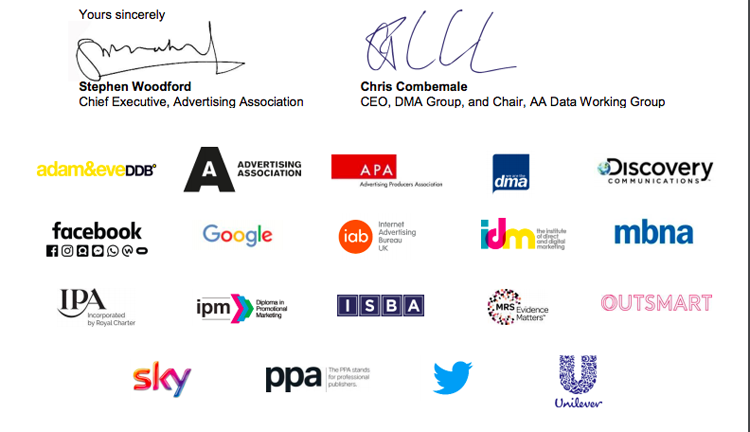 Data: the marketer's best and most powerful friend

Nationwide's CMO: I worry that we are turning a blind eye to hatred and bigotry

Four things the programmatic world needs to wake up to

Nine key themes retail marketers need to know about in 2018

Uber would have been fined €20m for data breach under GDPR