Unruly has analysed the most-shared online ad of February - S7 Airlines and OK Go "upside down and inside out" by Damian Kulash and Trish Sie - to unearth some wisdom for marketers.

Indie pop group OK Go has revolutionised the once-majestic art of the music video and turned the form into a series of viral hits. So it's no surprise that its latest brand collaboration - with Russian's S7 Airlines - has been such a huge success.

"Upside down & inside out", filmed in "zero gravity" inside an S7 airplane, is the biggest online ad of the last month, with 1.2 million shares to date.

But how did it hit such heights? And what does it say about the DNA of a social video hit? Ad Pulse, a new monthly columned compiled by video ad tech company Unruly, analyses why the video was such a big success online.

Recall of the sponsor brand, S7 Airlines, was 29 per cent, which is very low compared to the UK average of 75 per cent, but not bad given that the video was tested in the UK and S7 is a Russian domestic airline.

The visual cues within the video, such as the airline logo at the back of the plane and the air hostesses’ uniforms, were unlikely to be picked up by viewers who were not familiar with the brand.

Therefore, recall was most likely driven by the message at the end thanking S7 for its support.

Relatively few viewers misattributed the video to OK Go, although nearly half said they either couldn’t remember or couldn’t tell what the brand was. 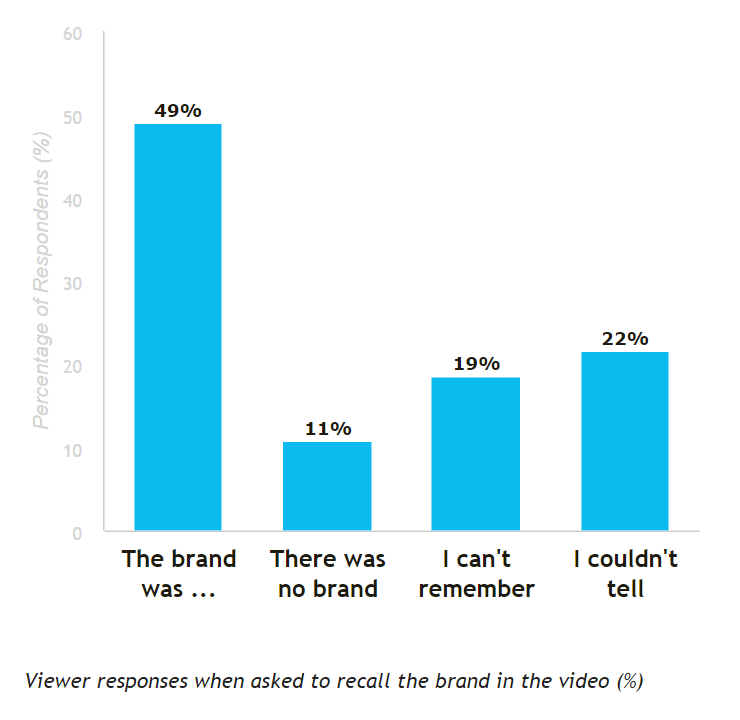 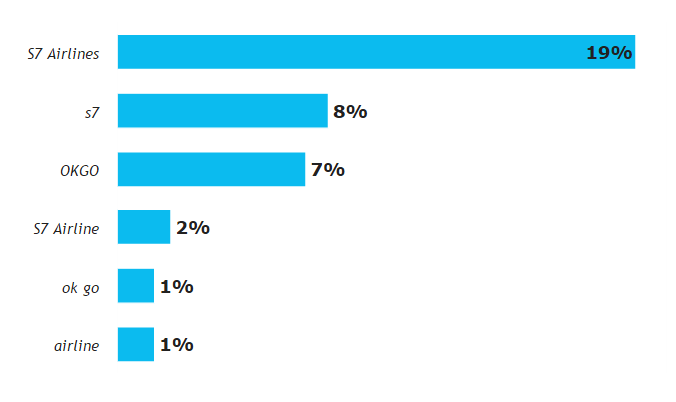 Partnering with OK Go also created a halo effect for the sponsor brand. Almost a third (31 per cent) of viewers said the video made them want to know more, while 23 per cent said that they would consider flying with S7 Airlines.

This effect was especially noticeable among 25- to 34-year-olds, whose purchase intent was 60 per cent higher than the average viewer.

Facebook, email, Twitter and WhatsApp were the top sharing platforms overall, but results were far more varied among 25- to 44-year-olds, some of who said they would share the video on Google+, Pinterest or Tumblr instead. 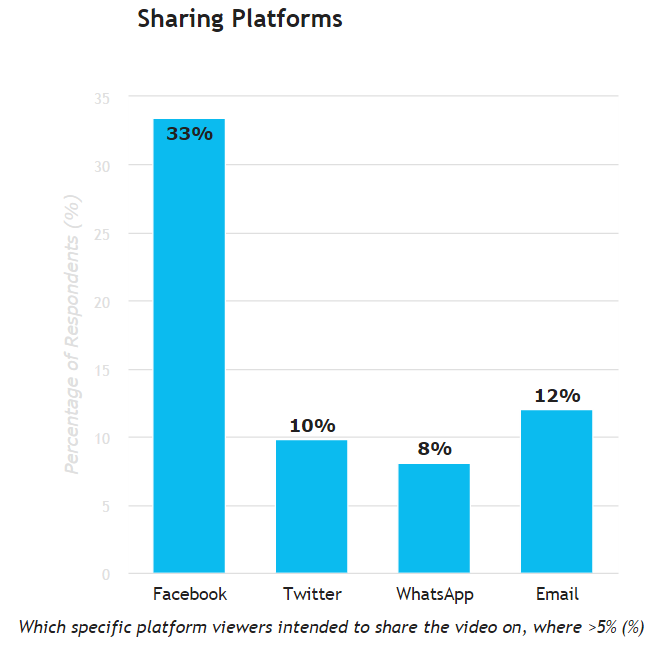 "Upside down & inside out" evoked strong emotional responses among a large number of viewers – a defining characteristic of intrinsically shareable content. However, it wasn’t a purely emotional video.

As you can see from the chart below, surprise (a cognitive response rather than an emotion) was almost as widespread as amazement. In other words, the video made people think, which helped to amplify viewers’ emotions. 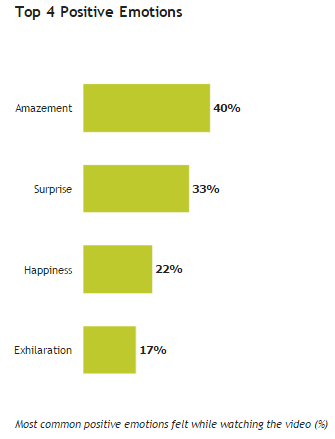 But for many viewers surprise tipped over into confusion, a negative response which dampens shareability. 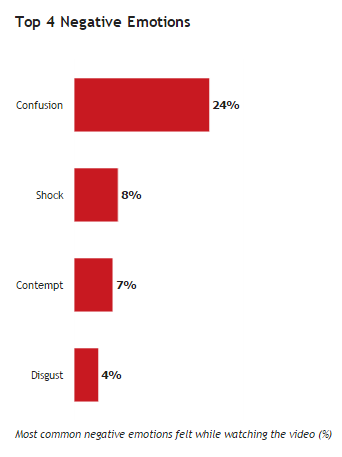 Interestingly, confusion was most prevalent among the younger and older ends of the age range - at 27 per cent among 18- to 24-year-olds and 38 per cent for those aged 55 and over. This may be down to the fact that viewers aged between 25 and 54 may be more familiar with OK Go’s idiosyncratic approach to video-making.

"Upside down & inside out" was seen as a cool and innovative video, and people wanted to be first to tell their friends about it.

This was a particularly persuasive driver of sharing among 25- to 34-year-olds (17 per cent versus average of nine per cent).

The opening text stressing the remarkable nature of the stunt helped to draw out the kudos: coolhunter motivation. 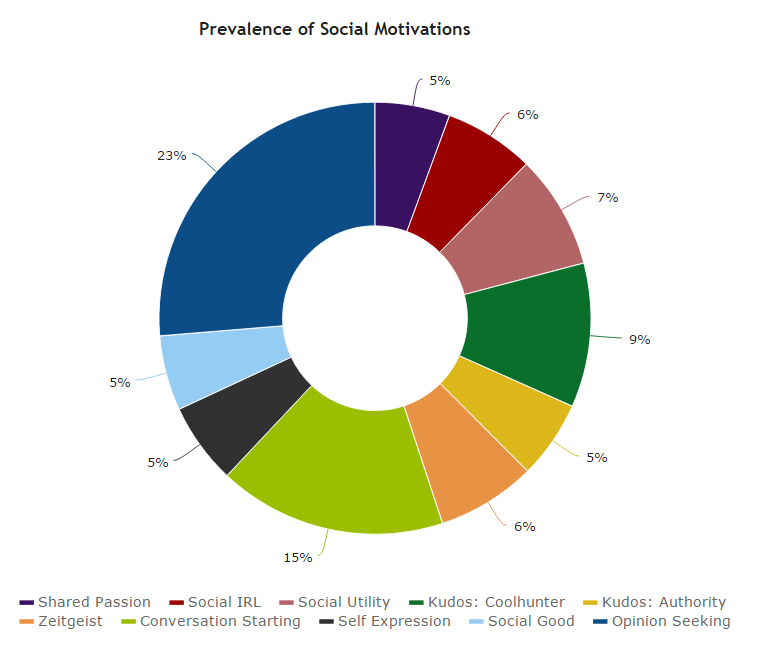