In this election year, three observers of the political scene recall their favourite media moments that swung the vote.

On a relatively normal Sunday afternoon in March 2015, the family Mendoza was eating its way round Spitalfields. Normal ended abruptly when the Conservatives phoned with an idea for a poster that they wanted up and live in a few hours. The challenge was issued. I asked to see the copy as it’s always good to understand what I’m putting out there, and immediately realised this could be a game-changer: a little Ed Miliband poking out of Alex Salmond’s pocket – and the "Labour isn’t working" poster for this generation was born. It needed to be seen, so work started in a hipster-heaven coffee bar just off Brick Lane.

We’re aware that digital has transformed outdoor into the most reactive and tactically flexible of mediums – but who to phone first on a Sunday afternoon? A few calls to disturb the family lunches of top media owners and the poster that reputedly "won the election" was up all over London and a few other cities by 5pm that day, three hours after being briefed.

Every newspaper ran it the following day and Miliband never recovered his poise – effectively skewered by one inspired poster. It was nice to play a minuscule part in something that I believe ended up doing some good, but I suppose that depends on your political perspective.

It was the height of the Philip Gould/Alastair Campbell focus-group mania in the run-up to the 2001 election and we were probably doing six focus groups a day. We kept getting more and more copy to show these groups and then we produced that image of William Hague with Margaret Thatcher’s hair. We found when we put that in front of Tory voters, first they smiled because they thought it was funny and then it made them think: "He’s no Mrs Thatcher." So it was very effective.

We ended up running it twice. The first time, it said: "Be afraid. Be very afraid." Then, right before polling day, it said: "Get out and vote. Or they get in."

Elections are increasingly personality-based and the best thing you can do to your opponent is to laugh at them in a way even their supporters know is true. Years later, I sat next to William Hague at a dinner and, to his credit, he was very charming about it. 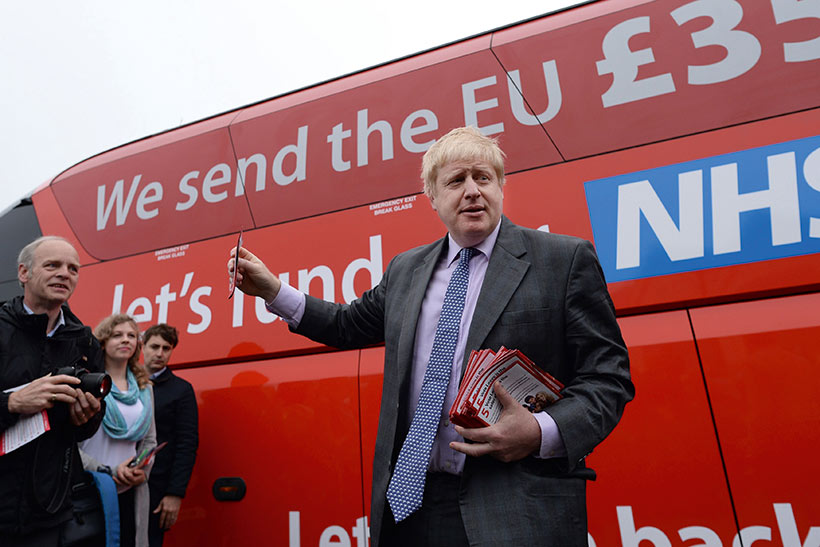 I was in the East Midlands with Boris Johnson in May 2016 and he was on the Vote Leave battle bus with "We send the EU £350 million a week. Let’s fund our NHS instead" emblazoned on the outside in huge letters.

Boris would get out at various spots and he’d give his stump speech, which was being filmed by the local news, in front of the bus. It was clever because they were using the bus like a mobile stage. I don’t think slogans generally work in political advertising but this was very effective by getting new information to voters. You don’t often get a lot of raw campaign data on the side of a bus in an election campaign. People looked at it and thought: "Bloody hell, that’s a lot of money just to give to Europe."

And the more the Remainers complained about that £350m figure, the more the message hit home. It was brilliant.

London media should wake up to the power of the regions