Recording booths will appear in Birmingham, London and Manchester.

Adidas has partnered JD Sports and Kano on a talent search as part of a campaign celebrating the 50th anniversary of the Superstar shoe.

For the "3 bar Superstar" project, actor and musician Kano has removed the vocals from three bars – symbolic of the three-stripe Adidas logo – of his track Pan Fried and is inviting fans to submit their own three bars to fit into the song, giving them the opportunity to become the new voices of today's culture. 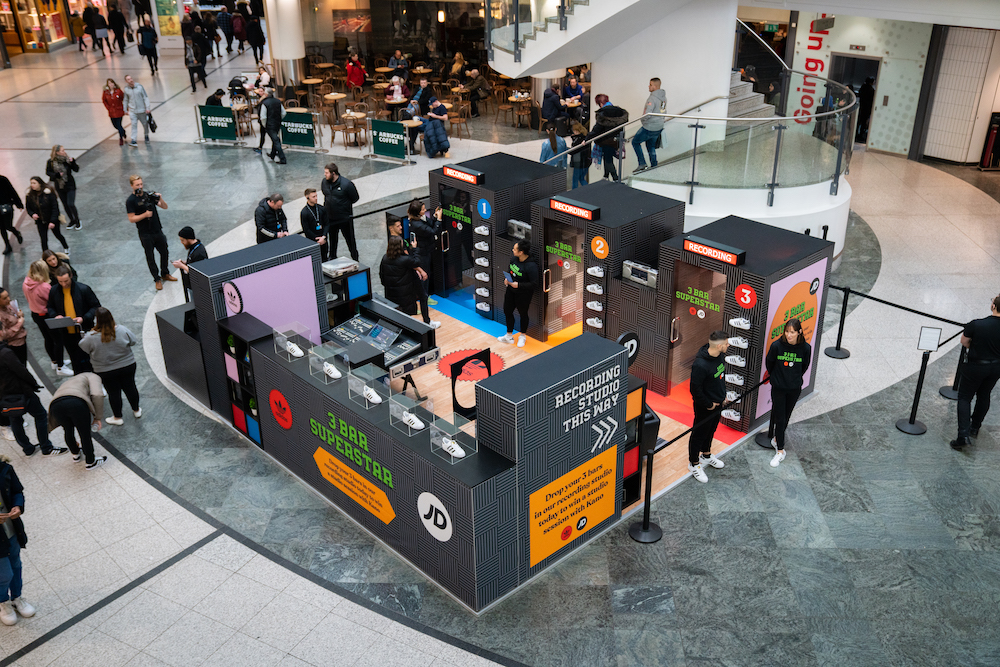 Applicants will be able to record their three bars and broadcast their lyrics through a mobile-enabled website or by visiting a touring recording booth.

Kano’s ambition is to search, celebrate and shine a light on emerging talent, with one entry selected for a recording session and mentorship with the rapper.

Momentum Worldwide is working alongside McCann London to deliver the project.

Adidas throws sneaker fans into the future with immersive stunt