The sporting-goods manufacturer's UK marketing director is bullish about its Olympic sponsorship as it aims to overtake arch-rival Nike.

Adidas' UK marketing director Nick Craggs is in his element. While marketing departments up and down the land have invested hours in figuring out ways to exploit this unprecedented summer of sport, Craggs has 'Jess' and 'Phillips' - that's British heptathlon star Jessica Ennis and triple-jumper Phillips Idowu, to you and me - on speed dial.

The Yorkshireman, a former Lucozade and Ribena marketer, exudes the kind of authority on sport that one would expect from a man in his position. The week of the interview alone, he had one eye on the performance of Adidas brand ambassador Andy Murray at Wimbledon, while hinting at the development of plans in response to the recent omission of David Beckham from Team GB - remarking on his 'disappointment' that 'Becks' was left out.

When asked how the 'tier one' sponsor has coped with the demands of backing the London 2012 Games, time and again Craggs refers to Adidas' 'experience' in relation to major international events. The German manufacturer has been forced to rely heavily on this sporting heritage in what has proved an eventful sponsorship programme.

Take, for instance, the launch of the official Team GB kit in March. The design, by Stella McCartney, was immediately criticised by some observers for the predominance of blue - with lots of headlines claiming the public were 'seeing red' about the apparent imbalance.

Craggs, however, takes a different view. 'All of a sudden, the Team GB kit, which has never been of national concern, had become a talking point, and Adidas has generated that interest. There is red in the kit, by the way, and the last few Team GB kits have been predominantly blue. But because of the attention around the Olympics, when these things come up, (we) can use it to have (our) say back.'

The build-up to the Games has also provided a now-familiar subplot in relation to ambush marketing, with Adidas in the role of gamekeeper attempting to keep the poacher, its arch-rival Nike, at bay.

As with previous FIFA World Cups, of which Adidas is an official sponsor, Nike attempted to steal a march by launching a marketing strategy carefully constructed to provoke what Craggs describes as 'misattribution' of Olympic sponsor association.

The Nike campaign in question, based on the line 'Make it count', was launched in January and appeared to catch Adidas flat-footed, with one survey at the beginning of 2012 placing Nike as the brand most associated with London 2012.

However, Craggs insists Adidas was right to 'hold its nerve' and follow a pre-devised plan to roll out Olympic activity in April. Exclusive research commissioned by Interbrand for Marketing showed that more consumers now associate Adidas with the Games than Nike, so the strategy appears to be reaping rewards (Marketing, 4 July).

Craggs also questions the wisdom of launching a brand campaign at the turn of the year. 'While people come out and do brand campaigns, the reality of driving shareholder value is based on how that converts into sales. January, for instance, was a sales time in the shops. Was that a perfect time to promote your brand, when products are being discounted?' he asks.

Despite dismissing the impact of Nike's campaign, Craggs confirms a tough stance will be taken by Adidas to ensure that guerrilla marketing stays on the right side of the law. 'As a sponsor of London 2012, we've bought into the fact that LOCOG will be ensuring the rights we have acquired will be protected through all media channels. If people do cross the line, we will work closely with LOCOG to make sure that they don't do it again,' he says.

As well as contending with the disruptive efforts of its rivals, Adidas was denied a clean run to the Olympics by one of the brand's other sponsorship properties, Euro 2012. 'There was a deliberate move to avoid the Euro period,' admits Craggs. 'We were still doing a lot of (Olympic) work digitally for the audiences that wanted to hear from us, but in terms of broader media, football remains the most popular sport in this market. To try to cut through with an Olympic message was going to be tough.

'Our belief was "don't fight it", let the Euros go for us - the brand will still be elevated - but then flip it into the Olympics straight after. We know how consumers digest these events, we know when the time is right to get maximum brand impact, but also commercial impact,' he says.

As Craggs suggests, the success of Adidas' Olympic sponsorship - a deal rumoured to have cost about £100m - will be judged on both commercial and brand results. An extended temporary marketing and PR team has been constructed to capitalise on the partnership and provide an uplift in sales, as Adidas pursues its ambition of overthrowing Nike at the top of the £4bn UK sports-goods market. The brand claims that, in the five years since it announced its London 2012 sponsorship, it has closed the gap on Nike from 4% to less than 2% by market share, and hopes the after-glow of the Games will sustain this momentum.

In terms of communications, Craggs must use the Olympics as a springboard for Adidas' recent switch in brand focus. At the start of 2011, the company opted to align its sports performance and sports style ranges - previously represented by triangle and trefoil Adidas logos respectively - under the triangle, to present a single brand 'from the catwalk, to the stadium, to the street', as Craggs puts it. It also set its sights on a younger market, targeting 'the next-generation athlete' who views sport as only one facet of a 'mash-up' of influences, such as music and style.

This youth focus was plain to see in Adidas' first London 2012 marketing campaign. The activity, using the line 'Take the stage', included an eclectic line-up of ambassadors, such as rappers Wretch 32 and Example, comedy character Keith Lemon, as well as 32 London 'kids with ability', who each featured in an outdoor campaign in their home boroughs. Meanwhile, through a series of TV ads, younger consumers were challenged to 'take the stage' themselves by applying to perform at a Wretch 32 concert or play basketball with Chicago Bulls star Derrick Rose.

'The way modern marketing works, it's not just how you inspire but also how you engage and empower consumers. You have to surround the consumer with propositions they can engage with 365 days a year. It's a case of "go on then", with Adidas inviting you to take the stage and show what you are capable of,' explains Craggs.

The sports brand's most recent activity, which rolled out on 1 July, aims to tap into the patriotic fervour, with a call for Great Britain to 'Take the stage'. TV, outdoor and digital ads have centred on the leading faces of Team GB, such as Ennis, Idowu, diver Tom Daley, and gymnast Louis Smith. Asked whether it feels right for a German brand to commission a Canadian ad agency, Sid Lee, to create a stridently pro-British ad, Craggs merely grins and exclaims, 'we're an international brand'.

He also disagrees with those who question the equity of brand ambassadors, when consumers are arguably more likely to have seen Ennis and Idowu, for example, advertising BP, Visa or Lucozade than they are to have witnessed them compete in an athletics event. 'You carve out your own territory. Jess is an athlete, Adidas is a sports brand, the two are just symbiotically related. We are presenting her in a way that nobody else can. There is also the other benefit of sponsoring someone like Jess - whenever she appears in any other sponsors' work in sporting apparel, she has to wear Adidas,' adds Craggs.

Though he agrees that gold-medal performances would help justify the sponsor and media hype of prominent athletes, he denies a poor display would constitute a disaster. 'They are athletes, and they know their athletic performance underpins everything else they do,' says Craggs.

'Adidas uses its intuition to select athletes we know will remain committed to their sport and those, maybe, who will tip the other way. However, when they perform at the Olympics, it's sport, and you win or you lose. That doesn't mean you walk away from an athlete, not at all. The relationship we have with these guys is ongoing, but a gold medal certainly helps.'

Like most London 2012 sponsor marketers, Craggs is crossing his fingers for that glorious gold-medal moment to crown the brand's efforts. Then the critics might just forget about how blue or red the Team GB kit is, too.

THE CAMPAIGN: 'Take the stage' 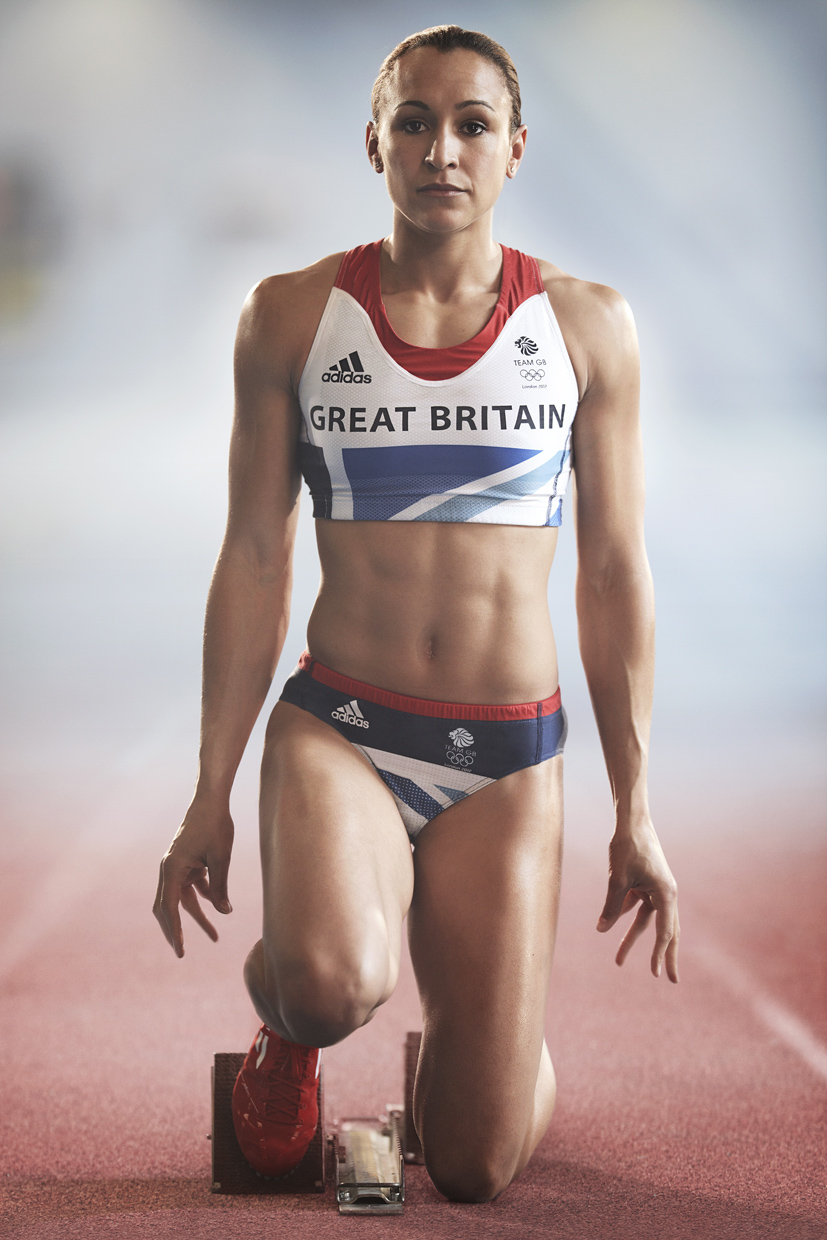 Adidas' 'Take the stage' campaign has been split into two phases. The first, featuring a specially written rap by British hip-hop star Wretch 32, launched in April with a 60-second TV ad, and subsequent 30-second clips featuring brand ambassadors such as David Beckham and Derrick Rose.

It continued efforts to push Adidas as a youth-focused brand, with a mixture of fashion, music and sports messages culminating in a party scene populated with Adidas ambassadors.

The second phase focused on Adidas' Olympic athletes and kicked off with another 60-second TV ad, first broadcast after the Euro 2012 final between Spain and Italy on ITV. The campaign, by Sid Lee, aims to tap into patriotism with the line 'Great Britain take the stage'.

A further four 30-second clips rolled out this week focusing on athletes, such as Jessica Ennis, Phillips Idowu, Louis Smith and Tom Daley. The TV ads have been supported by outdoor, digital and PR activity, including 'photobooth' shots of the athletes trying on their Team GB kit. One even featured Prime Minister David Cameron in an awkward pose with British Olympians. 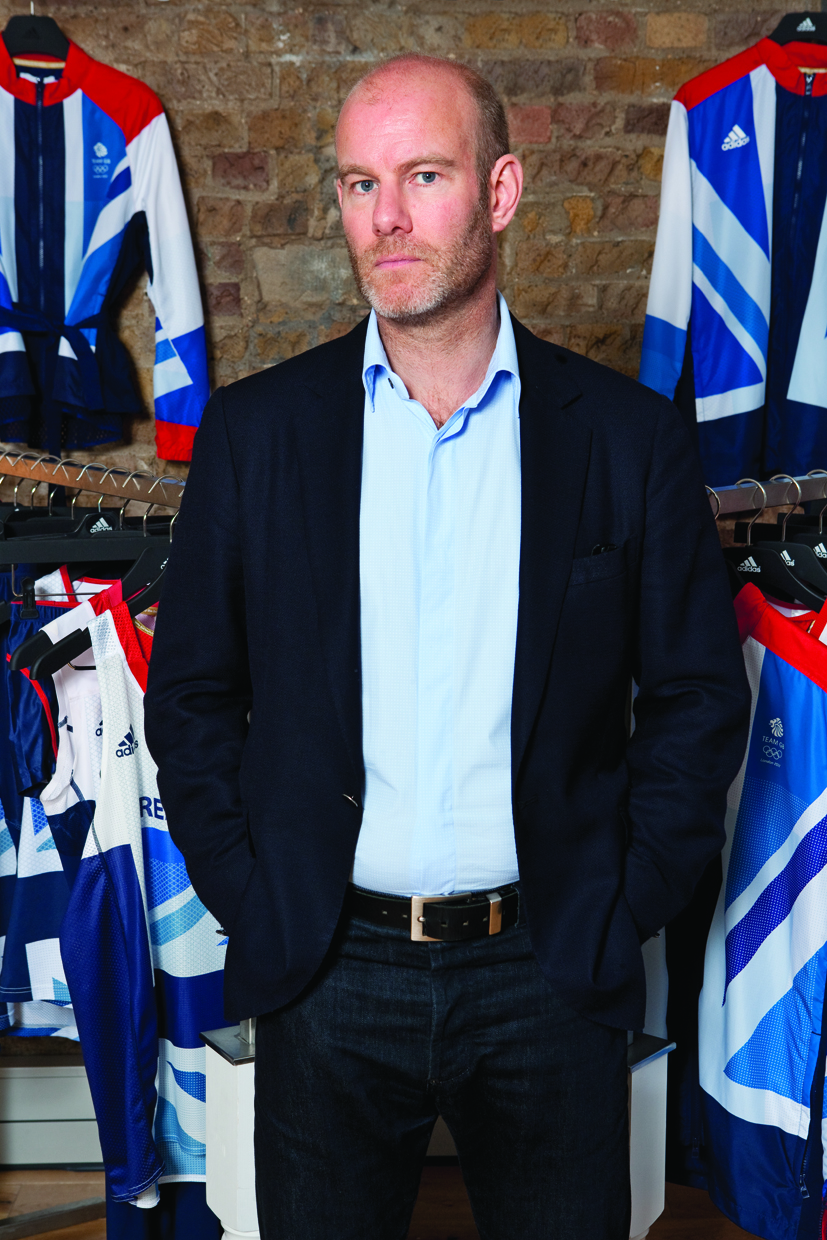 Hobbies: 'I have a bit of a burgeoning interest in photography, as well as a passion for all sports.'

Most anticipated Olympic event: 'Weightlifting. It's the atmospheric build-up, the three-minute period when the weightlifter comes on stage and how he psyches himself and the hype builds to that one moment. It's phenomenal.'

Tip for Olympic star: 'Watch out for Laura Trott in the cycling. She could surprise a few people.'

Favourite Olympic moment: 'I was in Beijing when Usain Bolt ran that 100m time, but my most vivid memory is still Daley Thompson winning in 1984.'

Favourite Olympian: 'You can't get away from Sir Steve Redgrave's achievement. Also Denise Lewis, that was one of the most emotional moments in 2000.'

London 2012 and the future of sports sponsorship

The influencers: Wayra UK's Ashley Stockwell on why entrepreneurialism matters

The marketing Olympics: which sponsors are leading the race to London 2012

Non-sponsor Nike is brand most associated with Olympics