The great and the good of advertising gathered last month in Dean Street, the iconic adland location, for a photo shoot showcasing famous addresses to celebrate Campaign's 50th anniversary.

Anyone wandering down Dean Street on the morning of Wednesday 5 September will have noticed that something unusual was going on. Aside from the traffic marshals and a camera crew with specialist lighting rigs cluttering the pavements, a host of adland’s great had positioned themselves on the streets outside the Groucho. Of course, people spilling out of the club is not an unusual sight in the witching hours. But first thing in the morning?

This particular shot involved a lot of movement – Rupert Howell purposefully striding across Dean Street; Trevor Robinson stepping with a can of Tango in his hand to hail a cab; Ben Fennell gallantly holding Annette King’s bags; Moray MacLennan stepping out of the Groucho. It’s fair to say that when ‘action’ was called, not everyone managed to think and move at the same time so there were a number of takes.

For older readers, it was particularly gratifying to see John Perriss, the force behind the creation of Zenith Media and its former worldwide chief executive, make the trip down from Warwickshire to be in the shot, so early in the morning. 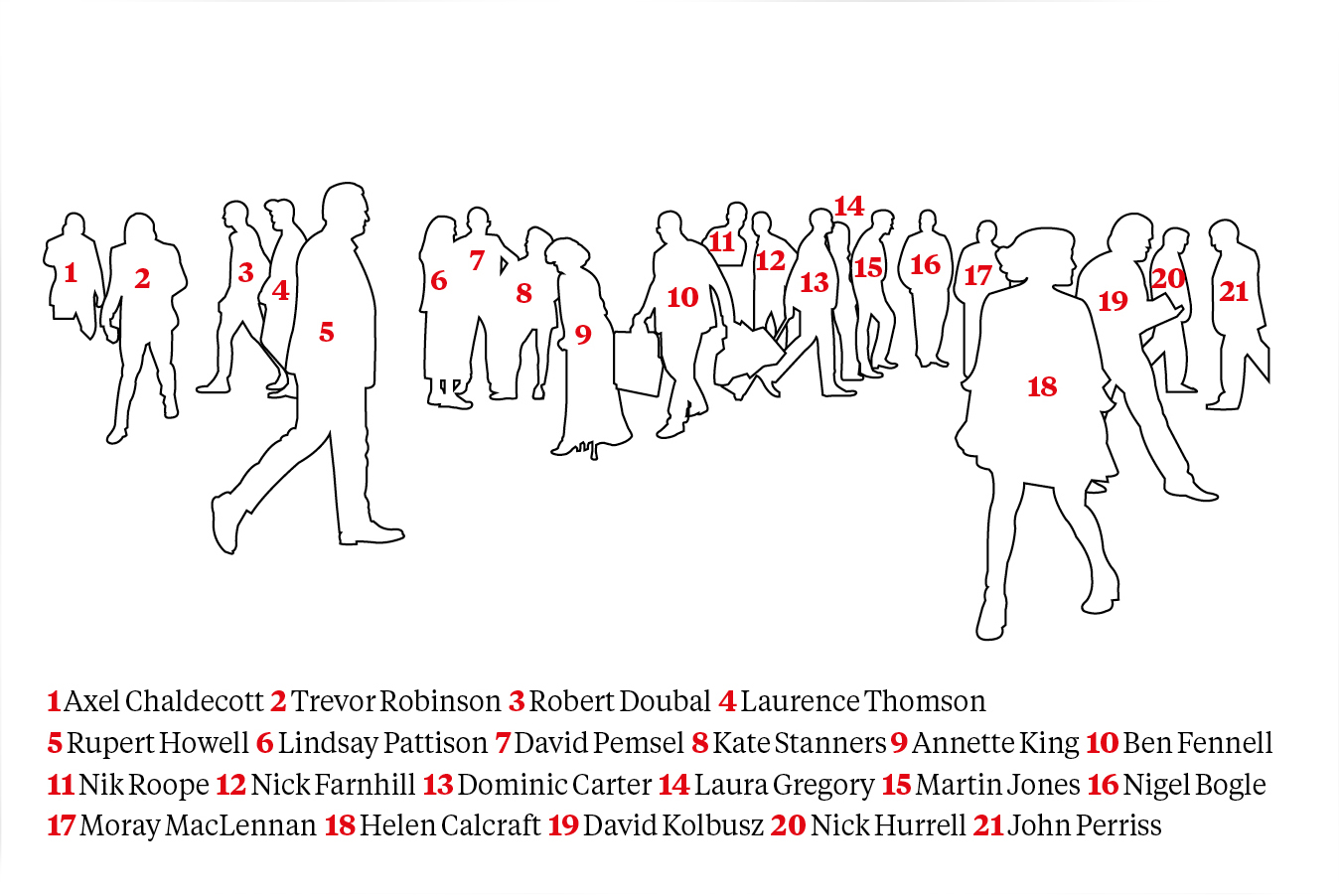 Over the road outside Sir John Hegarty’s Garage Soho, the scene was equally busy. Philippa Brown is popping in, perhaps to see Kevin, with Colin Gottlieb not far behind her. Robin Wight in his distinctive bespoke purple ensemble gamely agreed to be snapped walking past the ‘Girls, Girls, Girls’ sign – purely coincidental, of course.

Robert Senior, formerly of this parish, had to do multiple takes cycling up the road, which appeared to be beginning to strain his patience (as well as that of those cabbies and lorry drivers attempting to make deliveries into the street). One especially nice touch from this shot is that Anna Carpen’s actual selfie, which includes Cilla Snowball, Jenny Biggam and David Patton, can be found somewhere in the issue of the magazine. 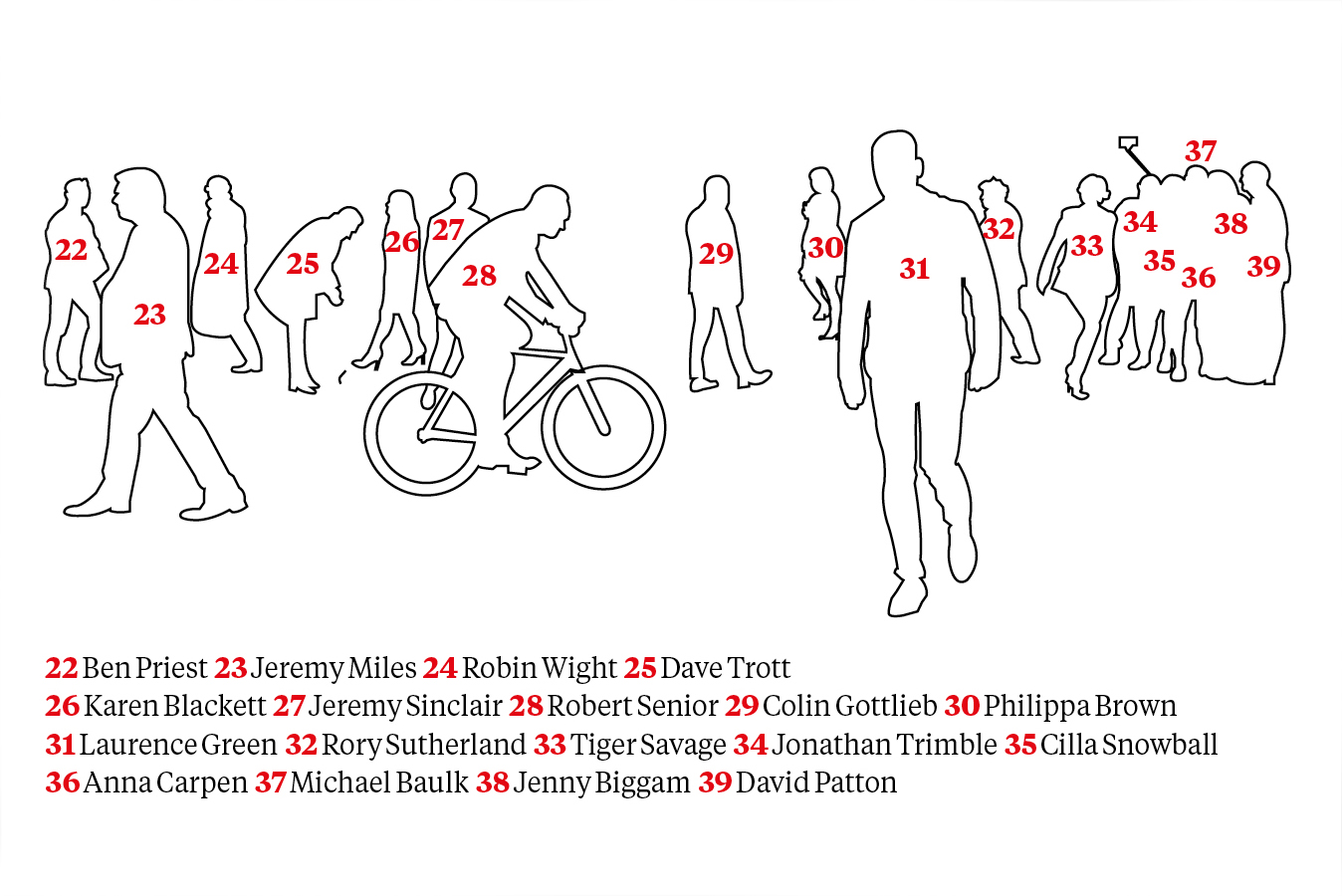 Moving further up the road, a crowd gathers for a performance at the theatre. While Paul Weiland is at the front of the queue, some people have already managed to make it inside and are enjoying a drink on the balcony.

The theatre performance is not revealed but it must be pretty special if the crowd would rather see this than the buskers who are gathered outside – the founders of four of the best agencies that the UK has produced: Peter Mead, Martin Boase, Michael Wall and Chris Ingram. The least that Magnus Djaba can do is leave some money on behalf of the entire industry, given the legacy that they have given us.

It was at this point – later in the day of the shoot – that pedestrians who had been stopped by the traffic marshals began asking questions. "What’s going on? Are you shooting anyone famous?" was the most common question. To which the answer was "well, yes". 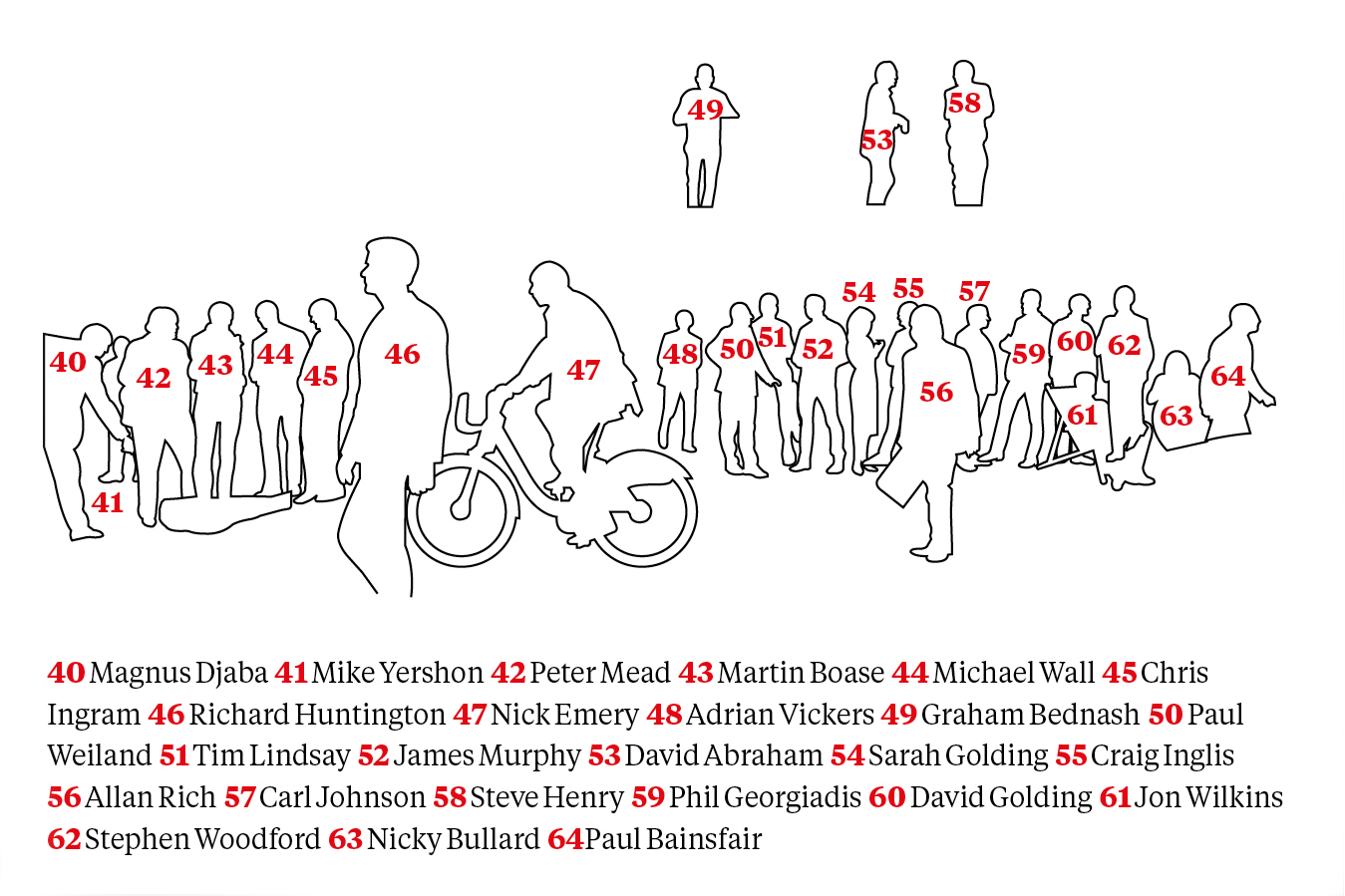 The criteria for membership of Blacks is "that you are extraordinarily interesting and interested". An appropriate, place, then for the final shot on Dean Street – but also the most technically challenging given the number of people that were required in the shot. Blacks is a dog-friendly club so Mike Cooper gingerly handles a well-behaved miniature schnauzer, which only minutes earlier had been barking at a rival hound on the opposite side of the street.

The picture might have been taken outside Blacks, but blue seems to be the colour of choice for adland this year – Adrian Coleman and Charles Vallance sportingly don hi-viz jackets but quite naturally fall into the pose adopted by workmen the world over – the filming conducted by Jonathan Durden, Tess Alps and Rick Brim proving to be a more interesting distraction. 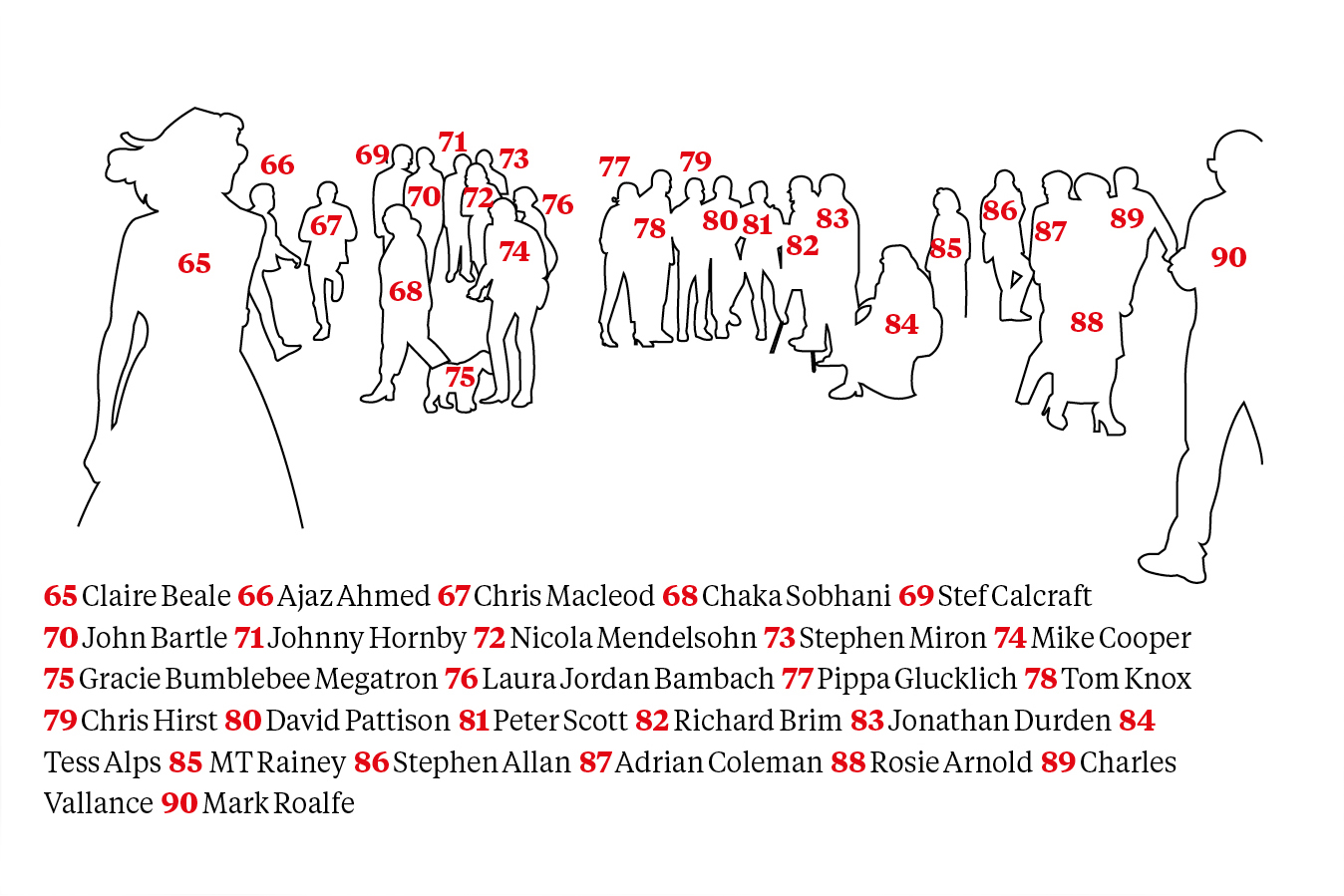 In total more than 70 of the most talented, most interesting, most creative and biggest names from advertising’s past, present and future took part in this shoot. Name them, learn from them, cherish them.

Is it wrong enough to be right?

Showcase of the first advertisers to grace Campaign (part 2)