Creative agencies have the most downbeat read on the coming months.

Adlanders are not getting excited too quickly about the UK ad market bouncing back in the first half of 2021, a Campaign website poll has found.

Of more than 500 logged-in users who responded to the poll, a quarter expect he market to stay flat, with no growth over the next six months – the most common answer from respondents.

Around one in eight (12%) are bracing for a further decline over the next six months, after the country went back into lockdown at the start of January.

One in five expect limited growth of about 5% in the first half.

That means a majority (57%) expect little or no growth, despite the comparisons with Q2 2020, when there were steep declines. 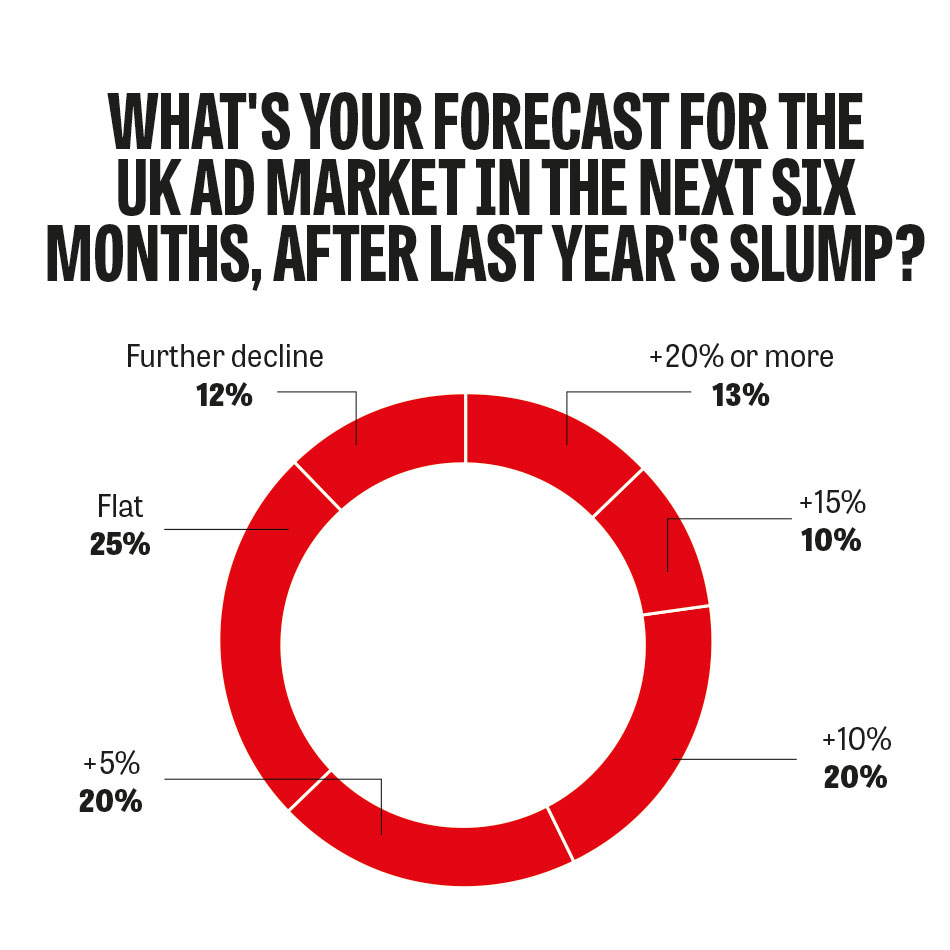 However, a significant minority of respondents were more upbeat; 43% are looking forward to an increase of at least 10%.

A fifth expect growth of about 10%.

Levels of optimism vary between different sections of Campaign’s readership.

The most negative segment of respondents was those at creative agencies, 45% of whom expect no growth (a flat or declining market) in the next six months, while one in five predict growth of at least 15%.

Media agency staff, in contrast, are more upbeat: only 28% expect to see no growth, with just 4% anticipating further decline.

Instead, they overwhelmingly expect middling growth, with just over half (54%) choosing either 5% or 10%.

Media owners are the most likely to hold out hope for a swift bounceback, with almost a fifth (19%) expecting growth of 20% or more, while a third expect no growth.

Among brand marketers, 29% anticipate no growth over the next six months, while 27% foresee growth of at least 15%.

The Advertising Association/Warc Expenditure Report and the Dentsu Ad Spend Report, both published last week, predicted UK ad market growth in 2021 of 15.5% and 10.4% respectively – in both cases, enough to cancel out the decline of 2020.

Both reports show the UK outperforming other major European countries.

UK's 2020 ad slump not as bad as rest of Europe, AA/Warc study finds