With the pandemic all but destroying touring revenues, more artists seem to be lending their work to advertising, but there is a fine balance to be struck

In 2005, Oasis was riding high and pouring scorn on any artists the band deemed “sell-outs”. Upon hearing the news that The White Stripes frontman Jack White had written a song used in a Coca-Cola ad, Noel Gallagher scoffed in NME: “Jack White has just done a song for Coca-Cola. End of. He ceases to be in the club. And he looks like Zorro on doughnuts. He’s supposed to be the poster boy for the alternative way of thinking… I’m not having that, that’s fucking wrong. Particularly Coca-Cola, it’s like doing a fucking gig for McDonald’s.”

Fast-forward to June this year and Oasis’ 1997 track Stand by Me was heard on its second outing in a Halifax ad as the UK awaited a final decision from prime minister Boris Johnson on the possible end of lockdown restrictions.

It is possible that “club” spokesman Gallagher may be ruing his earlier statement. But Halifax wasn’t the first thawing of his principles. In 2015 Oasis acquiesced to arguably the biggest advertising property in the UK when the band allowed Norwegian singer Aurora to cover Half the World Away for that year’s John Lewis Christmas ad.

At the time, a somewhat contrite Gallagher admitted: “It will forever be synonymous with Christmas from now on and, as is well known, it’s not my favourite time of year.

“At least it comes with a cheque, which, believe me, is highly worthwhile.”

Ian Heartfield, founder of New Commercial Arts, which created the recent Halifax ad, describes Stand by Me as a “proper feel-good tune by a massive rock and roll band”. In the June spot and its February precursor, the song is set to vignettes of different people having special – and ordinary – moments.

“It wasn’t the biggest Oasis hit but it was up there,” Heartfield says. “The swaggering tempo of the track is spot-on for the pace of the camera’s journey, but more importantly it’s the memory trigger that’s been fired in most people; it takes them back to however young they were when they first heard it.”

As touring revenues have evaporated due to the pandemic, it seems that more and more artists have taken this route. Gallagher may be an old hand by now – a trailer for Wimbledon and a Renault Clio ad both carried Oasis songs in 2019 – but consider, for example, Coldplay. The Chris Martin-fronted indie outfit licensed a song for use in a BMW ad in June for the first time in the band’s 15-year career. Anne-Marie also collaborated with Rudimental for an O2 campaign, created by VCCP and released in May.

David Courtier-Dutton, chief executive of SoundOut, a body that helps record companies and radio groups test the appeal of new songs, argues that there must be a good fit between song and brand.

“The lure of a famous artist or a big song is like catnip to marketing professionals,” he says. “But the issue is that unless you get a close sort of alignment in terms of personality or archetypes between the three things – the brand, the song itself and the art – then you can end up doing more bad than good, and it ends up being a balancing project.

“Using songs that people like can work brilliantly because songs essentially are buckets of emotion. They have the ability to actually trigger deep-seated emotions. When we hear a song we haven’t heard for 20, 30 years it lights up your emotional brain. If you can achieve that – and the emotions you light up are aligned with the brand itself – you can actually deliver huge value.

“But if the brand chooses the wrong music artist, you end up with a sort of corporate version of dad dancing. It just doesn’t fit and it feels wrong.”

In the case of Oasis, Lucy Barrett, client director at Radiocentre, the industry body for commercial radio, says: “It was all about Halifax positioning itself as a very supportive and reliable bank during the pandemic. It was saying: ‘We’re here whenever you need us, even if you can’t see us; we’ve got Zoom, we’re doing what we can for you.’ It set itself up as being a supportive bank that will ‘stand by you’.”

As part of a 2011 study into how radio boosts consumer happiness and enhances receptiveness to brand advertising, Radiocentre enlisted six participants to take part in a neuroscience trial.

During the trial, their brains underwent EEG scans to study levels of engagement when listening to different elements of radio output. The findings were that the positive mood created by radio editorial (and music) extended to the ad break, generating higher levels of positive engagement with radio advertising.

Thus throwing in one of Courtier-Dutton’s “buckets of emotion”, is a surefire way of lighting up hemispheric gamma activity like the proverbial Christmas tree.

Tim Miles, vice-president of synchronisation at Warner Music UK, says that as well as touring revenue streams being lost, artists are also not receiving the levels of exposure they would under non-pandemic-related circumstances.

“There haven’t been the opportunities for artists to be seen and heard in the same way,” Miles points out. “So, during the pandemic, we focused a lot on advertising and we’ve had lots of success.

“We’ve had a handful of artists who have gone into the studio and done bespoke recordings specifically for campaigns. We’ve had several songs that we’ve released off the back of campaigns and had successful single releases that have gone on to be successful
on streaming.”

From Miles’ point of view, the restriction on touring has meant that artists have become more receptive to trying new things that wouldn’t ordinarily fit their profiles.

“I feel like the perception of working with brands changed a long time before the pandemic,” he says. “But it’s just that the access is there; artists have the time and are open to doing that kind of work.”

Paradoxically, the pandemic has made collaboration between record labels and ad shops easier. Miles says that, previously, the biggest challenge was communicating with agencies while trying to collaborate on campaigns.

“You get a paragraph of words that describe what they’re looking for and then it goes through this interpretation filter – probably about five people – then it makes its way to us and we send a load of tracks back,” he adds. “And we’ve lost it along the way.

“What’s happening now is there’s this conversation we can have with agencies and brands and they say: ‘Well, this isn’t quite right’. [We can say] ‘Maybe we can make some changes for you.’ And that’s a new thing. If artists were on the road and touring, that wouldn’t be the case.”

In the case of Coldplay, its collaboration with BMW has resulted in the band resuming touring. The single Higher Power was used to promote the launch of the all-electric models the BMW iX and BMW i4 with an ad created in-house by BMW.

The deal came two years after Coldplay put its plans to tour the album Everyday Life on hold until it could do so sustainably.

In a statement following the BMW deal, the band said the technology BMW uses for its electric cars “can power our live performances almost entirely from renewable energy”.

BMW bosses added: “In the initial discussions we quickly realised Coldplay and BMW share many common goals that go far beyond marketing.” Coldplay had previously performed at the exhibition space BMW Welt in Munich in 2014.

Had Coldplay been busy touring and releasing new music, it perhaps could not have taken such an active interest or even participated in the ad, Miles says. He continues: “It was an ad for electric vehicles, it had a message of sustainability and electrification and it was something that they very much believed in but [if it had] come at a time when they were releasing new music [the collaboration might not have happened].”

Another example is to be found in Birdy’s recording of a special acoustic version of People Help the People in December 2020 for NHS Charities (and a film created by Iris).

In an example of an advertising collaboration actually launching a new artist, Griff, an up-and-coming singer signed to Warner Records, who couldn’t go on tour, instead went into the studio and recorded a single – Love is a Compass – for Disney’s Christmas ad campaign, which was created in-house.

“It was Disney’s biggest campaign to date,” Miles says. “[Griff] went on to feature on various playlists, made the ITV News and she was discovered by a whole new bunch of people, went into the charts and then won a Rising Star Brit Award.”

If the relationship between artists and advertising is changing, it is not solely due to the pandemic.

“The streaming platforms have been making life miserable for musicians for years, with pennies being paid for plays, and, even then, only to the bigger artists,” Heartfield says. “Losing the ability to make some proper money from touring has just become the icing on a particularly grim cake.

“I’m sure most are still uncomfortable with using their art to sell things, but when needs must, principles often have to be quietly pushed to one side. The mortgage still needs paying.”

Besides, while some artists see it as “selling out”, for others it can be a wise early career move that gets their music to the masses and propels them further than they might have otherwise gone.

“Music is one of the most powerful tools at the advertiser’s disposal. Nothing fires the emotional synapses like a track from our recent or distant past. If a brand can make someone in their 40s subconsciously feel like they’re 21 again, or take them back to that beach bar in Majorca when they danced on a table, then without doubt that good feeling rubs off on the brand that’s advertising,” Heartfield says.

“And when it does, when you hit play and you see your picture lifted to an entirely new level, there is genuinely no better feeling in advertising.”

In April home-delivery service Milk & More launched its first TV ad in more than a decade, created by Bray Leino. It featured a whimsical rendition of Police classic Message in a Bottle by would-be customers in a bid to encourage the shunning of plastic packaging.

Barclays goes mad for it 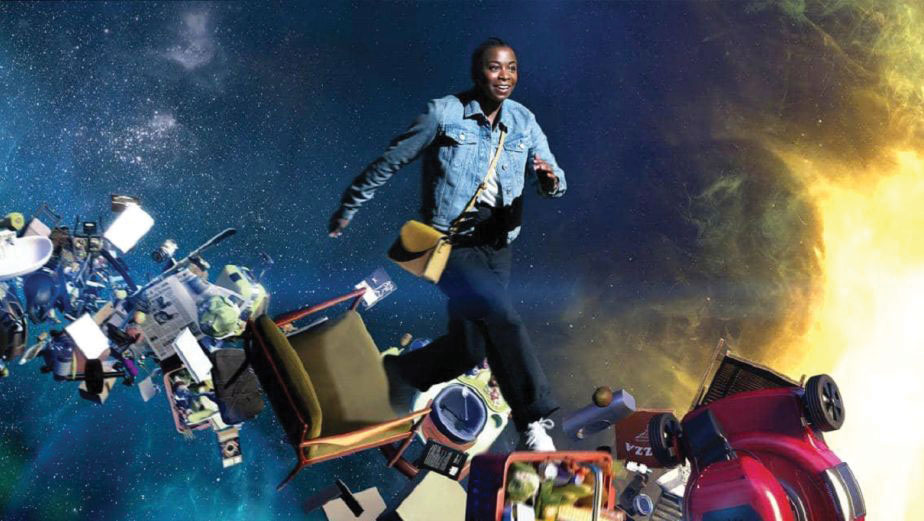 In May the Happy Mondays version of Step On was used in a Bartle Bogle Hegarty London ad for Barclays’ Moneyverse service, which offers help with financial goals. Mondays’ singer Shaun Ryder has previously complained about receiving no royalties for the song, a cover of He’s Gonna Step on You Again, a 1971 hit by John Kongos, whom he has called a “tight git”.

Virgin used a cover version of German singer Nena’s 1980s, UK number one 99 Red Balloons for the launch of rewards club, Virgin Red. The ad, by Glow London and Truant London, diverted attention away from Nena’s recent escapades – in July she urged the crowd at a performance to disregard social distancing.

Barbra Streisand doesn’t have an obvious link to budget homewares. But maybe John Lewis (and Adam & Eve/DDB) were inspired by the row of shops housing her antique clothes collection in the basement of her home – as detailed in a 2010 Harpers Bazaar article – when choosing The Minute Waltz to soundtrack this Anyday ad.