The Advertiser Perceptions Trust Report shows advertisers are careful about where their media dollars are headed.

In the report, which surveyed 250 advertisers in the U.S., concerns over brand safety and trustworthiness of digital content environments topped worries over data misuse. For example, 40% of advertisers cited ad and bot fraud as the second-largest concern among advertisers this year, compared to fifth in 2020. Meanwhile, data security dropped from first to fourth. 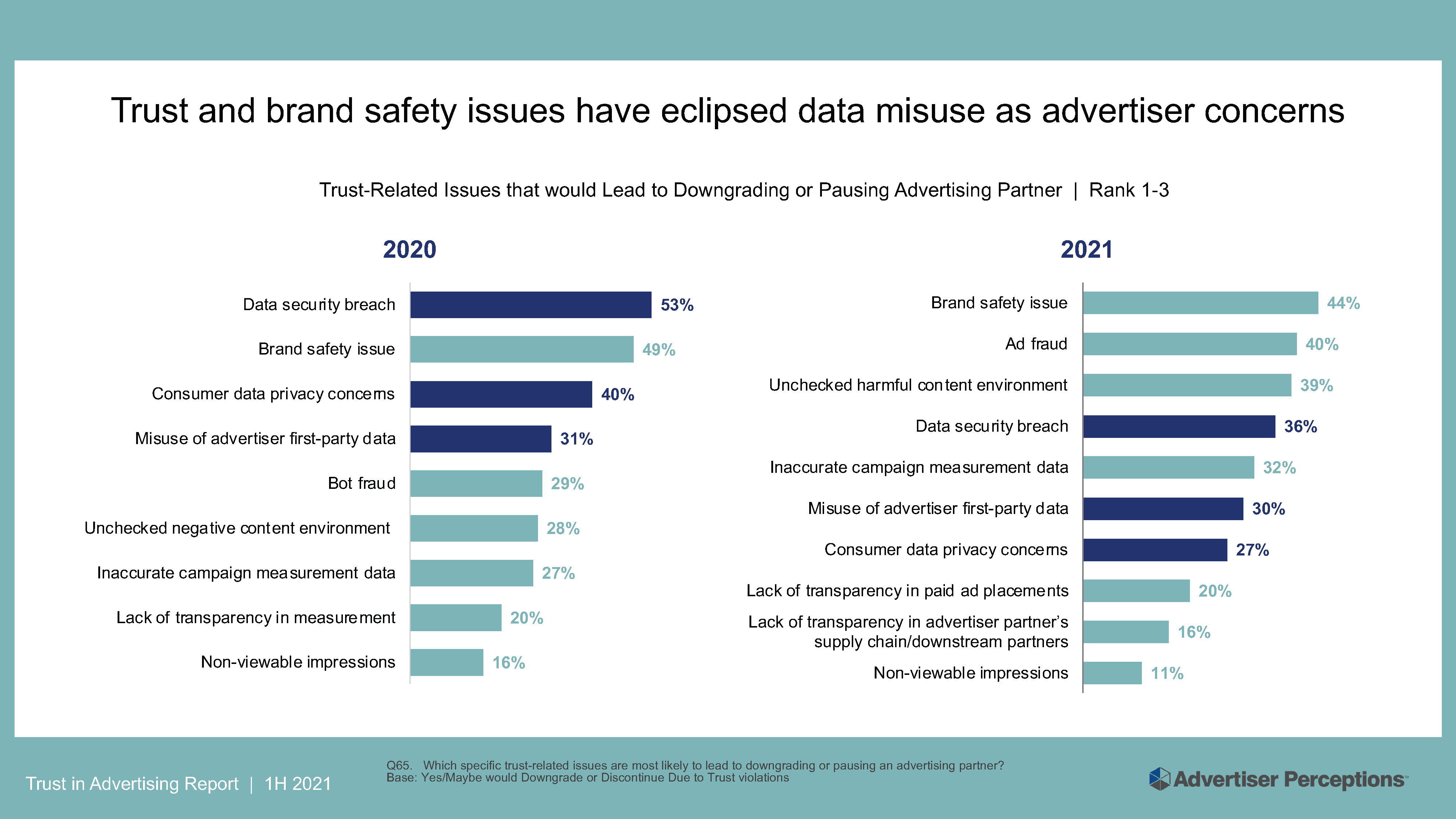 According to the report, 82% of advertisers now apply corporate responsibility and brand values to media spending decisions, with 54% committed to defunding disinformation by changing how and where they spend media budgets.

“[Advertisers] are transitioning from loose contextual parameters such as keyword block lists and [they recognize] that approach has some inherent flaws,” she said. “Advertisers are moving into an inclusion approach, especially at the front end of campaign planning, to make sure legitimate news sources get the necessary advertising support to be viable.”

Instead, 59% of advertisers responded they will downgrade a media partner based on trust factors, and 40% have already done so this year.

For platforms, this indicates a greater responsibility to “clean up” its digital ecosystems, Bolton said.

“There's pressure from the industry on the [media] buyer side to have third party oversight or verification,” she said. “Advertisers are expecting the platforms to make more efforts to clean up digital environments. It's not a blip on the radar. That pressure has been mounting for several years and has finally reached an inflection point.”