The agency wins this accolade for the second year in a row through work of a phenomenal standard and triumphing in some hotly contested big pitches.

Over the past three years, Adam & Eve/DDB has cemented its position as one of the pre-eminent UK agencies. It was the standout winner of this accolade last year. And, as much as Campaign thinks very hard before awarding an agency this prize for the second year in a row, it had to go to James Murphy and the gang after another phenomenal year.

After winning ten out of 11 pitches in 2014, Adam & Eve/DDB managed to do it all over again in 2015. In April, it fought off CHI & Partners in the final stage of the £16 million Aviva pitch. In May, it broke the hearts of Lucky Generals by defying the supposed inter-Partnership rivalry to bring Waitrose into the agency fold alongside John Lewis.

Of course, the Adam & Eve/DDB management team do not take any pleasure in wounding former colleagues, but stealing the £55 million Lloyds Bank business from Rainey Kelly Campbell Roalfe/Y&R was a very sweet coup. Other wins included H&M, which led to the funny six-minute film featuring David Beckham and Kevin Hart, and briefs from Time Out and The Football Association.

Richard Brim was promoted to executive creative director – alongside Ben Tollett – in January and, under their leadership, the shop continued to produce work of an incredibly high standard. Campaigns for John Lewis, including "man on the moon" and "tiny dancer" for the insurance division, were strong.

The Harvey Nichols Christmas spot might have been unexpectedly outclassed by Currys PC World’s ad, but Adam & Eve/DDB created brave activity for the department store’s Rewards card using real footage from shoplifters to demonstrate how far people go to get their hands on its designer wares.

With revenue up 20 per cent and staff numbers rising 15 per cent, all this excellent work is paying off on a business level too. Alongside Murphy, the other founders – David Golding, Ben Priest and Jon Forsyth – and a second-tier management team including Tammy Einav and Mat Goff continue to be among the most respected operators in the industry. And you can expect the indefatigable Murphy to use his role as the Advertising Association president to promote his agency at the highest level.

With the founders’ uncapped final payment from Omnicom due to be calculated after next year, you wouldn’t bet against Adam & Eve/DDB winning Agency of the Year for the third straight year. But, for the sake of variety, more agencies giving them tougher competition would be most welcome.

Grey London
Thank goodness, then, for Grey London, which made the Agency of the Year decision far from a foregone conclusion. This year has been another great one for the shop, which continues to drive an impressive shift in fortune.

And the agency won two Grands Prix at Cannes for LifePaint. The Volvo reflective paint for cyclists is now stocked in UK shops. 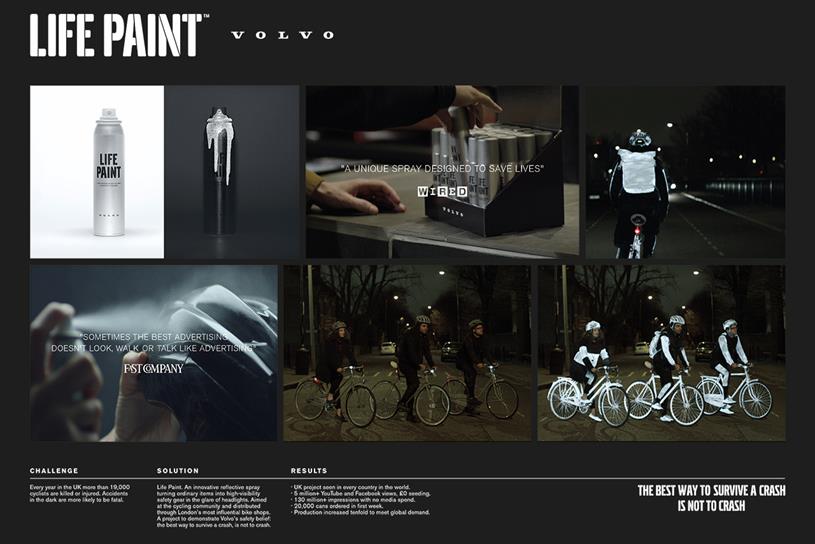 Memorable work included the beautiful "lift" for HSBC and an online film for Mumsnet that used the real-life 999 call made by a five-year-old. And let’s not forget the jet-propelled flying squirrel in the McVitie’s campaign.

And the ads clearly ticked the effectiveness box: Grey was named the Euro Effies’ Agency of the Year.

That said, 2015 was bookended by two big departures: Chris Hirst and Dave Monk. But Grey used the opportunity to promote from within and hire people with new skills to its senior management.

Grey is trying to shake up the conventions of the industry by questioning established practices around hiring talent, for example. Long may it continue.

Lucky Generals
Lucky Generals has had a corking year. It picked up the prized Twitter account and was the beneficiary when Paddy Power decided to rip its business out of BMB. For an agency of Lucky Generals’ size, these wins were huge.

The shop produced some excellent work too – most notably "you can make it" for Pot Noodle and "youth hostelling with Chris Eubank" for Hostelworld.

Lucky Generals has shown that it is still possible for three smart people to set up shop and thrive against the networks. Bravo.

Mother
A mention should also go to Mother, which looks to be getting back to its world-beating form. Campaigns for Moneysupermarket.com and Ikea were wonderful, wins included Baileys and LateRooms.com, and it hired Michael Wall to drive the business globally. All is set fair for a great 2016.