When facts are no longer sacred, we must find truth in the numbers.

For me, this is quite possibly the tweet of the year:

I'm not saying that David Bowie was holding the fabric of the universe together, but *gestures broadly at everything*

So fantastically on point is this little tweet that it’s been appropriated by culture and has become an actual joke that people tell in pubs. I have no idea who originally tweeted it – it might be @Mathew_houston, because that’s what Google says, but we’ll never really know.

There are many things we’ll never know these days, even if we know them. Like the fact that the "facts" used to sell Brexit weren’t facts at all but rather misinterpreted data. This is because we live in what The New York Times calls an era of data but no facts.

Back in the 19th century, Disraeli spotted this moment coming, saying: "There are three kinds of lies: lies, damned lies, and statistics."

It seems the more data builds up around us, the less we can truly see and understand.

Our social feeds only exacerbate the problem. We occupy a happy little filter bubble entertained into stupidity by the constant reflecting back of our own prejudices and stuff we "like".

While it’s not the internet’s fault that we default to simple untruths when faced with complex realities (that’s the human condition, man), it is true that social platforms are adept at gaming our wiring. The dopamine reward for a prejudice reinforced is a powerful thing.

So powerful is it that a man whose statements have been fact-checked by Politico to reveal 70% of what he says is genuine, bona fide made-up bollocks may well be elected US president by November.

This colossal and worrying social and political phenomenon seems extra weird when viewed from inside the world of advertising and marketing.

At any time in the past 100 years, if you were talking to a friend in the government sector in a Western democracy, they’d have had you pinned as the bad guy. Isn’t it us lot who manipulate the wiring of hunter-gatherers to make them yearn for more and more stuff? 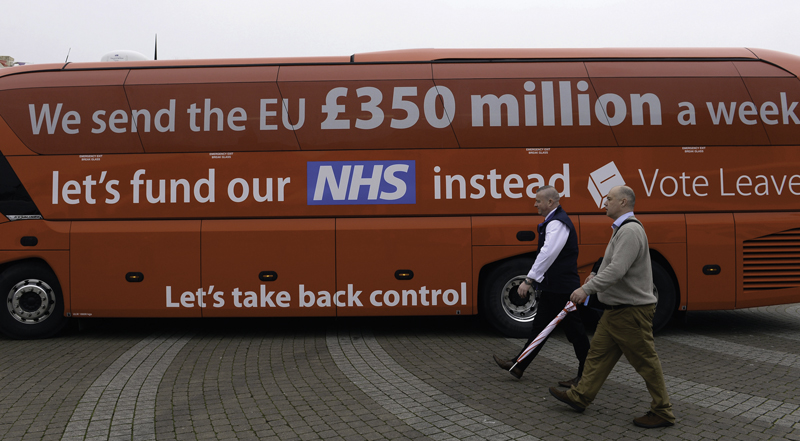 Yet, these days, it seems that we are maybe more on the side of the angels. If Boris Johnson wants to write a whopper on the side of a bus and to turn the country into a racist backwater, he, seemingly, can get away with it. If Unilever tried, it’d be in court. A social media outcry would lead to product boycotts and thousands would lose their jobs.

We live in a strange time, where big business is under greater scrutiny than governments and political parties

So we live in a strange time, where big business is under greater scrutiny than governments and political parties and where the stuff you buy has arguably more impact than the way you vote – unless, of course, you want to ride a wave of populism into the abyss.

So our clients have to be incredibly careful about what they say and how they act. This might be partly to blame for the woeful state of most of what our industry produces.

There’s a genuine atmos of fear in a lot of organisations, leading to a paralysis of decision-making and a lot of forgettable advertising.

With all the data at our disposal, it ought to be within our grasp to unlock decisions and point clients in the right direction, confident that creative decisions have data behind them. But this is no easy task.

In advertising, as in life, the more you know, the more you realise you don’t know. Or as Hegel more memorably put it: "The owl of Minerva takes its flight only when the shades of night are gathering."

Insights are plucked from a great darkness – or, these days, an inscrutable black hole of data. With our clients rightly afraid of getting it wrong, and with so much data there to confuse them, the role for creativity, then, is to find truth in the numbers, so brave ideas can take flight.

Every agency these days has a data story; the best ones can find the true stories in their data.

Chris Clarke is the chief creative officer, international of DigitasLBI.

The end of ego: why brands should embrace the expert economy

David Bowie: 'An icon of shameless and boundless creative ambition'