Even a wet May has not dampened spirits.

Consumer confidence has risen back to pre-pandemic levels, according to the latest figures from GfK which are backed up by positive retail sales figures from the Office of National Statistics (ONS).

The overall GfK Consumer Confidence Index score rose to -9 in May, marking a significant improvement over the -34 recorded for May 2020 during lockdown. The shift back to pre-pandemic levels comes after the index flatlined on -16 and -15 for March and April this year. 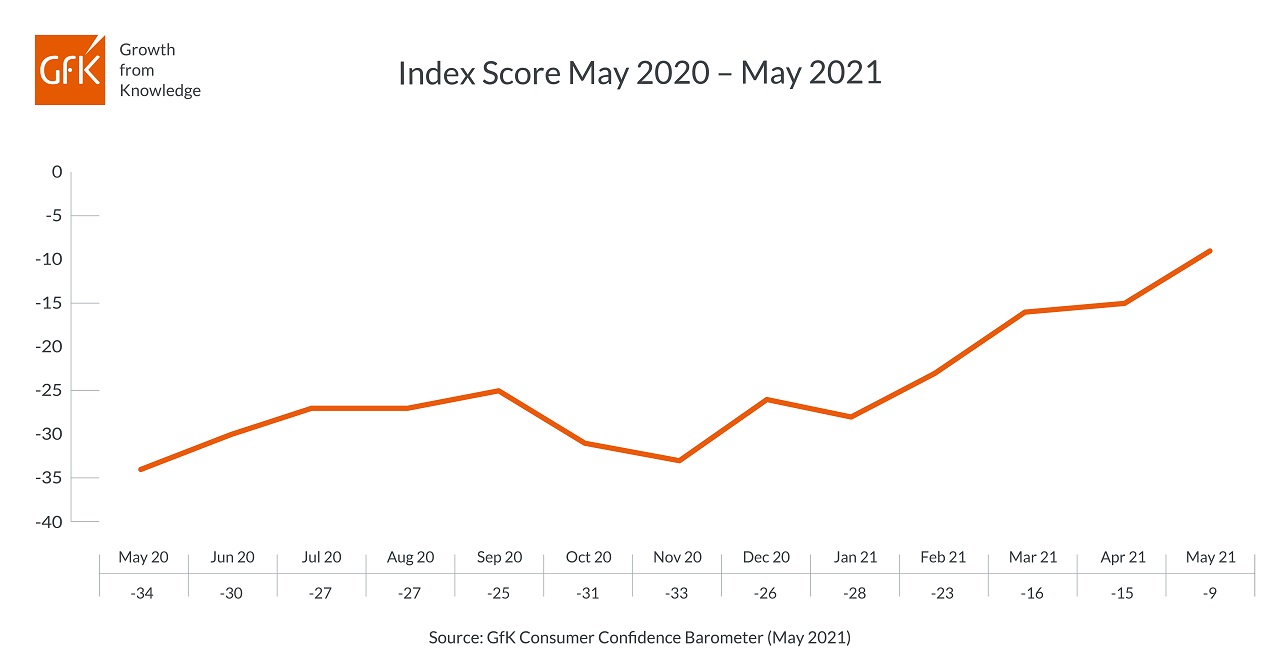 Joe Staton, client strategy director at GfK, said that “confidence has made up all the ground lost to Covid-19” and that brands can expect further rises in positivity.

This is being driven by consumers feeling increasingly positive about how they expect the economy to perform in 12 months' time. This figure was languishing at -44 in January, but shot up to +4 in May. 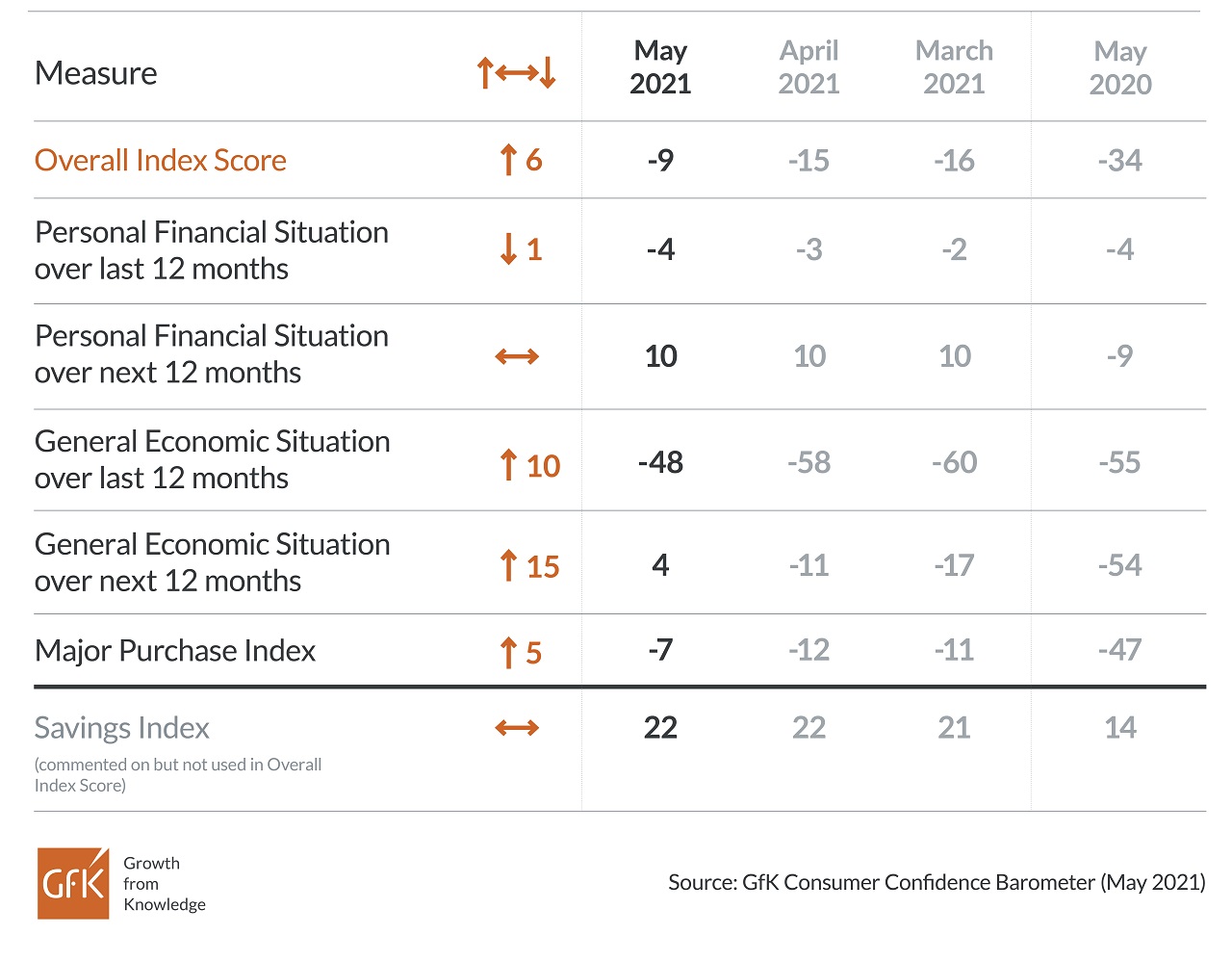 “These findings reflect April’s ‘feelgood’ re-opening of outdoor pubs, shops, gyms and hairdressers combined with continuing vaccination success, all this before the possibility of green-list vacation opportunities in May,” Staton said.

“In addition, we’re seeing a healthy five-point uptick in the major purchase index, with more consumers seizing the opportunity to splash the ‘accidental savings’ that some have collected. Growing confidence is fuelling the economy and only a reversal to lockdown can dampen this solid momentum.”

Sanchit Jain, technology and media analyst at Enders Analysis, commented: "The UK's world-class vaccination programme is undoubtedly one of the key drivers behind rebounding consumer confidence. We didn't see a similar rebound last summer when restrictions were lifted, but people are leaving their homes with a sense of (cautious) optimism. This resurgence in confidence is invaluable for B2C businesses, particularly those in retail and hospitality. Returning footfall will provide much needed respite."

This optimism GfK has recorded is mirrored in figures released this morning by the ONS. These show that, with non-essential shops reopening on 12 April, retail sales for the month leapt 9.2%, compared to March.

The ONS and GfK figures mark a positive milestone for advertising as lockdown measures in many countries are eased, according to Advertising Association’s chief executive, Stephen Woodford.

“Today’s news from GfK aligns with our latest AA/Warc forecast of [the UK experiencing] the sharpest rebound in ad spend, an estimated 15% growth ahead of other key markets, including the US and China,” he said.

“As society unlocks, we will see more economic activity and advertising is a key engine of that. To give one example, cinemas opening earlier this week has unlocked a vital channel for advertisers to reach an audience in a way which hasn’t been available these past 12 months or more.

“Signs like an uptick in consumer confidence are hugely positive and more good news for our industry as it helps the UK recover from the economic and social impact of the pandemic.”

In a note of restraint, though, Jain suggested that "advertisers, particularly those in OOH and in cinemas, may want to wait a little longer before piling budgets back to pre-pandemic levels, in the medium term at least".

Further good news was published at the start of the week which suggested May’s damp weather was not keeping shoppers at home. According to figures from Springboard, high-street footfall rose 3.9% in the second week, compared to the week before. The figures showed a decline of 3.4% for retail parks and 2.8% for shopping centres, suggesting consumers are sticking to the lockdown behaviour of shopping more locally, on their nearest high street.

Springboard also recorded a 4.1% uplift in footfall after 5pm in retail destinations on 17 May, the first day indoor hospitality was allowed to reopen.