Perhaps I'm supposed to take it with a pinch of salt (hang on, isn't that tequila ...?), but when you make such a definite claim, I think that you should be held accountable. Refreshing - yes. Perfect - hmmm ...

Refreshment as a strategy is, of course, perfectly acceptable for any glass of lager. The tricky bit is then making it distinctive, and that's not easy. To be fair to Carling and its agency, they have had a valiant stab, but I would say that's probably not enough in this crowded marketplace.

If you're going to take the refreshment road much travelled, you need to find a totally new approach. And when you've found that, you need a script that also takes you to a different place. "Open in a bar" just isn't it.

The fixation with featuring cheeky chaps, who represent the target market, again makes the ad feel samey. I sense an archetype coming on, with the heavy hand of the client pushing the agency to feature the target market doing something cool.

I was at BMP DDB when "Webbo" started John Smith's' "No Nonsense". At the time, it featured Jack Dee. In a stunningly simple way, it carved out a space for John Smith's that no one else owned. No bars, no blokey blokes, just a potent message delivered in a funny, unexpected way. "No Nonsense" has been reinvented by different agencies with different stars, but, by and large, it has stayed away from conventional beer situations and hasn't featured your typical 20-something lager drinker.

In my eyes, there are no stand-out beer campaigns at the moment.

Right now there is a real opportunity for a beer brand to do that again, because currently the bar - no pun intended - isn't that high. In my eyes, there are no stand-out beer campaigns at the moment.

My, how times have changed - 99% of the target market won't be able to compare "Trick Shot" to the 1989 ad "Dambusters", part of the "I bet he drinks" campaign, because they were only about three years old at the time. (That, of course, begs the question why you would bring back Frost and Arden from that era, who look slightly out of place.) I see that this is a play on the old line, but again that's a tough ask given that the original campaign won a gold at D&AD.

So, I look forward with interest to the follow-up. I would just urge Carling to seek the unexpected, given the parameters that are in place. 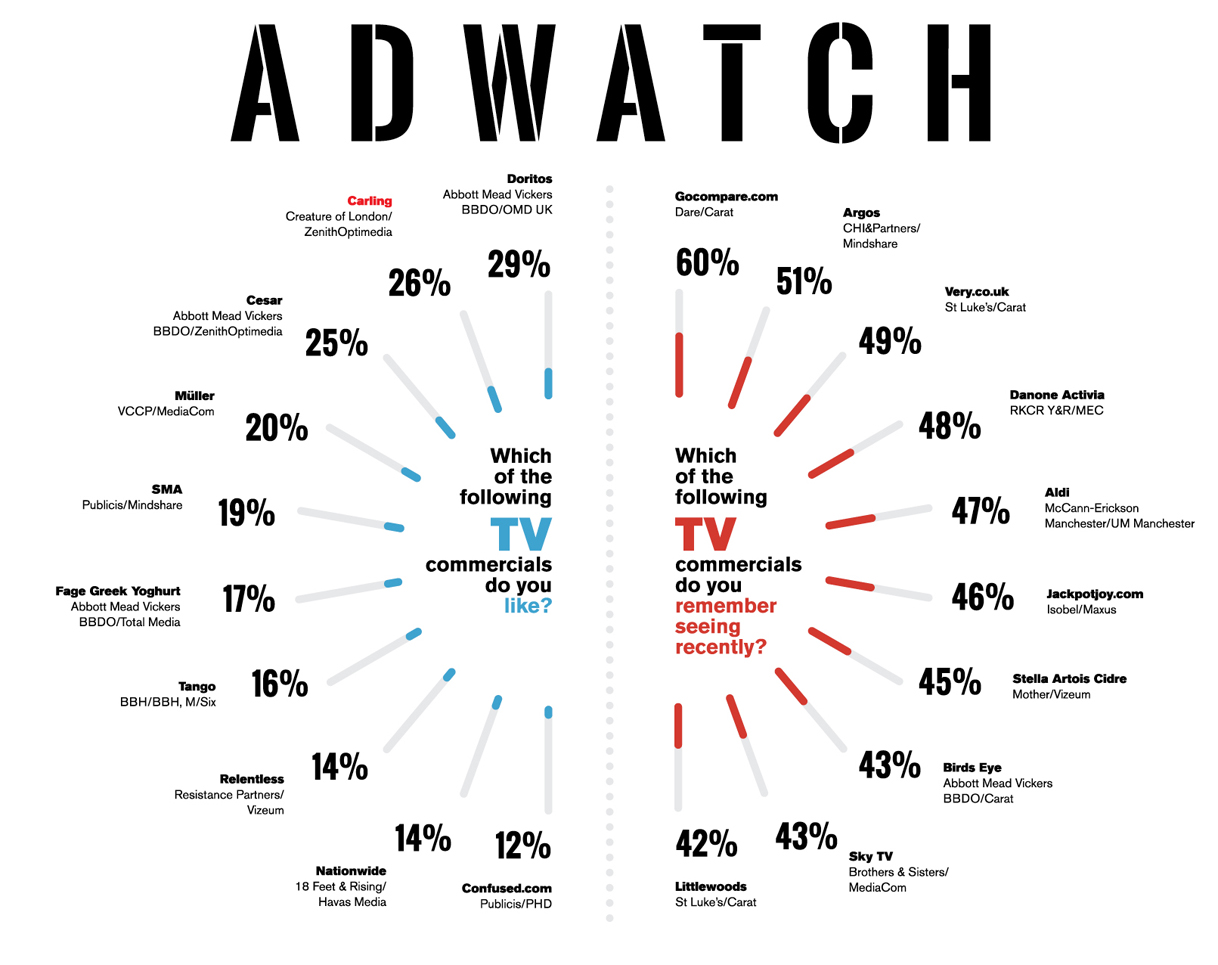 Adwatch: O2's 'Be more dog' will be a long-running success