There’s a pleasing symmetry to the fact that our Agency of the Semi-Century was founded in the year Campaign launched. But, despite an impressive field of competitors, the award was richly deserved.

Boase Massimi Pollitt has existed in three separate iterations. First, the agency of its original founders, which helped pioneer the account planning discipline and coupled it with a creative wit and lightness of touch. Second, BMP DDB, which gained a global reach and access to bigger clients (but endured some wobbles along the way). Finally, Adam & Eve/DDB, which reinjected vigour and rigour into its output.

It’s all the more remarkable, given its changes in management and ownership, that a seam of continuity has always existed at the agency. It's a piece of DNA that stretches back to BMP’s founding fathers – Martin Boase, Gabe Massimi and Stanley Pollitt – and their pioneering work. Campaign asked six alumni from the past 50 years how they think the agency has continued to be somewhere "a bit special". 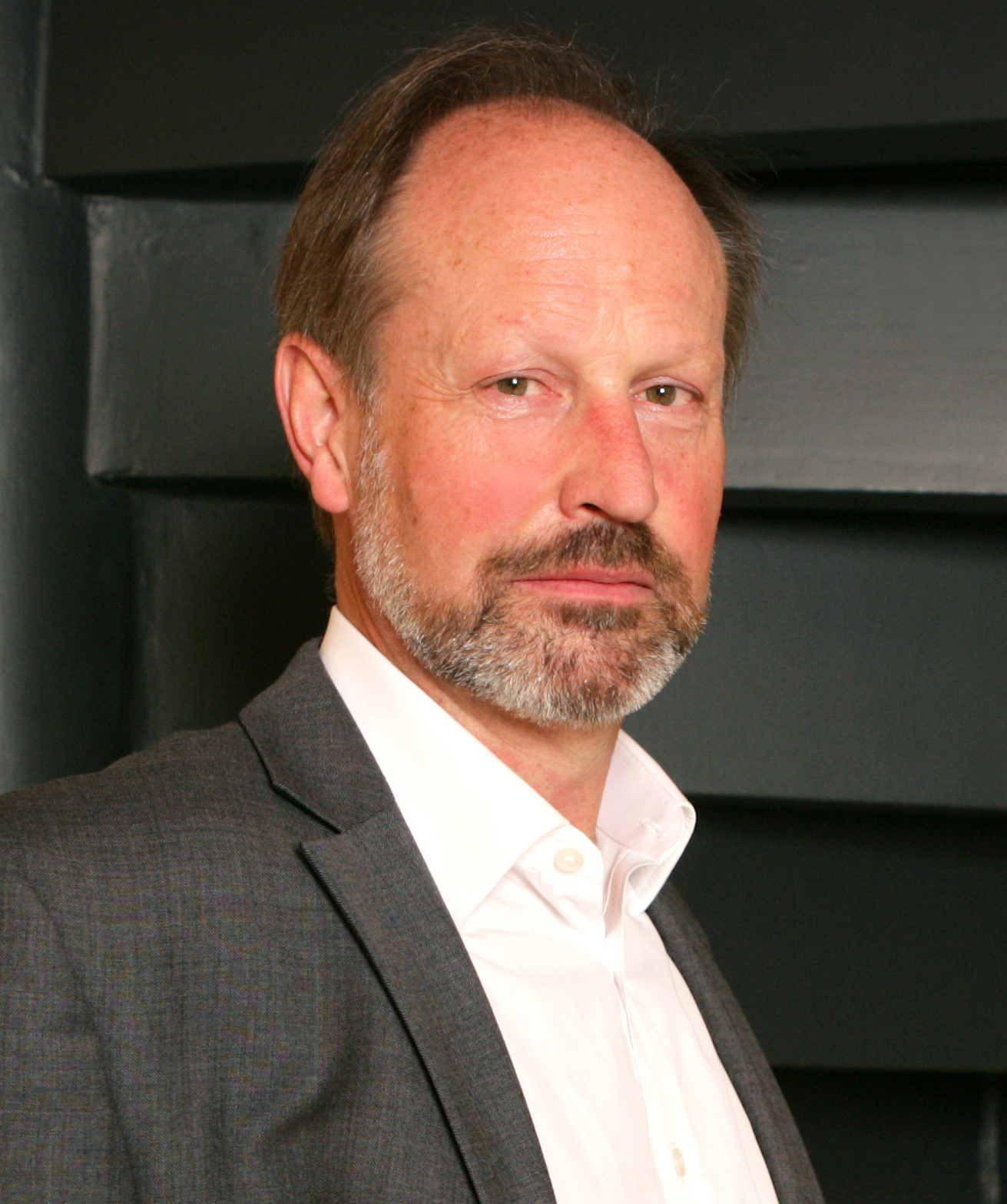 What made BMP and BMP DDB special? Getting it right. For some 30 years from the early 1970s, the agency at 12 Bishops Bridge Road was very special. As it is again today. What made it so? Its founders’ point of view about the agency’s purpose, their leadership style, their way of working and the resulting culture. An open, honest culture that attracted and retained a ridiculous number of talented people committed to that same purpose: getting it right. "It" meant the work. "Right" meant effective.  Nothing mattered as much as that – not awards, not size, not profit. But, funnily enough, they all followed.

There’s a handful of consistently brilliant creative agencies that span the decades. Even fewer where creative excellence is always rooted in the very best strategic thinking. And none that have done this so well and for so long as BMP in all its guises. No agency comes close to the number of IPA Effectiveness Awards won over the long haul – the ultimate proof of this combination of creativity and strategic rigour. I felt it in the woodwork the first day I walked in the door. I was hugely proud to be working there with such smart, talented and nice people. The agency remains true as ever to that heritage today – the Adam & Eve crew have blended so well with the long-term DDBers to take it to new heights. 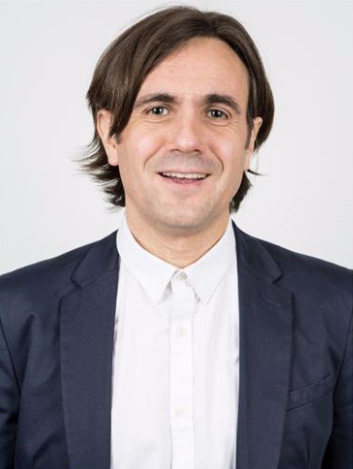 DDB was special because of the sheer expectation of quality. The focus on effectiveness, above all else. And the studious way in which people went about achieving it. Everyone was just very, very smart. Adam & Eve/DDB was created because change was greatly needed at Bishops Bridge Road. The brilliance of the story that followed was that we managed to retain all the bits that mattered and change the bits that were getting in the way. The new agency that emerged held the same unswerving commitment to quality and effectiveness but, critically, it had modernised the way it went about it. Other agencies can learn that the outcome is all that matters. Over-invest in the talent to get you there. Find your Les Binet and hang on to them. Oh, and use geography to your advantage. Paddington is important in the story. It made the agency an outlier and allowed it to focus more on real people than on other agency folk. 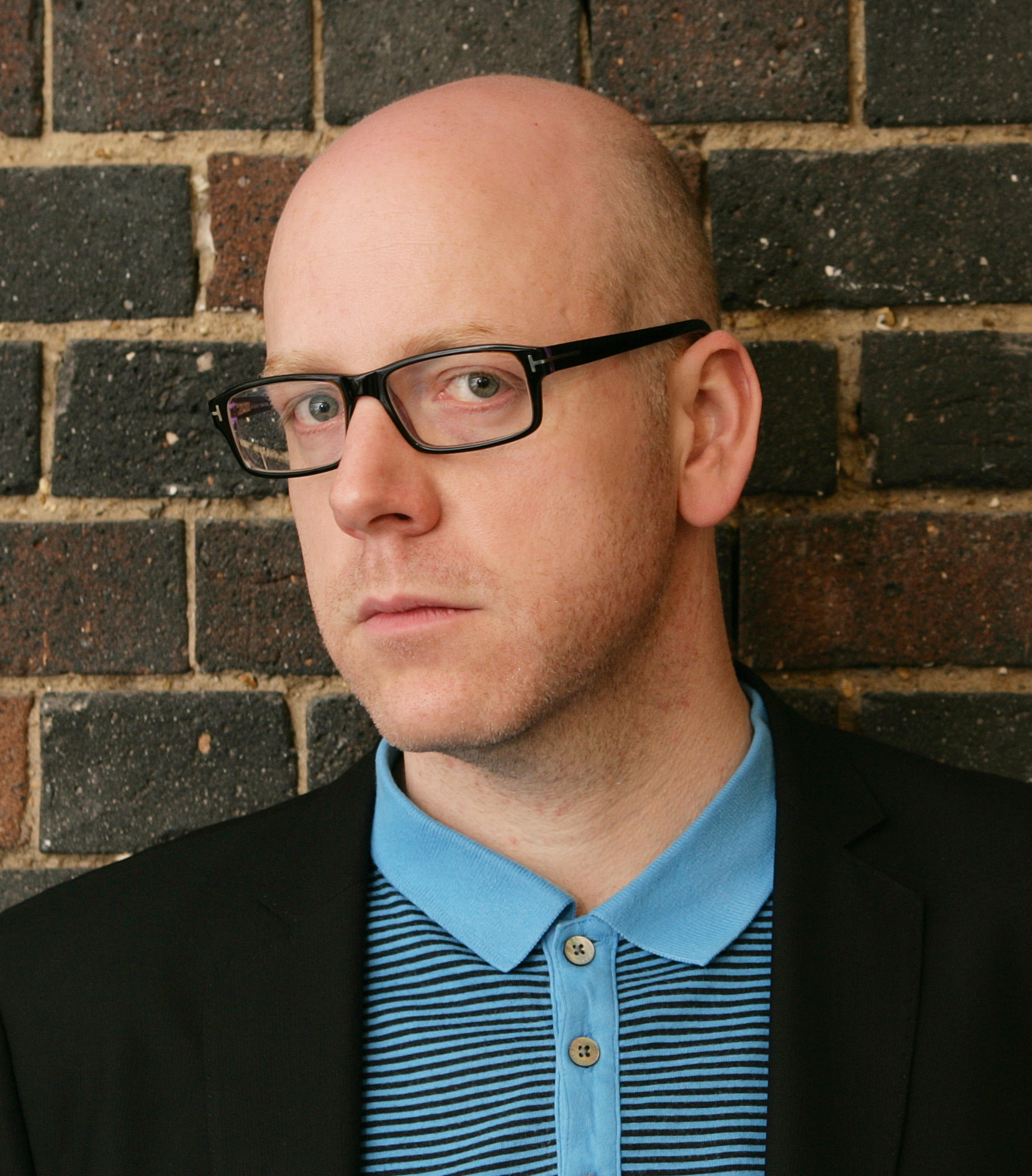 The BMP DNA endures to this day in every account-planning-friendly head around the world. BMP’s planning ethos travelled round the world like spores finding fertile ground wherever they landed. Anyone using qualitative research in the creative development process can trace a lineage right back to BMP. Anyone who’s stolen a strategy idea out of an effectiveness paper, or taught themselves to plan by reading the seminal Jon Steel book Truth, Lies and Advertising, is mainlining the BMP tradition.  It doesn’t have a label like "disruption" because it’s deeper than that – it’s a way of life, a way of seeing the world. 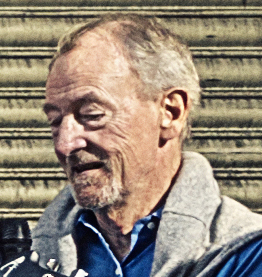 I think what was special about BMP was that we genuinely did pioneer a new way of producing advertisements. If you interrogate those who worked there during the 1970s and 80s you will find that they regard it as a sort of golden period in their  working lives – to an extent that sometimes mystifies me. Many moved on and probably exported some of the things we were trying to do. We were lucky or skilful enough to employ some very talented people and were intent on plying our craft rather than simply making a profit. That was important and represents a modest legacy. To what extent Adam&Eve carries on what we were up to, I am not qualified to say. 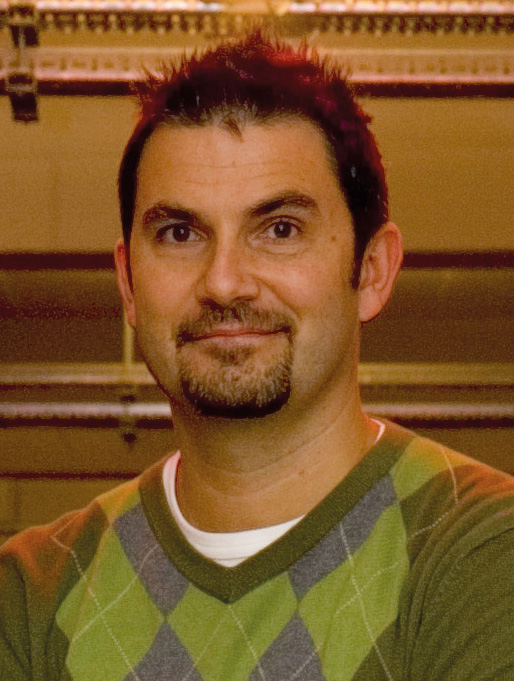 I think it felt like people were hired based on character as much as qualifications. The place was super sociable, everyone mixed across all the departments, we all socialised together out of work and over at the Prince of Wales. It was a really fun working environment. The commitment to the best work is still there. Every Friday at BMP we’d meet up on the creative floor and all view the latest work over a beer – it felt like we all owned the work. You can talk integration, horizontality or any jargon but, ultimately, it’s the collective shared culture that breeds collaboration and BMP had that in spades. 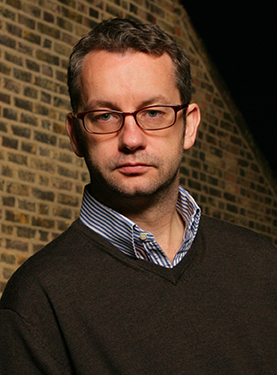 I was regularly John Webster's golf partner (being his regular creative partner would have been preferable). John was the creative force behind BMP for more than four decades. One charity golf day he won a yellow Wilson golf bag for third place. He held his prize aloft like a five-year old on Christmas morning and said to me: "This is better than any advertising award." And he meant it. John taught us all at BMP that consumers were our real judges. Alongside John was Tony Cox, who ran the creative department in an amazing way, empowering the teams and cultivating a good-natured yet completely ruthless competitiveness. The huge number of BMP DDB creatives that have gone on to run big agencies – from Nick Gill at BBH to Tony and Kim at Wieden, Rich and Andy at Fallon; the list goes on and on – is the legacy of the brilliant teachers we had at 12 Bishops Bridge Road. 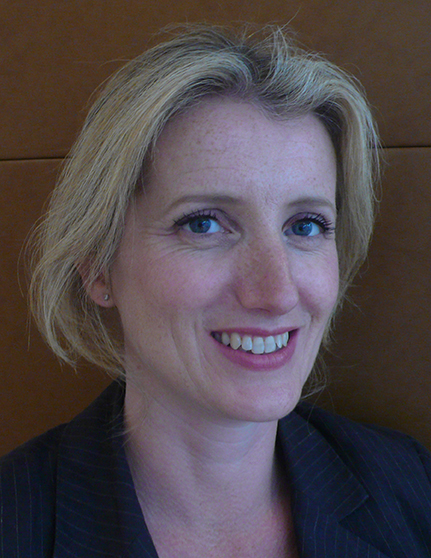 The agency had creative integrity. Total passion for the work and doing the right thing, always evidenced by research and data. An open and democratic culture. Full of super nice, exceptionally talented people, who worked hard and played hard collectively in an ego-free zone. Les Binet still rocks the house on effectiveness. Other agencies could learn that they need to invest in the best people and focus on creating the right environment for them to flourish. 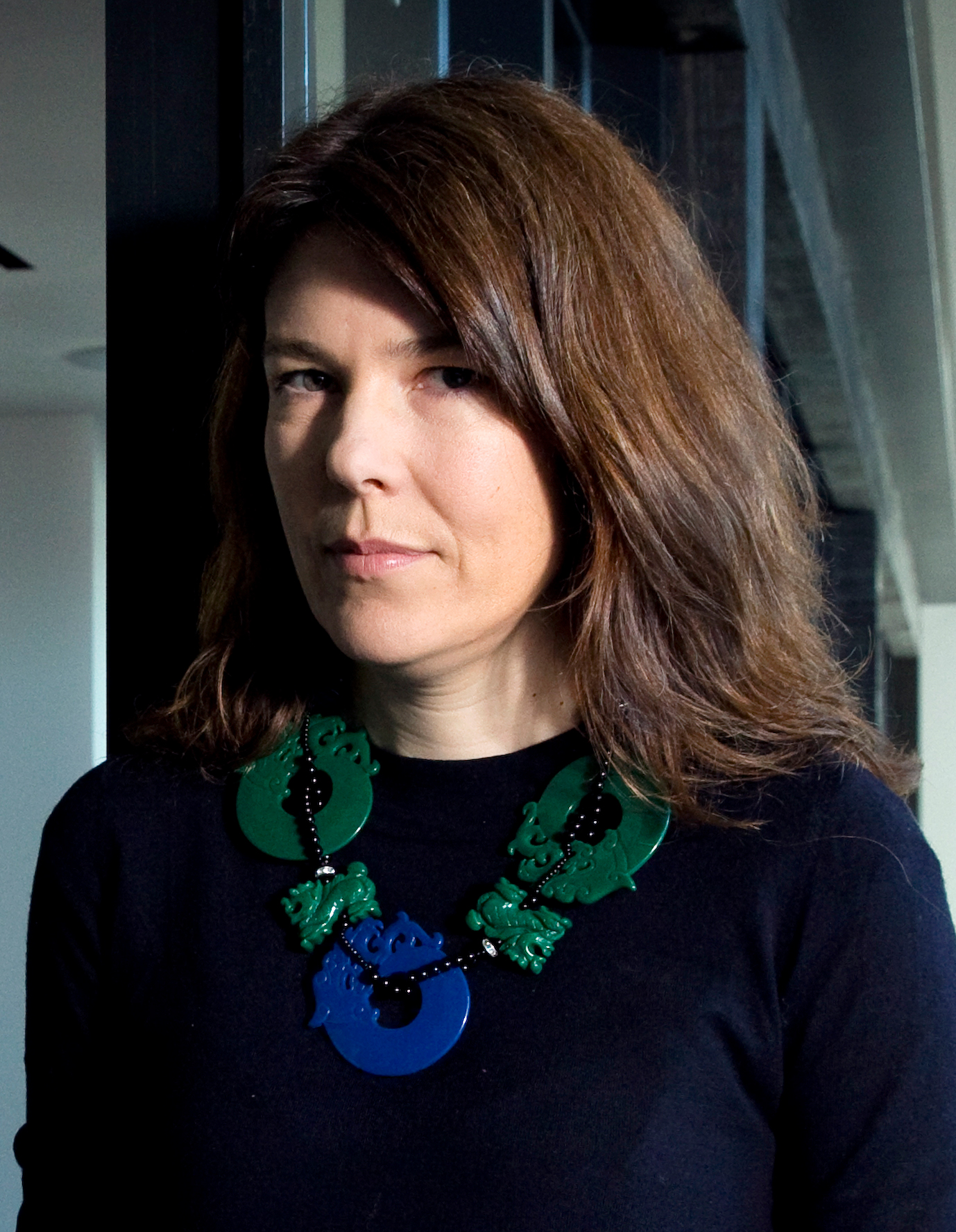 So, I think what made BMP special and different was their insane focus on making the most effective work.  The pure focus on getting the work right, at all costs. And what BMP meant by right, was right for people in the real world, rather than right for people in the industry or even right for clients and their politics or taste.  In one memorable year during the BSE crisis, as the planner on the Meat and Livestock commission, I ran over a hundred research groups.  We really knew what people outside the London bubble thought and felt. Webster (and as a result most of the other creatives) were far more interested in what a mum in research groups said about an ad, than what the client thought or what anyone in Soho said. That made for work which was incredibly famous in popular culture from Smash Martians, through to the Hofmeister bear, to Rowan Atkinson in Barclaycard, to VW’s ‘if only everything in life was as remarkable as a VW’ to Gary Lineker’s ‘No More Mr Nice Guy’ for Walkers to Marmite ‘Love Hate’.  The list went on and on. It also made for a very different culture. The best idea won, plain and simple.  And that was judged by research and real people, not by clients, politics, or pure creative taste. In my experience, that meant it was a culture wonderfully free of politics.  To me, at least, it was an agency that was remarkably disinterested in fashion or being cool.  Getting the work right came above getting the work on time, on budget, or to client or industry taste. Therein lay the secrets of both its success and its demise.  It’s also probably what we can learn, both for better and for worse

Campaign50: Learning is for life