Campaign casts a critical eye over the performance of UK agencies after a year of contrasting fortunes to assess who gets full marks and who deserves detention.

Check out the School Reports

Given Lucky Generals’ meteoric rise up the Nielsen billings table, it is not surprising that Troy Ruhanen, president and chief executive of TBWA\ Worldwide, wanted to buy a majority stake in the agency for up to an estimated $49m. With billings rocketing 245% and a 46-place leap up the list of Top 100 Advertising Agencies (from 79 to 33), Lucky Generals was last year’s star performer.

While Lucky Generals is not (for the moment) being subsumed into TBWA\London, with the latter falling out of the top ten, its additional billings provide some heft to the wider group as well as some talented executives for the soon-to-be-appointed team to lean on.

Lucky Generals’ success is the culmination of a sustained period of hard graft, which resulted in account wins such as Bulmers, Tennent’s and Yorkshire Tea, some decent creative output and the sort of clever thinking the industry has come to expect of founding partner Andy Nairn. It belies the agency’s tweet: "Lucky, generally."

But for every school swot or most-improved pupil, there’s a dunce or – to be more sympathetic – a student that requires attention. So, what to make of Isobar’s performance? The agency drops 46 places down the table, just managing to scrape into the Top 100 at 98. With 12 account losses and head-count falling by 37%, those rumours about its future are not going away, despite its claims that "quietly… progress [has been made] evolving our offering". Moreover, by giving itself a score of six (an improvement on last year), Isobar might actually be the class clown – Campaign gave it a two.

While these two shops are the biggest movers in the advertising league, there is also a shuffling of the pack in the top ten. Abbott Mead Vickers BBDO, McCann Erickson and Adam & Eve/DDB remain the three biggest agencies. AMV BBDO is still in the top spot but its lead over McCann has droppedsignificantly to £126m.

The loss of Sainsbury’s, after 35 years, to Wieden & Kennedy could narrow the gap further this year.

Grey London took WCRS’s number-four position following a 25% billings increase for the former and a 23% fall for the latter. WCRS dropped five places to ninth. Despite Grey’s chairman Nils Leonard, chief executive Lucy Jameson and managing director Natalie Graeme making all the headlines in 2016 by quitting for a highly anticipated start-up, they were not the only ones to leave because staff numbers fell 16%. 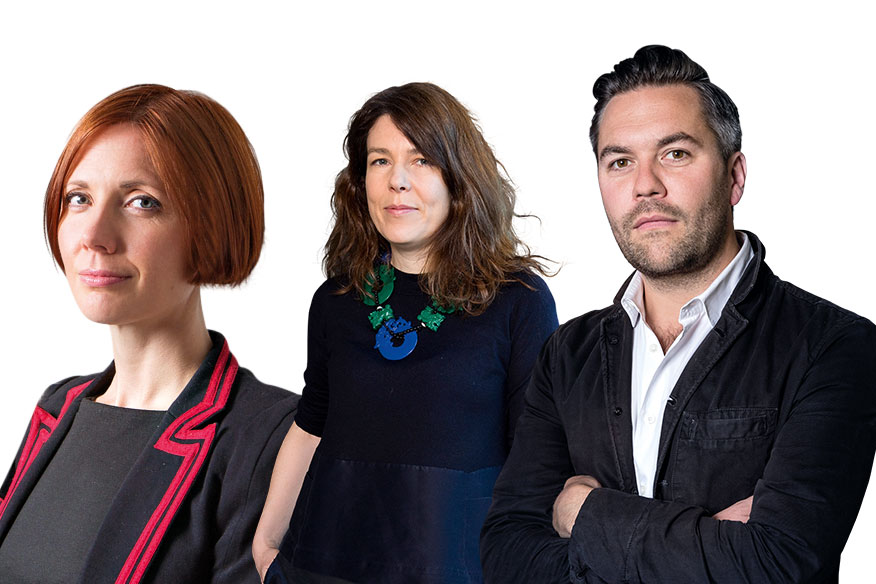 Graeme, Jameson and Leonard (above) made headlines by departing Grey

Grey’s capture of Marks & Spencer puts it in a good position for 2017. The same cannot be said for incumbent Y&R London, which lost 20% of its billings in 2016 even before the departure of its long-time retail partner.

For A&E/DDB – Campaign’s Advertising Agency of the Year for the third year running – more history has been made with the founders’ names disappearing from under the "key staff" heading. This important development reveals how James Murphy, David Golding and Ben Priest have relinquished control to focus on the global expansion of the Adam & Eve brand. It also increases the pressure on their replacements – Tammy Einav, Mat Goff, Rick Brim and Alex Hesz – to win the accolade for a fourth year running. 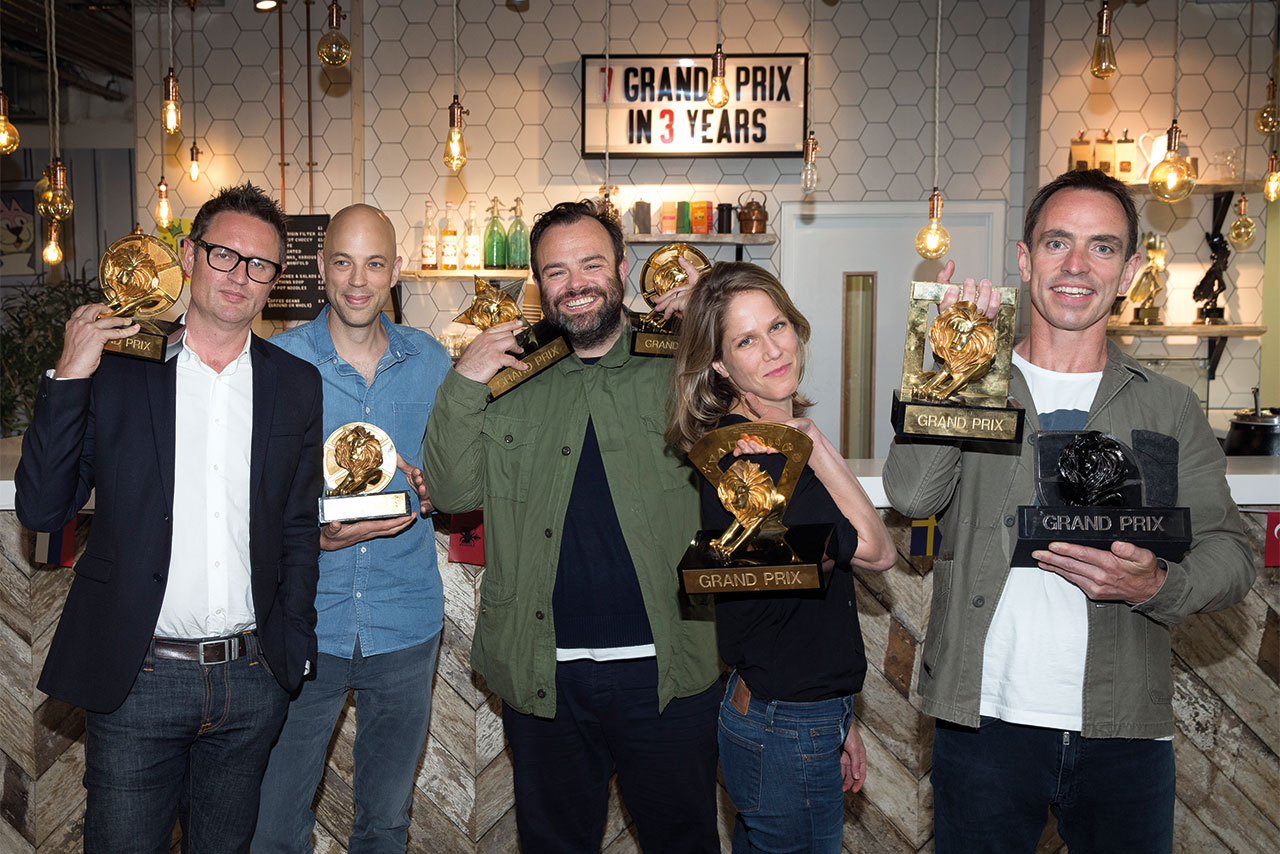 After a year of changes on the management floor, Bartle Bogle Hegarty seems to have put its recent woes behind it and climbed to fifth place. With 12 account wins under its belt, including Absolut and Uber, and the Tesco billings cementing the agency’s position, its tweet that "BBH is starting to win again" could be borne out, at least if it can keep hold of British Airways (although the loss of KFC in early 2017 after 15 years was a blow).

Publicis Groupe agencies Publicis UK and Saatchi & Saatchi make it into this year’s top ten. Saatchis’ billings leaped by 20% after the shop picked up Asda in a shock move.

European chief executive Guy Wieynk’s turnaround strategy seems to be bearing fruit at Publicis. Morrisons’ arrival from MullenLowe contributed significantly to the 25% leap in Publicis’ billings, although there were other pleasing wins, most notably Fairy from Grey, which had held the business since 1983. 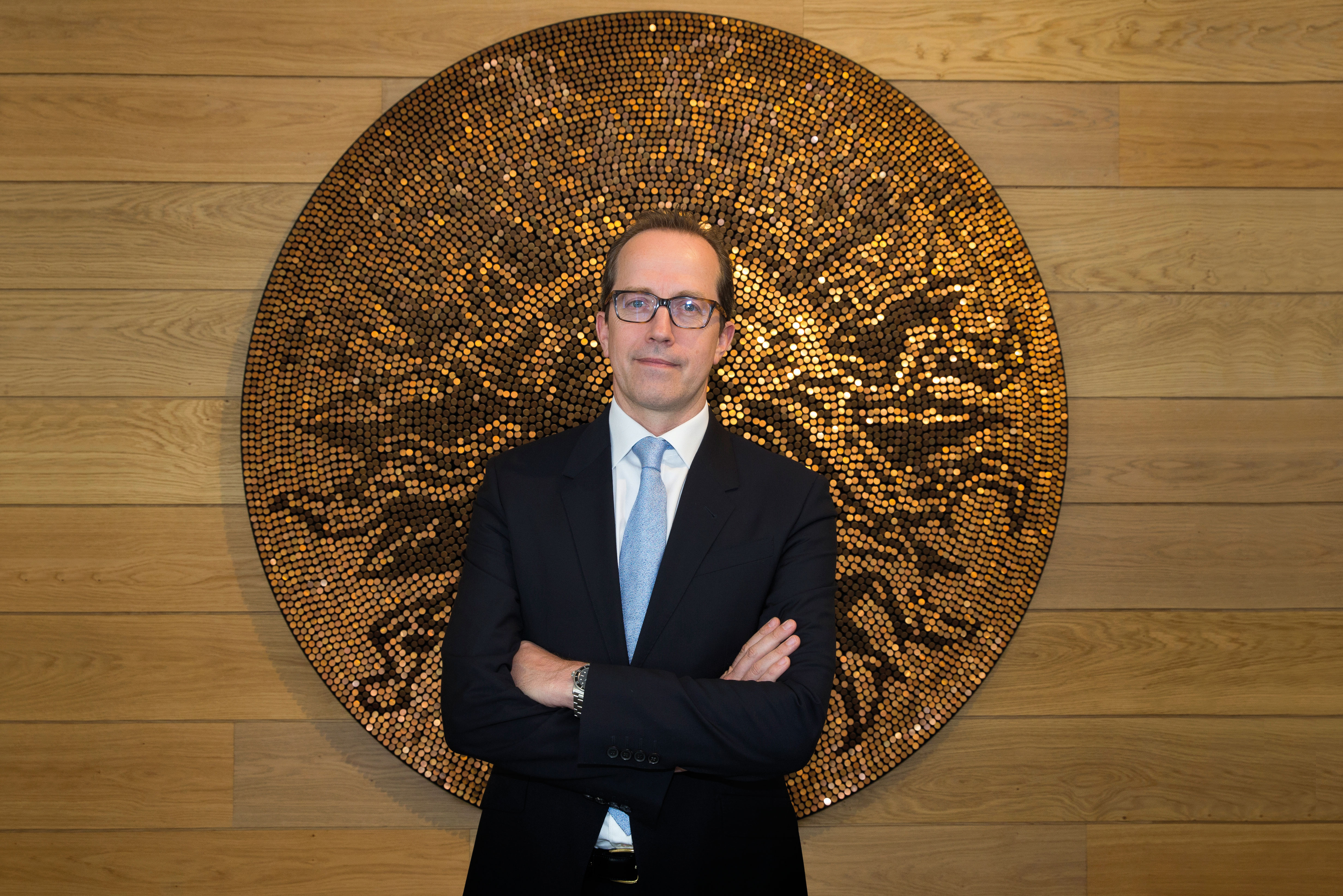 The news for sister agency Fallon is, to put it mildly, less good. With a 29% drop in billings, the shop has fallen to 36th place, sitting ignominiously among the likes of lower-profile agencies Wordley, Home and Driven, with its billings beneath the £40m mark.

While the agency picked up a smattering of new business in 2016, including Expedia, a 33% drop in staff tells its own story. Fallon awarded itself a six for its 2016 performance – Campaign judged it a three.

Mother continues to be the largest independent agency, ticking along at number 14, some £28m above second-placed Krow Communications. However, the loss of Boots in January looks likely to damage its standing in the 2017 rankings.

Aside from Lucky Generals and its meteoric rise up the table, the other acquisition target, Karmarama, has also enjoyed a big leap in billings. With eight wins, including Confused.com and Costa, it recorded a £27m increase in billings, a 29% boost. With Karmarama fattened up for sale, Accenture Interactive swooped in a deal worth £50m and, according to whom you believe, helped map the future of the advertising industry.

Elsewhere among the indies, a ground breaking moment occurred with Joint London chief executive Richard Exon breaking convention and not giving his agency a score of nine. Modesty prevailing, he has instead opted for eight. Campaign gave it a seven. Joint has edged itself up the league of independents, rising six places to 31 overall.

Anomaly London is also a big improver with billings up 178% and a hike up the rankings from 78 to 39. It shows Camilla Harrisson has added some new-business steel to the strong creative credentials provided by executive creative director Oli Beale (and formerly Alex Holder) and is evident in its animated short film The 12 Days of Christmas – a Tale of Avian Misery.

Isobel makes a welcome return to the Top 100, moving into the far reaches of the list but posting an improvement on the 127th place it occupied in 2015. Its score has improved accordingly.

One agency with a continuing run of bad luck is M&C Saatchi, which dropped out of the top 20 and now languishes at 24. Here it finds itself two places behind independent Brothers and Sisters (which recorded a 37% hike in billings) and just one spot ahead of St Luke’s.

Attempts by the M&C Saatchi Group management to foster a more entrepreneurial spirit by selling 30% of the agency to its key personnel has yet to affect its billings. The shop also parted ways with one of the quintet, Tom Bazeley, in August.

He was not the only thing to depart Golden Square – the agency’s long-standing relationship with Transport for London came to an end, while Etihad moved business to Cheil. With no replacement yet announced for Bazeley, the shop will need some careful stewardship from Tim Duffy to prevent any further slippage – to fall behind St Luke’s and Iris really would be embarrassing. At least the work looked better under new creative chief Justin Tindall.

Other agencies that might need to do some soul-searching include MullenLowe Group, whose transformation resulted in the loss of 18% of its staff, a 35% drop in billings and a fall out of the top 20, hence the score of four. BETC left the top 50 and scored a three while Mcgarrybowen, which recorded a 33% drop in billings, fell 16 places to 76.

While Nielsen billings are a blunt instrument with which to gauge an advertising agency’s success (and as we have seen, some shops have been hit over the head soundly by this blunt instrument), they are the only comparable metric we have. But they are a far more reliable indicator for media agencies and, this year, the media sector has been much less volatile than the creative arena. However, some reconfiguring at Starcom and Mediavest means they have no like-for-like comparison this year.

All of the top four – MediaCom, OMD Group, Carat and MEC – remain in the same positions as last year, although MediaCom’s lead over OMD Group has extended from £236m to £320m. Ahead of the departure of Volkswagen Group to PHD in January 2017, MediaCom amassed 16 wins, including British Gas and the Paddy Power Betfair consolidation.

OMD Group had a less pleasing year, with the closure of M2M resulting in the loss of a number of accounts and 9% of its staff. Which is why the agency only deserves a score of five.

Mindshare and Zenith have swapped places with the latter now fifth and the former sixth, while Vizeum (in at number nine) has seen its billings leap by 19% and Maxus by 13% (at seven).

The most dramatic drop down the table is for perennial underperformer Initiative, which scored itself a seven despite losing 21% of its billings and 40% of its staff. Campaign thought a three more appropriate. Havas Media Group also experienced a dramatic fall in billings, with the loss of accounts including Nomad Foods and the fallout of 2015 departures, such as Betfair and Just East, resulting in a 20% drop.

"Initiative suffered the most dramatic fall down the table"

Amid this bleak news, how heartening to see Goodstuff Communications enjoy a 73% increase in billings, helping it jump five places up the table, passing Rocket and putting it into 18th place. It is now in mere touching distance of Havas’ Arena Media and, while Goodstuff griped it wasn’t Campaign’s Media Agency of the Year, it should be proud of this achievement.

So congratulations to those agencies that have performed strongly in this year’s School Reports. As for the rest, we will be watching.

Here's hoping this is the year of girly swots

'People can hear the truth', says Matthew Freud as he takes a swipe at Uber

MediaCom's Karen Blackett is a new breed of leader