Agencies reap the financial rewards following mergers and buyouts, but these lucrative deals can have a big impact on their clients, too.

The £60m purchase of Adam & Eve by Omnicom, WPP's reported £350m acquisition of AKQA and the sale of the controlling stake in Bartle Bogle Hegarty to Publicis Groupe have made some people – and their bank managers – very happy. However, whether the clients are also sharing in the delights of the deal is another matter.

This recent flurry of activity has sparked debate on the merits and drawbacks of mergers and acquisitions (see below). The usual cries of 'it's a disaster for creativity', 'heads will roll' and 'just watch the clients walk' are sounding from the ranks of competitor agencies.

Marketers tend not to be anti-merger per se, but objections often arise from the way some agencies handle the inevitable disruption – and the effects of this on the marketing department.

One top marketing director recalls the agency with which he worked being acquired. 'They said "this won't change us". Then, overnight, it changed. Agencies are naive to think we believe them. Of course it means change, why wouldn't it? Agencies need to get better at managing that change.'

One agency that has learned a lot about the process is Dare. The much-admired digital specialist merged with smaller ad agency MCBD in 2010. The resulting struggles, infighting, client losses and personnel departures have been well documented.

Gregor Angus, group chief executive of Dare's network EDC Communications, who has previously not spoken publicly about the problems that arose from the merger, is candid about the issues. 'We got caught up in our own hype, euphoria and excitement, expecting immediate "magic",' he says. 'We probably over-sold ourselves. The staff has changed more than we thought it would.'

Dare, he adds, is now 'stabilised' and wants to 'move the throttle up a bit and seriously outperform the market'.

Angus cites the agency's latest work for Gocompare.com as an example of what is possible when diverse teams work in collaboration on a brief. While it might have been painful getting to this point, he says that Dare 'has now done it and never has to do it again', while many other agencies will need to endure a similar process in this climate of consolidation.

However, given that the Dare-MCBD merger was announced at the end of 2010, the intervening period seems a long time for clients to wait to reap the benefits. Nonetheless, clients can do much to aid the process (see box, above right).

Perhaps the thorniest issue is culture – crucial in an industry where people are paid for their ability to generate good ideas. Chris Macdonald, chief executive of McCann Erickson London and chairman of McCann World Group London, which acquired two agencies last year, believes cultures change and get diluted when businesses merge. 'They struggle to find a new culture and this takes time and energy,' he adds.

Good leadership, based on honest communication, is essential for effective cultural integration, according to Dominic Grounsell, personal marketing director at RSA, who has previously been a client of a merging agency. 'The ability to admit they are having issues is a deal-maker or breaker. The more informed a client is, the more we can help the agency.'

The question of how Adam & Eve will maintain its creative culture is one on many observers' lips. Ollie Bishop, chief executive of digital agency Steak, which was bought by Dentsu last year, argues that success depends on how staff react. 'I query whether an agency with such a strong company culture will sustain that personality without the network swallowing it up,' he says. 'If (it does), there will be no need for clients to walk away, and it could be a successful move that brings the life back to DDB.'

Adam & Eve co-founder James Murphy is eager to learn from what agencies such as Abbott Mead Vickers BBDO and RKCR/Y&R did to ensure 'the sum of the parts proved to be greater even than the original agencies'. He contends that Adam & Eve and DDB are similar, staffed by people who 'believe in the power of great thinking and creativity to power clients' businesses'.

As for clients resisting such change, Murphy discounts the idea as 'nonsense'. 'Plenty of clients find their agencies conservative and complacent. Clients don't want static or stale agencies; they want fresh thinking, energy and creativity,' he argues.

John Lewis no doubt sought out that 'fresh thinking' when it hired Adam & Eve as a start-up agency back in 2009. The future relationship between those parties - as well as AKQA and its clients - will prove the acid test as to whether these recently enlarged agencies can live up to their promise.

FOR: EDGIER IDEAS AND BUYING POWER 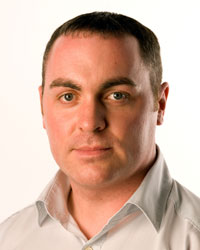 'I've absolutely benefited from agency mergers. If a big agency merges with a smaller, more nimble, entrepreneurial agency, then you get edgier ideas coming through. The smaller agency, too, gets the benefits of buying power, a more sophisticated process and more financial stability. Mergers prompt a new way of working which, in my experience, can be a good thing for clients. We need agencies to continually develop. The critical thing for everyone is how the agencies best integrate their cultures and processes, as this is the major factor that will determine success - for both agency and client.'

Rob Rees, interim marketing director, who has worked on major brands such as Dairy Crest and Bernard Matthews 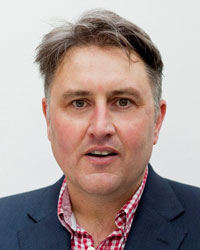 'Ultimately, when you share a lot of information with your agency, it is totally unacceptable to have a client conflict (following a merger). For one thing, agencies are leaky buckets and someone is bound to talk. This could mean that your competitors will find out your marketing and brand plans, perhaps 18 months ahead. Also, you want 100% focus and the best ideas on your business, not your competitors'. An agency needs to choose who they want to back. In my opinion, Chinese Walls in most businesses are a figment of the imagination.'

FOR: TRUST IN RELATIONSHIP

Nicola Mendelsohn, executive chairman, Karmarama, which sold a 50% stake to a private equity firm in June 2011 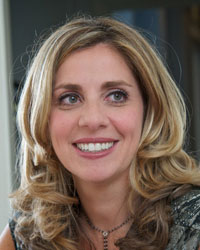 'Mergers and acquisitions have a lot of momentum in our industry, which goes to show the strength of UK business. Clients need courage to wait and see what happens after an agency merger or an acquisition. It will probably take six months for them to see the benefits, but it will be worth it. Great creativity and loyalty comes from trust, and trust comes down to relationships between people. Clients are becoming more relaxed about conflict too. We are professionals, we can handle conflict. Chinese Walls work 100%.'

AGAINST: THE CLASH OF CULTURES 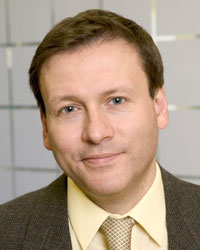 'When you have a David meeting with Goliath it doesn't work. There's a culture clash immediately. There are probably too many senior people and they don't all stay; they can't. Clients need to know there will be change. Agencies need to realise that saying there will be no change is not believable; they need to tell clients what they are doing to manage this change. On the other hand, when two agencies bring slightly different skill-sets together and are of similar size, a client can have access to an expanding pool of skills.'

BEST ADVICE: WHAT TO DO IF IT HAPPENS TO YOU 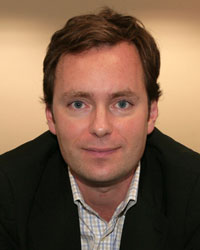 Can agency takeovers be good news for their clients? The Marketing Society Forum

Is it wise for a brand to outsource marketing to cut costs? The Marketing Society Forum

Are marketers too fickle when it comes agency relationships?

Does global marketing require a network agency rather than independent shops? The Marketing Society Forum -