The chief marketing officer role is too big, too undefined and too wide-ranging, brands were warned by IBM's tech evangelist.

"Chief marketing officers were once thought to be prime candidates for chief executives because they understood the intersection of people and numbers, what happened?" Jeremy Waite, tech evangelist for IBM said at the Digital Journeys event by Jellyfish.

He pointed to a recent report by Harvard Business Review, "The trouble with CMOs", which found through 28,000 interviews that 48% of CMOs hold their jobs for less than two years.

"We know that digital transformations takes more than three years to mature, so these senior leaders are not in a position to see out their projects," Waite said.

"CMOs are the least trusted people in the boardroom. Even Coca-Cola agreed that CMOs are fucked and they’ve cancelled the role," Waite said.

The problem with the role of chief marketing officer is that it’s too big, too undefined and too wide-ranging, Waite said. "Just look at the martech stack, there are 5,000 companies on the lumascape and half of those are startups with only around three employees… How are brands supposed to do this?"

Waite firmly believes that the application of AI capabilities is the only way chief marketing officers will cope with this future. And a future where personal data is increasingly private and users are opting to browse "screenlessly" – as voice grows more popular.

"In a world where only 50% of people want to give data to marketers, it’s not enough to say that the customer journey starts at an email. It starts before that It's’ anonymous and you have no data before that," Waite said. "What do you do have are assumptions you can make about people's behaviours and if you have enough of those assumptions you can get very very accurate. That's what Watson is brilliant at."

For example, Watson is already capable of analysing an email campaign and determining where things went wrong, he said.

Waite then gave a live demonstration of Watson analysing the performance of an email campaign, determining that it’s not doing as well, figuring out why it’s likely not doing well and suggesting solutions (see below).

"I showed this to a big agency and they said it took Watson 15 minutes to fix something that could have taken them three days," Waite said.

"So in conclusion, when the chief marketing role gets resurrected, it will be championed by people who can take data and retell it well. And AI will make it possible," Waite said.

Use AI to qualify your CRM data 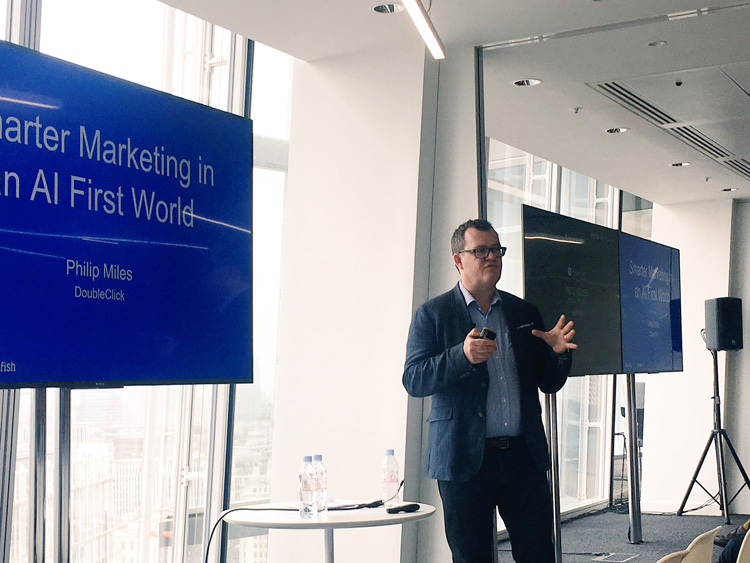 Brands can use Google’s AI cloud services to analyse their CRM data and match it with Google's own database, Philip Miles, director of Google (DoubleClick) who was also speaking at the event said.

"Using machine learning, we can then use that data to find other consumers who look like your existing audiences, and reach them," Miles said.

Try using more than one kind of AI 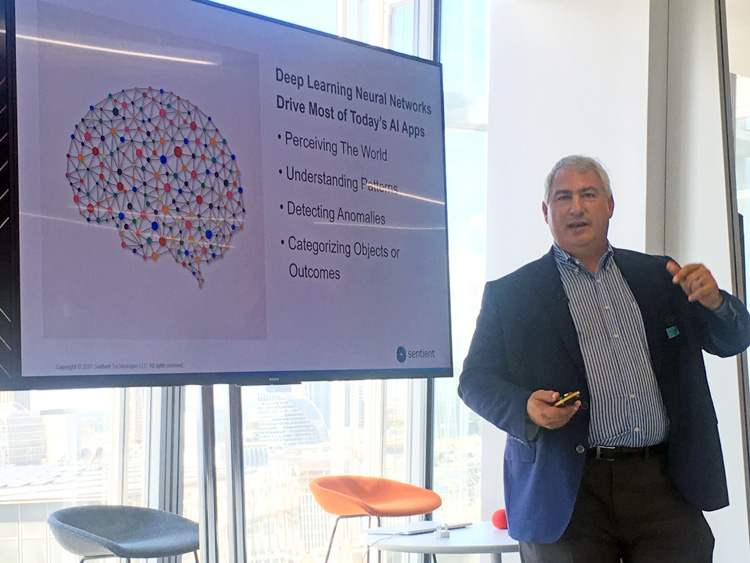 While Deep Neural Networks (multilayered neural nodes modelled after the human brain) like Watson and Deep Mind are getting all the attention, the truth is for most people they are expensive, hard to train and can be hard to adapt, Jonathan Epstein, senior vice-president of Sentient, explained.

Sentient’s AI-powered solution, Ascend, is an alternative that uses evolutionary algorithms to rapidly "test more ideas than you thought possible" to optimise websites, marketing campaigns or anything else you could care to," Epstein said.

Pointing to their work with lingerie brand Cosabella, Epstein showed how testing many but tiny elements on the site led to an increased conversion rate of 38%.

"Thirteen elements, 39 variations, 1.2m possible designs – you’d never AB test this. But with evolutionary algorithms you can solve it in 600 tests and it only takes 15 rounds of 40 tests – each of which takes less traffic than an AB test," Epstein said.

AI and data can keep people hooked for years 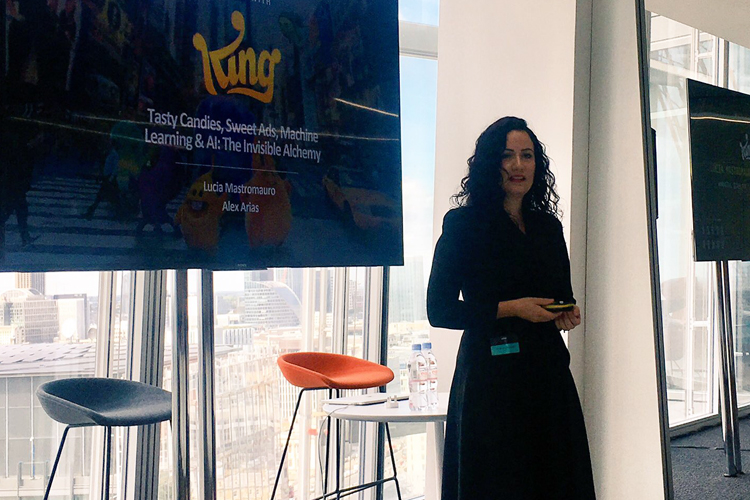 King Games uses machine learning, combined with continuous A/B testing of thousands of features to make real-time decisions about everything from a game's level of difficulty to how best to package promotional upgrades, Lucia Mastromauro managing director of King Games, said.

This is how the games company keeps its 405 million monthly active users (averaged over a 12-month period) hooked on its games which include Candy Crush, Bubble Witch Saga and Farm Heroes. Read the full case study here.

Former Omnicom exec: "A CMO armed with AI can go toe-to-toe with anyone in the board room"

Five things we learnt about Publicis Groupe's plans for Marcel, awards and its employees