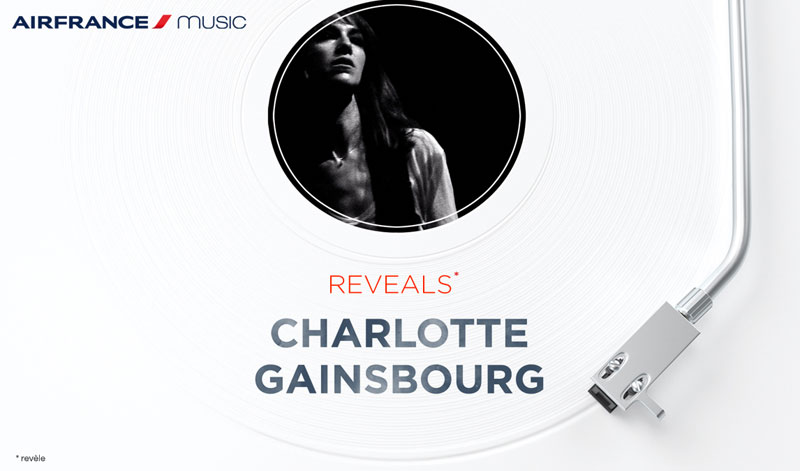 From 21 November, Charlotte Gainsbourg will put a first unreleased track online exclusively on Air France Music’s Facebook page. The fans will be at the heart of the event: one by one, the three other unreleased tracks will be revealed as they interact with the page. Signed albums will also be offered throughout the operation.

On the 7th of December there will be a prize draw and the winner will get to travel to London to spend the "perfect day according to Charlotte Gainsbourg", who has prepared a guide to her favourite spots in the English capital.

As a part of its earlier musical initiatives, Air France Music  invited artists (Alb, Monsieur Monsieur and The Shoes) to compose on a flight from Paris to Tokyo in an A380, and a few months ago its Facebook fans were offered the opportunity to compose an exclusive track by Keren Ann.