Advertising Association research suggests marketing's image is in dire need of a makeover as consumers have fallen out of love with advertising. How can the sector demonstrate its value to society, asks Alan Mitchell

Take a look at this recent quote. 'Advertising is facing a problem. Favourability has evaporated. The public's trust and confidence in (it) has fallen through the floor and the industry has missed a trick by failing to properly renegotiate its deal with the society in which it operates: its (implicit trust) with the public has broken down.'

This is not some pressure group speaking, but Tim Lefroy, chief executive of the Advertising Association. His strongly worded wake-up call, originally written for the RSA Journal last winter, is based on longitudinal research by the Advertising Association, showing a secular decline in favourability, from 50% 'for' and 20% 'against' in 1993 to about 35% 'for' and 25% 'against' in 2012 (see overleaf: Advertising falls out of favour).

If that trend continues, the industry is threatened. As Lefroy points out, media criticism of advertising is mounting, and the number of people wanting more regulation is rising. Advertising isn't alone with this problem. Brands are struggling, too. When Promise, the innovation consultancy, brought brand managers and consumers together in a recent forum, it was surprised by the 'them and us' mentality that emerged.

'There is quite an antagonistic culture. Consumers are ready to assume the worst about brands and have fallen out of love with them,' warns Nick Coates, research director of Promise. 'Brands tell us things like "Impossible is nothing", "Just do it" and "Because you're worth it". But what consumers are experiencing is smaller pack sizes, bankers' bonuses, and weasel-worded small print. It isn't an honest dialogue.'

Further longitudinal research by GfK Roper supports this suggestion. In 2011, only 22% of UK consumers agreed with the statement: 'It's better to buy well-known brands because you can rely on their quality.' That compares with 37% globally, and 50% in BRIC countries. While 54% of UK consumers said they have switched from named to less-expensive brands in the past 12 months, the global figure is 30%. Moreover, only 20% of UK consumers agree that 'owning nice things tells the world I made it'. That compares with 50% in BRIC countries, where the figure is rising fast.

If consumers were ever really 'in love' with brands in the UK, these figures suggest they are not any more. So what's going on?

We can't ignore social context. Bankers' bonuses, MPs' expenses, journalistic ethics - not much has happened recently to build public trust in institutions. Many of advertising's problems, though, are of its own making. Qualitative research conducted by Wendy Gordon for the Advertising Association reveals five main consumer gripes about advertising: bombardment, intrusiveness, poor creativity, irrelevance and condescension.

From the consumer's point of view 'advertising' embraces any time anybody tries to sell them something, notes Gordon. Within this very broad spectrum there's not just one bad apple 'but lots of them'. 'Charity chuggers, midnight cold calls, online tracking, door-drops. It's the sheer volume of stuff people have to deal with,' she says.

Thanks to the internet, attitudes and behaviours are also changing. Lefroy highlights two key factors. One way or another, he says, today's crisis 'can be seen as a function of the revolution in consumer power and media plurality'. Consumers are using new technologies to take more control of the ads they are exposed to (and to pillory the ads they disapprove of). Meanwhile, an ongoing media revolution is making advertising ever-more 'ubiquitous'.

'The commercial world's relationship with its customers changed,' adds Lefroy. 'Advertising needs to strike a new deal with the society it serves.'

So what should this new deal look like? There isn't a magic bullet. The industry needs to demonstrate social responsibility 'moving the bar up if it gets out of kilter', says Lefroy.

That's easy to say but hard to do in a world with wildly different views on what social responsibility looks like. The industry needs evidence-based debate, which is why Credos, the advertising research body was established. It needs to find a way of addressing its own internal 'tragedy of the commons' dynamic: every brand wants to gain consumers' attention, but when every brand tries to do this, the net effect is the bombardment consumers complaint about. So, says Lefroy, the industry needs to raise awareness of the 'raft of tools that put people in control over the advertising they receive'.

Ultimately, though, advertising has to provide a positive answer to a basic question: what is its value? At one level, it delivers plenty. As Lefroy points out, it lubricates economic growth, bringing new products and services to people's attention, it drives competition (thereby also driving down prices). It also subsidises the media and most services on the internet. A pretty impressive list.

The trouble is, these benefits are hard to quantify, which is why the Advertising Association is commissioning research to nail them. Whatever the answer, it's only partial, however. James Best, chairman of Credos, sums it up when he notes that 'most IPA Advertising Effectiveness Awards are for advertising that benefits its clients, not its consumers'.

So what benefits do consumers experience from advertising? Clearly, it's often perceived as disservice rather than a service: bombarding, intruding, patronising, boring, deceiving, encouraging consumers to consume things that harm them, rather than benefit them, and so on.

What about the upside then? The classic upside is creativity. 'Creativity is the x-factor in the bargain between advertising and consumers,' contends Lefroy. Entertain, and your selling will be forgiven. Be brilliant, and you can go viral. The UK tops the creative league tables in the public space - the trick is to make that work in the personal. (George Bernard) Shaw said "Sorry to write you a long letter. I haven't time to write you a short one."

The trick in digital will be creating ads that are valuable bullets of inspiration for the people we want to reach.' Tess Alps, chief executive of commercial TV body Thinkbox, agrees: 'Liking is the single biggest predictor of success. And liking and favourability are linked.'

Creativity alone, though, doesn't address those two key drivers of 'consumer empowerment and media plurality'. The danger of judging advertising effectiveness solely from the advertiser's point of view is that it obscures a simple but important fact: advertising is a product like any other. It has no special dispensation to ignore the discipline that every other product has to live or die by: whether it meets the consumer's needs better than the competition.

In advertising's case, the primary consumer need is to make a purchasing decision and it's here that the world is changing. 'Perhaps ads are less useful than they once were,' ponders Karen Fraser, director of Credos. 'Nowadays we've got so many other avenues to find information about products - we can search, compare, contrast, ask friends and peers - I find it difficult to believe that advertising's role is not somewhat reduced.' Thus, according to GfK Roper UK, consumers are spending more time researching purchases than ever before - the proportion of consumers doing so was up from 51% in 2007 to 64% in 2011.

That's the big shift. It's simple. It's obvious. It's important. Advertising has a slew of new competitors. When it comes to making purchasing decisions, there are many other places consumers can now go for information they find more useful, more trustworthy and easier to use.

There are many ways advertising can flourish as a consumer service. It can educate and inform people about new possibilities and options. It can alert and remind them about fresh opportunities, including new products and bargains. It can amuse and entertain. It can inspire with new ideas and ways of looking at things. In addition, it can do all these things creatively - and increasingly, in personalised, relevant ways, at every stage of the purchasing journey.

Until 'effectiveness' from the consumer's point of view makes it to the top of the advertiser agenda, though, advertising will continue to face a problem.

Alan Mitchell is a respected author and a founder of Ctrl-Shift and Mydex.

ADVERTISING: A JOB FOR CLOWNS?

As consumers' mindset has changed, so must advertisers' 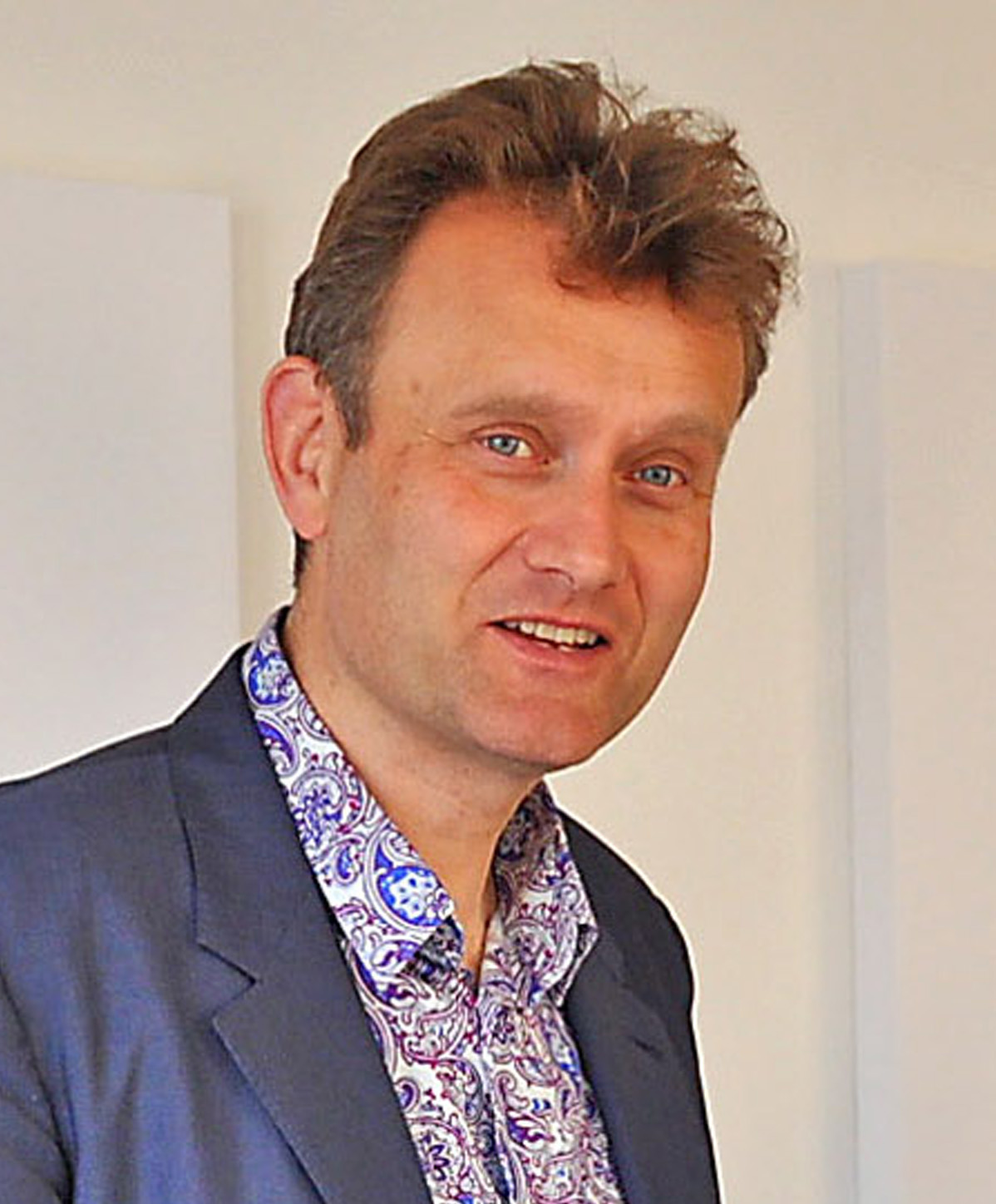 So the world is changing and advertising must change with it. The message isn't new, is it? It pre-dates instant messaging, blogging, and social networking, a pre-condition to successful advertising that was doubtless known to those who put up barbers' poles, and pawnbrokers' orbs, or even to entrepreneurial cave-painters.

The relevance of the way it is delivered has been challenged by the advent of newspapers, radio, posters, and television. Learning how to appeal to the internet generation is no different. Advertising should, by its very nature, be in a constant state of flux. An advertising pioneer once said that nobody buys from clowns; a few years later, along came Ronald McDonald. A few years after that, out went Ronald McDonald.

Let's look at the positives. Advertising adds to the colour and the landscape of the modern age. It can be compelling, boring, funny...

in fact, it can pretty much drag out of us any human emotion imaginable.

Is advertising loved? Sometimes. Hated? I'm sure. Ignored? Not yet. But it should be more than a glorified comparison website.

It is all well and good to talk about the ability of consumers to read a blog, or about the user experience from some strangers, but what has been the stimulus to discover more, to want more, to have had the appetite whetted in the first place?

Advertising has always been about ideas. The good advertising, anyway.

Reaching people at an emotional level through communication is the thing that gets the desire to act out of people, rather than just thinking about something (at best).

This doesn't just apply to advertising. The best teachers at school are those that ignite the imagination. The dull, fact-pedlars have trouble getting any other action than a drift toward sleep.

Advertising is going to be with us for some time to come and find new ways to interrupt, challenge, move, inspire and even annoy.

Read, comment on or join the discussion at Alan Mitchell's blog, Reinventing Marketing

Let's continue the debate - visit my blog at marketingmagazine.co.uk/reinventingmarketing

- Multichannel: the danger within

Make or break time for the market research industry

From 1930s 'Brand Man' to today: the evolution of the brand manager

Departing AA chair McGuinness: 'We may be on the brink of a real renaissance'