Creature is fast making a name for itself in theatre. This is what differentiates the agency from its rivals in adland, Dan Shute and Ed Warren tell James Swift.

Pity Dan Shute’s mother. She never understood her son’s job when he was an account executive and had just got used to telling friends that he now ran his own ad agency.

But after being taken to see Alice’s Adventures Underground, the immersive-theatre show for which Creature were associate, she’s back to square one.

"Now she doesn’t have a fucking clue what we do," Shute, Creature’s managing partner, says one morning while nursing a hangover with a Dishoom bacon naan.

In fairness to Mrs Shute, news of Creature’s involvement with a production that has been described as a cross between an art installation and a play was hard to process, even for Campaign. 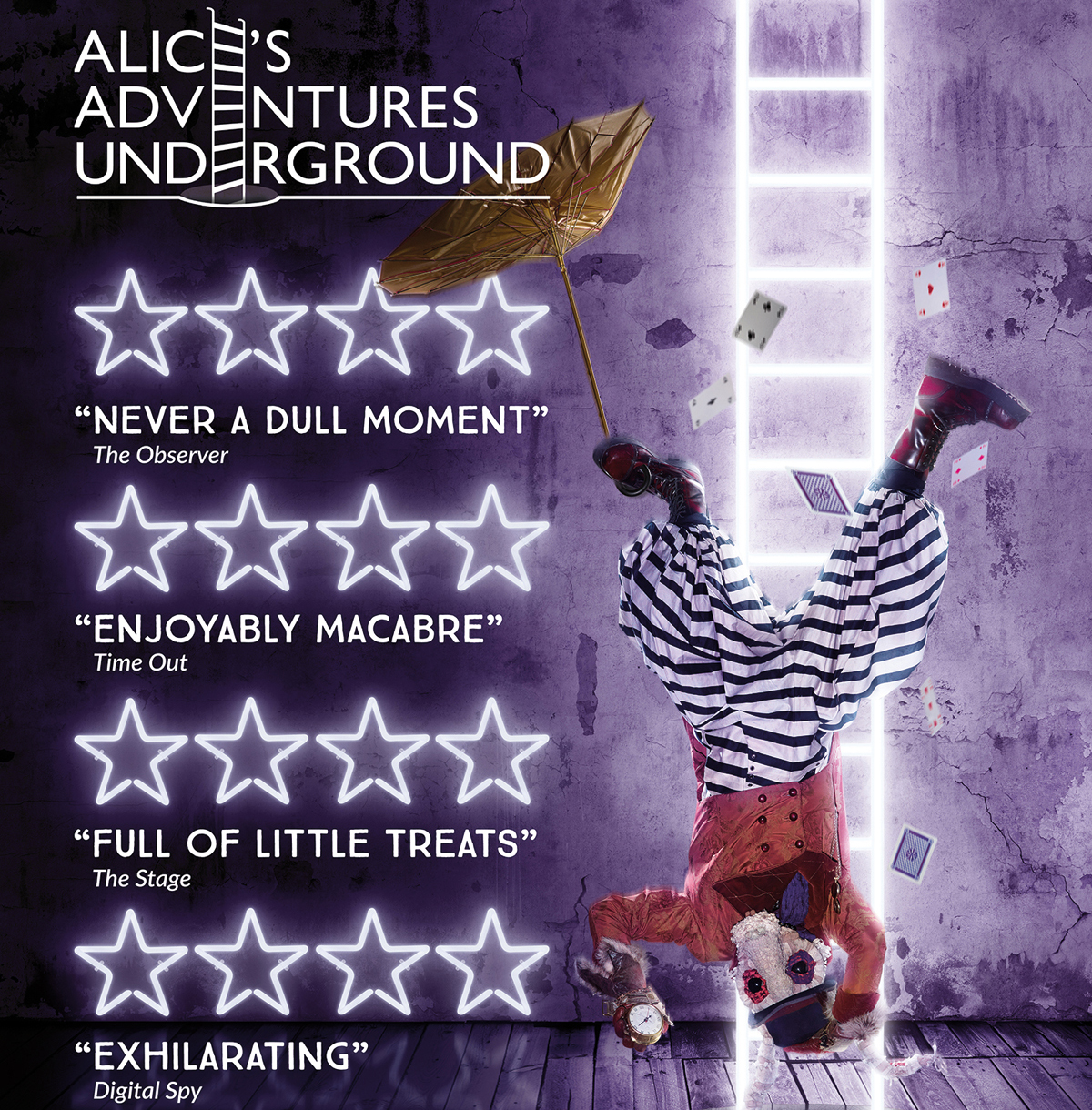 To begin with, Creature’s reputation is as "the start-up TV agency". It makes traditional TV spots and posters for brands such as Carling and Tetley: nice but hardly cutting edge.

Second, while many agencies take on projects outside of client work, it’s rare for them to make an impact – or money. Alice’s Adventures Underground has done both.

The show, housed in The Vaults underneath Waterloo station, walks the audience through Lewis Carroll’s Alice’s Adventures In Wonderland. At several junctures, the audience is split, and each sub-group experiences the rest of the show differently. It is as much a feat of stage management as it is storytelling.

The reviews have been only a little shy of outstanding; four stars out of five seems to be the average. Among the three-star ratings were reviews from press night, when Southwark Council cut the power, delaying the show by an hour.

Alice’s Adventures Underground was initially planned to run for eight weeks but, with every show almost sold out, its life has been extended to 21 weeks.

So why did Creature’s partners decide to put on a show?

"From the beginning, we said we wanted to be crea­tively prolific," Ed Warren, another of Creature’s four partners, says. "And that, if we call ourselves a creative company, we should not just be waiting for people to come to us with problems – we must make stuff ourselves."

"We didn’t just want to do advertising," Shute adds. "That’s not to slag off advertising; we love it. We just thought there were better ways of making stuff." 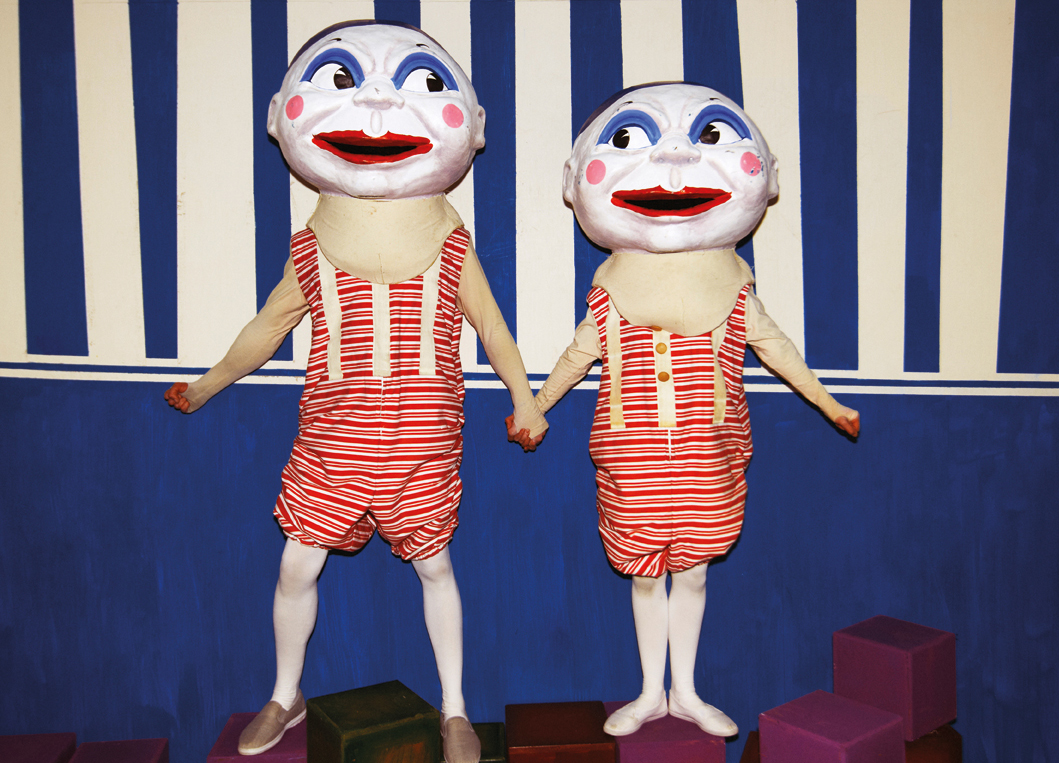 There’s a hackneyed phrase about overnight successes taking a long time, and it fits nicely with Creature and Alice’s Adventures Underground. For this is by no means the agency’s first stab at theatre.

In 2011, when Creature launched in London, its founders co-produced a staging of The Hairy Ape, a play by Eugene O’Neill, and took it to the Edinburgh Festival Fringe. The following year, they wrote, directed and produced a musical called The Church Of Now That’s What I Call Music 23, which comprised choral interpretations of songs from that album.

No, really. "We unilaterally declared it to be the best album of all time," Shute explains. "So we made a musical about it." 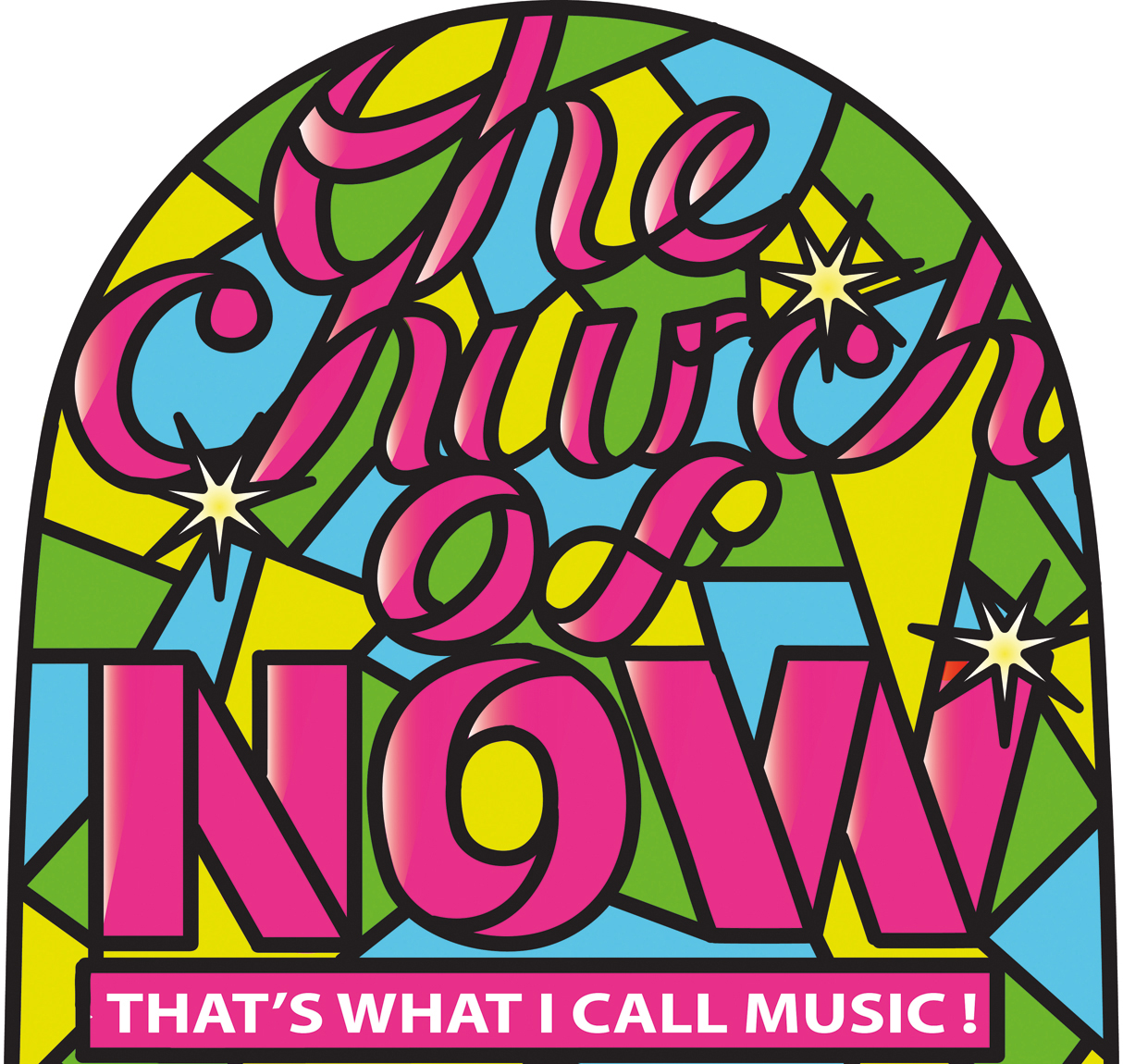 The Church Of Now That’s What I Call Music 23: reinterpreted pop songs

The Hairy Ape broke even for Creature; The Church Of Now That’s What I Call Music 23 did not.

"It’s a stepping-stone approach," Warren says. "We try something small and learn from that, and then we try it slightly bigger and, again, learn from that. And we just keep going." 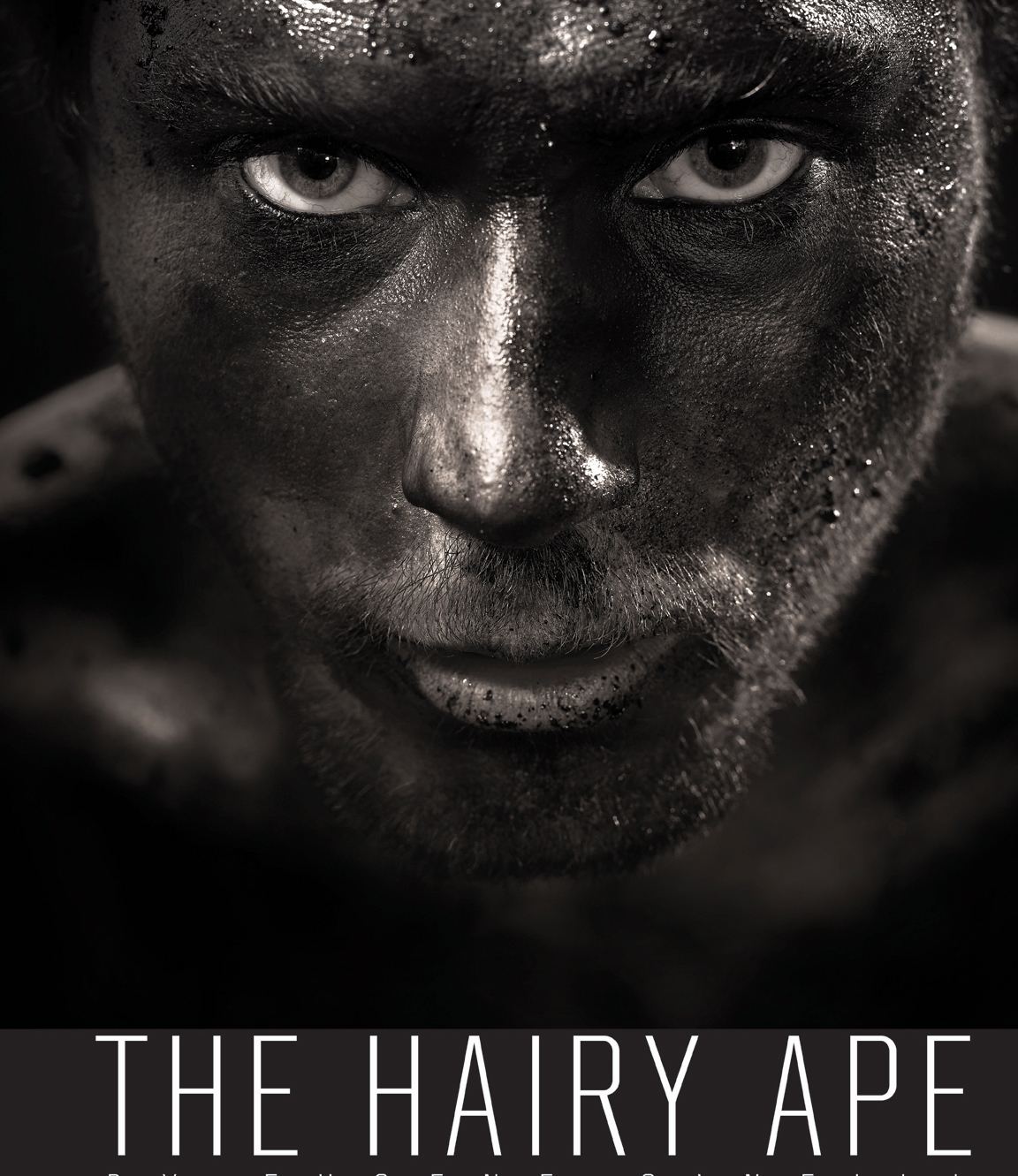 To ensure the agency stayed true to its vision, Creature hired Robert Hughes as a cultural liaison at a time when most other agencies would have considered taking taxis to meetings a luxury.

"Rob’s role was a massive investment and it was us sticking to what our agency wanted to be before we had the time or money to justify it. It was mental," Shute says.

It was through Hughes’ connections that Creature met Les Enfants Terribles, the theatre company that wrote and directed Alice’s Adventures Underground, about four years ago. 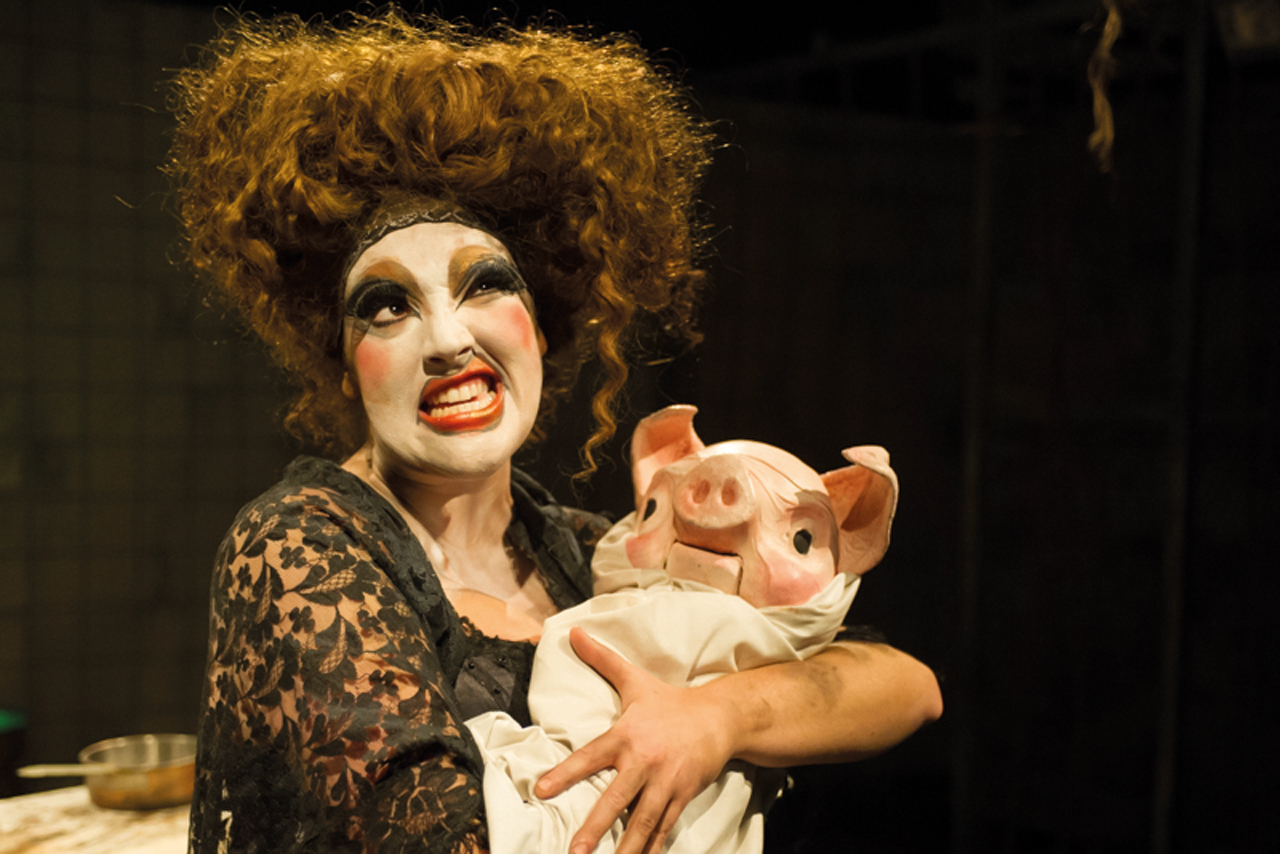 "We met through a mutual friend, who knew we wanted to do an immersive show," James Seager, a director and co-founder of Les Enfants Terribles, says.

"We’d been to a lot of immersive events and there was a lot of good stuff out there, but we thought the storytelling was missing."

Was there any trepidation about partnering with an ad agency? "No. Probably because we got on really well and understood each other’s vision," Seager says. "Maybe going to another ad agency would have caused trepidation. But we knew they had done it before so they had credibility, and they seemed like the ideal partner.

"Creature knew we were the driving force in creating and directing the show, but we needed someone else to take it to the next level. They were the outside influence saying: ‘What about this, or this?’"

Initially, Warren notes, Creature only put a very small team on the production.

"But once it became a live project, there was a team working on generating investment. And then once we got to making assets, it was treated like a small client. If it becomes something that you just do weekends and evenings, you aren’t taking it seriously enough," he adds. 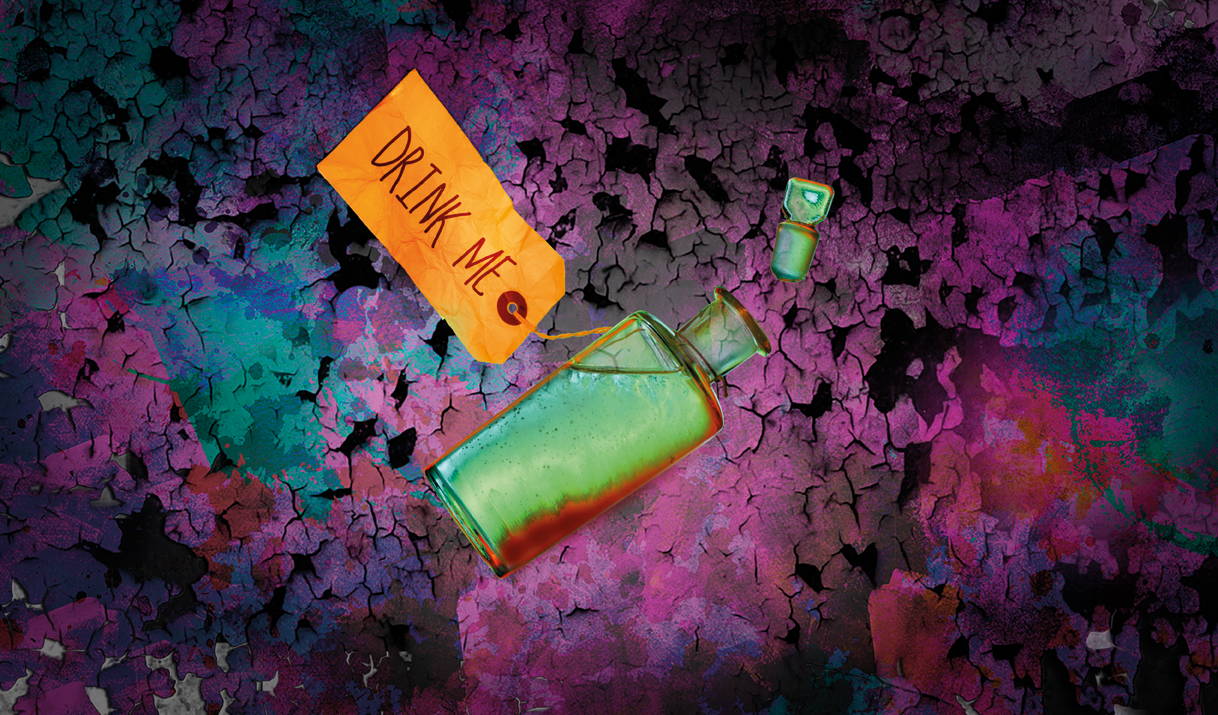 Shute says Creature will see its first share of the profit from Alice’s Adventures Underground (as associate producers and investors, the agency gets two cuts) in August. That’s two-and-a-half years after beginning the project in earnest. "That’s one thing that’s better about advertising," Shute says. "You can make money before you’ve even made anything."

But money and scratching a creative itch are not the only reasons for Creature’s forays into culture.

"It’s a virtuous circle," Warren explains. "It opens [clients’] eyes to stuff you can do for them but aren’t already doing. It’s proof of concept that we can do projects that aren’t ads that can be commercially successful."

"Alice is the first big step in a new world," Shute stresses. "But it’s also a vindication that it’s possible to be an ad agency and a creative company at the same time. And, more than that, it’s an exciting calling card for us.

"The first two years of Creature were the hardest two years of our lives. Now it’s becoming a toy box. But it has to keep succeeding, otherwise it’s not a business, it’s a hobby."

So what’s the next project? Shute says the team is putting on a music festival in Scarborough in August 2016.

"We like to make it hard for ourselves," he admits. "If you were to ask business people the best way to make money, then I’m sure festivals would be near the bottom of the list. But, if we hit our figures, we will break even next year and then we can look to make money the following year." 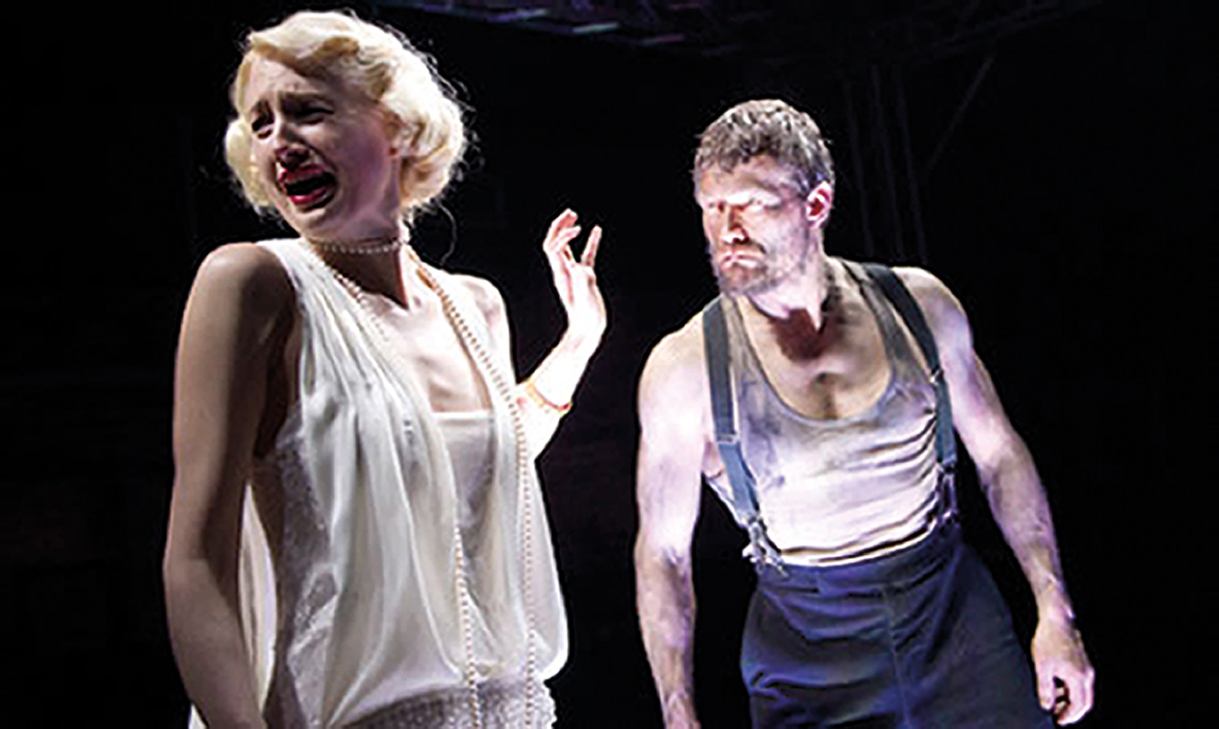 A strategist and an account handler who work on the Tetley and Carling business are currently helping to organise the Scarborough Fair project. It reminds Shute of a game that Kevin Donnelly, an account man at his old agency, DLKW Lowe, used to play with – or, rather, on – junior account handlers.

"He used to play a game – a mean game, really – called ‘Challenge Executive’. Every so often, he would approach an account executive and ask them to do something ridiculous, like find tickets for the Chelsea Flower Show at the last minute," Shute recalls. "Well, Creature is turning into a big game of that."