Aviva's chief marketing officer Amanda Mackenzie is poised to embark on a two-year secondment to lead a new global education programme. Here she is honoured as the UK's top marketing leader. This article was first published by Marketing in December 2014' 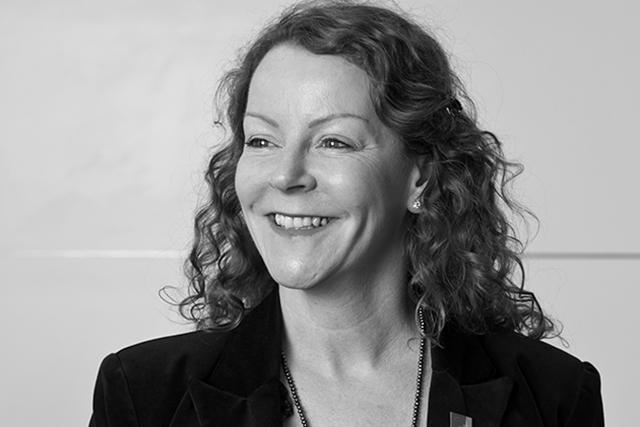 What an absolute pleasure and a privilege it is to write about Amanda Mackenzie. It’s also quite a responsibility, so, anxious to make sure I did her justice, I asked for views from across the industry.

Turns out everyone else thinks she’s amazing, too, which was a relief. The tributes came flooding in; from her colleagues at Aviva, from her agency partners, from the industry groups where she has volunteered selflessly. I’ll start with her success at Aviva.

Consultancy Brand Finance recently published a list showing that Aviva’s brand value rose by £119m between 2012 and 2013, and is up by a further £130m this year. Aviva’s total brand value is £1.29bn and it remains the UK’s only billion-pound insurance brand. Amanda joined the business at a time when the 300-year-old Norwich Union brand was being replaced by Aviva – a new one that was even bigger and better. The lasting success of that is an immense achievement.

In the past year, Amanda has led the development of a global customer strategy at Aviva, establishing customer-experience boards in every market for the first time. Under her leadership, a dash­board of brand and customer metrics has not only been established but is also regularly reviewed as a matter of course.

As a very commercial marketer, she has been an important role model, demonstrating that marketing is about the customer, and, as such, she has changed the entire nature of the conversa­tion about customers at Aviva.

But Amanda’s value to the marketing industry extends beyond her achievements at Aviva, and before that at Air Miles, BT, British Gas and the other major brands she nurtured. She generously takes the responsibility to step up and play a wider role in the industry, too.

She chaired and helped pioneer Front Foot at the Advertising Association, the industry network dedicated to maintaining public trust and confidence in advertising. She was also president of The Marketing Society for two very successful years in 2012 and 2013, where she led two important initiatives.

The first was its ‘Manifesto for Marketing’, which re-defined the society’s definition of the discipline to encourage marketers to make sustainable growth their central aim. The second, the ‘Marketing for Good’ initiative, pairs marketers with charities or causes that are looking for professional help with their marketing.

More than 100 members of The Marketing Society volunteered, and it is steadily building up a series of success stories where the involvement of marketers has had a positive influence and been able to make a genuine difference to a charity.

It is hardly surprising that Amanda was awarded an OBE in the 2014 New Year’s Honours List for services to marketing. I can think of few who deserve one more. But beyond marketing, Amanda is also a major influence. There are important personal issues that she champions.

She was the first woman to join Aviva’s Group Executive and her remit covers public policy, corporate responsi­bility and corporate communications as well as marketing. She has used this platform to take the agenda of women on boards (she was on the steering group for the Davies Review) to the highest levels in Davos, Brussels and New York, while giving visibility to the marketing industry at the same time.

She has been a sponsor of diversity throughout her time at Aviva and a big champion of Aviva Pride. Of the people listed in the recent FT ‘OUTstanding in Business’ LGBT list, 24% were women, and two among these were from Aviva (one was another fine WACL marketer and chair of Stonewall, Jan Gooding).

Amanda has been on the board of the National Youth Orchestra for seven years, and, as a fellow member of WACL, will always step up to the plate by speaking at Gather, our industry event for up-and-coming women in the industry, and by sending along lots of her own people.

She is an engaging, inspiring speaker and a vital role model for women in the industry. However, above all her achievements, board-memberships and presidencies is the fact that Amanda is simply a brilliant person. She is energetic, talented and works incredibly hard.

The people in her teams love working for her because, while she takes marketing very seriously, she is prepared to laugh along the way. She leads with principles and professionalism in her day job and goes the extra mile outside work by championing the industries and causes she believes in. She makes things happen and she makes a difference.

She even runs marathons, for God’s sake. In a nutshell, Amanda is a jewel in the industry’s crown. Few can match her passion, integrity, success and influence. She is a mentor for marketers, for women and for anyone who wants a successful career. Frankly, I wish she’d take her foot off the gas a bit – she’s making the rest of us look bad.

How marketing fits into the bigger picture of brand fame