Droga5 London spot "Ironing' steamed ahead of the competition

Droga5 London’s ‘Ironing’ for Amazon Alexa sent the everyday crashing into the epic in an ad that has been voted by the Thinkbox Academy to be the best that debuted in September and October.

Filming in Prague just before lockdown and having to transfer to remote post-production brought challenges, but the end result - a spot on an epic scale - brought some relief to audiences hungry to see something other than zoom-captured advertising,” says executive creative director Shelley Smoler.

In the ad, a pair of elvish warriors are seemingly repeatedly commanded to re-enact a death scene by a chap doing his ironing. The reveal - that the ironer is watching the death scene in a film - playfully brings to life the message that Alexa unlocks the world around us, in ways other hands-on tech would not be able to do. The comedy, notes Smoler, also proved “a welcome relief from the more emotive-driven campaigns that ran over the summer.”

Epic demanded TV. As did forging an emotional connection with the audience. And the client needed no persuading. TV ads are Amazon’s global chief creative officer Simon Morris’s “creative keystone” - he always thinks in terms of moving pictures. “There is nothing,” he says, “like the majesty and impact of TV advertising.“

His favourite element of the ad? “I love the reveal. There’s a rich intrigue in the opening scene. It makes the viewer think this is a bona fide feature movie or perhaps a new premium TV series, and then we flip to the living room reveal. It’s engaging for the viewer and not a straight hard see out of the gate.”

Copywriter Jonathan Thake had landed on the idea early on. He describes it, somewhat humbly, as “a stretched analogy that most people would have gotten to sooner or later.”

But his work hit the spot with chief creative officer David Kolbusz - and for more than one reason. “I am guilty of losing focus and watching the same scene over and over and over again,” Kolbusz admits, “so I can particularly relate to the plight of the protagonist in our Ironing film. In the way that Alexa caters to your every need, this campaign seems crafted specifically for me.”

Harder than coming up with the original conceit was deciding what film scene to interrupt. “Interrupting someone while they're dying and asking them to do it again gives your scene a lot of dramatic heft,” Thake explains. ”Then if you set it in the world of elves and armies and castles, you've got scale. And then we were off and running.” 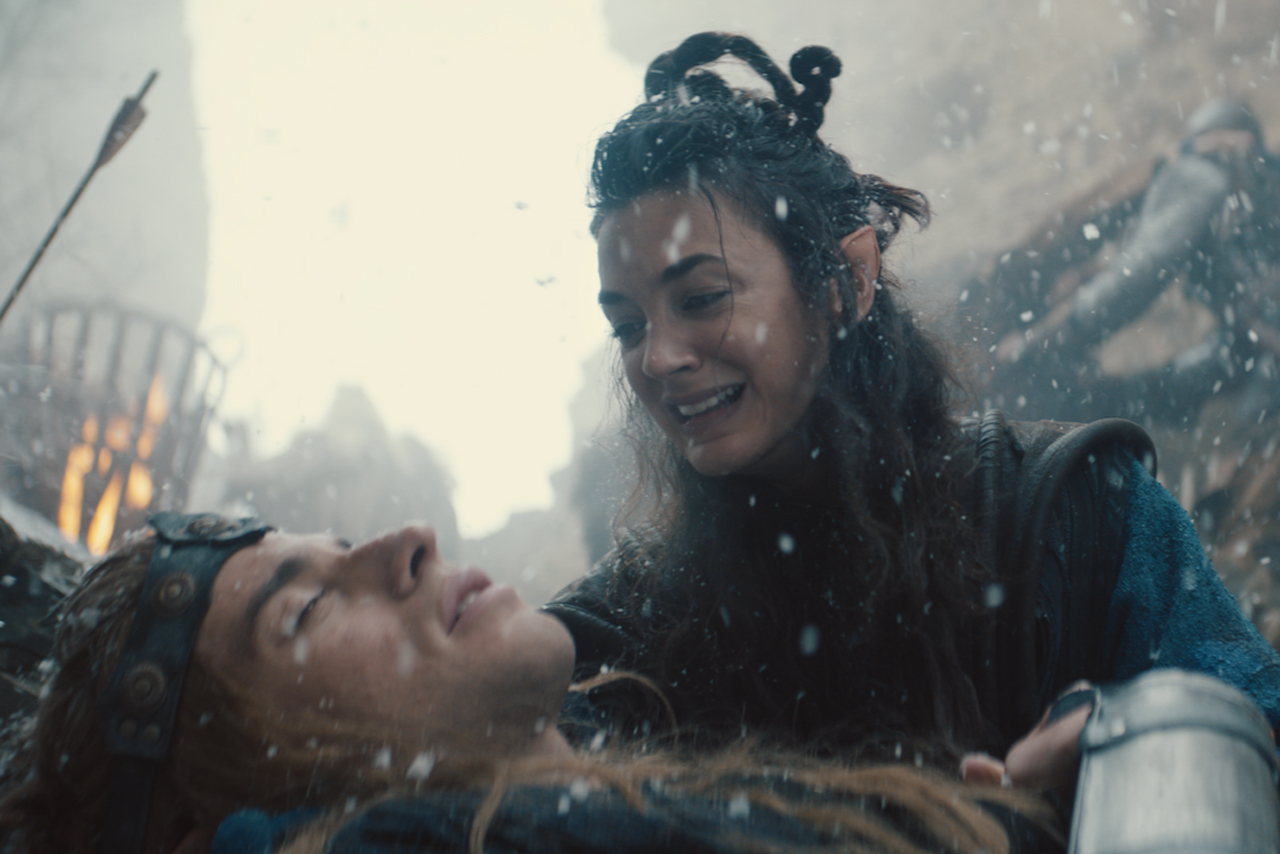 From there, “we wrote hundreds of lines: shorter lines, longer lines, more emotional lines, more comedic lines, lines in different languages... so very many lines,” Smoler continues. “We also learned that a pair of elf warriors look very different in different peoples’ minds and there is no standard go-to. It was a lot of fun creating the looks for our characters, and the backstory for the couple and rival armies.”

Post-production was also a lengthy process “trying to put all of the plates together to create the opening epic battle scenes,” she says. “We applied several rounds of destruction and reconstruction to the castle before settling on the right balance, and many discussions were had on what the appropriate volume of burning boulders were to get through clearance.”

Director Andreas Nilsson via Biscuit Filmworks was chosen for several reasons, not least his work’s epic visual aesthetic and their “slightly dark yet playful” quality, Smoler notes. "He is also Swedish, so a sense of humour comes standard and he is extremely collaborative and fun to work with.”

Getting an idea from script to screen requires new considerations since March 2020. But the trick, says Smoler is this: “First, have one. Then, protect it with every fibre of your being.” Global pandemic or not.

Second place in the Sept-Oct Thinkboxes award went to 'The Gift' for McDonald's by Leo Burnett London and third to 'Forever Forwards' for Lloyds Bank by Adam & Eve/DDB.

Also shortlisted were 'Care Wildly' for Bloom & Wild by Other and 'You & Me' for O2 by VCCP.