Experiences include VR challenge that allows fans to practise skills alongside Andy Murray.

American Express will be hosting a range of fan experiences at Wimbledon, along with a members' lounge and other cardholder benefits.

The fan experience space will be open during 1-14 July in partnership with the All England Lawn Tennis and Croquet Club. It has been designed around the theme of "tennis in an English garden".

There will be a virtual-reality challenge called Champion’s Rally, in which fans can practise their tennis skills alongside brand ambassador Andy Murray, who is returning to tennis today at Queen's Club after a long absence from injury.

In the game, players will aim to hit five targets, with their speed and accuracy measured. The difficulty of the game increases as players progress and they receive a score at the end.

Murray said: "I’m excited to be working with American Express ahead of my return to the tour. I had good fun working on Champion’s Rally and I’m looking forward to seeing everyone have a go on Centre Court – so long as they don’t beat my score." 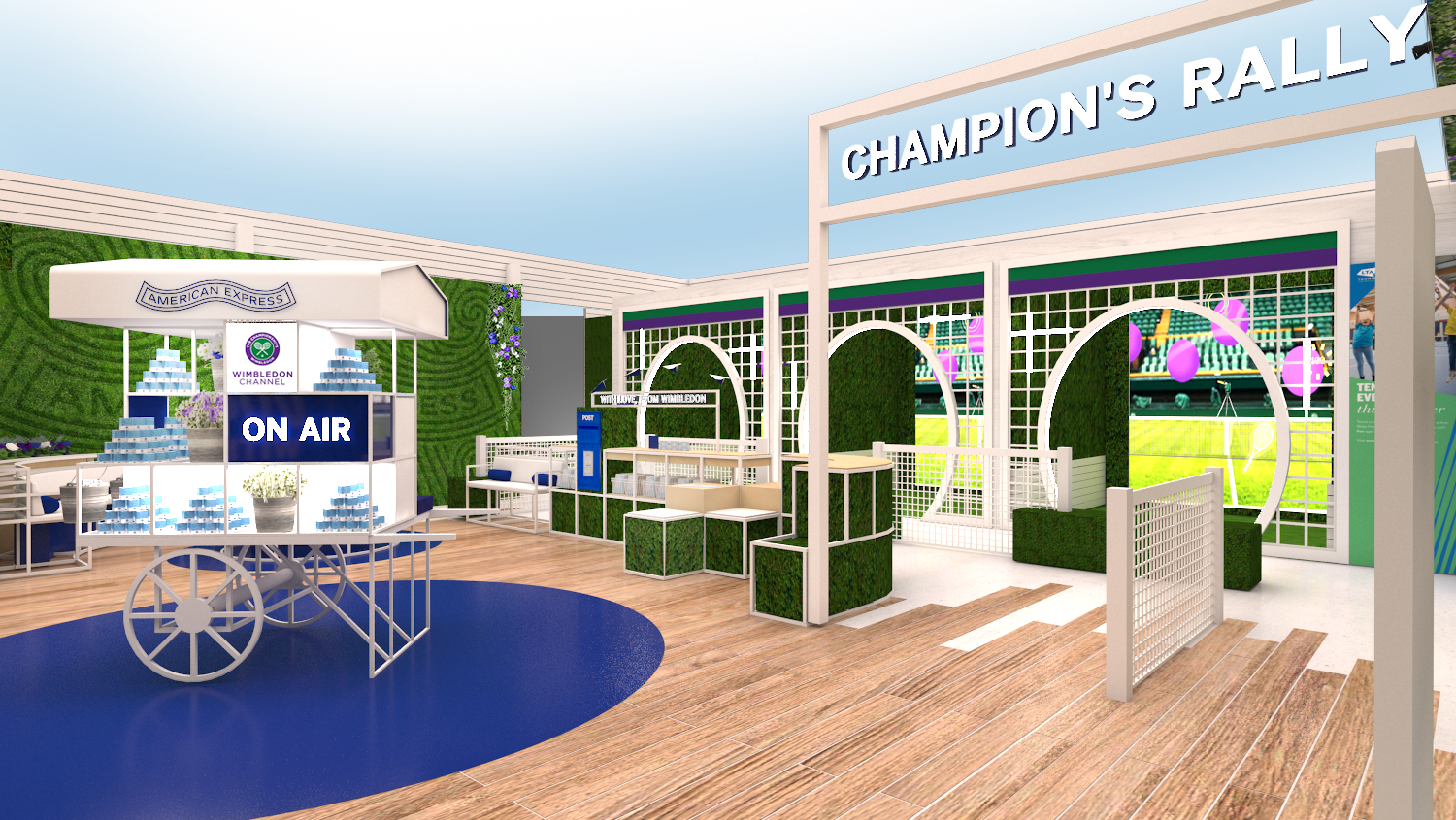 The fan space will also have a bespoke seating area, hammocks, phone-charging points and a postal service so that visitors can post custom postcards to their friends.

Customers of American Express will have benefits including access to a members' lounge and in-ear radios featuring a live broadcast of Centre Court. In the lounge, an exclusive Lanson cocktail called The SW19 will be available, along with the new Lanson Gold Label Vintage 2009.

American Express will also be running a campaign comprising out-of-home, TV and social activity. The creative champions the unsung heroes of the tournament with the strapline: "Don’t Wimbledon without it."

Deborah Curtis, vice-president of global experiences and partnerships at American Express, said: "Our partnership with Wimbledon is an important example of how we’re backing customers and tennis fans around the globe with unique experiences and benefits."

Momentum Worldwide is delivering the fan experience and members' lounge. Digitas, Mcgarrybowen and UM have all worked on the campaign.