NGO will shift focus of messaging from raising awareness of human-rights abuses to championing positive action.

Amnesty International’s approach to challenging human-rights abuses has always relied heavily on shaming political leaders into changing course. But recently, the efficacy of this strategy has been thrown into question.

"This idea of name and shame – you’ll literally find it in textbooks about human rights," Amnesty’s Thomas Coombes tells Campaign. "The mobilisation of shame and the pressure of public opinion will [in theory] force governments to do the right thing."

But from around 2016, a new breed of political leader came on to the scene. There wasn’t just Donald Trump, but the Philippines' Rodrigo Duterte and Brazil’s Jair Bolsonaro, among others. Coombes says: "And I suddenly realised: how do you name and shame when leaders are shameless?

"What is acceptable and common sense was shifting away from us. We started looking at framing a narrative and realised we were playing into the hands of populists quite a lot, and feeding that sense of crisis and lack of confidence that was really helping them."

Until last month, Coombes was head of brand and deputy director of communications, but he has now gone on sabbatical; he will continue to work with the charity, alongside other organisations, as a consultant. The move coincides with Coombes relocating from London to Berlin – a decision partly prompted by the experience of his Dutch wife since the Brexit vote. 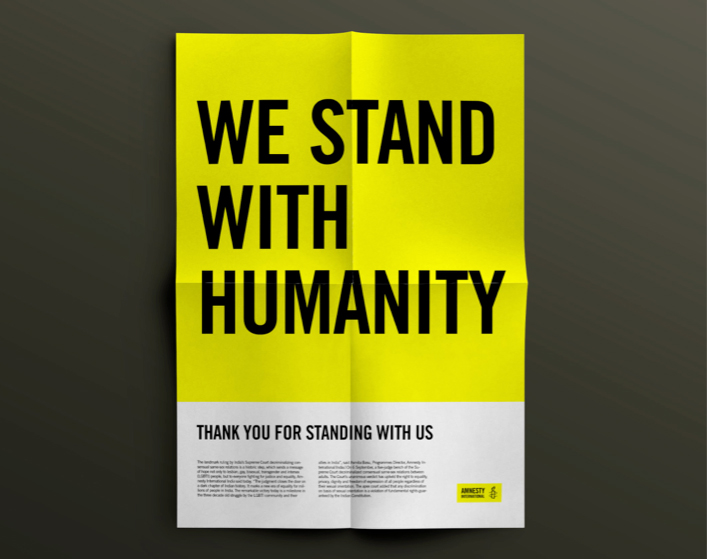 More about the human than the rights

When he started to reckon with the challenge faced by Amnesty, Coombes set it the task of "making human rights popular… not just taking for granted that people back us, but laying that groundwork". To assist the process, he recruited Blue State (formerly Blue State Digital), which worked on both of Barack Obama’s presidential election campaigns, as well as with clients such as Hope Not Hate, Lloyds Banking Group and Google.

The most obvious change will be a move away from negative messaging, such as the use of the phrase "not a criminal" to talk about people who are unjustly persecuted. While this states what Amnnesty believes, it can be counterproductive, according to Coombes: "We’re always saying what we’re against – but it means people associate human rights with something for criminals." In the past, he says, it has often failed to "make the case for what we want – we don’t say why journalists are not criminals", for example.

To change this, the big idea is to make Amnesty’s communications "more about the humans than the rights". When speaking to the public, Coombes says, the job is to get people to see themselves as human first, rather than as a member of an identity group such as their nationality. He wants to talk about rights as something that people do, rather than as a legal object that can be given or taken away.

Coombes also wants to rethink the shocking, urgent messages Amnesty is famous for. "What we get from neuroscience is that we’re trying to trigger a pain response, which most people reject," he continues. "I’m not saying we never shock people. We need a sense of urgency, but urgency doesn’t come when something bad’s happening, because that’s all the time. Urgency is when something bad’s happening and we have this great solution that’s not being used. Above all, we want to get away from saying that bad things are happening without that context of what we can do about it."

That means the brand needs to be able to talk about solutions as much as problems. The case for this is illustrated vividly by the current situation on the US-Mexican border, where the Trump administration has been accused of operating what are in effect concentration camps. "Donald Trump uses very dehumanising language," Coombes says. "He calls people coming from Latin America animals, then he puts them in cages. Our primary job is to expose what he’s doing. But when we put forward those images of people in cages, that’s when you usually see animals.

"We need to show people that suffering, but what we also need to do is show the alternative behaviours. For every time we tell the story of the migrant in the cage, we need to tell the story of the person coming from another country that’s building a great life and the American that welcomes them." This approach also means being much more willing to celebrate politicians who do the right thing, Coombes adds: "We need to be effusive in our praise of politicians who show humanity, so they can get the limelight and the attention just as much as the bad guys." 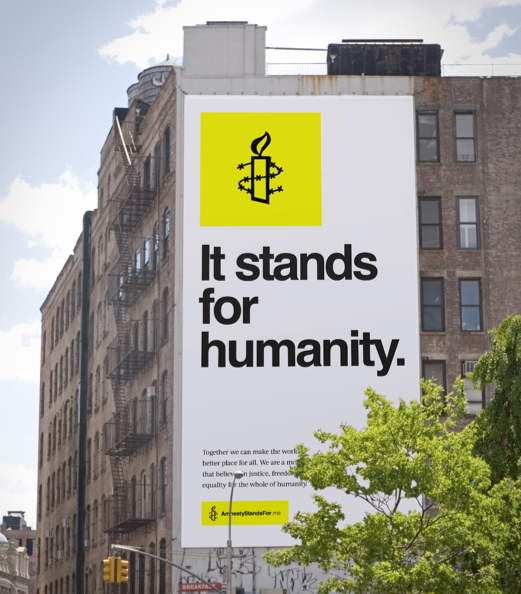 Because the strategy involves championing the positive action taken by Amnesty members and other ordinary people, as well as politicians, it was necessary for the brand overhaul process to be led by Amnesty’s national offices, which are closer to campaigns on the ground. This means it has been a gradual "bottom up" process that is not about creating a positioning captured in a tagline, but a "playbook" of ideas that can be used in a variety of ways. In terms of media strategy, the idea is to make greater use of members’ own social channels, alongside more traditional centralised media and communicatins.

Coombes says he chose Blue State because there were few agencies really able to offer what Amnesty needed. "Most of them come by a desire to do good, but also a desire for Cannes Lions," he says. "They do beautiful ads, but ads based on what they think NGOs and charities are trying to say, which is usually the fear and the anger." One agency, he says, told him that "people don’t want hope from Amnesty".

Instead, Coombes is taking inspiration from a number of brands, both non-profit and commercial. He sees the campaigns in his native Ireland for abortion rights and equal marriage as examples of good practice. "It wasn’t rational arguments, it was emotional campaigns that reached men and older men in particular, and didn’t force them to believe they were wrong," he says. "It was compassion and wanting to make Ireland a modern, caring country."

He also mentions Charity: Water as one organisation pioneering the kind of approach he wants Amnesty to adopt.

And he was impressed by the approach in "Dream crazy", the Nike ad featuring Colin Kaepernick, which he describes as "just subverting, not even engaging, with the existing image, but presenting a completely different image of how things can be".

The same goes for Gillette’s "The best a man can be", which received a mixed reaction when it launched in January. "I don’t know if that particular ad was well-executed," he says, "but the basic thing it was doing was showing the world as they want to see it. That’s a very good example of using creativity and imagination to make the case for a certain way of behaving."

Samir Patel, chief innovation strategist at Blue State, agrees that purpose-led marketing like this from commercial brands is only a good thing for charities. "The fact they are doing things that are more values-driven in some ways is great, because they’re essentially taking on the top of the funnel for causes. Hopefully, what happens next is they can steer people to get more involved with organisations like Amnesty." 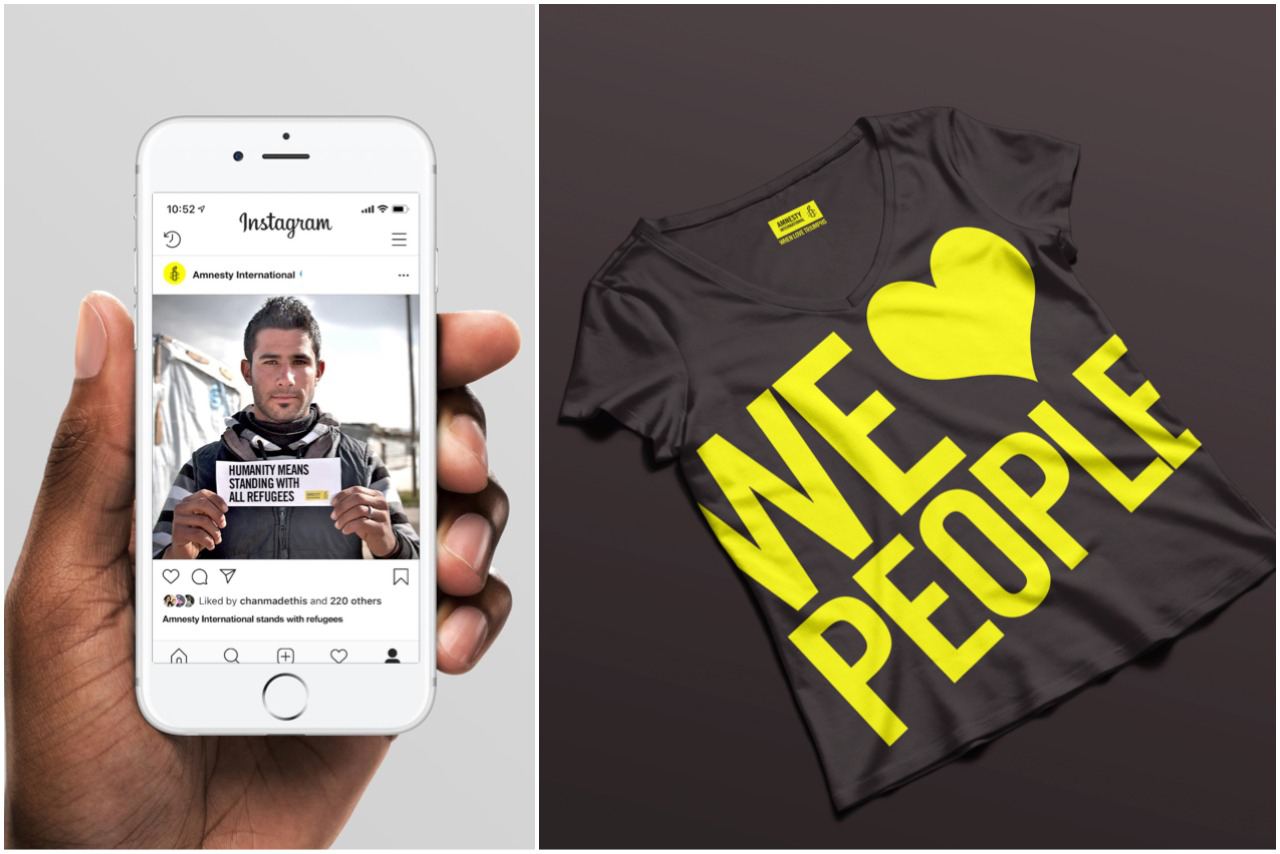