Natasha Stark, the newly appointed director at DMCG Global Amsterdam, reveals the ins and outs of why the Netherlands' capital city has become a hotbed of creative talent.

The creative recruitment agency network, DMCG Global - the partnership between Daniel Marks and MCG&Co - has recently appointed experienced director, Natasha Stark, to head up its newly formed Amsterdam office. As one of Europe’s fastest growing regions, this is an exciting time in the ongoing international growth of the alliance, and now the seventh office in the DMCG Global network formed earlier this year. We spoke to Stark about this latest venture and what it means for the creative recruitment industry.

The agency and brand scene has developed so much in Amsterdam over the past five years, it’s almost unrecognisable. The city’s local economy is expected to grow by 2.8% in 2019 and an additional 2.3% in 2020, which could result in the creation of approximately 57,000 new jobs. 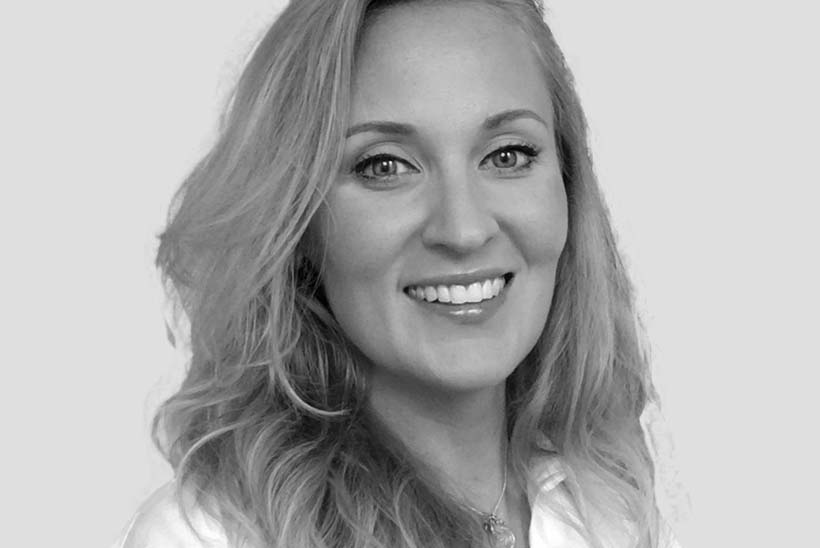 Stark, who has been living in Amsterdam for over five years and has even started a family there, comments: "Over this period, there has been regular coverage of the success of agencies like W&K, 180 and 72 & Sunny here, but believe it or not there are many others innovating and unsurprisingly it’s the brands themselves who are the talk of the town.

"HEINEKEN, Booking.com and Philips are just a few that are experiencing huge growth, with many able to compete creatively with the agencies."

There are new areas with offices and homes cropping up all over the city to support the ever-growing demand for a better work/life balance. Commenting on her move from London to Amsterdam, Stark says: "The lifestyle here nurtures creativity, it is diverse and has a great work culture. And the ability to speak English is pretty handy!"

It might be because of Brexit and it might be because Amsterdam is only a 40-minute flight from London, that many creatives, developers and account handlers are looking at a career in this English-speaking, creatively-led culture.

"The combination of small start-ups, big advertising agencies, digital agencies, as well as big brands who are already based here in Amsterdam like Nike, Diageo and Unilever, all make up the landscape here,'' adds Stark. 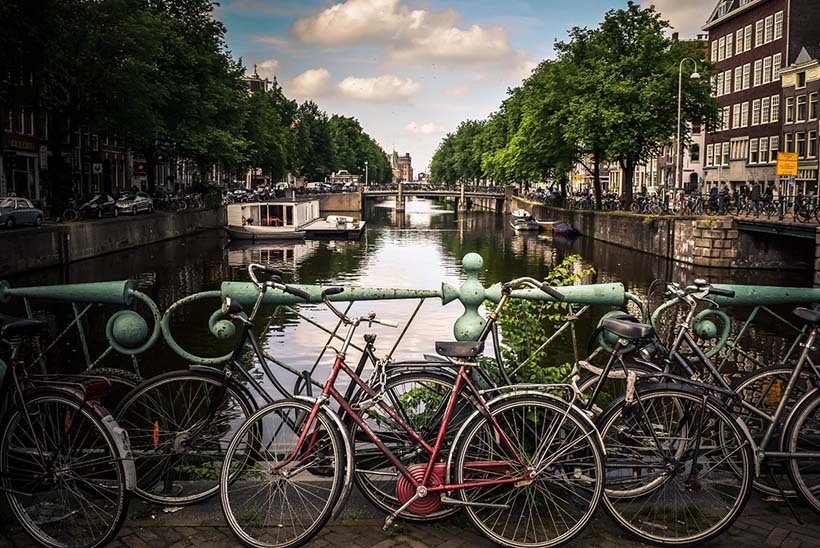 You can live in central Amsterdam, cycle to work and experience a slightly slower pace of life – what’s there not to like? Amsterdam is also attracting talent from Scandinavia, Germany, France and the United States.

It’s widely known that people are given a 12-month contract in Amsterdam before both parties commit longer term and it seems to be working well. The chance of getting your visa sponsored is also higher too, compared to places like London.

A hotbed of creative talent

Big brands are attracting a lot of talent in Amsterdam, as Stark explains: "The ability to work within a small creative agency as well as a big brand is a big pull for talent. Amsterdam has always been a hotbed of creative talent, and the tech boom is also noticeable. There are some huge tech brands that have their head offices here."

So which skills are in highest demand? Stark explains that with many fashion retailers’ European headquarters being based in Amsterdam, including PVH for Tommy Hilfiger and Calvin Klein, e-commerce and digital retail skillsets are unsurprisingly in particularly high demand.

She also reveals that tech developers are among the highest roles in demand due to the start-up scene, and points out that in the many new areas that are being built, like the man made islands in the east, and the huge metropolis in Zuidas, they arguably have the fastest broadband speeds in Europe.

Is Amsterdam somewhere you can expect to turbo-charge your career? "Career progression is what you make it,'' says Stark, "but with the positivity and growth happening here, you will always be able to progress."

And how do the salaries compare with other major cities? "The salaries are comparable to London", explains Stark, "although some people find the tax complicated and high at first but then realise that the services you get and the fact that everything is clean and works is worth it! The 30% ruling, whereby the employer can grant a tax free allowance equivalent to 30% of the gross salary, is also a huge pull if you are employed by a Dutch company before you leave the UK."

But Stark affirms that it’s not just about Amsterdam, it’s about Europe as a whole, and as such, DMCG Global is also going to be working with clients in Germany, Spain and France to name a few. 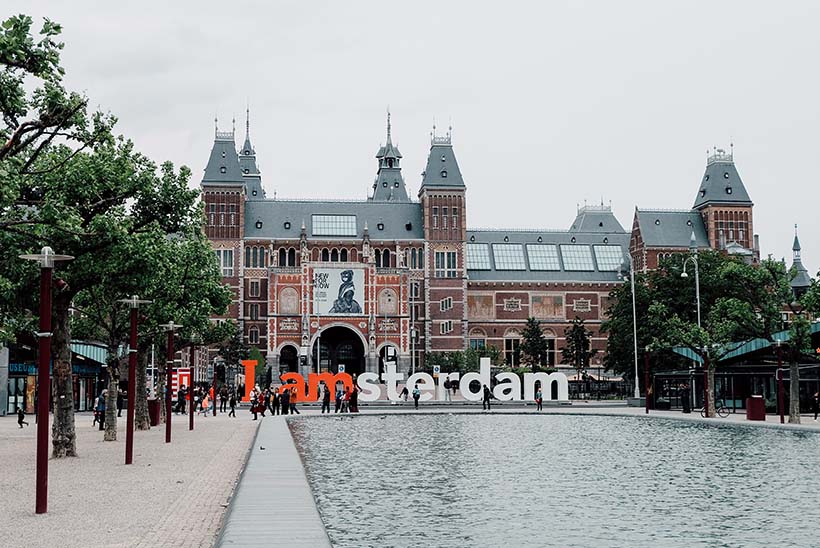 Dan Matthews, CEO, Daniel Marks and co-founder, DMCG Global, says: "Amsterdam is a global creative hub and a city where both Daniel Marks and MCG& Co were keen to have a local presence. The opportunity to open a dedicated office in Amsterdam within the DMCG Global network is exciting and complements the group’s talent offering with growing offices in London, New York, LA, Dubai, Hong Kong and Singapore.

"This means we’ll be able to use our global network to service our clients and candidates in Amsterdam more effectively with a dedicated local office and a director of Natasha’s experience at the helm."

Justin McGuire, CEO, MCG& Group and co-founder, DMCG Global, adds: "Amsterdam was a natural move for our group to expand into. DMCG already have active clients on the ground using our services and globally we have clients and candidates looking to move into Amsterdam and other key European cities such as Berlin, Barcelona and Frankfurt.

"The city is a celebrated creative powerhouse, so for us, a natural place to be. Natasha was an obvious choice as she has lived and worked in Amsterdam for many years and is well respected and networked by the creative and start-up community. Our team are very excited at the launch of our seventh office and to be working with Natasha to grow our European offering". 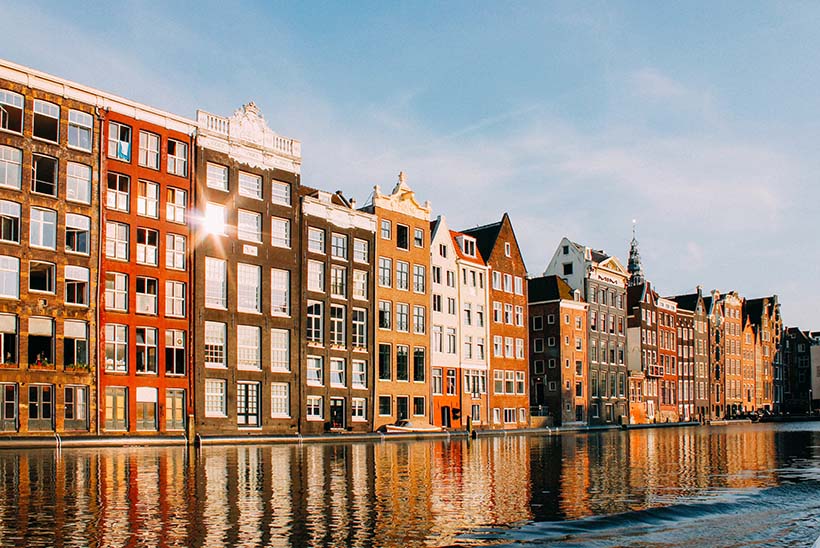 The roles DMCG Global will cover span creative, marketing, client services and strategy. If you’re a candidate looking for a new opportunity, Natasha Stark would be happy to have a confidential chat to give you insights into the market. If you’re a client, they can offer not just solutions for hiring the best global talent but also strategies to look at your employee value proposition.

Should you have any talent requirements or would like to know more about DMCG Global’s Amsterdam office click here.

How to build a sustainable talent framework

What is the future for AI careers?