Abbott Mead Vickers BBDO has collaborated with the charity The Outside Project to highlight the struggles many individuals face after coming out.

Launching after June's Pride month, the campaign promotes The Outside Project’s upcoming opening of the UK’s first LGBTIQ+ crisis shelter and community centre.

The Coming Out Kit’s contents include a sleeping bag and warm clothing, which are all stamped with quotes from individuals who have faced homelessness because of their sexual orientation or gender identity.

The kit itself is not available for the public to buy. The issue is also being highlighted through social media and a campaign website to persuade audiences to support the charity.

Coming out for any LGBTIQ+ individual, including myself, can be a terrifying experience, with rejection and potential mockery causing many to put off the conversation with their family, friends and colleagues.

The Coming Out Kit, however, showcases an issue that is often overlooked – the reality of being made homeless and abandoned because of that life-changing conversation.

With the campaign being driven by the shocking statistic of one in four homeless people identifying as LGBTIQ+, it is successfully creating a discourse around a problem that was sidelined by all brands during the Pride celebrations. 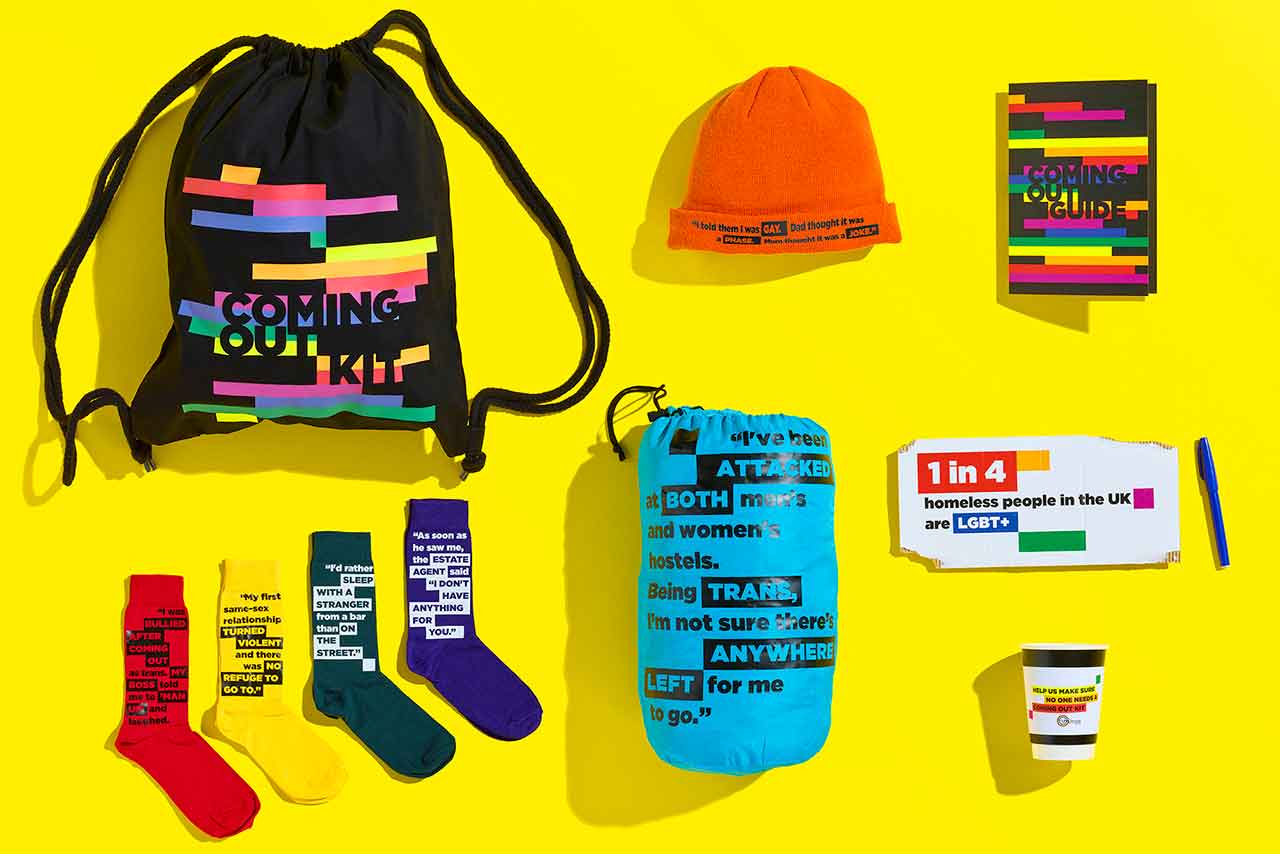 It is refreshing to see an LGBTIQ+ campaign launching post-Pride that is not just splashing a rainbow on a product to make it "inclusive". This feels like a passion project between the charity and the agency, to shout out about a shelter in need of donations and volunteers that could potentially save many people’s lives.

"Pride London has come and gone, but once the glitter had settled down, not everyone could go home. As well as celebrating the achievements of the movement, we need to acknowledge that too many people still end up on the street just for being who they are. This happens all year round," Gina Kelly and Olga Pope, the creatives behind the campaign at AMV BBDO, explained.

They added: "As nice as it is to see so many brands and retailers adding the rainbow flag to their logos in June as a sign of support... we need to keep these conversations going throughout the year – and all across the country."

The campaign launched with a film, recorded at London Pride, asking spectators what they would expect to see in a "coming out kit". Champagne, glitter and (ahem) sex toys were among the answers given, but the hard-hitting reality of the campaign showed survival items many were not expecting to see.

Carla Ecola, The Outside Project’s founder and director, said: "The Coming Out Kit demonstrates the unique and additional struggles faced by our community that lead to crisis and homelessness.

"We are currently looking for an appropriate space and additional funding for this innovative and much needed project to begin."

The crisis shelter will soon be opened in London, and will offer 24/7 support for people who are homeless and affected by the lack of LGBTIQ+ appropriate refuge across the city.