Throughout September, Marketing will be celebrating the 60th anniversary of TV advertising in the UK with a series of articles penned by influential industry leaders. The aim is to explore where TV advertising is now and, more importantly, its future in a rapidly evolving media landscape. We continue with Craig Mawdsley, joint chief strategy officer at AMV BBDO. 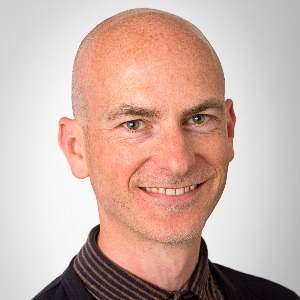 Before the 100m final at the World Athletics Championships earlier this year, the BBC ran a short film to whip the audience into a frenzy as good guy Bolt prepared to vanquish bad guy Gatlin. Leftfield’s Phat Planet rumbled menacingly in the background as US sprint legend and BBC pundit Michael Johnson said "tick followed tock"…

You know which ad he was borrowing from. Most of the audience knew. A latent desire for Guinness was probably stirred in a few of them, but no one at the BBC would have worried too much about that. Because this was a timeless point in popular culture that can somehow be referenced without cheapening the BBC, Johnson or Bolt despite the fact that it was an ad.

Because when TV advertising is this good, it can stand up for itself as a pillar of popular culture. Of course its purpose is commercial and therefore can never be considered art on any level, but that is equally true of the world’s great buildings and few feel that Gehry’s Guggenheim Bilbao is less impressive for being a huge advert for the city, much less pure than the art it contains.

TV advertising has been a powerful chorus alongside moments of our lives, weaving in and out along with the great pop songs they often contain. It gives us all shared reference points for humour and pastiche and builds real emotional value into businesses. Even as we now live in a world where usability tends to beat persuasion, the emotional engagement of TV remains primary.

It will unfold in the future on new screens and sidle up to different companion entertainments, but the power of TV will remain in shaping business and culture through emotion. It works because the more complex and fragmented the world becomes, the more that scale and simplicity will win. And TV at its best excels at this.