The NFL has partnered with Rovio Entertainment to create a limited-time Super Bowl game integration.

This collaboration has resulted in a Super Bowl LII twist to the Angry Birds 2 and Angry Birds Evolution games.

Within Angry Birds 2, mobile gamers and football fans can outfit their flocks with a choice of any of the 32 official NFL jerseys and helmets to compete in brand new Super Bowl-themed game levels as well as in-game competitions.

The Angry Birds Evolution Super Bowl LII events introduces 32 NFL characters into the game, and players will have the chance to get an exclusive new bird character called the "Quarterback", who will be outfitted in an NFL team jersey. In "Player Versus Player" mode, "The Oinktagon", gets a complete Super Bowl LII makeover as it is transformed into a football field. 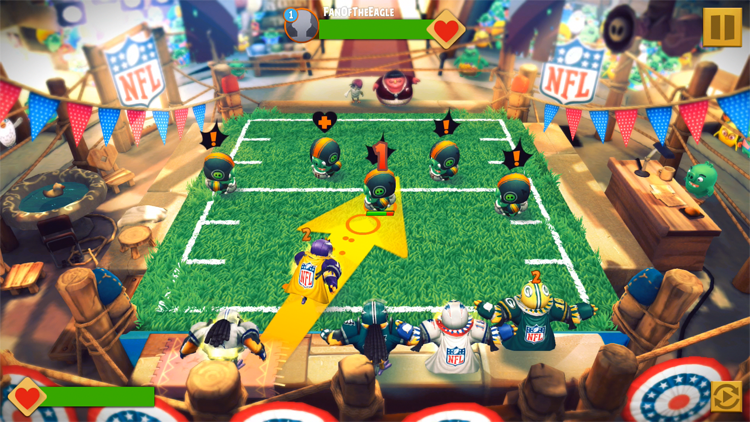 Global brand partnerships such as this will form part of Rovio's ongoing strategy, Miika Tams, vice-president, games at Rovio Entertainment, noted. "This is another great demonstration of the versatility of the Angry Birds brand as we spark the imaginations of millions of football fans globally."

The Super Bowl LII in-game events begin across both Angry Birds 2 and Angry Birds Evolution on 24 Wednesday and run until Super Bowl Sunday on 4 February.

Why Tide's cheeky Super Bowl gambit looks to have paid off

Delta Airlines, Tostitos and Doritos among brands activating at this year's Super Bowl