Sports marketing experts have questioned Anthony Joshua's decision to fight Andy Ruiz Jr in Saudi Arabia in December, amid claims the event is being used to 'sportswash' the kingdom's image.

On Friday, Amnesty International UK’s head of campaigns Felix Jakens accused the country of using sport as a vehicle to improve its reputation in the wake of human rights abuses, including the gruesome murder of journalist Jamal Khashoggi and Saudi-led military attacks on Yemeni civilians, homes and hospitals.

Jakens urged the 29-year-old Joshua to "inform himself of the human rights situation and be prepared to speak out about Saudi Arabia’s abysmal human rights record".

It is rumoured that Joshua stands to earn $70m from the repressive Saudi regime alone for choosing to hold the Ruiz Jr rematch there, while Sky Box Office is predicted to pay out $20m.

The Romans sports communications specialist Paddy Hobbs, who has previously worked on several campaigns around high-profile fighters including Floyd Mayweather, described Joshua’s decision to fight in Saudi Arabia as "a massive low-blow for the sport", despite understanding the need for boxers to maximise their earnings during relatively short, dangerous careers.

However, Hobbs points out that the Khan bout was "basically an exhibition" and Joshua is "one of the most influential sportsmen on the planet helping to portray the country in a different light to a global audience".

He added: "It’s such a shame that what could and should have been an event showcasing one of the most intriguing fights of the year, will now take place in a venue where the real fan isn’t on the guest list and ‘sportswashing’ will instead sit ringside."

The Playbook’s head of sport Nick Meakin believe’s Joshua’s shock loss to Ruiz Jr in the US meant that the AJ business plan had been thrown out of the window, and Joshua’s subsequent comments about needing to re-discover his passion for boxing had "created serious doubts about the longevity of his career".

"The knock-on effect was that money was always going to be the key driver of the rematch," Meakin said. "Despite both sides trumpeting ‘neutral ground’ messaging, the decision to choose Riyadh is business over boxing and not made with sport and boxing fans front of mind. I expect many more comments like those from Amnesty International as fight night gets closer."

'It's not just boxing' 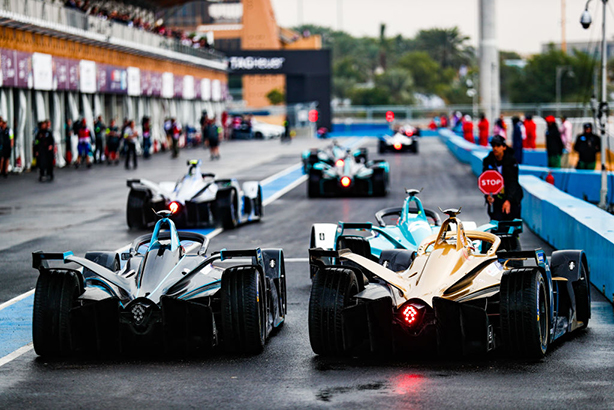 M&C Saatchi Sports & Entertainment CEO Steve Martin questions whether the decision to fight in Saudi Arabia is in Joshua’s best interests from a performance perspective, and that negative press around it could prove to be an "unwelcome distraction".

"I think it’s a strange call, given the jeopardy that is in his career. Boxers at his level can’t afford to lose too many fights because the equity can disappear overnight," Martin said. "They’re billing it as neutral territory, but I would have done everything to have it on home soil in the UK because psychologically it makes a huge difference...it just adds another distraction that isn’t required. It showed that he had too many distractions and lack of focus in his fight with Ruiz Jr in the US."

Martin believes it is clear that Saudi Arabia is using sport as a vehicle to create a positive perception of the nation because "sport transcends a lot of political issues".

"It’s not just boxing; there’s a seduction with sport globally to look at new revenue streams [in these countries]. You’ve seen it in women’s golf, in Formula E and boxing before – this isn’t new," he said. "You just don’t want sport to become the political hot potato, but boxing won’t care because it’s already so commercial."

Whether Saudi’s attempts to "sportswash" are a masquerade, or a sign the Kingdom is reforming, remains the be seen.

Martin is hopeful that sport can play a positive role in shifting perception but only if there is "genuine depth" to the change on a humanitarian front.

"It’s a tricky one. We all want to see positive change and evolution, but you can’t have it as icing on the cake and no depth to it."

This article first appeared on prweek.com/uk

It's a big year for sport