Declaring yourself against Black Friday has become as much of a marketing tool as promoting price reductions, with Jeep, Aldi, Lidl and John Lewis all holding their noses at the retail event of the year. 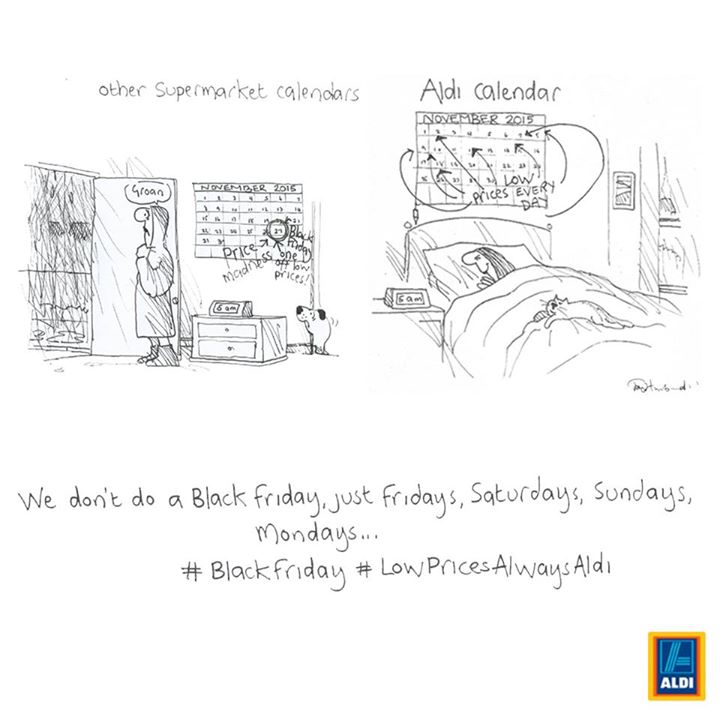 Perhaps taking a cue from Asda's disaster last year, Aldi has shunned Black Friday and used the event to remind consumers of its underlying promise of fair prices all year round.

The discounter posted a cartoon by illustrator Tom Husband on its Facebook page with the caption: "We’re proud to say that we don’t do a #BlackFriday, meaning you get to rest easy everyday that we’ll always save you money."

Putting #BlackFriday in the shade, no matter what colour day it is. #LidlSurprises pic.twitter.com/j6Pwh33ywR

Great ad from @johnlewisretail - how to use your long term value position when everyone else discounting pic.twitter.com/Ld8sw0rool

With a spectacular mixing of metaphors, he said: "I don't think we can put the genie back in the bottle but do we need to stoke that fire anymore? I personally hope not."

Yet the retailer hasn't ditched Black Friday altogether. John Lewis took out a print ad promoting a price-matching policy (i.e. the policy it always has) for Black Friday.

Like Aldi, the premise is that John Lewis offers fair prices all year round.

But this has confused customers, with several customers pointing out they could still get items like the discounted Fibit fitness bracelet cheaper elsewhere. 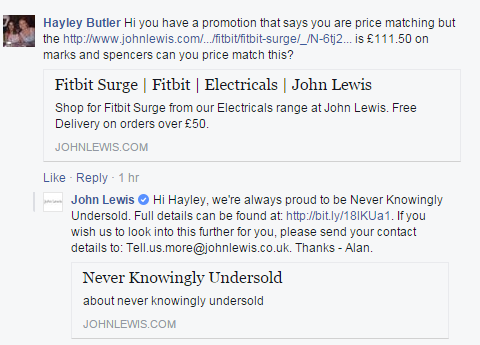 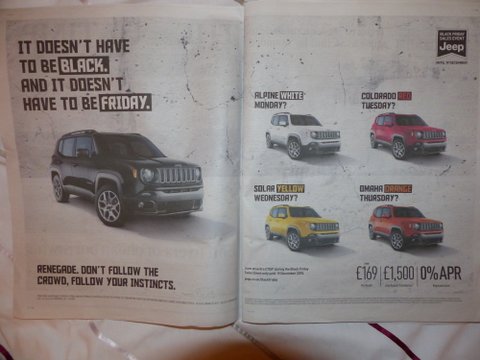 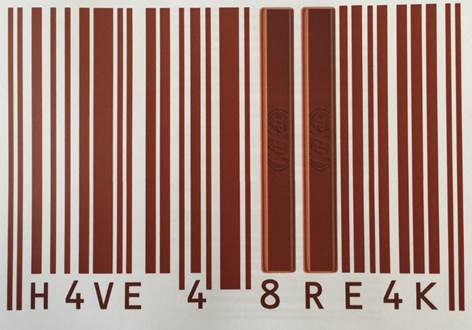 Not being a retailer, KitKat couldn't really partake of Black Friday but saw a golden opportunity to take part on social anyway.

From emotional commerce to neuroscience, six predictions for retail and brands in 2016

Black Friday's shop-ocalypse has arrived but what's the long term benefit for brands?

Tinder, Black Friday and the bulletproof power of platforms