Initiative introduces rating system similar to energy ratings that properties are given.

A new campaign demanding action on air pollution reveals that some of London’s wealthiest areas have the highest levels of air toxicity.

The Central Office of Public Interest has launched a citizen-funded tool that rates pollution levels by address through a system similar to the energy ratings that properties are given. At AddressPollution.org, users can enter their postcode and get a free report on the annual average levels of pollution there, along with any associated health or financial costs. 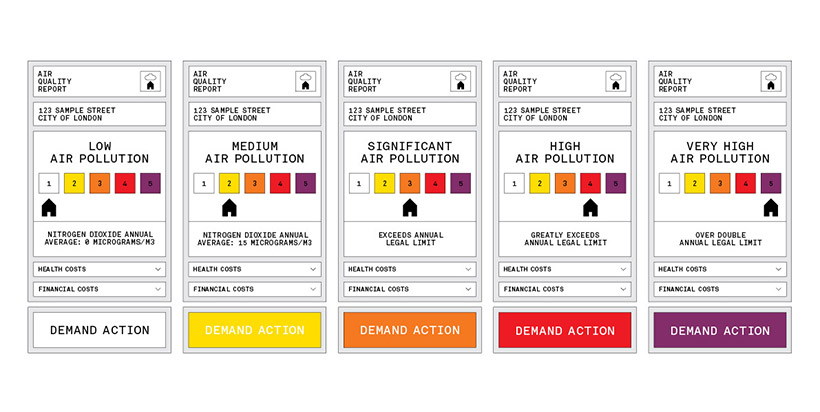 More than two million Londoners live in areas that exceed the World Health Organization’s annual legal limit for clean air. People can sign a petition on the website to demand action from the government, with specific action points suggested for each local council and MP.

The campaign, created by Abbott Mead Vickers BBDO, launched by projecting air-quality ratings on to homes around London. This included Park Modern, one of the capital’s most prestigious residential developments, which has a "very high" air pollution rating.

COPI is targeting wealthy inner London areas that have high ratings, including Chelsea, Westminster and the increasingly affluent London Fields. It will also contact estate agents across the capital to encourage them to disclose air quality and associated health costs to prospective buyers and renters.

A report from the nonprofit organisation shows that average house prices across the city could plummet when these ratings become public knowledge and 76% of Londoners believe discounts should apply to properties in areas that breach legal limits for air pollution.

Billboards share messages such as "Location, location, lung disease" and "These houses cost an arm, leg and lung". Animations of a brain, heart and lungs affected by air pollution will run on digital out-of-home sites and social media. 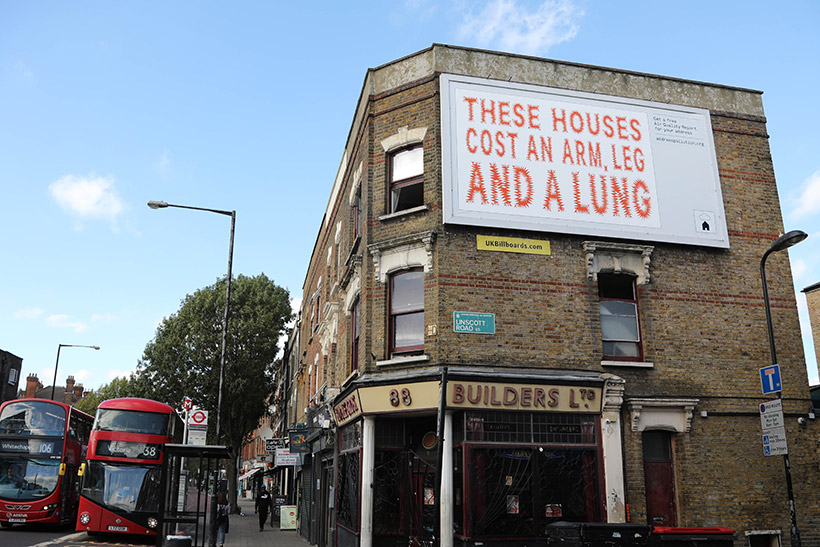 The work was written by Ben Polkinghorne and art directed by Scott Kelly.  It was partly funded by a Crowdfunder campaign earlier this year.

Humphrey Milles, founder of COPI, said: "Air pollution is killing people across the country and London is worst hit – but people don’t believe it will affect them personally. The air quality rating is a tool to change these perceptions and show just how real, and dangerous, air pollution is across the capital, including in some of the wealthiest neighbourhoods."

AMV and A&E/DDB most shortlisted at Big Awards

WPP to drop all single-use plastics by 2020

Corona, Parley for the Oceans and animator Pes team up for pollution film